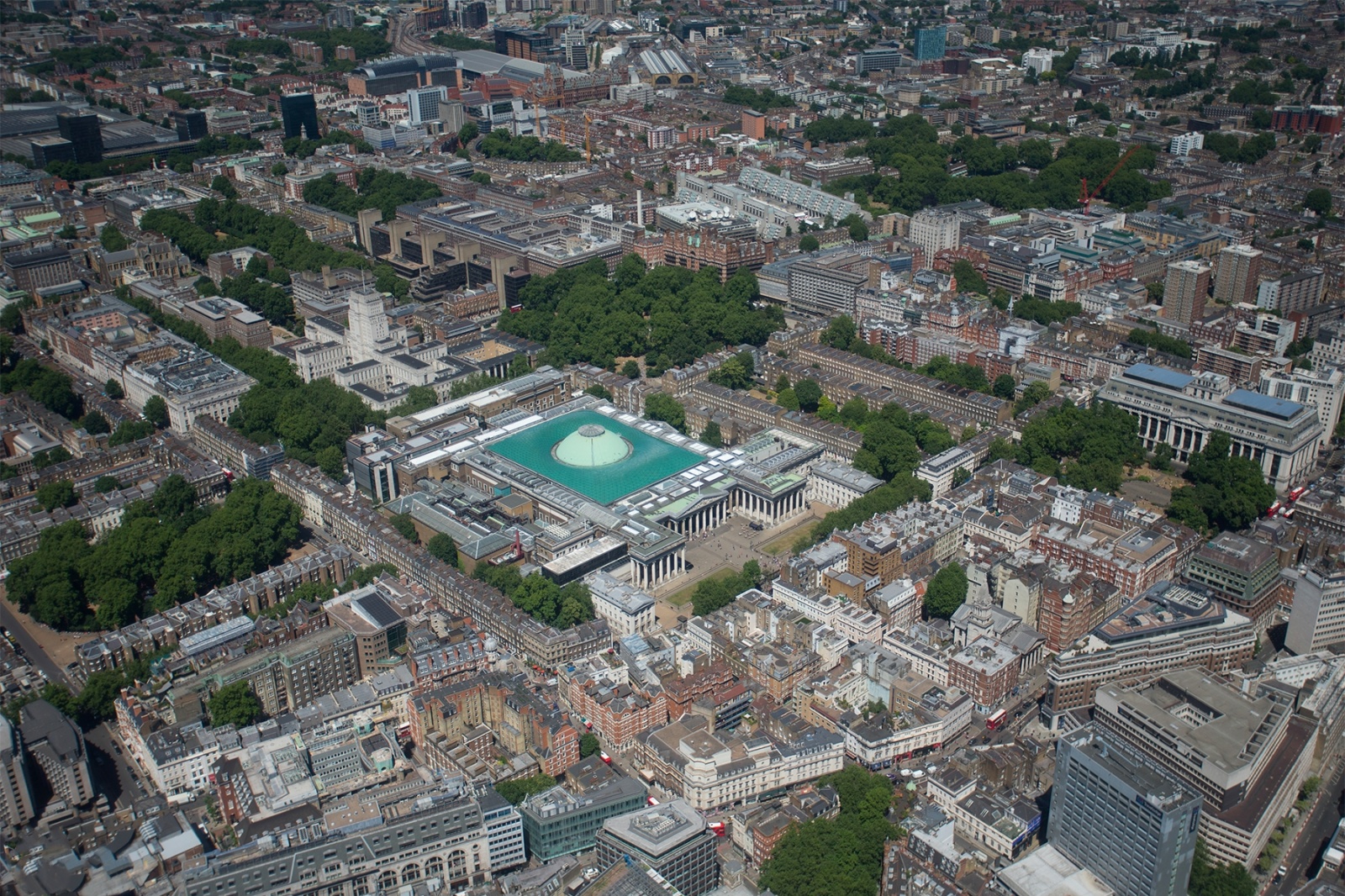 What All3Media will do with NENT Studios UK

All3Media has acquired NENT Studios UK bringing over 10,000 hours of shows into the distributor’s slate. Show Tracker data reveals the most likely homes for past and future scripted shows from NENT Studios UK.

One of NENT Studios UK’s more prominent titles is ‘The Cry’ which came to market back when it was known as DRG and has made slow but steady progress across a number of markets. 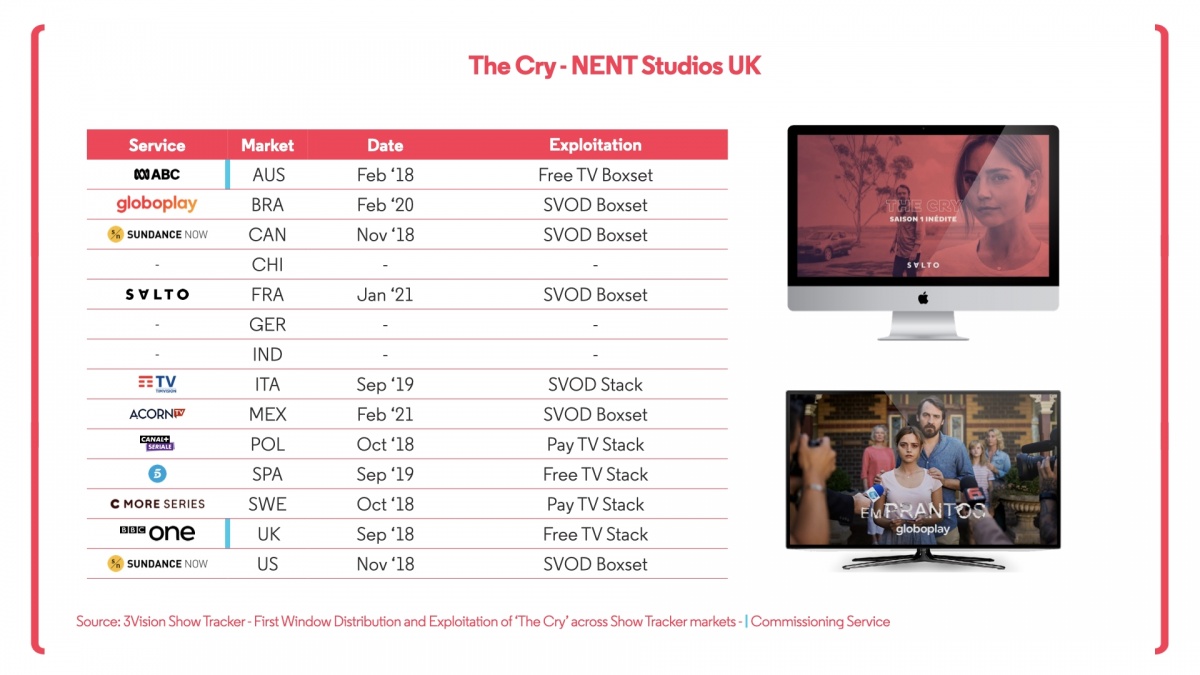 The title was sold to the French broadcaster M6 in 2018 who did not air at the time, instead waiting for the launch of its SVOD Salto, for which it shares ownership with TF1 (prior to any talk of a merger) and France Télévisions. A number of titles originally purchased for broadcast were held back by Salto's owners to help boost its launch slate last year.

Originally a co-commission between ABC (Australia) and BBC One (UK), NENT Studios UK also holds the format rights for the show.

All3Media has found some reliable returning buyers for its content that may become future homes for shows from NENT Studios UK. Over 70% of services acquiring All3Media scripted shows across Show Tracker markets are SVOD services. These include both big global players like Netflix, Amazon and StarzPlay capitalising on multi-market deals as well as local SVODs like FilmIn in Spain, a prolific buyer of British Scripted TV. 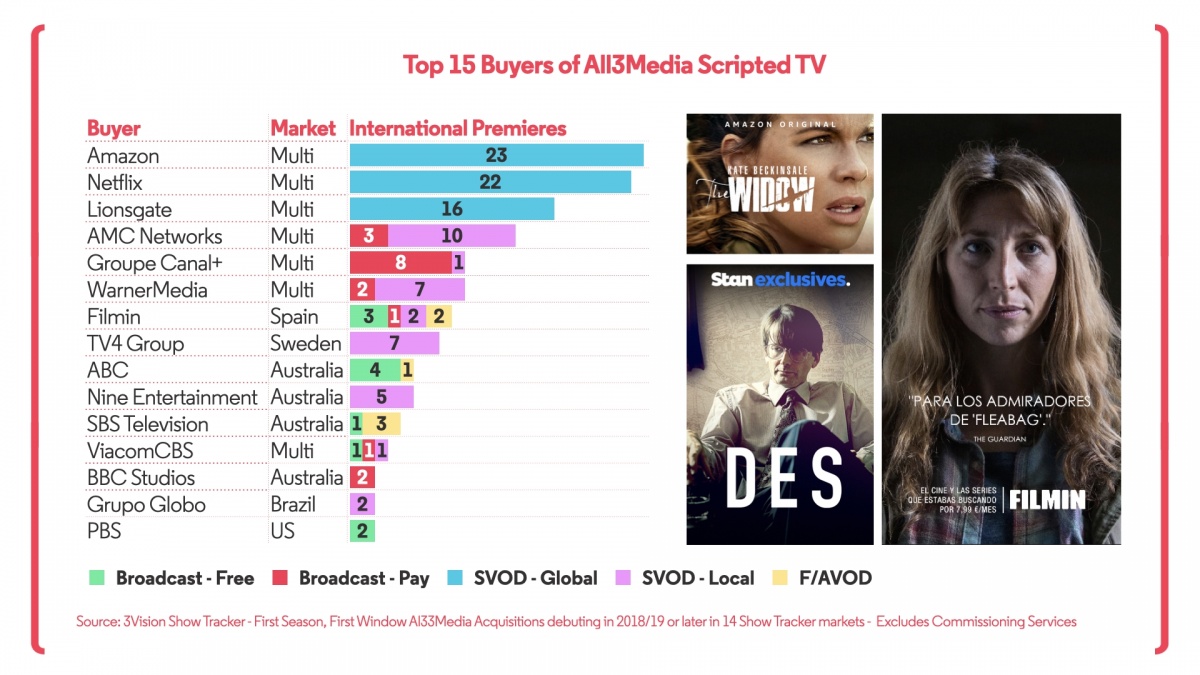 FilmIn acquisitions help make Spain the second largest international buyer of All3Media shows, just behind Australia which has a broad spectrum of services, with both SVOD and broadcasters acquiring content. In the case of SBS and ABC, some of these acquisitions have debuted as digital only titles for their catch-up services.

Other NENT Studios UK shows that may benefit from All3Media’s healthy selection of buyers include Cold Call which was originally distributed by Kew Media before its collapse, only managing sales on Acorn TV in Mexico and Sundance Now in the US and Canada, as well as its upcoming title ‘Lose to Me’, a Viaplay commissioned title that will debut in the UK on Channel 4. 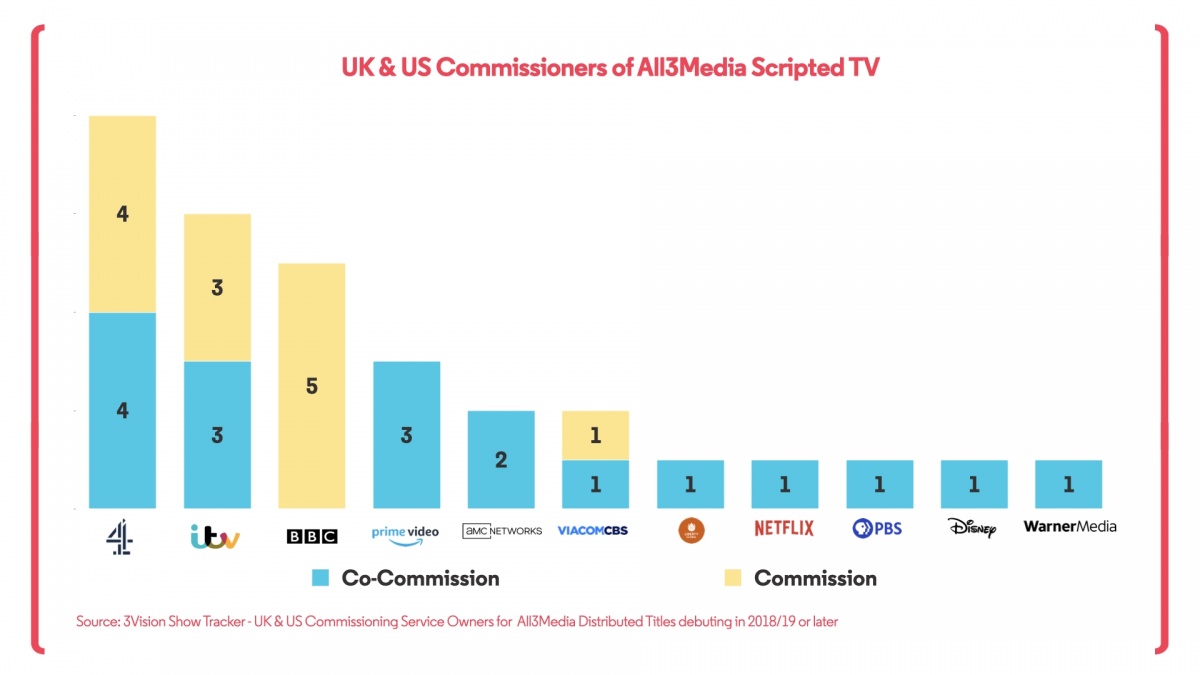 The BBC has had the most pure commissions of All3Media sold titles but both Channel 4 and ITV have had more in total with the help of US services signing on as co-production partners. Notable examples include ITV which has worked with Amazon Prime on on two shows, ‘Black Widow’ and and ‘Strangers’ (AKA ‘White Dragon’). Channel 4 meanwhile has worked with many different partners including Hulu, IFC, HBO Max and Netflix on titles ultimately sold by All3Media internationally.

Just over half of All3Media titles are co-productions between US and UK services such as these. Co-productions with US services are becoming increasingly common as US broadcasters favour co-producing UK content over acquiring them.

Consolidation continues to reshape the distribution market in multiple ways. In this instance we see All3Media taking the opportunity to grow its slate and strengthen its position as a distributor without a direct-to-consumer service, a type of supplier that is becoming an increasingly rare content pipeline for buyers. Meanwhile other distributors are potentially being taken out of the conventional distribution market entirely, as with the acquisition of MGM by Amazon.

Show Tracker will continue to be used by both buyers and distributors alike to keep a read on what continues to be a rapidly changing marketplace.