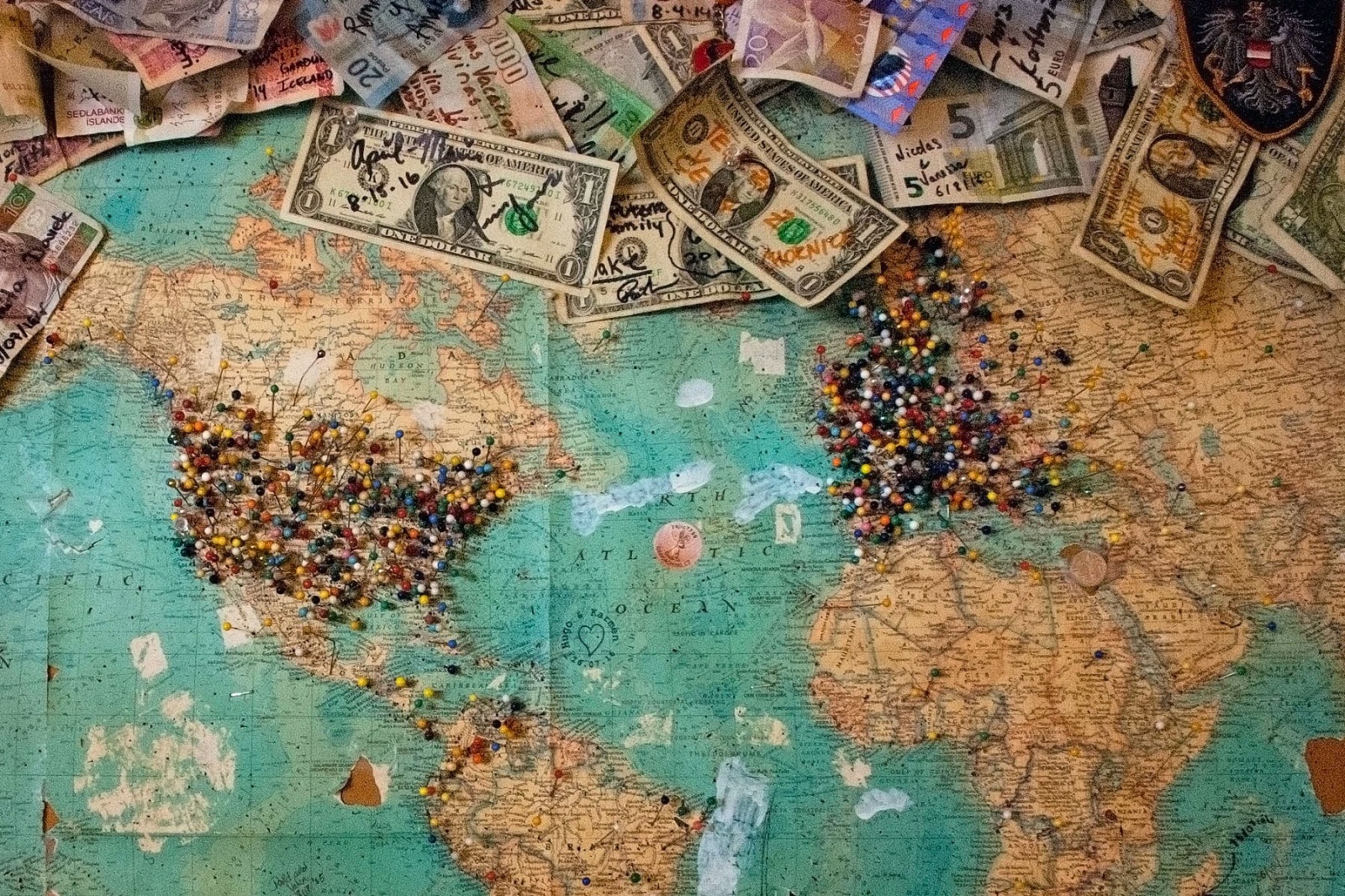 US Acquisitions of UK Content almost all by SVOD this Season

With the exception of PBS, all UK commissions that have debuted in the US so far in the 2020/21 annual season have done so on VOD platforms

Fresh SVOD services in the US with perhaps less content than originally planned are likely driving these numbers, with UK services and distributors ready to provide high quality English language content that has yet to be seen in the US 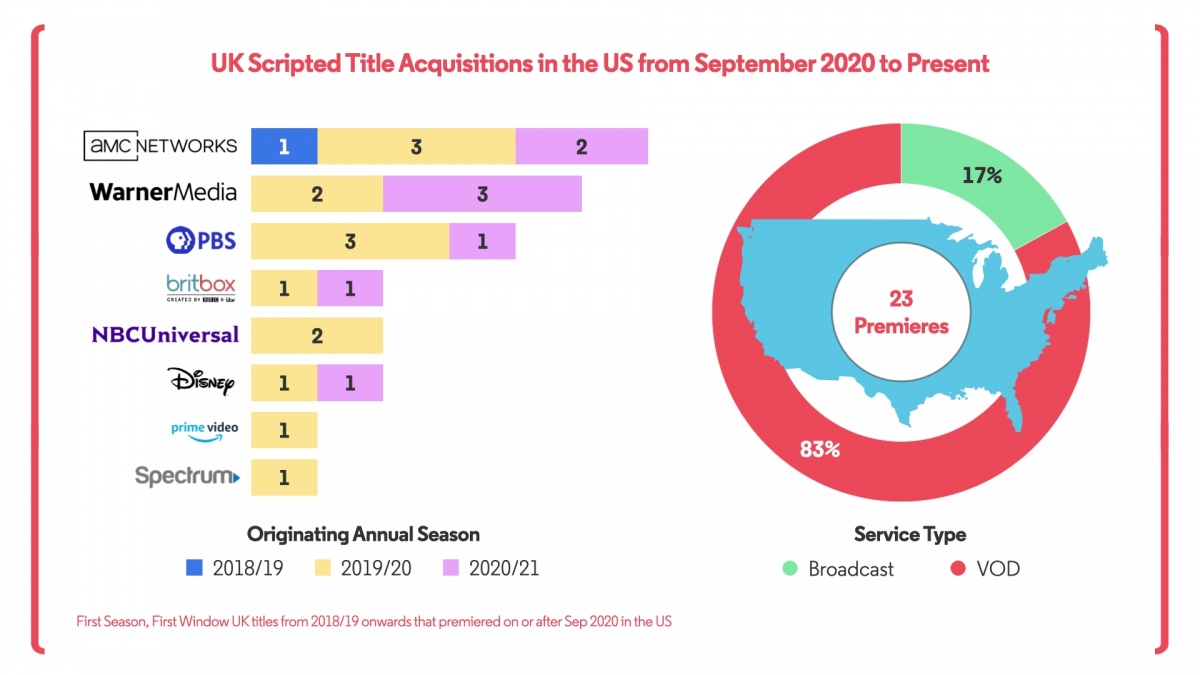 AMC leads in UK title premieres so far this season with acquisitions of titles for multiple of its SVODs, including Acorn TV and Sundance Now, but has also made ‘The Salisbury Poisonings’ from Fremantle exclusive to AMC+ which bundles all of the AMC owned SVODs (with the notable exception of Acorn) into one package

However in terms of acquisitions of recent titles, WarnerMedia is leading with three titles acquired by HBO Max that made their debut in the UK in the 2020/21 season, branding some as Max Originals 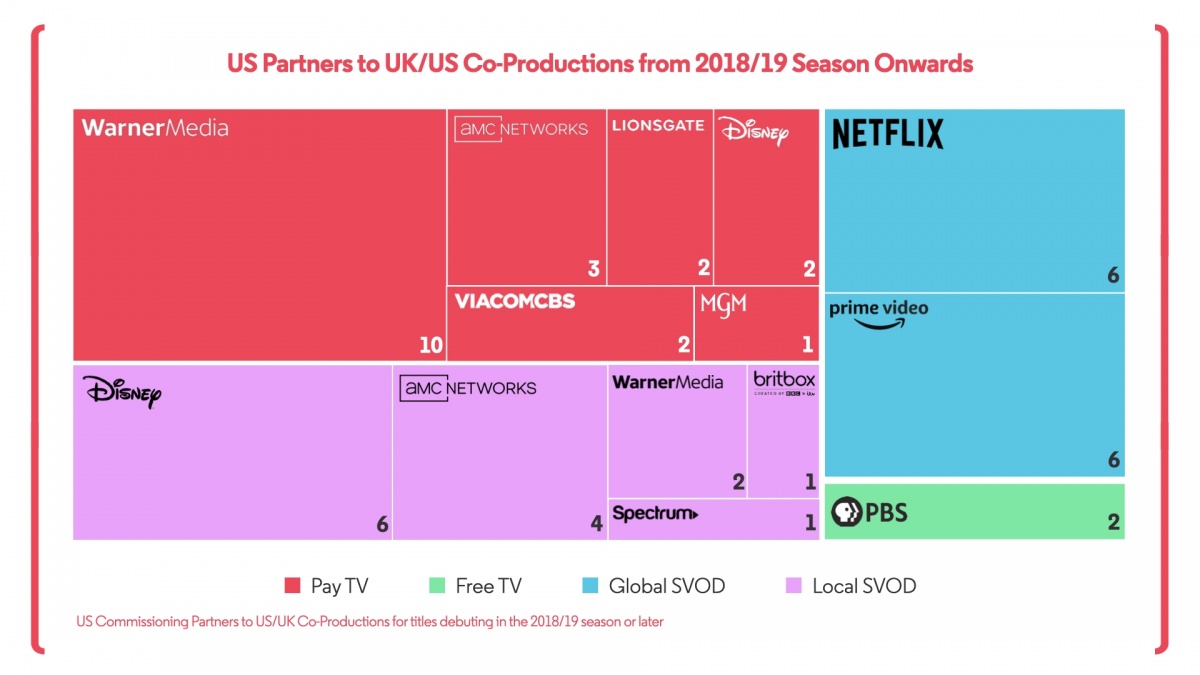 Netflix and Amazon make up a quarter of US partners to UK/US content, with both engaging in less multi-market deals and opting instead to co-produce titles with the UK as well as other territories they operate in

WarnerMedia has produced the most titles in partnership with the UK, with 10 titles co-commissioned by HBO and another two more recently by HBO Max

Disney and AMC also have engaged in UK co-productions across both their Pay TV and SVOD services, the former doing so with its FX channel and more predominantly with Hulu

Historically Pay TV has partnered the most to produce content with the UK and so far in the 2020/21 season, this continues to be the case, with 42% of US/UK co-productions that have debuted so far coming from either HBO or FX on the US side 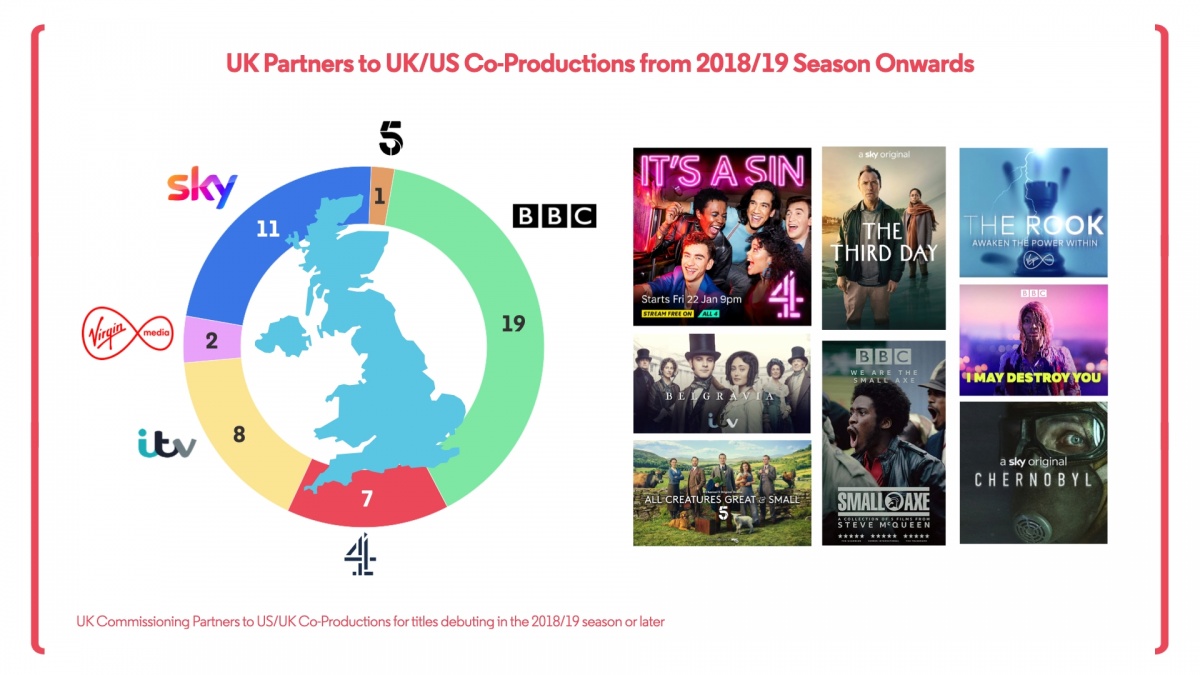 The UK side of these co-productions conversely largely consists of Free TV broadcasters (73%) with the BBC being involved with the most co-productions since 2018/19 working with Netflix, Amazon, FX, Starz, HBO and Hulu on a number of titles

US Studios have a stake in some of these UK services with ViacomCBS owning Channel 5 (which most recently co-produced ‘All Creatures Great and Small’ with PBS) and NBCUniversal owning Sky which alongside several co-productions with HBO, has licensed some of its pure UK commissions to Peacock in the US

With COVID disrupting productions all over the world, co-producing content with English language services that have more productive freedom or licensing older titles yet to air in the US could be a strategy we continue to see from SVODs as they try to bring a competitive volume of content to match the huge levels of Originals coming from Netflix and Amazon