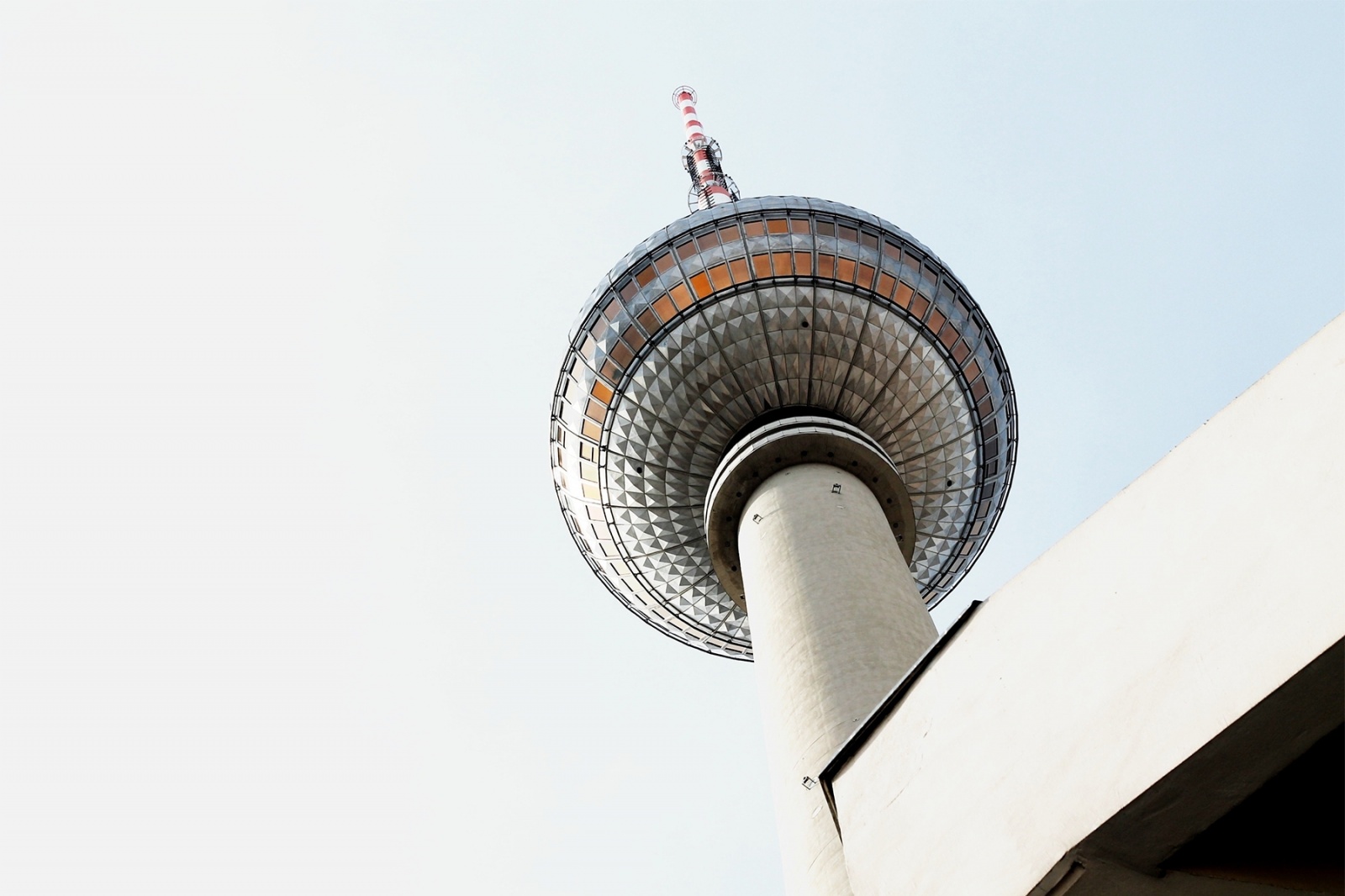 ProSieben has been the most active third party buyer of US Scripted TV shows this season in Germany, but Show Tracker reveals that all of these acquisitions are older TV shows that debuted in previous seasons. 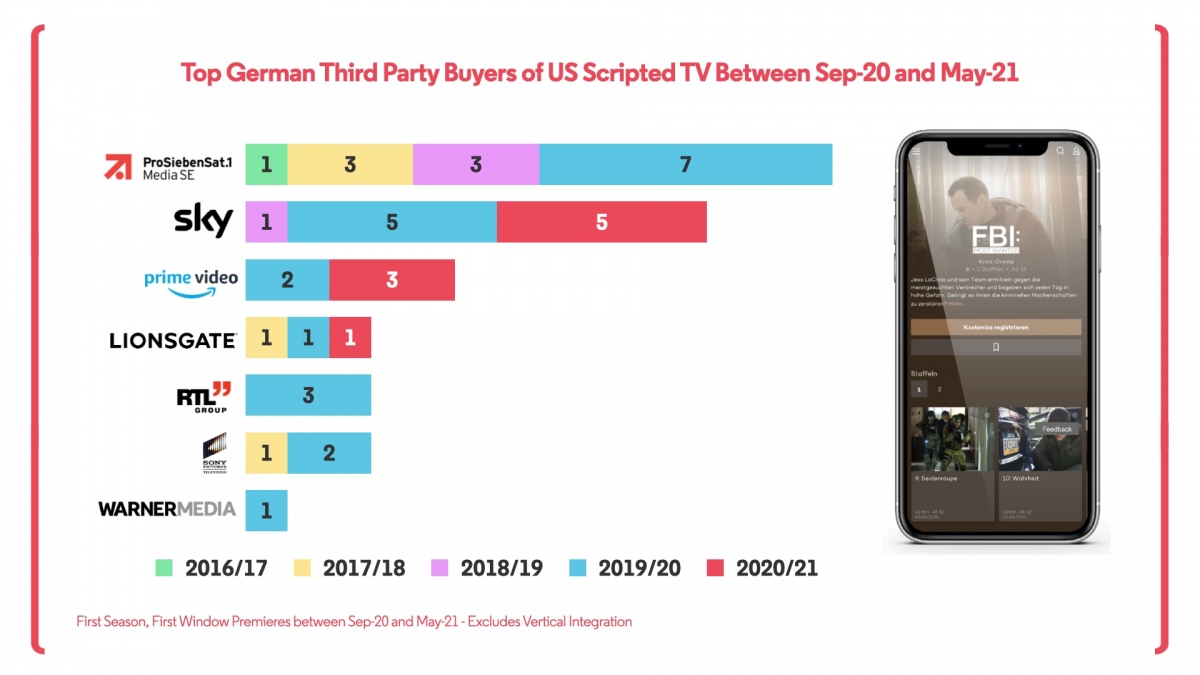 While more premieres in Europe than ever are driven by vertical integration, traditional buyers like Sky are still actively acquiring US content from third party distributors. The channel group has acquired the most new TV so far this season. With most of these TV shows currently being supplied by WarnerMedia (for which Sky Atlantic is the German home of HBO) and ViacomCBS (Showtime), the channel in the UK and beyond is putting renewed efforts into producing originals to prepare for when these content deals end.

Other local broadcasters like RTL in comparison are acquiring much less US TV shows this season and like ProSieben none of them are the latest titles. Their focus instead is on acquiring UK TV shows, where so far this season they are in the joint lead in premieres with Sky for UK and UK/US Co-Produced TV shows. 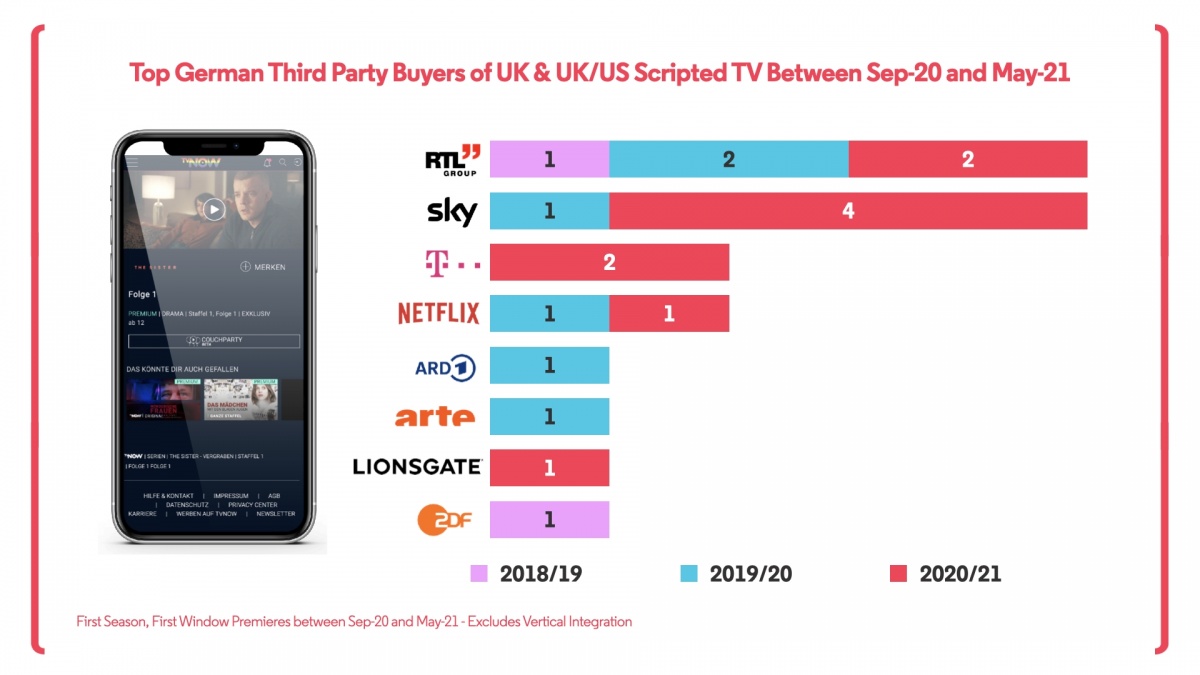 Two of these RTL acquired TV shows debuted this season - ‘Adult Material’ from Banijay which was commissioned by Channel 4 and ‘The Sister’ from Fremantle which was commissioned by ITV. Virtually all TV shows acquired by RTL this season, whether US or UK, have had digital premieres on its SVOD service, TVNOW Premium, rather than on their Pay TV channels in a linear setting.

Historically in Germany Sky once consistently premiered more US first window acquisitions than any other buyer in the market but since 2020 ProSieben’s acquisitions has been much more level with Sky and eventually overtook marginally them in 2021, supported in large part by its acquisition of previously unsold, older TV shows. 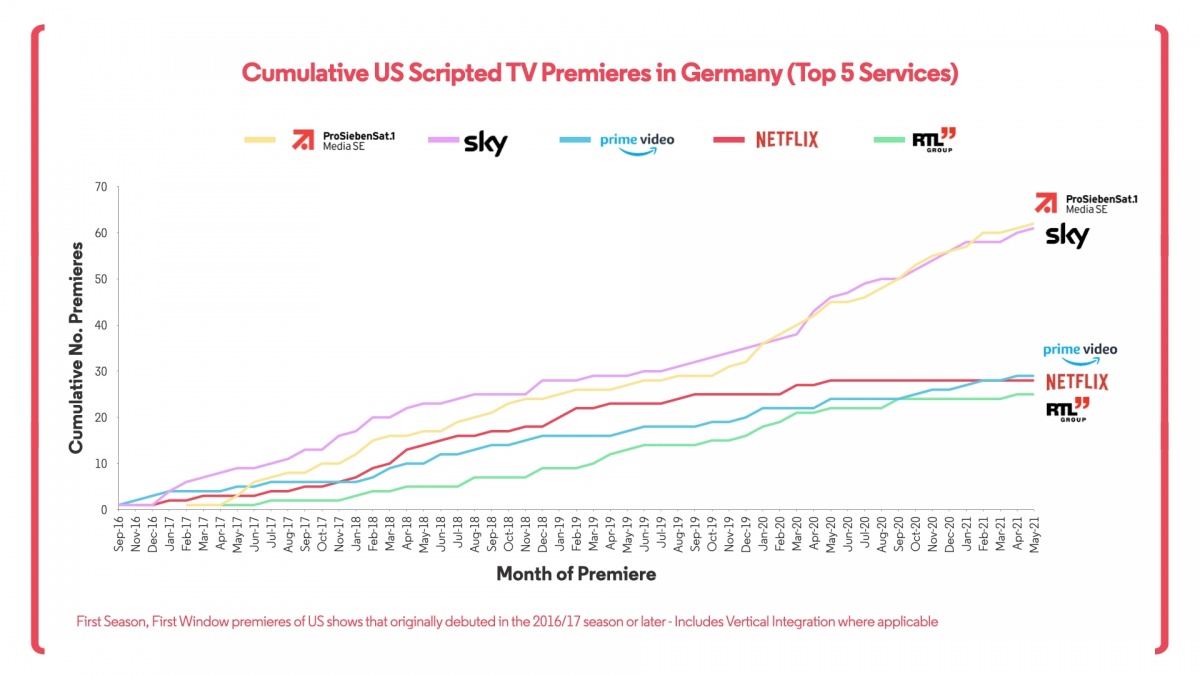 Netflix once was the third top buyer of US TV shows in Germany, after Sky and ProSieben, but in recent years its number of first window acquisitions have begun to plateau as it has shifted focus instead to producing more originals this season than any other US SVOD combined. The gap left in its wake is starting to be filled by both Amazon Prime, who has been acquiring more TV shows than Netflix across all markets, and RTL Group for TVNOW Premium. 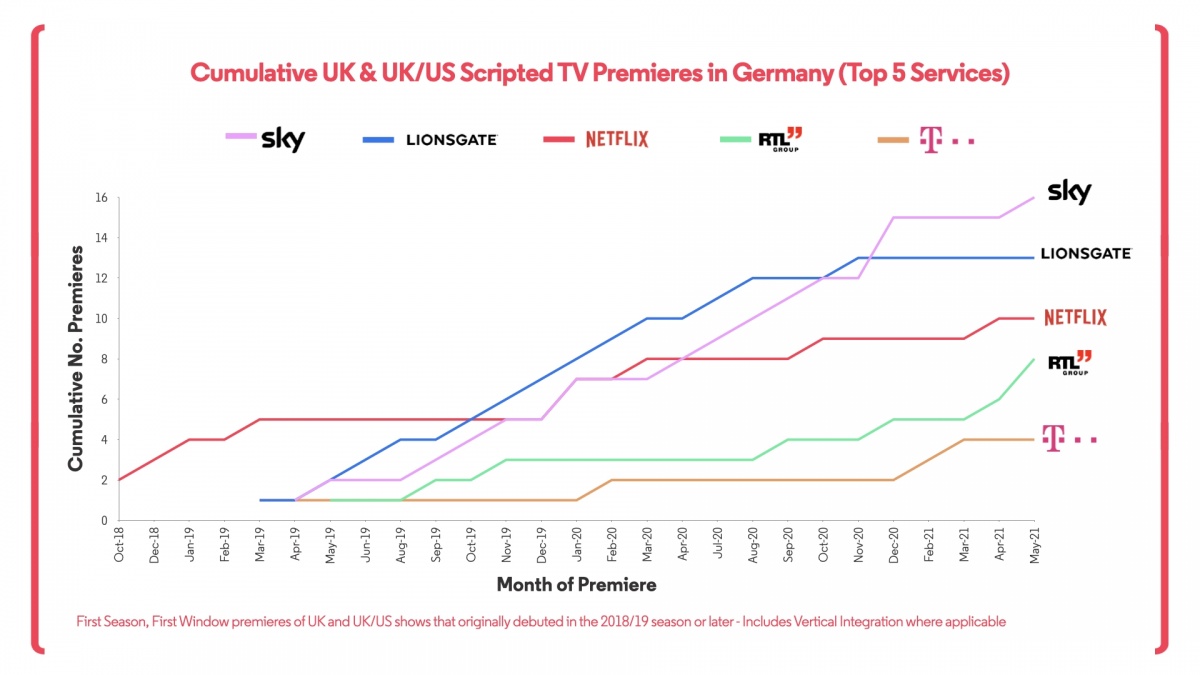 Netflix continues to remain more active in the UK acquisition market, still remaining the third highest buyer of content historically. Lionsgate has more recently become an active buyer in this space after its SVOD StarzPlay launched in Germany in 2018 on Amazon Channels, with the standalone app coming a year after.

StarzPlay has acquired more UK TV shows than both Netflix and Amazon in multi-market deals over the past three seasons, but they have also penned some deals on a local level for the German iteration of StarzPlay, including ‘Years and Years’ from StudioCanal and ‘Killing Eve’ from Endeavor. Starz VP, International Programming Jeff Cooke explained how they look for opportunities to acquire premium content on a local basis on Inside Content, the TV industry podcast from 3Vision.

Magenta TV from Deutsche Telekom is the fifth largest acquirer of UK content historically. The digital on-demand platform is available to Deutsche Telekom subscribers. Focus in recent years have shifted away from acquiring US TV shows for the platform, filling this gap in its library by offering RTL’s TVNOW Premium in an integrated bundle.

ProSieben is much less active in the UK TV acquisition market, showing their acquisition priorities continue to lie with TV shows coming from the US, even if these are much older, previously unsold TV shows. What remains unsold of the 2020/21 slate could very well end up airing on ProSieben channels next season instead.

RTL meanwhile continues to acquire more each season, and while its focus in Germany currently is more on acquiring UK TV shows rather than US TV shows, the increase in activity driven by its desire to grow TVNOW Premium could make it a prime target for many different distributors.