Increased Focus on Originals Production in 2021

For D2C services entering the market, the presence of exclusive content is most important and is their biggest differentiator from other streaming services. In the past three years Netflix has significantly increased its Originals output whilst decreasing the number of third-party acquisitions. 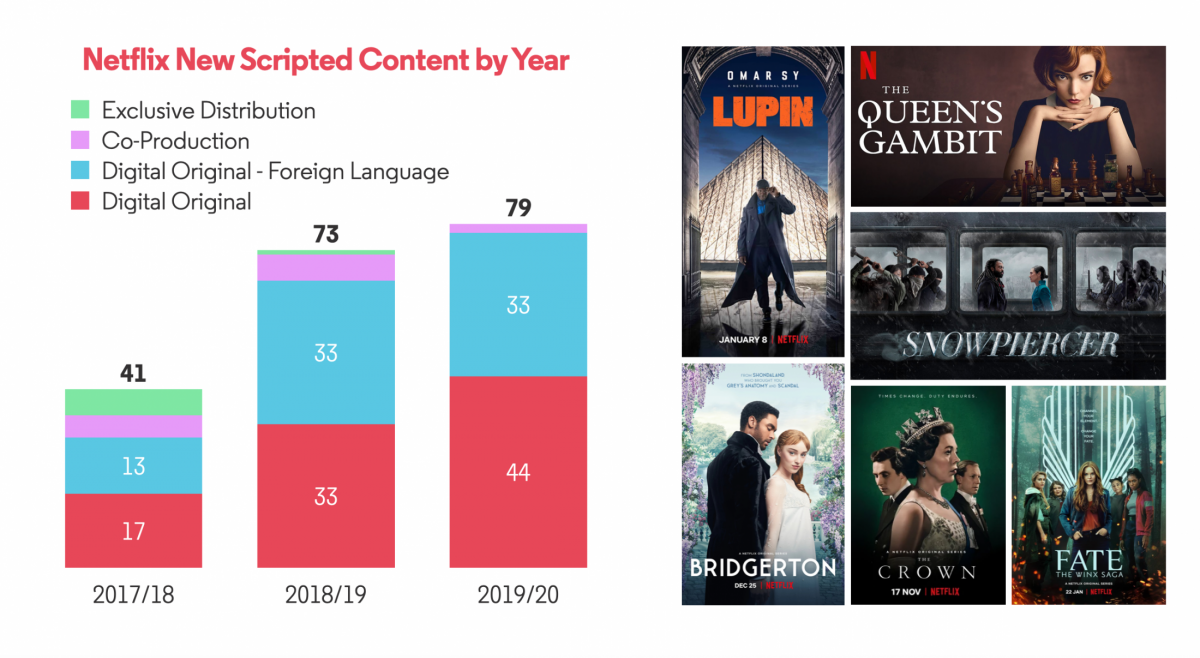 Netflix has a reported 200 million subscribers worldwide, with much of the growth in recent times coming from outside of the US. As they launch and expand in new territories the content spend is likely to grow further and is estimated to reach $19 billion in 2021. Market demand for content with ‘local’ appeal and quotas such as the EU’s 30% ruling are likely to have influenced Netflix’s strategy - in particular the significant increase in volume of new foreign language titles.

Sky this week announced its own plans to increase its Sky Originals output with 125 Film and TV series due this year. This will include 30 new Sky Original Films and 30 Documentaries in addition to a number of Drama, Comedy, Entertainment and Arts series. The 30 Original films due in 2021 is a significant increase on last year’s two, and is expected to increase further to one each week in 2022. It is possible that Sky’s focus on their own Original Films could stem from a reduced pipeline from US Studios following delays in theatrical releases.

Ensuring content supply in an ever changing industry is also likely to have been a driver behind their Drama and Comedy plans. Sky currently have output deals with both HBO and Showtime, with this content being a particular focal point for the Sky Atlantic channel. The long-term plans of both HBO Max and Paramount+ are still to be decided when considering markets where such output deals currently exist. Guaranteeing content security by developing a strong Originals content proposition is perhaps a wise move for Sky.

Sky has been a commissioning partner in a number of Original branded shows with varying degrees of production involvement and distributor activity in recent years.

Recent Sky Original ‘The Third Day’ is an HBO co-production, distributed by WarnerMedia and currently sold to 14 Show Tracker markets. The series has premiered on HBO SVOD and Pay TV services in markets where they have an existing presence and to third party services including Fox Showcase (Pay TV) in Australia, Ziggo Movies & Series XL (SVOD) in the Netherlands and Star Channel (Pay TV) in Japan. 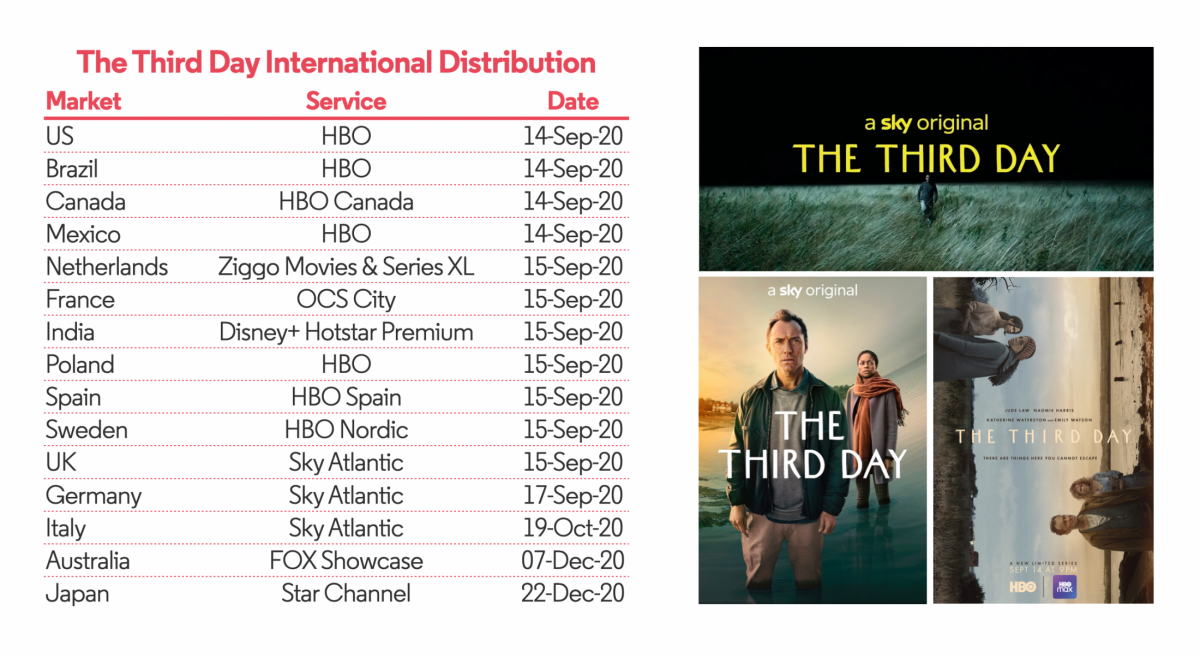 In the last few years around 40% of Sky Originals have been internationally distributed by third parties, including ITV Studios (Brassic), Disney (Breeders), Banijay (Two Weeks to Live) and Endeavor Content (The End). Sky are less likely to exhibit such titles in the UK as a Boxset (just 33% of recent series), with In-Season Stacking more common. Sky Originals being distributed by NBCUniversal (or formerly as Sky itself) are far more likely to appear as a Boxset on Sky’s UK Pay TV Service (76%).