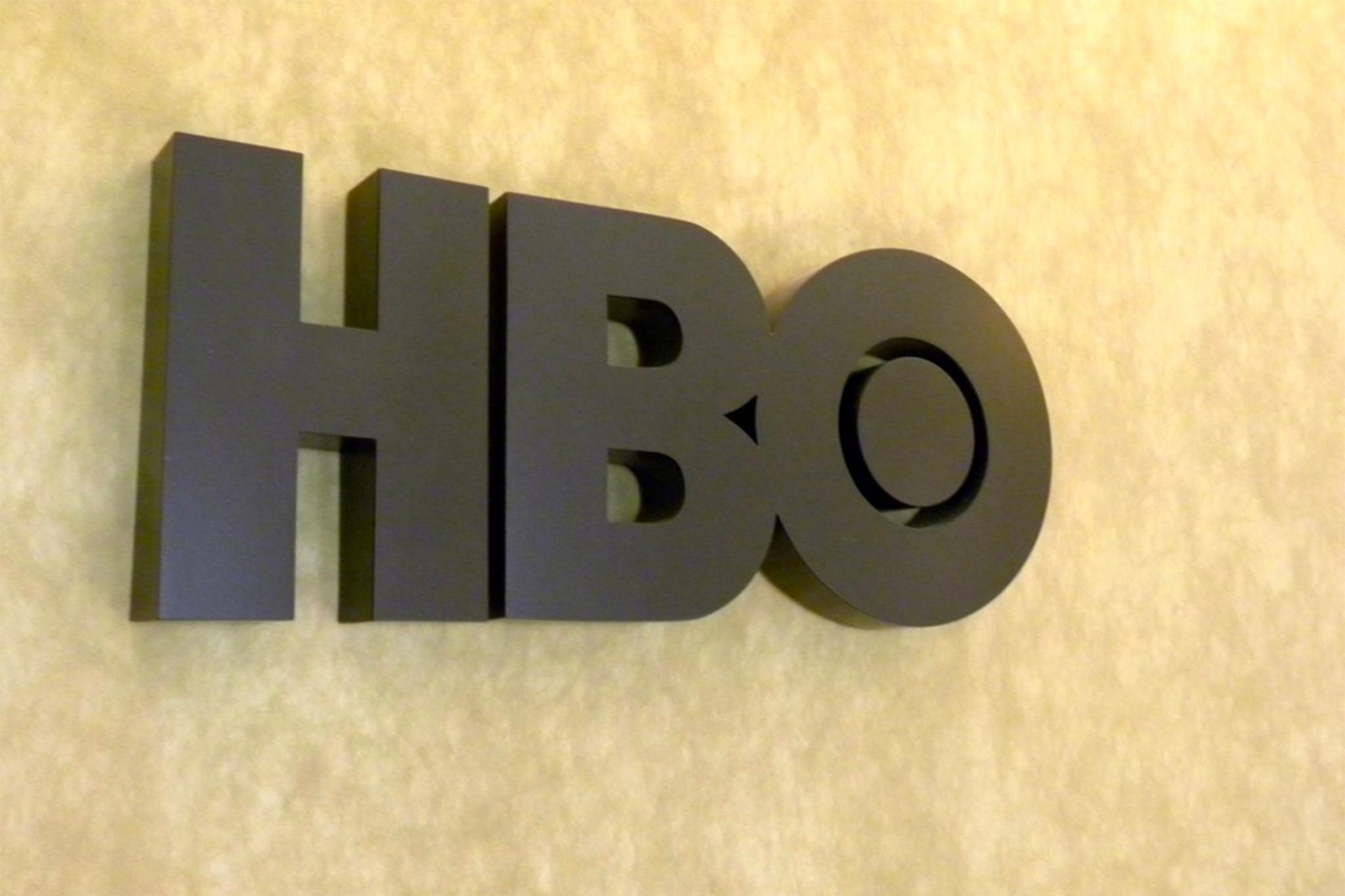 The Many Homes of HBO

HBO TV shows will remain on third-party services in numerous international markets in the coming few years at least.

WarnerMedia has now begun the process of launching the HBO Max streaming service outside of the US and Puerto Rico, beginning with Latin America and the Caribbean at the end of June. The global expansion is set to sweep further into Europe later this year, with a move further east and into Asian thereafter.

WarnerMedia has had long standing volume deals with a number of key buyers for its TV shows that it has chosen to renew rather than try to launch HBO Max globally. Earlier this year it was announced that the video streaming service would not arrive in the UK, Germany and Italy before 2025 due to the extension of its content deal with the Sky Group. Existing licensing deals that have been extended include those with (Australia), Bell Media (Canada) and OCS (France). 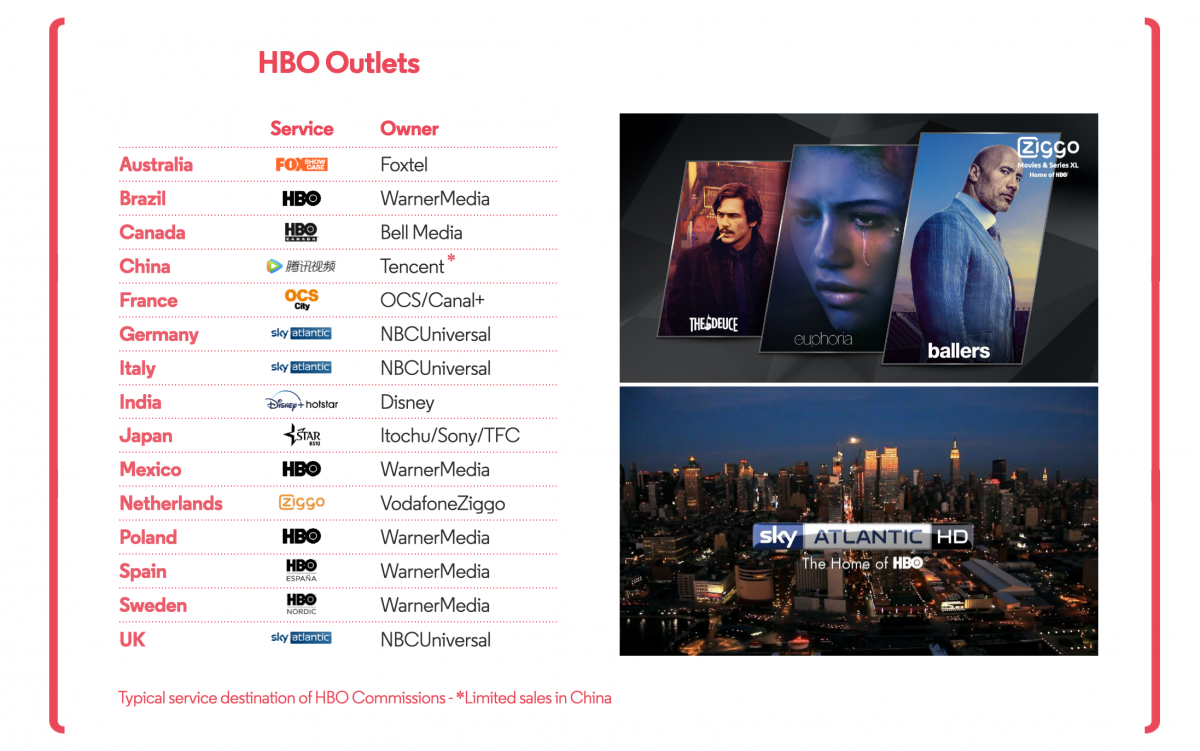 WarnerMedia has historically engaged in D2C activity with HBO titles in all the markets that it has services active, bolstering their service libraries with quality content to form a strong content proposition in what is a challenging media and entertainment landscape.

At present these services operate with local acquisition teams, creating a roadblock in a centralised content approach or global rebrand to HBO Max.

Even its two SVODs, HBO Espana and HBO Nordic have big differences in its third-party content acquired. 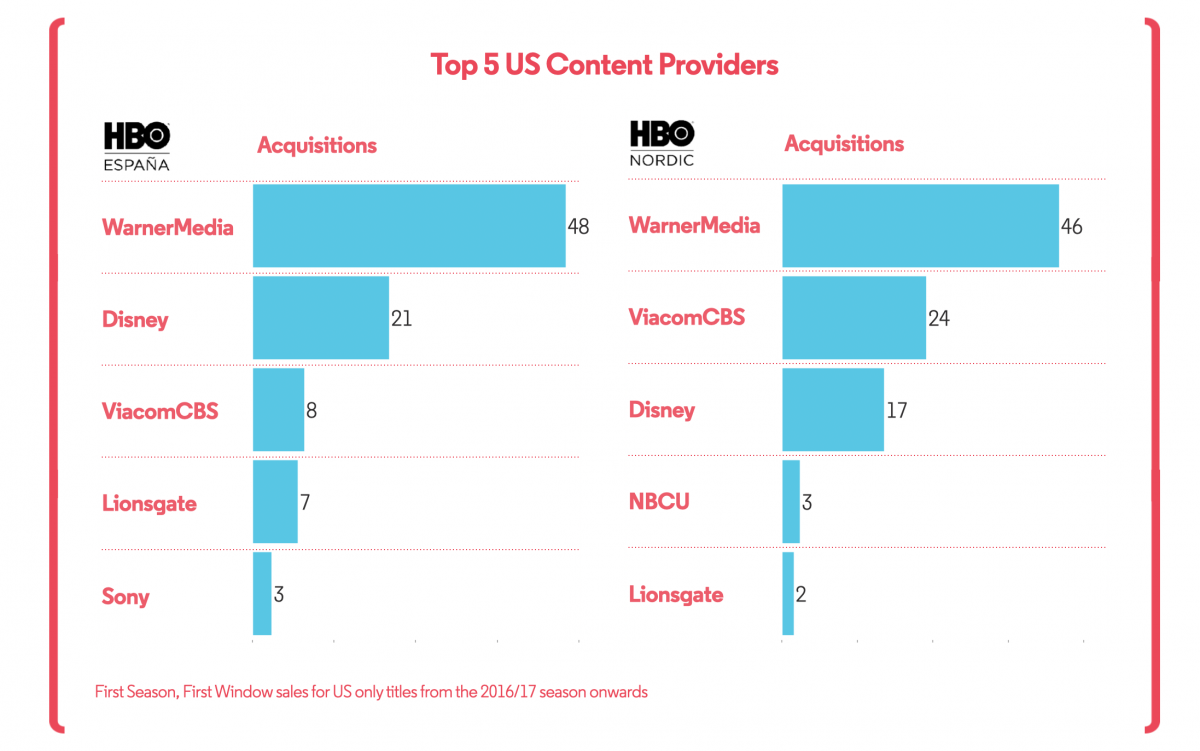 The local acquisition teams clearly operate on different priorities based on the needs and circumstances of their markets.

HBO Max titles however are finding different homes in some markets than their HBO counterparts. 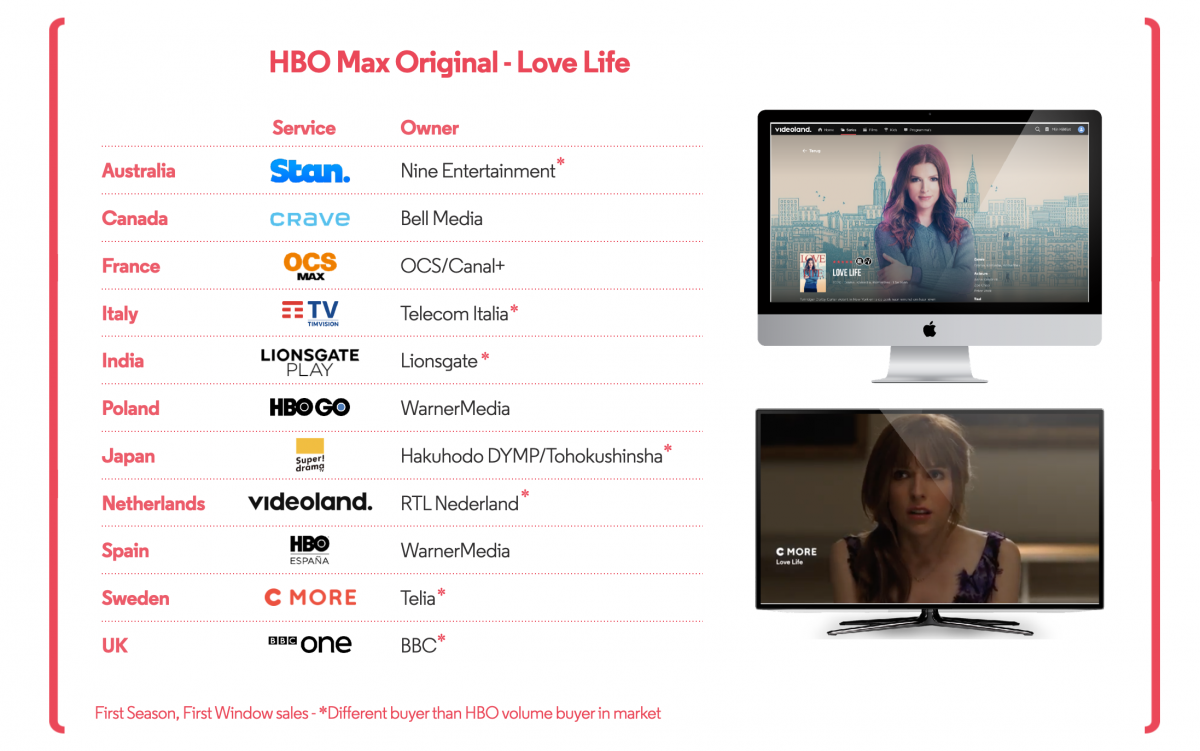 ‘Love Life’ was one of the first Max Originals to launch on the service, but as its international distribution rights were held by Lionsgate it sold to a number of services that aren’t typically able to take Warner shows.

Even HBO Max Originals distributed by WarnerMedia clearly operate outside of the typical Warner volume deals in most markets, with different approaches to different shows

The animated ‘Close Enough’ went to Netflix in a multi-market SVOD deal covering most Show Tracker markets except Germany and France where it went to Warner owned services. ‘The Flight Attendant’ was acquired by Amazon Prime in Germany rather than finding a home on usual HBO partner Sky.

Domestically, HBO Max has acquired a number of shows to add volume to its content offer, with acquisitions from international distributors being branded as Max Originals. Such titles include ‘It’s a Sin’ and ‘White House Farm’ from All3Media, ‘Adult Material’ and ‘Two Weeks to Live’ from Banijay, and ‘The Trial of Christine Keeler’ from Keshet International, who feature in this week’s edition of Inside Content