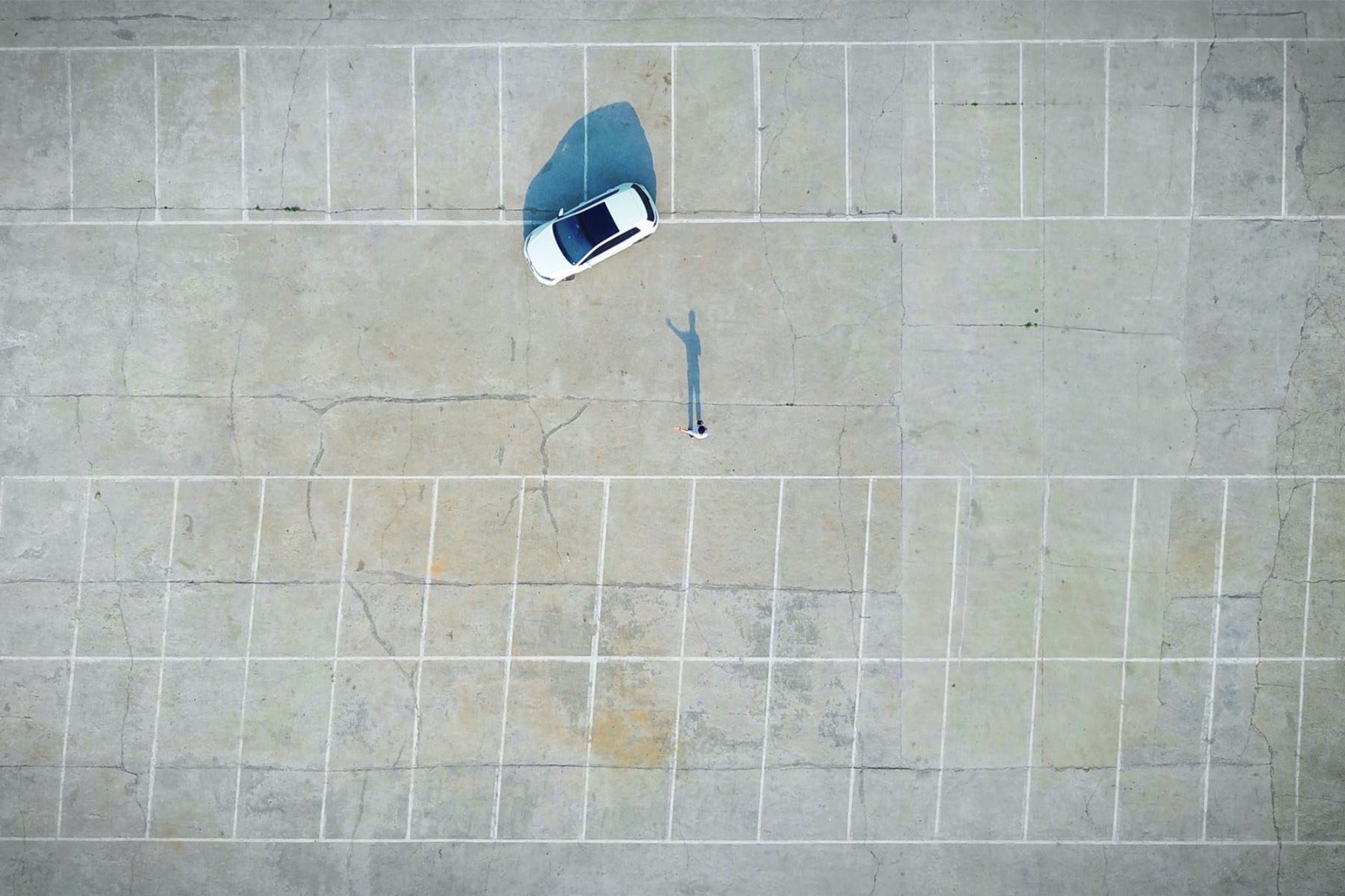 D2C isn’t limited to emerging SVOD activity however, Studio-owned broadcast services as well as SVOD continue to take advantage of their relationship with their parents’ distribution arms, licensing some of the latest content from the 2020/21 season from their counterparts

With the exception of Italy, D2C activity is on the rise in all major European markets compared to this same period (September to February) in the 2019/20 season 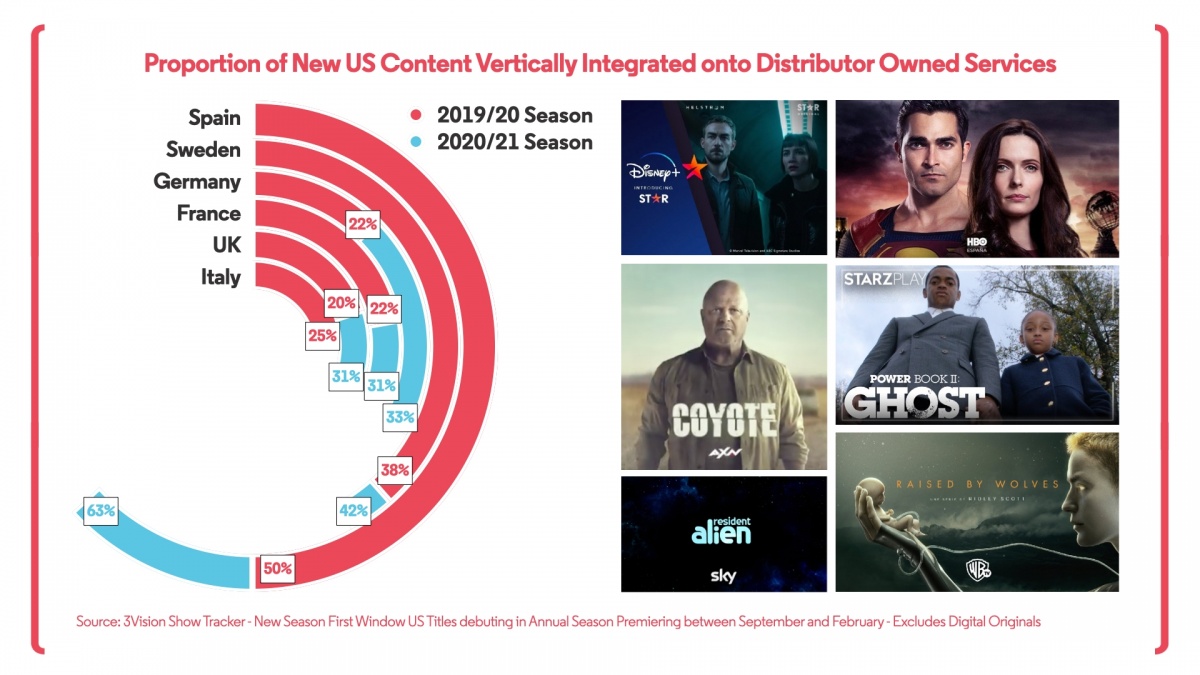 While broadcast services are still an avenue for vertical integration, data from the current season shows over 60% of vertically integrated titles are appearing on distributor owned SVOD services rather than broadcast 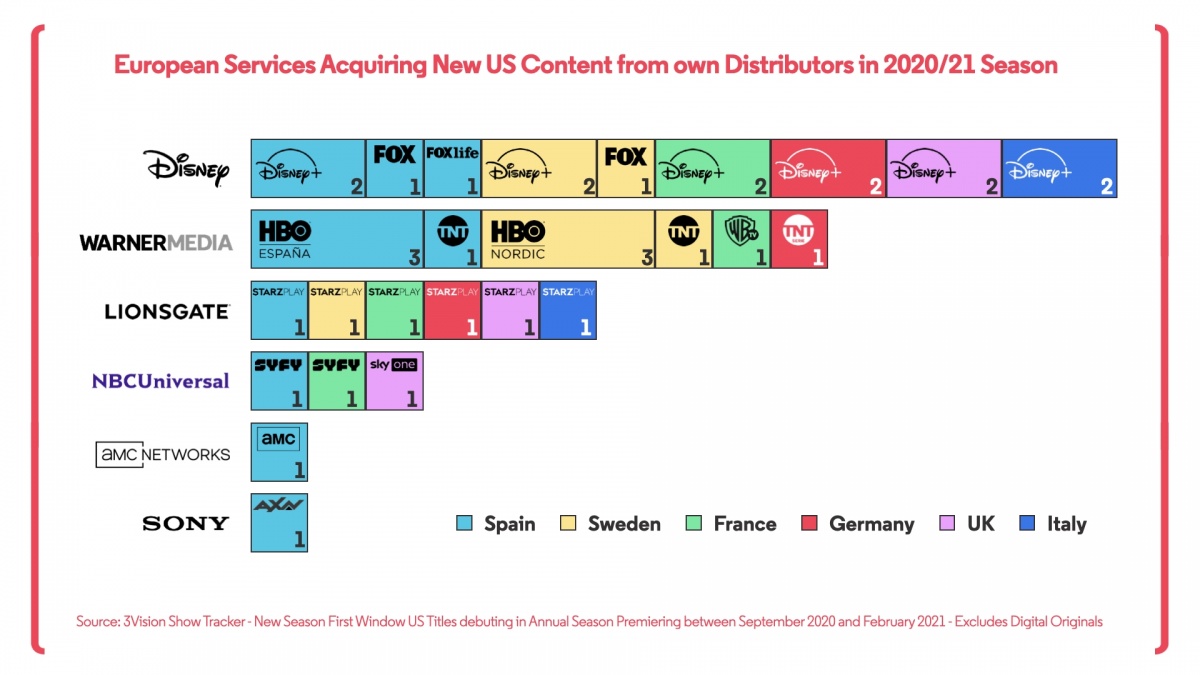 The launch of Star has given a big boost to Disney’s D2C levels, as titles typically debuting on FOX, FX or Hulu in the US will now be surely bound for Disney+ in relevant territories, airing as Star Originals

WarnerMedia is still diverting some content to its TNT branded services, even in markets such as Spain and Sweden where HBO is prolific, airing ‘Raised by Wolves’ on TNT services first before making them available on HBO later in the season

Lionsgate’s activity is limited so far but nonetheless consistent, with ‘Power Book II: Ghost’ appearing on StarzPlay in all markets it has launched

AMC has opted to boost its own channel in Spain with its title ‘Soulmates’, which was acquired by Amazon Prime in a multi-market deal spanning all other Show Tracker markets outside of the US, Canada and China despite the presence of AMC in Latin America

NBCUniversal’s D2C activity is fairly limited considering their size, with them leading in Europe instead as one of the top buyers of third-party content alongside Amazon Prime 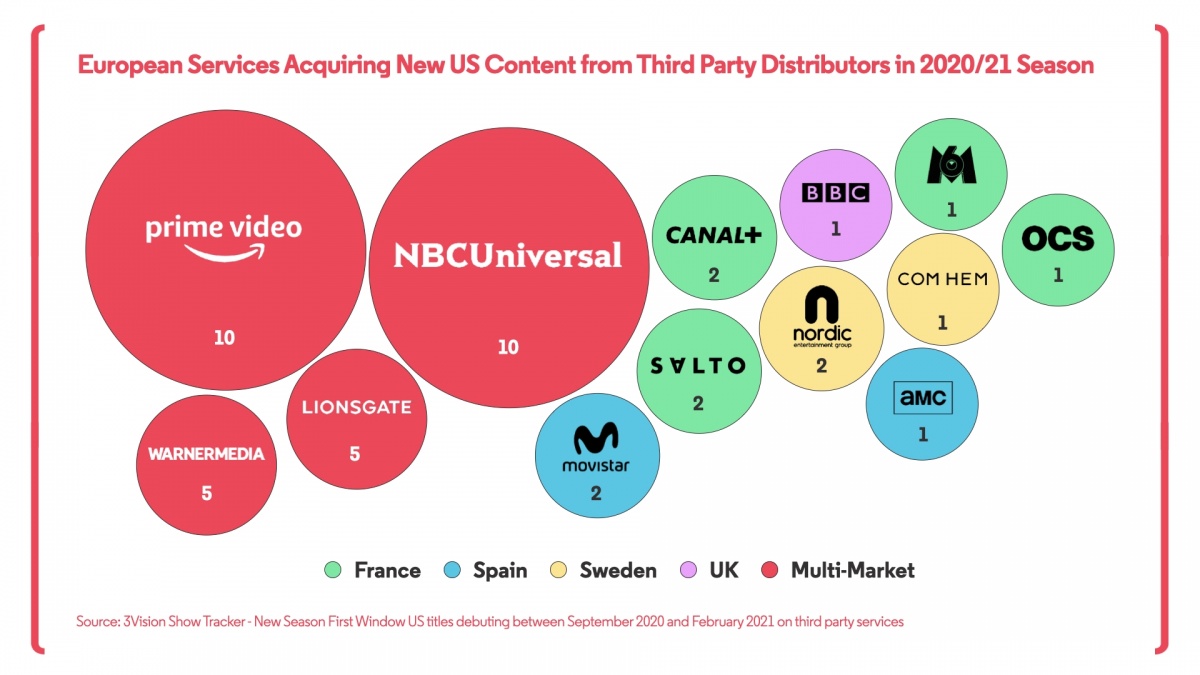 With so much new US content expected to become effectively unavailable to local broadcasters in Europe, particularly in markets such as Spain, distributors without a D2C focus will become increasingly rare, making their content libraries all the more valuable to local buyers