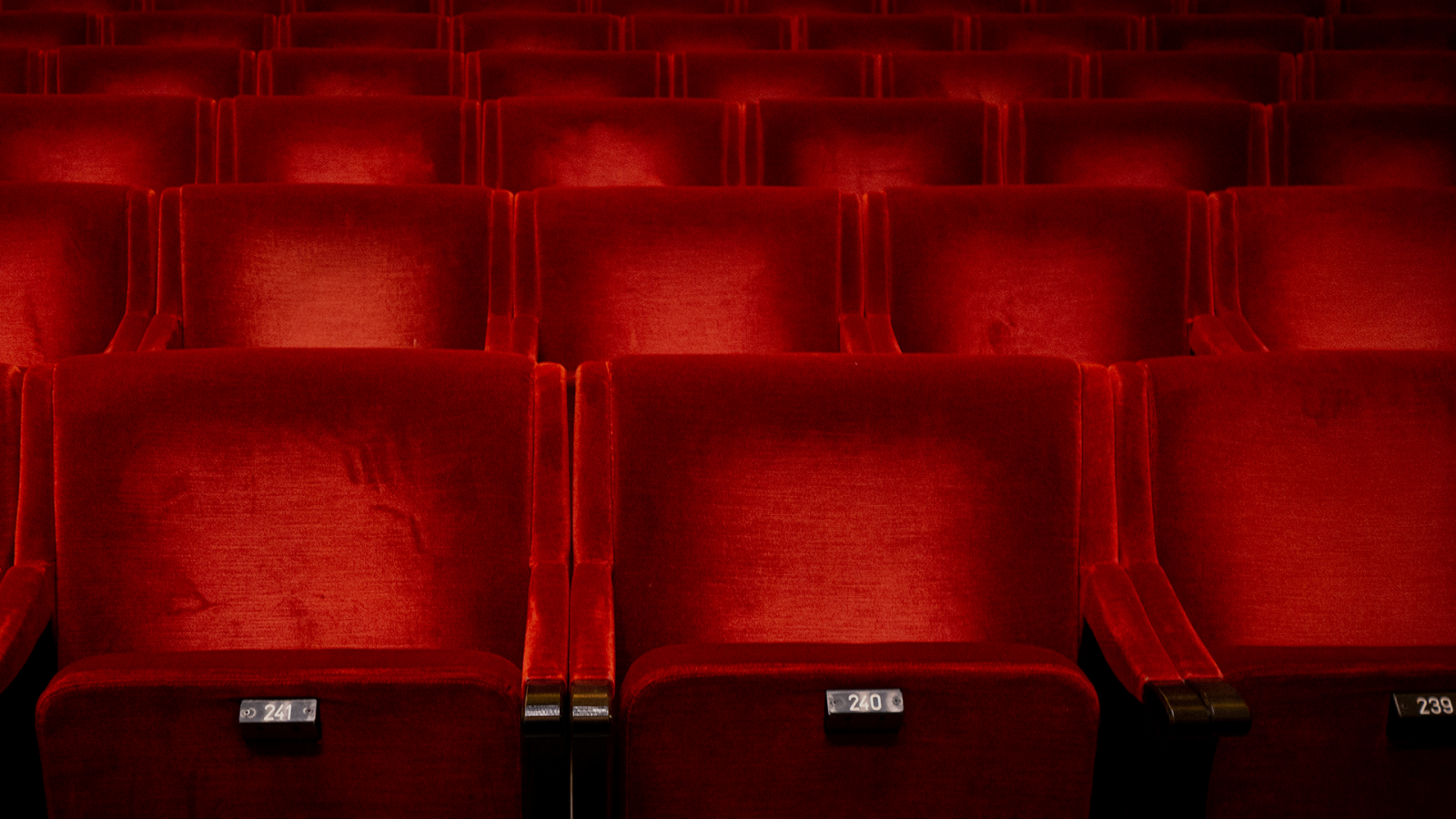 For another year, the Emmy nominees for both outstanding Drama and Comedy are revealed by Show Tracker to be nearly impossible for international services to acquire as a result of them either being vertically integrated by studios onto their own services, tied up in volume deals, or developed for global SVOD services with a footprint in every major market. 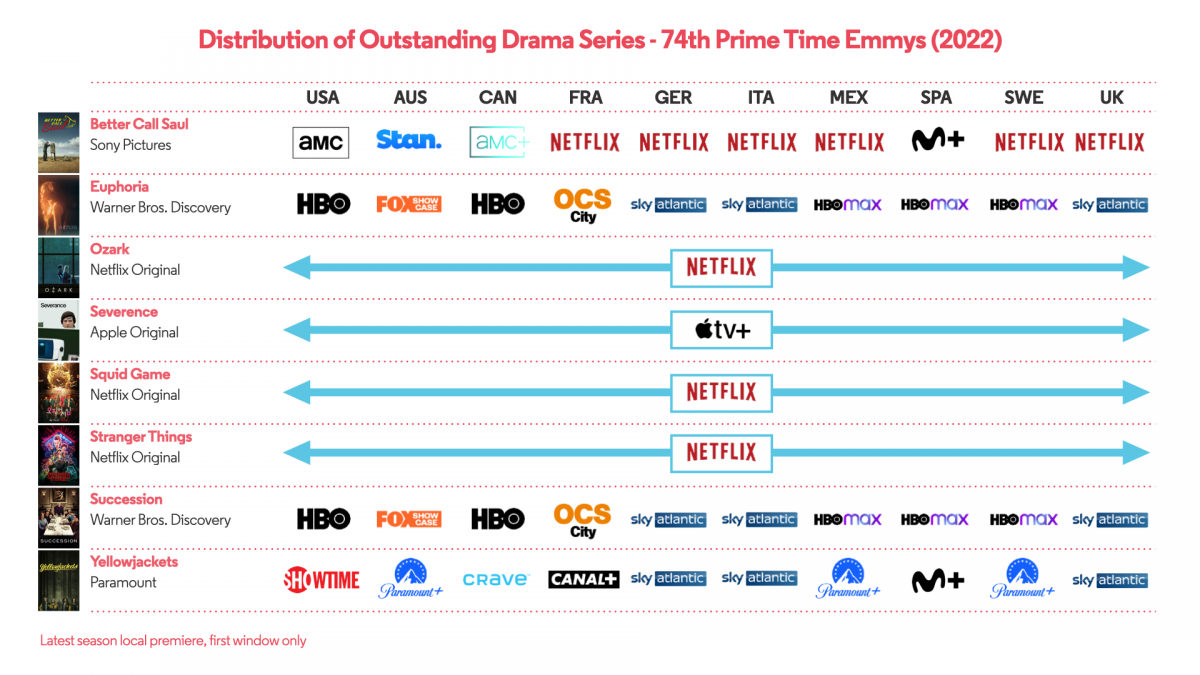 Warner’s premium drama slate is either going to HBO Max overseas or to its existing volume deal partners, who in turn are holding back the rollout of the service in additional markets. Paramount’s international strategy is in a similar position to Warner for the first time in the Emmy awards, with the expansion of Paramount+ meaning the service took ‘Yellowjackets’ in Australia, Mexico and Sweden while in most other markets it went to volume deal buyers of Showtime TV series. Although its first window in the UK was on Sky Atlantic, it has since premiered a second window on Paramount+ following its launch in June.

Meanwhile, AMC has done the negotiation work with Sony to ensure ‘Better Call Saul’ can appear on its AMC+ service outside the US in markets such as Canada but has failed to do so for some of its more recent markets. This is an issue it has had even with Originals AMC themselves distribute. While largely ‘Better Call Saul’ airs internationally on Netflix as part of a multi-market deal, one of the few of these deals left that Netflix is engaging in, it instead goes to the SVOD Stan in Australia and to Pay TV operator Movistar+ in Spain. Both of these markets currently have AMC+. 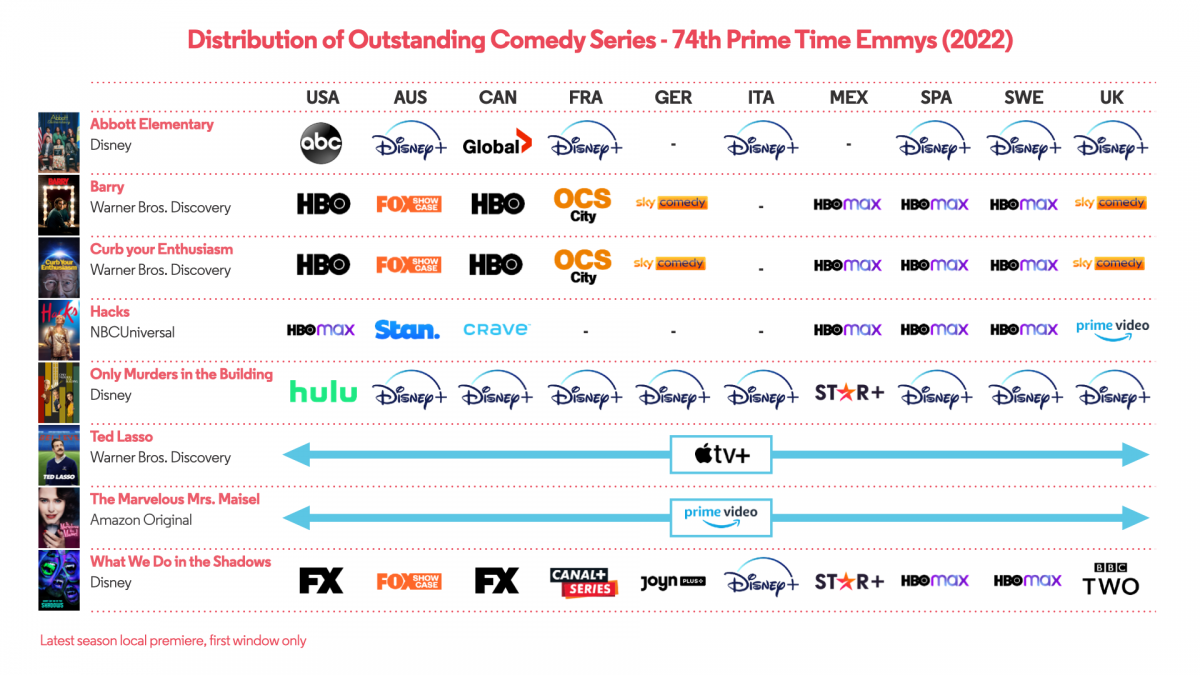 Disney is more successful in Comedies this year and demonstrate how they are virtually all in with vertical integration, with most overseas markets taking two of their TV series on their SVOD Disney+. The main exception to this is ‘What We Do in the Shadows’ which has many pre-determined destinations around the world as a result of existing volume deals with 20th Century Fox for FX commissions that pre-date the Disney acquisition. In most markets second windows for earlier seasons have already begun to appear on Disney+, with ‘What We Do in the Shadows’ likely to be the last TV series from Disney to be sold in this way.

The HBO Max Original ‘Hacks’ shows one of the few opportunities for third party buyers to acquire award winning titles, as rather than being distributed by Warner Bros. Discovery, it is instead a NBCUniversal title. While HBO Max markets were negotiated for at time of commission, those markets where HBO Max has no imminent launch has seen buyers acquiring the TV series on a local basis to bring it to international services that are not typically the home of HBO shows.

All other nominees for both outstanding Drama and Comedy are digital originals for Netflix, Amazon or Apple TV+ with the international first window rights already tied up. Some buyers may potentially be interested in a second window when the typically years-long holdbacks start to expire, but by then these TV series’ exposure on their prolific home services will likely diminish any draw third party buyers might hope for these originals to have on their services. 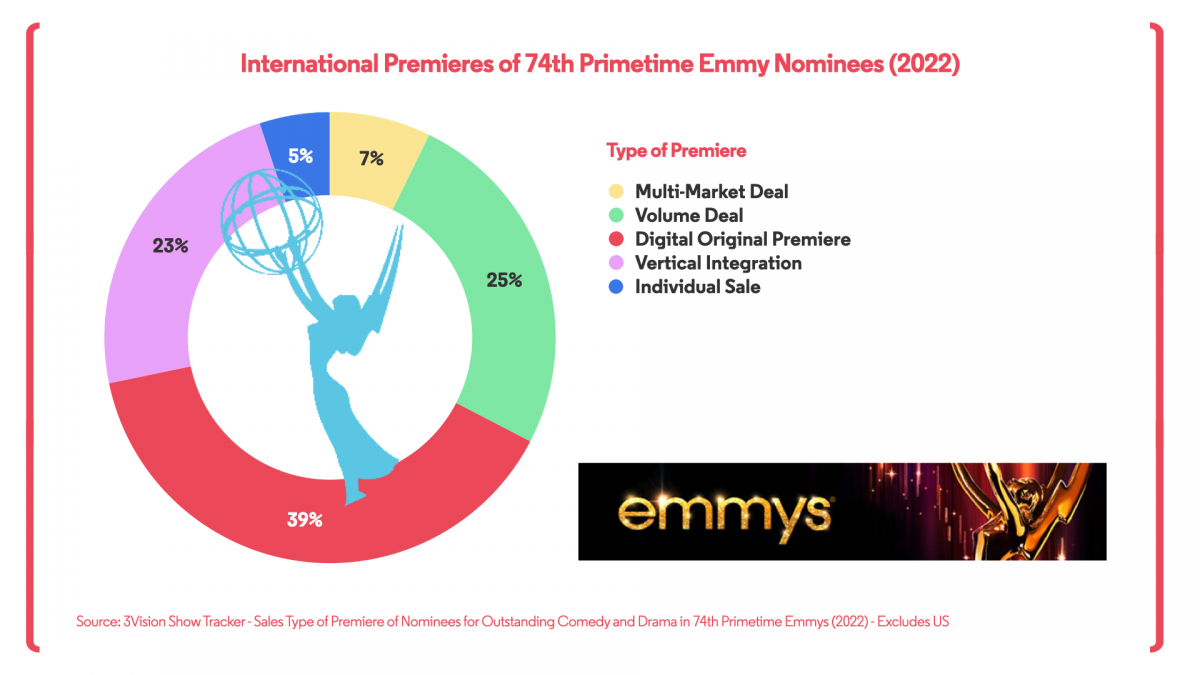 Between shows being tied up in volume deals, licensed by studios to their own services, sold in multi-market deals or just simply made for one worldwide service, it has become increasingly rare for third party services to acquire award winning content. Just 5% of the international premieres of these shows occurred as a result of a traditional third party acquisitions.

International services are being forced to branch out to other distributors to acquire their US TV series or only engage with traditional studios in co-productions. Despite these market adaptations the big Emmys winners continues to be TV series that most international services are unlikely to ever find any way to acquire for their service, further emphasising that the struggle caused by the streaming wars for traditional broadcast services has only just begun.