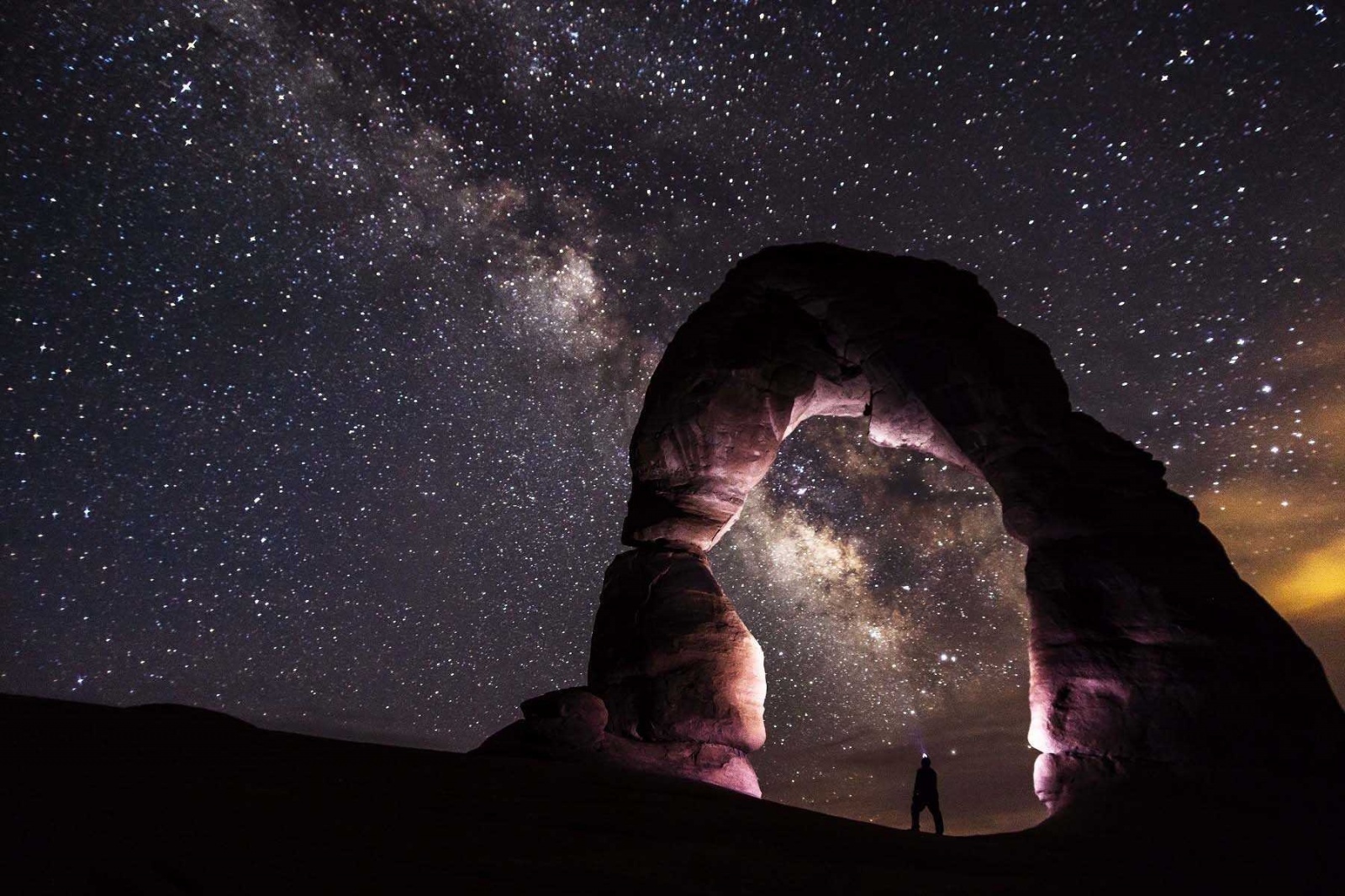 ‘Star Trek: Discovery’ has been pulled from Netflix in all markets ahead of the launch of season 4. ViacomCBS has brought back the TV show that originally helped launch CBS All Access under their control to try and do the same thing for Paramount+ across the globe. 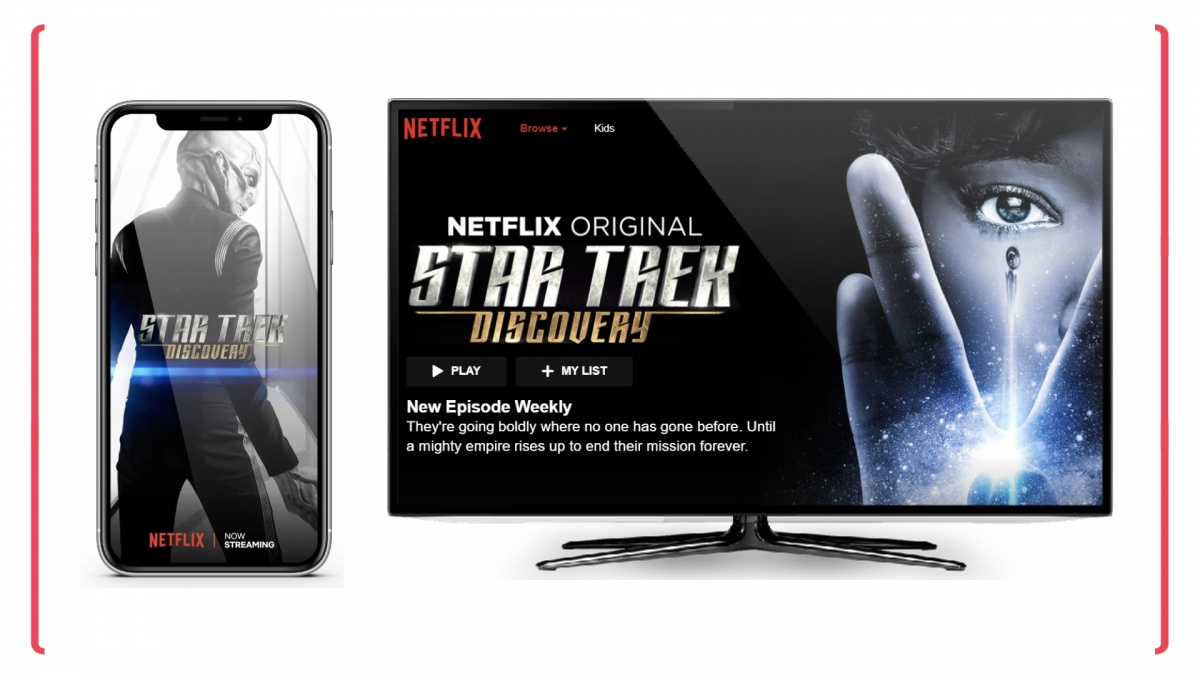 In some of the markets that have yet to see a launch of Paramount+ the TV show will instead be broadcast via its FAST AVOD Pluto TV on its Sci-Fi Channel. At present this includes Austria, France, Germany, Italy, Spain, Switzerland and the UK. While this signals a big step forward for ViacomCBS in its vertical integration strategy, with Paramount+ lagging behind its studio rivals so far in this specific strategy, it also further demonstrates, as seen in Show Tracker, how Netflix is winding down its multi-market acquisition activity. 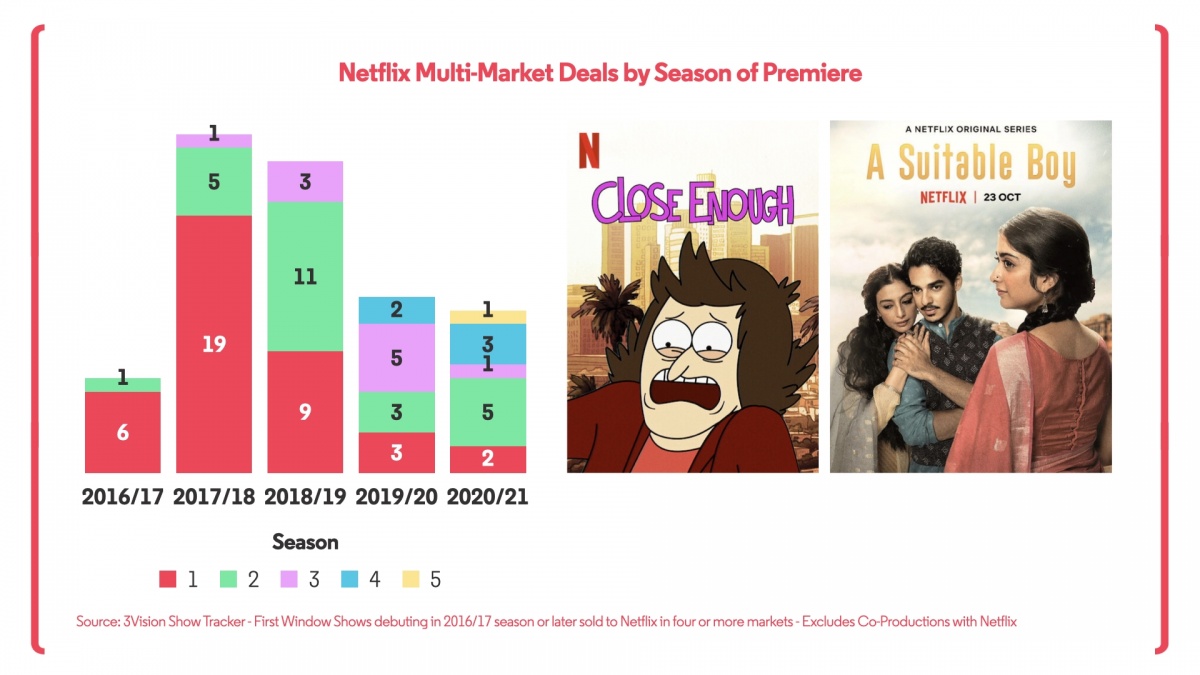 Most of Netflix’s multi-market acquisition activity occurred in the 2017/18 season, acquiring 19 individual scripted television shows across multiple markets for Netflix alongside six premieres of subsequent seasons of previously acquired TV shows. Since then the number of new TV shows acquired has decreased dramatically year on year, with the SVOD only airing two new TV shows as part of a multi-market deal in the 2020/21 season: ‘A Suitable Boy’ from BBC Studios and ‘Close Enough’ from WarnerMedia. Even this Warner title is likely an anomaly as it was originally slated to air on TBS in 2017, which is when the sale to Netflix likely occurred, only for its eventual release to be delayed by three years due its debut service in the US changing to HBO Max.

Typically when Netflix acquires a TV show in a multi-market deal they commit to take on each subsequent season until its cancellation. The longest running multi-market acquisition from Netflix is ‘Riverdale’ which debuted its sixth season on Netflix internationally in November 2021. This TV show is one of the few remaining titles continuing to be tied to Netflix internationally as a result of its output deal with The CW (Warner and ViacomCBS) that saw The CW titles coming to Netflix internationally, as well as a relatively speedy second window in the US. While this deal ended in 2019 it only affected new commissions from the network, meaning other TV shows, such as ‘Riverdale’, ‘Dynasty’ and ‘Black Lightning’ continue to have Netflix as their first window home in many international markets. 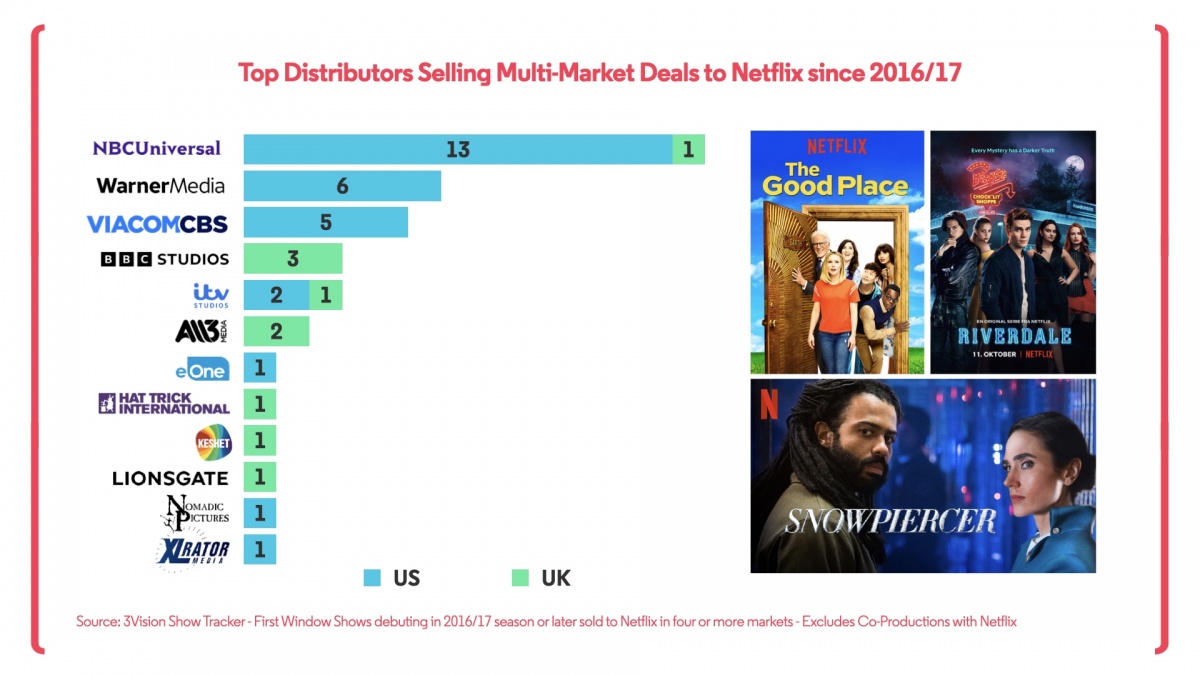 The CW accounts for three of the Warner TV shows and one of the ViacomCBS TV shows acquired by Netflix since the 2016/17 season. Outside of this historically NBCUniversal has engaged in the most multi-market deals with most of this activity largely concentrated in the 2017/18 season, accounting for almost half of the new multi-market acquisitions in that period. More recently, as US Studios focus on vertical integrating TV shows onto their international services, these types of deals have instead been largely sourced from UK TV shows. Even with this alternative pipeline the number of multi-market acquisitions has continued to decline because Netflix is instead focusing on its own Digital Original production.

All of these multi-market acquisitions were branded in international territories as Netflix Originals and this latest development with ‘Star Trek: Discovery’ is the very thing that was at risk by engaging in such a strategy. Acquiring popular TV shows while branding them as Netflix Originals would inevitably agitate and confuse conventional subscribers when they see what they believe to be a Netflix production drop from the service. As these types of acquisitions wind down at Netflix this is unlikely to be an issue going forward, with most of the future Netflix Originals’ place on the SVOD secure. Given the choice between holding on to the rights to ‘Star Trek: Discovery’ and the presumably sizeable payout from ViacomCBS in order to end their relationship early, Netflix opted for the latter, clearly showing that we are even less likely to see these type of multi-market deals (particularly for US shows) in the future.