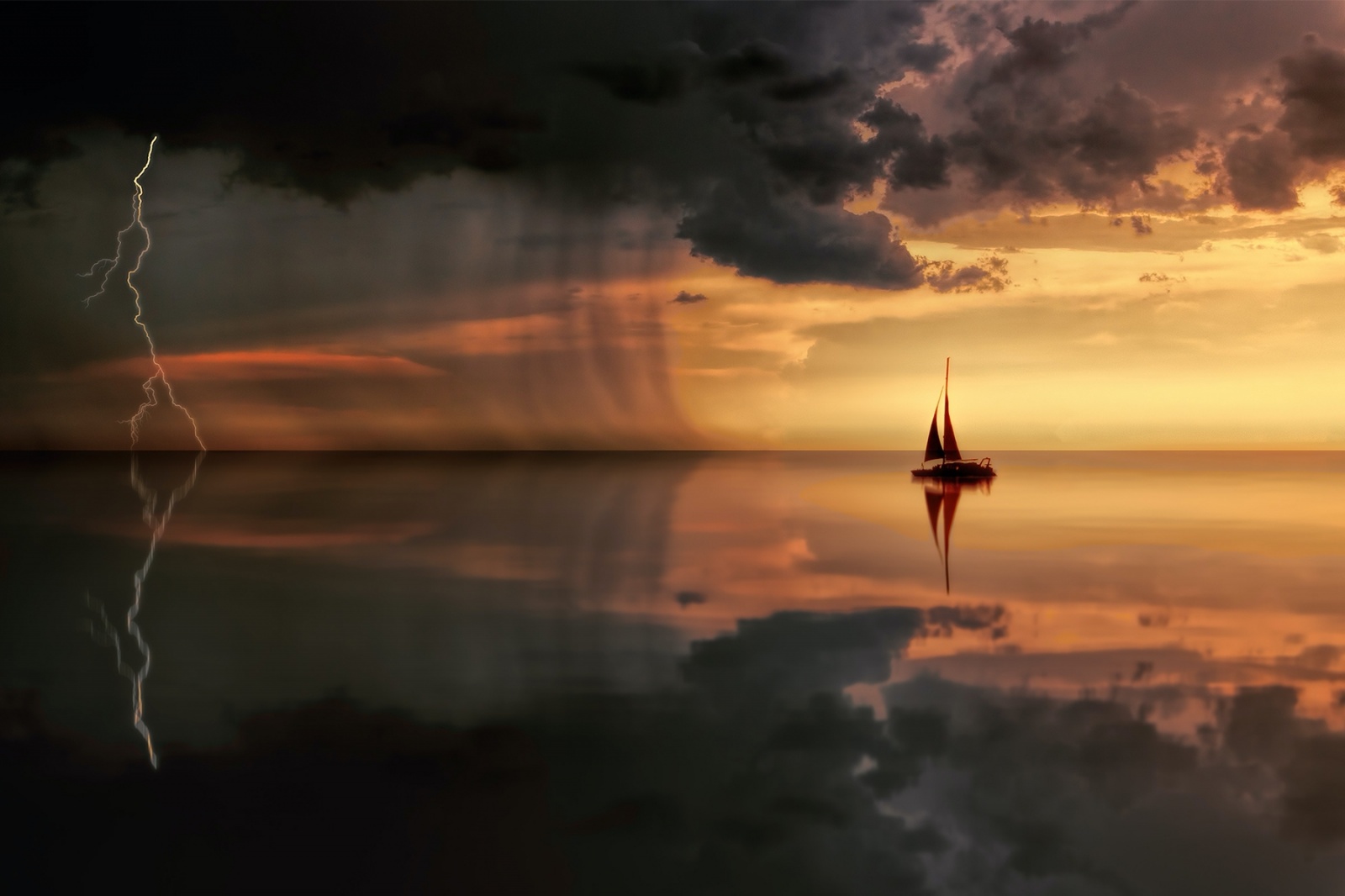 UK Distributors Finding it Harder to Sell Through the Pandemic

The impact of the global pandemic on the TV industry has perhaps affected UK distributors more than their US counterparts overall, not simply in terms of the volumes of new content to sell, but in having fewer existing arrangements with services to push their content into global markets.

In its recently published annual report BBC Studios announced EBITDA had decreased by £30M in the year ending March 2021, with overall sales down by 10%. The impact of COVID on production and the disruption caused to the industry as a whole is evident on other UK based distributors, ITV Studios reporting a 25% reduction in revenues and Fremantle a 40% fall in profits.

The impact on production activity on both sides of the Atlantic has notably reduced the wave of new content coming to the market in the 2020/21 season. ViacomCBS had the biggest catalogue of new TV shows in the 2019/20 season but has so far premiered 16 fewer than in the previous 12 months.

Show Tracker reveals that the number of new UK scripted TV series so far in this season (24) is trailing the total of last year (33), with both ITV Studios and BBC Studios having fewer new shows to sell. 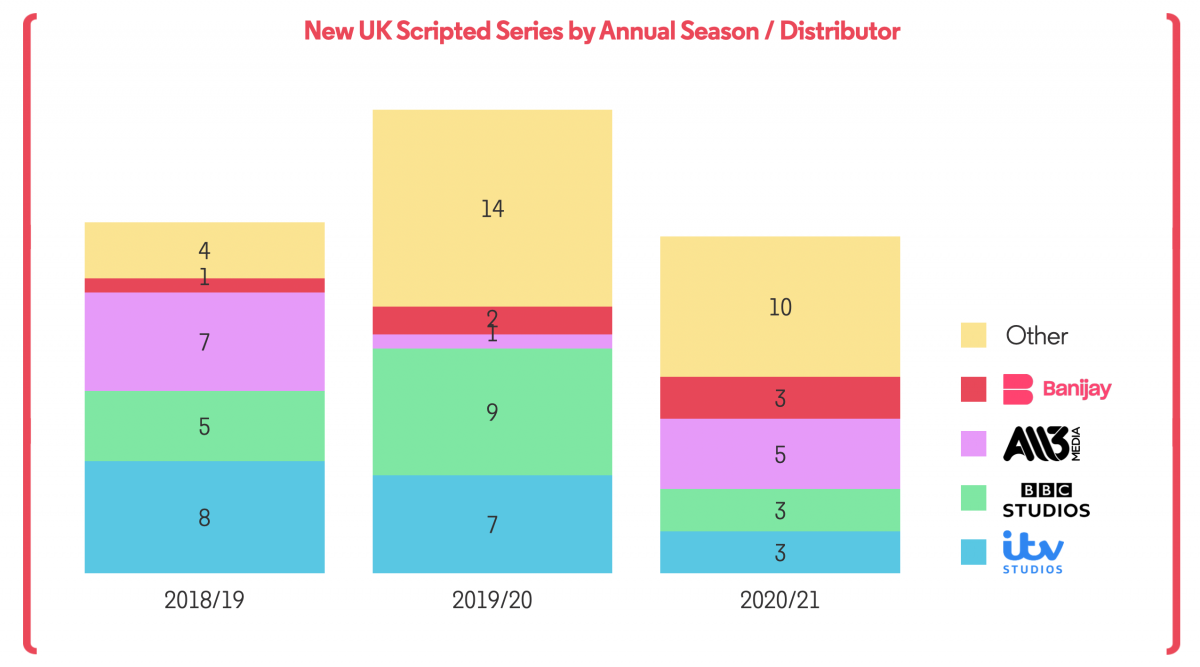 SVOD services are the biggest buyers of UK shows from both the BBC (58%) and ITV Studios (56%), with Netflix and Amazon being a more common partner for BBC (32%) than ITV (12%). The Britbox joint-venture is a notable destination in the US and Canada for ITV’s new scripted TV series.

Free TV is a bigger buyer of ITV Studios content overall (15%) than BBC (9%), with Seven West Media in Australia a key buyer from ITV for its Free TV Channels, taking six titles for the channel Seven (including ‘The Pembrokeshire Murders’ and ‘Flesh and Blood’) and one for 7Two (the cancelled ‘Wild Bill’). Seven and ITV have a long-term first-look partnership in Australia, with an extension signed in 2017 that runs through this year.

There are just the two buyers of BBC Studios content that have taken more than three TV shows in total since the 2018/19 season, their own BBC First Pay TV channel in Australia (7) and CBC in Canada (5). 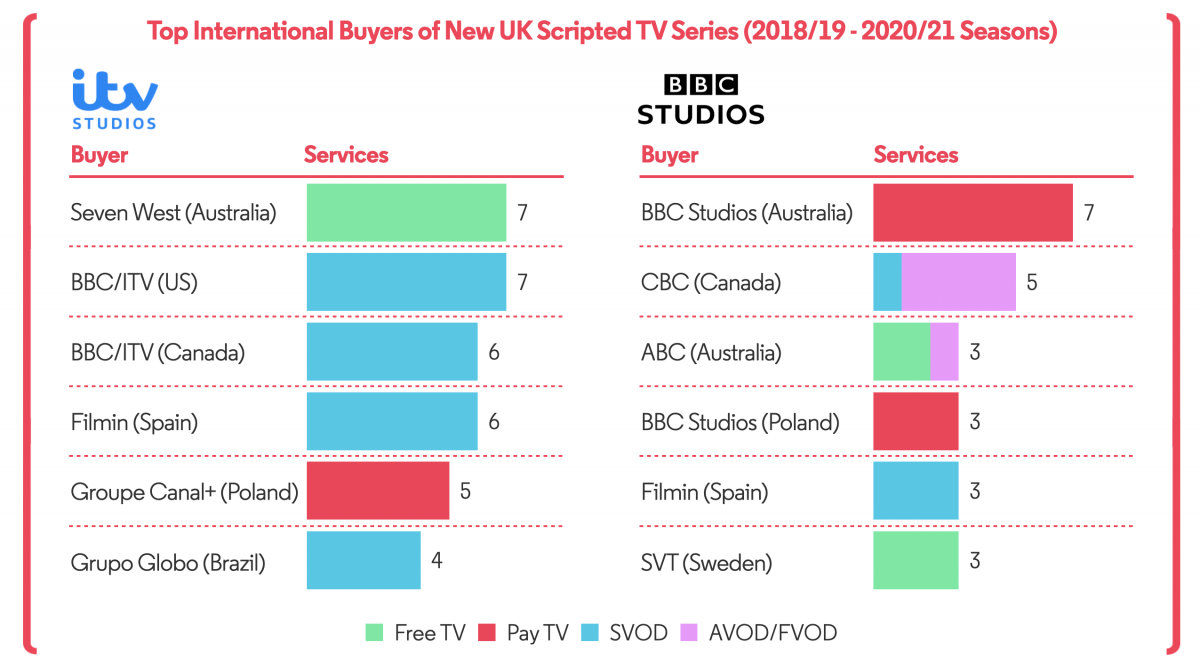 Slightly more UK shows from the latest two annual seasons are still without distribution (54%) compared with those originating from the US (46%). US Studios in particular are increasingly funnelling their content into owned D2C services.

32% of all international sales of a new US series has involved vertical integration with the content owners adjacent D2C service. In contrast, UK based distributors do not have as many options for vertical integration in global markets, with the exception perhaps of Britbox, the BBC and ITV Studios joint-venture. However, this is currently restricted to just a few international markets (US, Canada and Australia) with South Africa planned for later in 2021 and a further 20+ markets in consideration for the future. 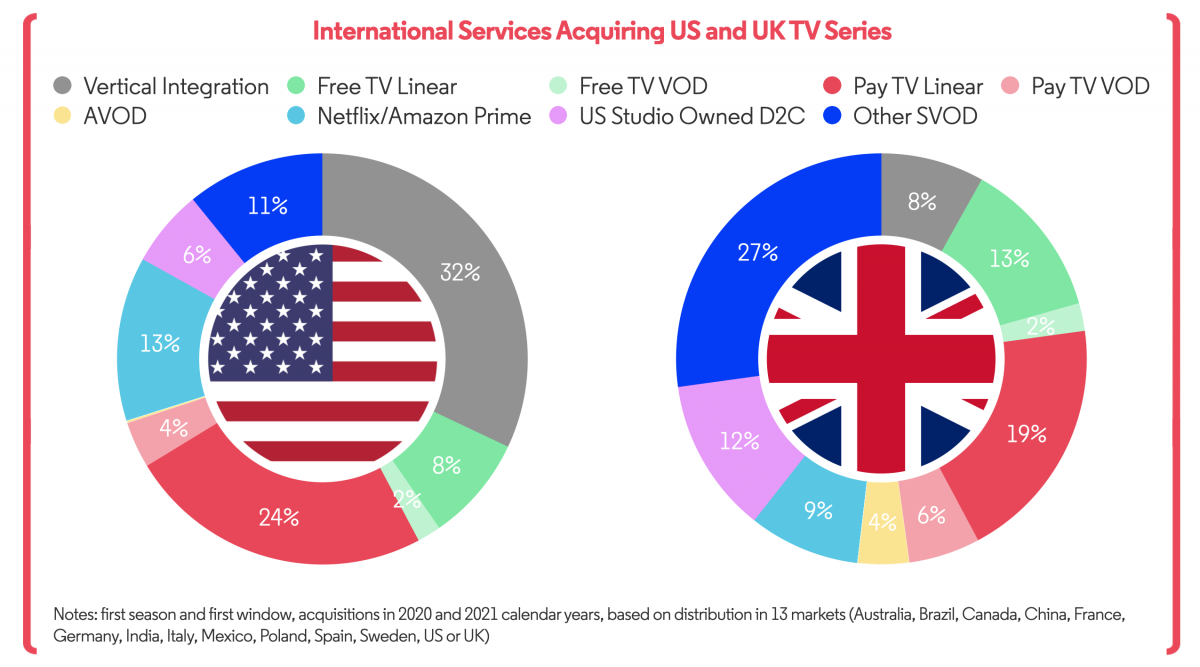 27% of the total acquisitions of UK TV series since January 2020 have been by local SVOD services, with Globoplay (Brazil), Stan (Australia) and Filmin (Spain) all premiering eight new UK shows. Pay TV is the next biggest buyer of UK content overall, with 19% of all acquisitions being utilised by a linear Pay TV channel and a further 6% as an online exclusive on a Pay TV channels’ adjacent VOD service.

With just the BBC and ITV Studios having any global footprint with their own D2C service, it is no doubt a challenge for UK distributors to find international buyers at a time when the market is still feeling the effects of the financial impact of COVID-19. Further to this, US broadcasters appear to now favour co-productions with UK services rather than acquisitions and there are early plans suggested to remove UK titles from the EU service quotas.

In the future, these UK distributors will hope that their independent nature (like that of Sony) and having no pre-existing tie to any particular streamer, will give them an advantage with third-party services, particularly as content from the houses of WarnerMedia, Disney and ViacomCBS becomes out of reach and instead filters down into their own D2C ventures.