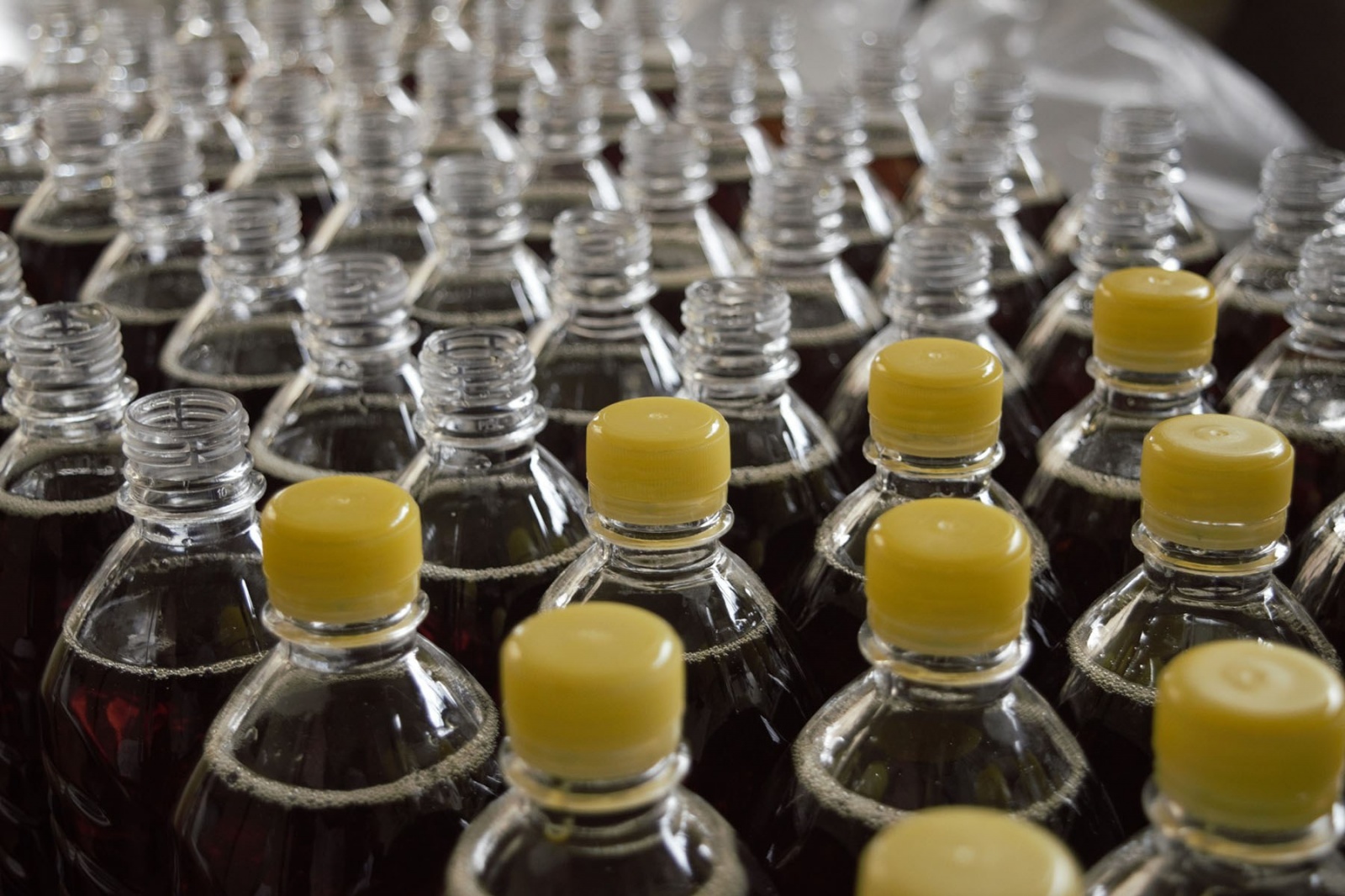 The past slate of a production company can both signal how well their work can be expected to be distributed but also provide valuable insight into the services that might be interested in their work to come. Show Tracker reveals the top external production companies that have been producing US shows since the 2016/17 season. 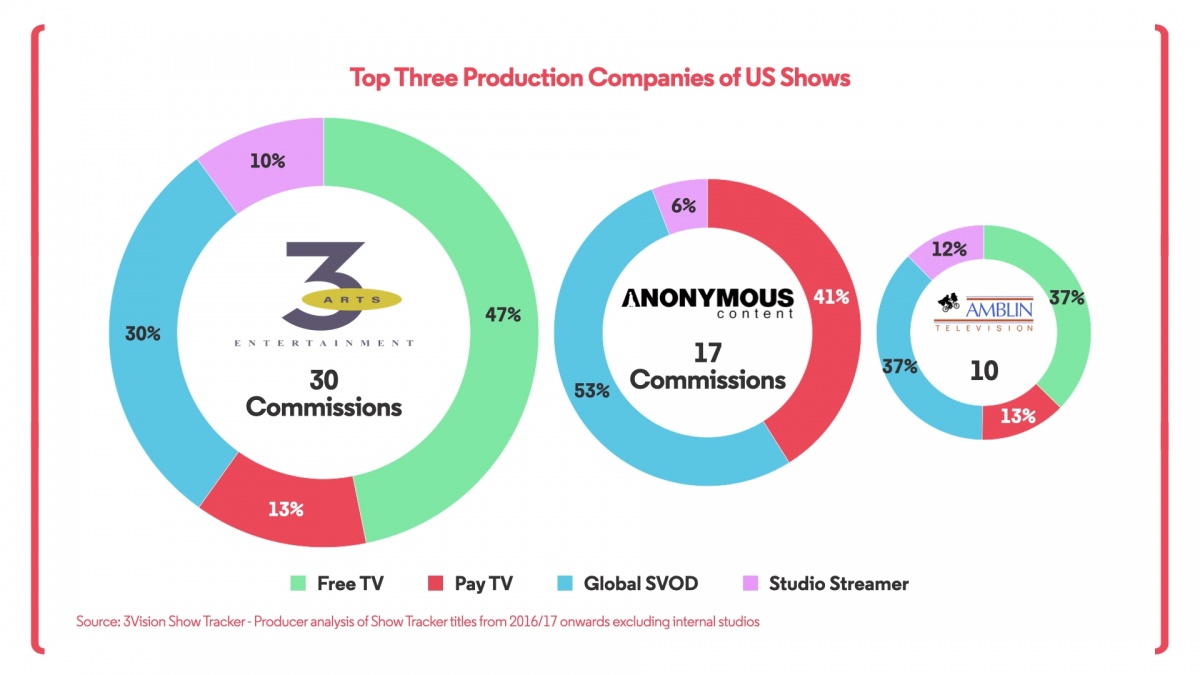 3 Arts Entertainment has worked on the most Show Tracker titles, including several Digital Originals, but has only achieved an average 60% distribution of shows in the first window across Show Tracker markets. The majority of shows they produce are comedies, which tend to struggle in non-english speaking countries. However as producers of Comedy, 3 Arts shows tend to have more distribution than Comedy shows on average (45%).

Anonymous Content has produced the highest proportion of Digital Originals, producing some of SVOD’s most critically lauded shows such as ‘Thirteen Reasons Why’ and ‘Maniac’ on Netflix, ‘Homecoming’ on Amazon Prime and ‘Dickinson’ on Apple TV+

While Amblin Television has worked on less shows than both Anonymous Content and 3 Arts Entertainment, their distribution rate of 92% is much higher, a benefit of a focus on Drama over comedy and having over four Sci-Fi shows in its portfolio, one of the top three genres in terms of distribution in Show Tracker. 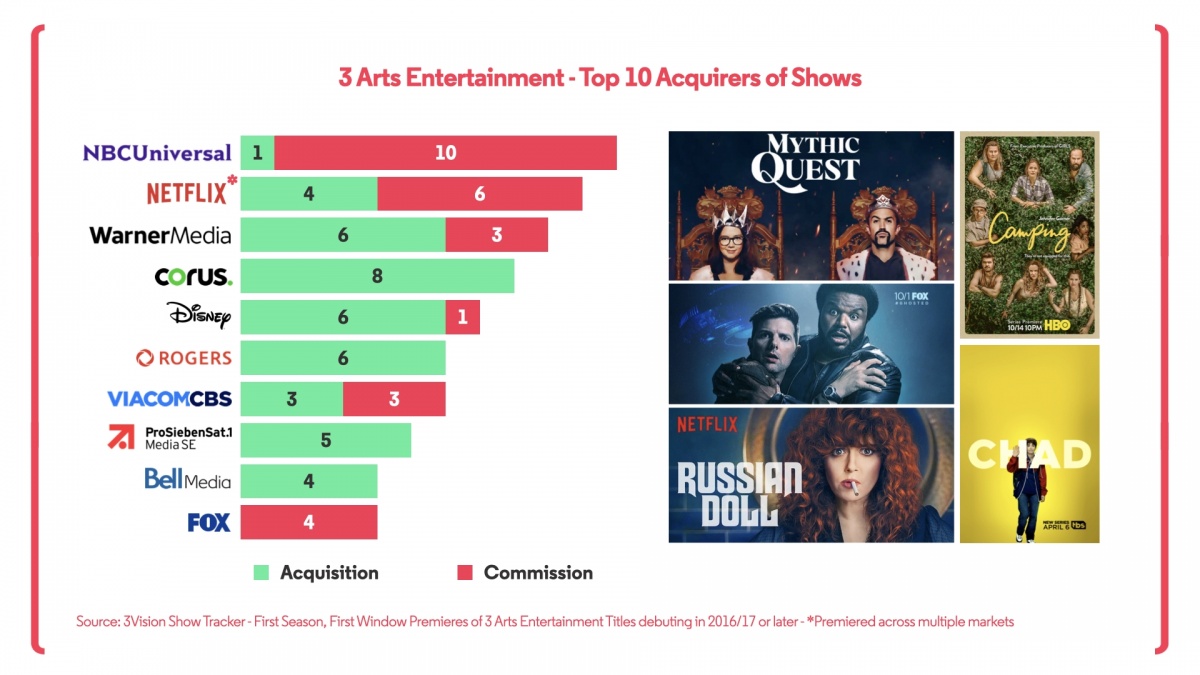 Global SVOD has commissioned a number of shows from 3 Arts Entertainment. Prior to working more directly with Global SVOD services such as Netflix on Originals these services would frequently acquire their content via multi-market acquisitions. Netflix has taken multi-market deals for four 3 Arts titles (The Good Place, Marlon, Great News and Champions) and subsequently had 3 Arts involved in six Netflix Originals.

Their SVOD activity is not limited to Netflix. Their generally wider appeal internationally has made them a prime target for other Global SVOD Originals such as ‘Mythic Quest’ on Apple TV+ and ‘Upload’ on Amazon Prime. 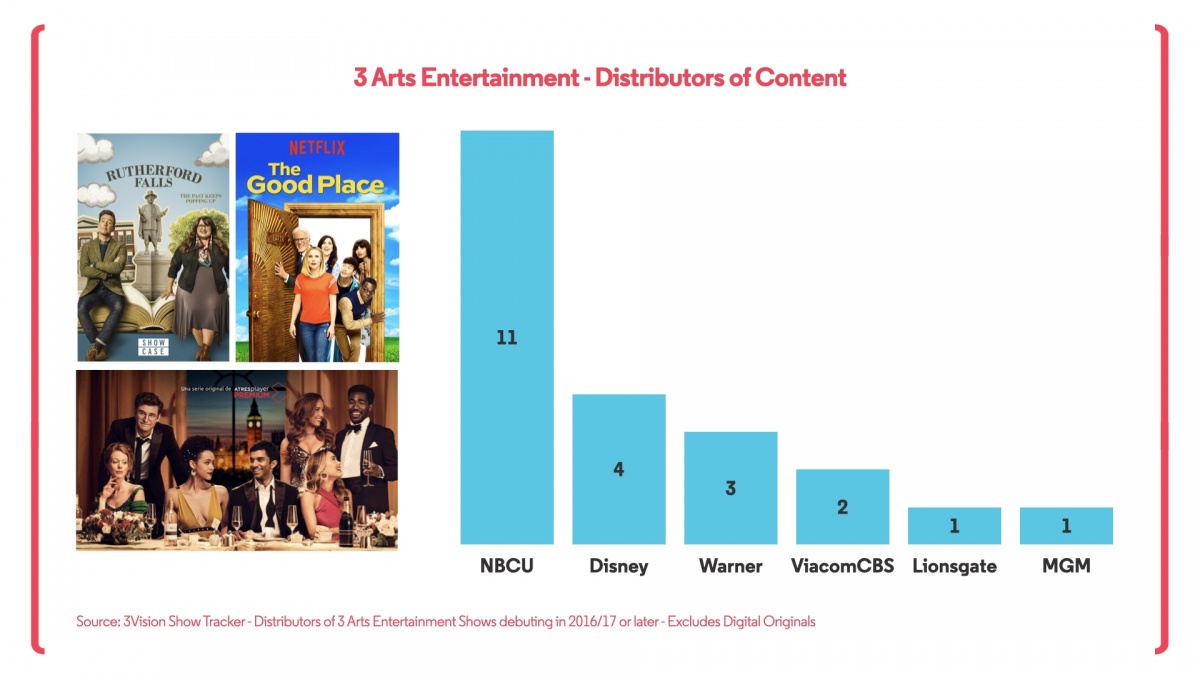 Despite Lionsgate holding a majority stake in 3 Arts Entertainment, the production company has yet to have had any content commissioned for any Lionsgate owned services, and Lionsgate has only distributed one title (Florida Girls).

Lionsgate’s SVOD StarzPlay however did premiere Four Weddings and a Funeral in the UK and Italy, but in this instance this was acquired from MGM who distributes the title in Europe.

NBCUniversal has historically been 3 Arts Entertainment’s top distributor and were the ones responsible for inking their multi-market deals with Netflix. While Netflix is engaging less than ever in multi-market deals such as these, it’s clear that their Original’s team is open to engaging with production companies on successful past acquisitions.