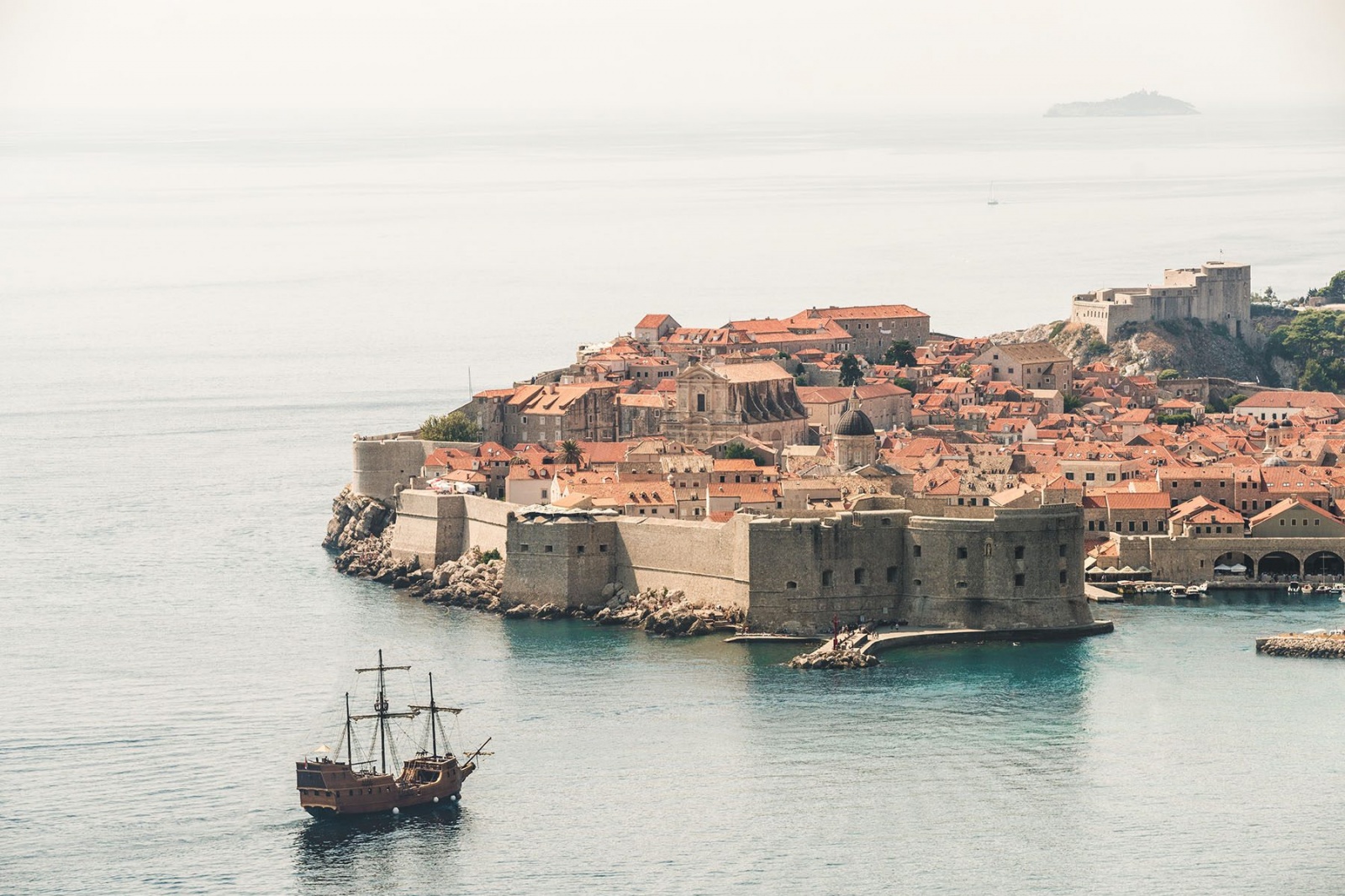 Ten years ago Game of Thrones started on HBO with most of its talent going on to find work, both in television and cinema. For those cast members that continued to engage with television and not leave it behind for the box office, Show Tracker reveals the services most active in commissioning content that stars the former cast of Game of Thrones. 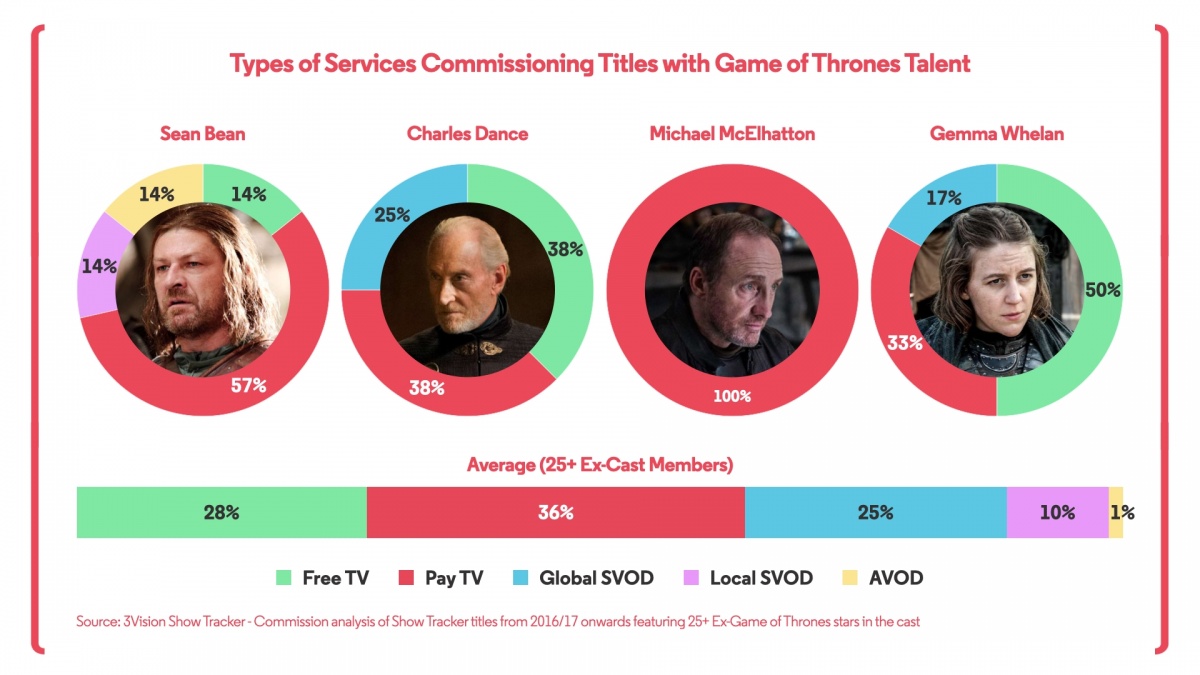 While Free TV in the US and UK have historically accounted for a third of English language commissions and global streamers, led mostly by Netflix and to a lesser extent Amazon, have commissioned over a quarter of titles since the 2016/17 season, actors that worked on Game of Thrones have typically gone on to star in shows made for Pay TV, suggesting that their exposure to a marquee premium drama makes them desirable assets for commissioners of any high-end production made for Pay TV.

The show’s most active TV alumnus are typically appearing on Broadcast rather than VOD, appearing on Pay TV commissions in the US and public broadcasters in the UK. With most of the cast being British, they continue to engage a lot with UK shows, including Premium Dramas, which predominantly come from Free TV commissioners.

Sean Bean has had the most diverse set of commissions, continuing to appear in Pay TV productions such as Snowpiercer (TNT) and Sally4Ever (HBO/Sky Atlantic), while also appearing in non-traditional commissions, such as The Oath on what was at the time Sony’s Crackle AVOD service. 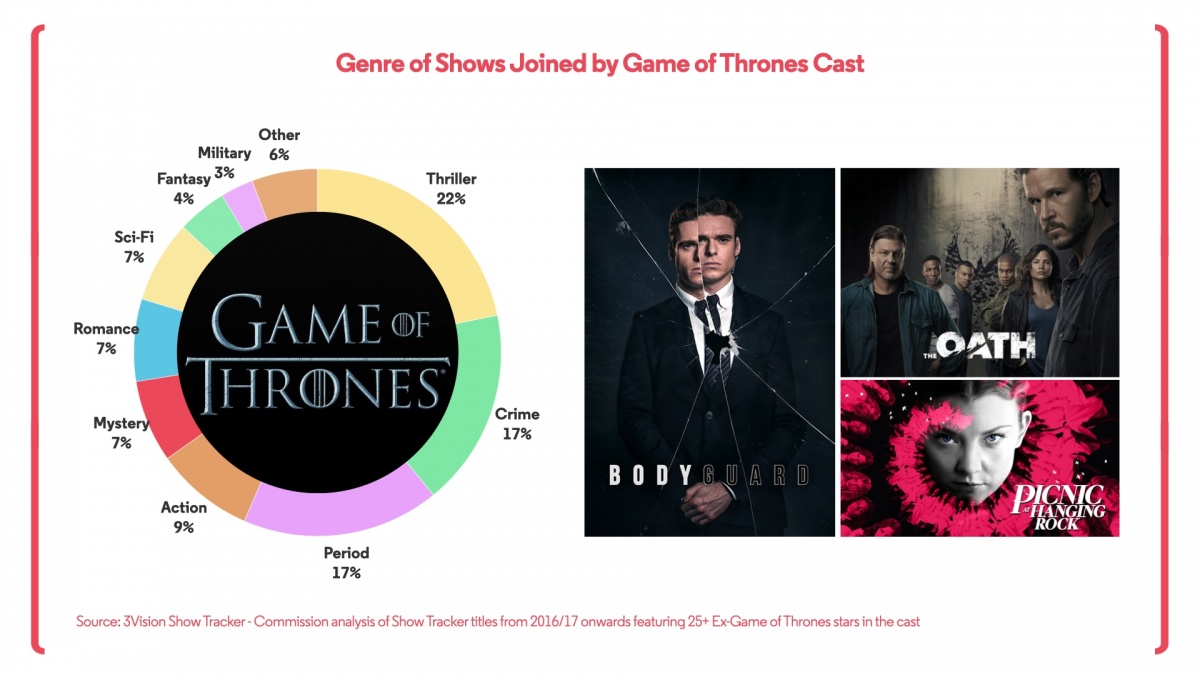 The genres that the actors are choosing are not those with the highest distribution reach necessarily, as the most successful genres in distribution are Fantasy, Sci-Fi and Horror. 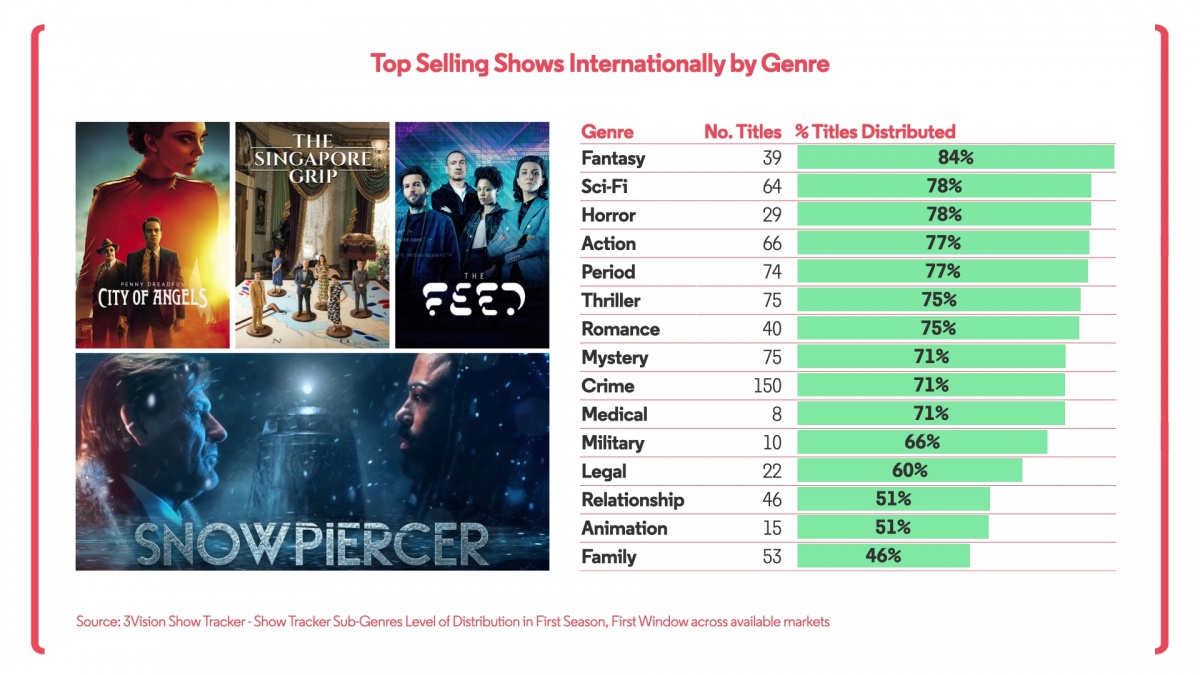 The top three genres also produce some of the least number of shows, demonstrating that shows that are typically targeted at niche audiences be distributed more widely as particular services in each market look for shows in Fantasy, Sci-Fi and Horror to satisfy a more hardcore section of their viewership. All of the Game of Thrones cast’s preferred Genres achieve an average of over 70% in distribution, but in particular it is Period Dramas that are distributed the most of the three internationally.

While there is undoubtedly some hesitancy from Game of Thrones cast members to keep focusing their efforts to appear in Fantasy shows out of fear of becoming type-cast, a high-profile role in Fantasy could provide a higher return in residuals from gaining distribution in many markets across multiple windows.

With many of this cast having gone on to become familiar faces on TV and Film, commissioners for SVOD services working within these genres could look to Game of Thrones alumnus as a means to boost the profile of their shows and give them more of a Premium Drama edge.