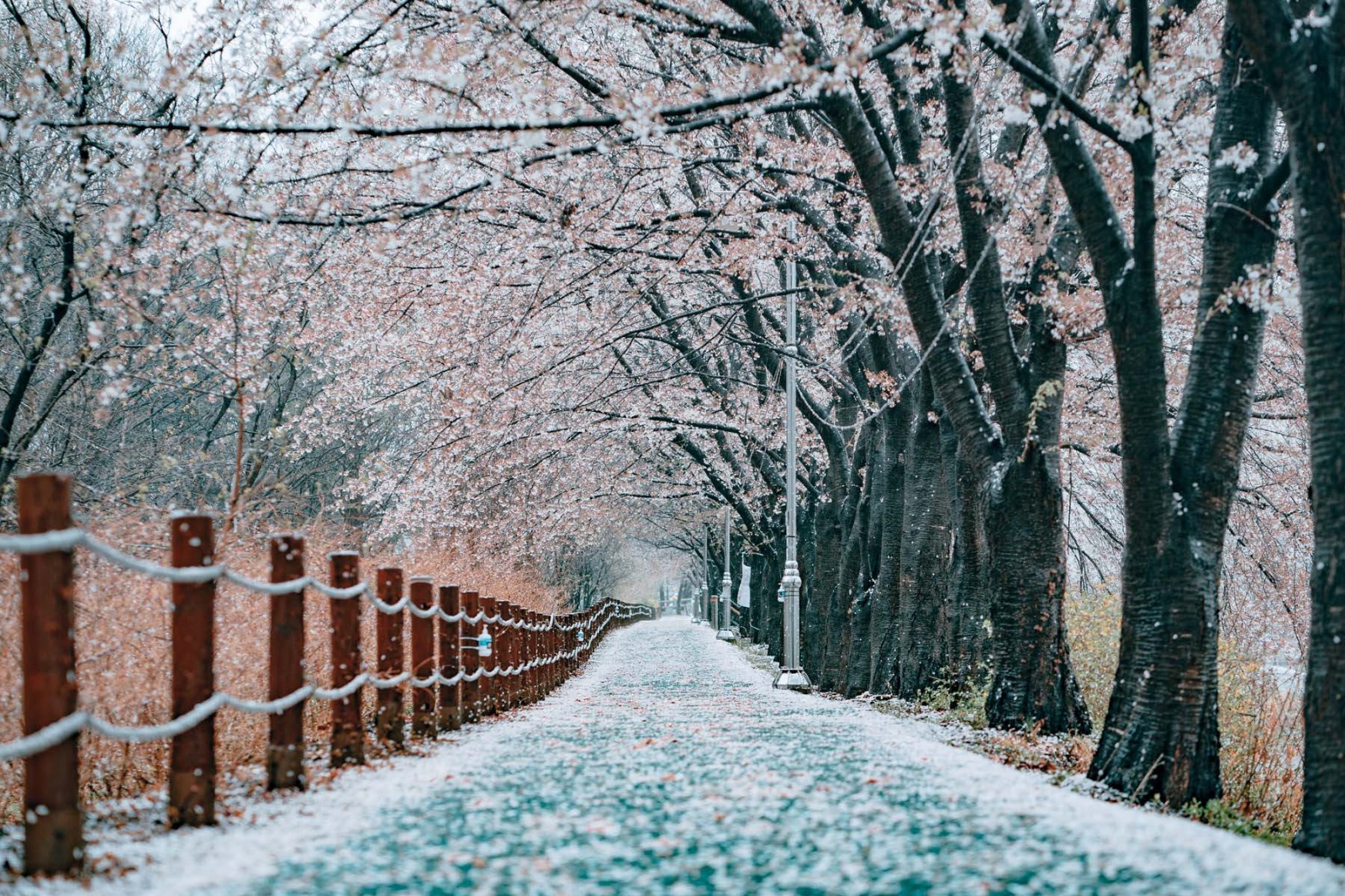 Show Tracker has expanded the territories it monitors to include South Korea. This addition, alongside South Africa, will ensure users have a comprehensive view of the global distribution TV market across 19 international markets.

So far in South Korea no 2021/22 scripted TV shows from either the US or UK have been acquired by services in the territory. As a result this season in South Korea the only new English language shows from the 2021/22 season that have premiered are Digital Originals. 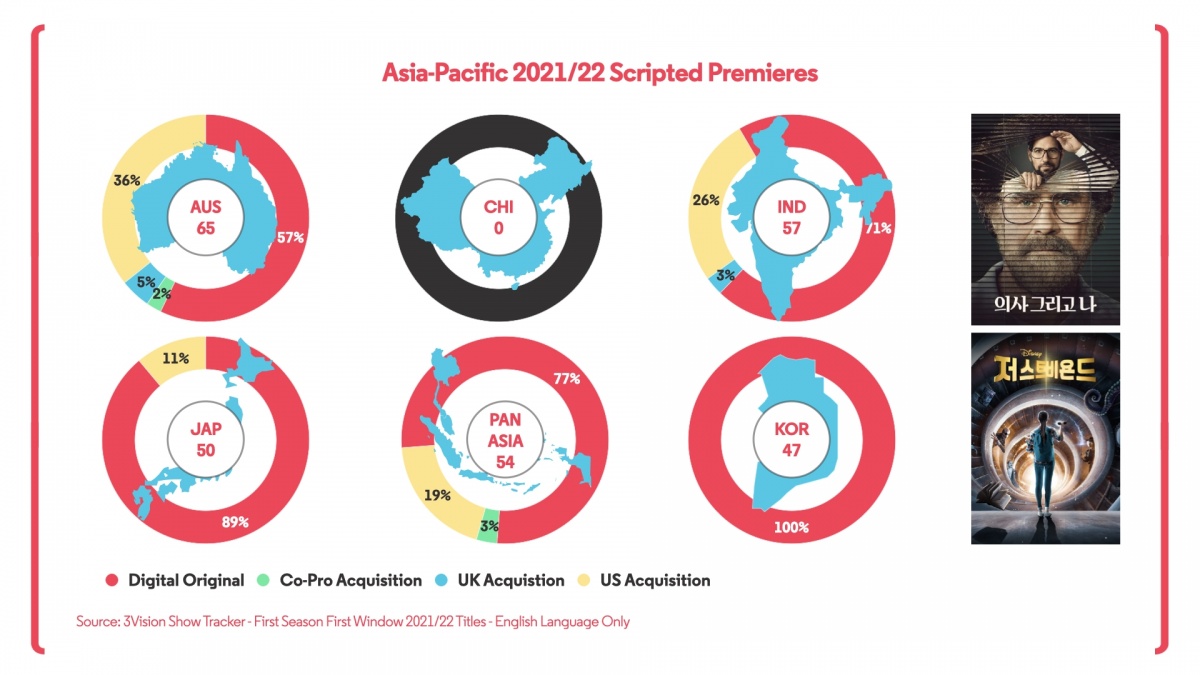 Digital Originals make up the majority of premieres in all markets so far this season, with Netflix Originals accounting for most of these TV shows. While Australia is relatively strong so far in terms of acquisitions, other APAC markets like Japan have had only three acquisitions - all vertically integrated. Two recent Disney TV shows have appeared on Disney+ Star (‘Dopesick’ and ‘Y: The Last Man’) and one Lionsgate TV show has aired on StarzPlay (‘BMF’).

While Disney is focusing on Vertical Integration through Disney+ across most markets a number of expected shows from the 2021/22 season have yet to appear on the service in South Korea, which only launched on November 12th 2021. 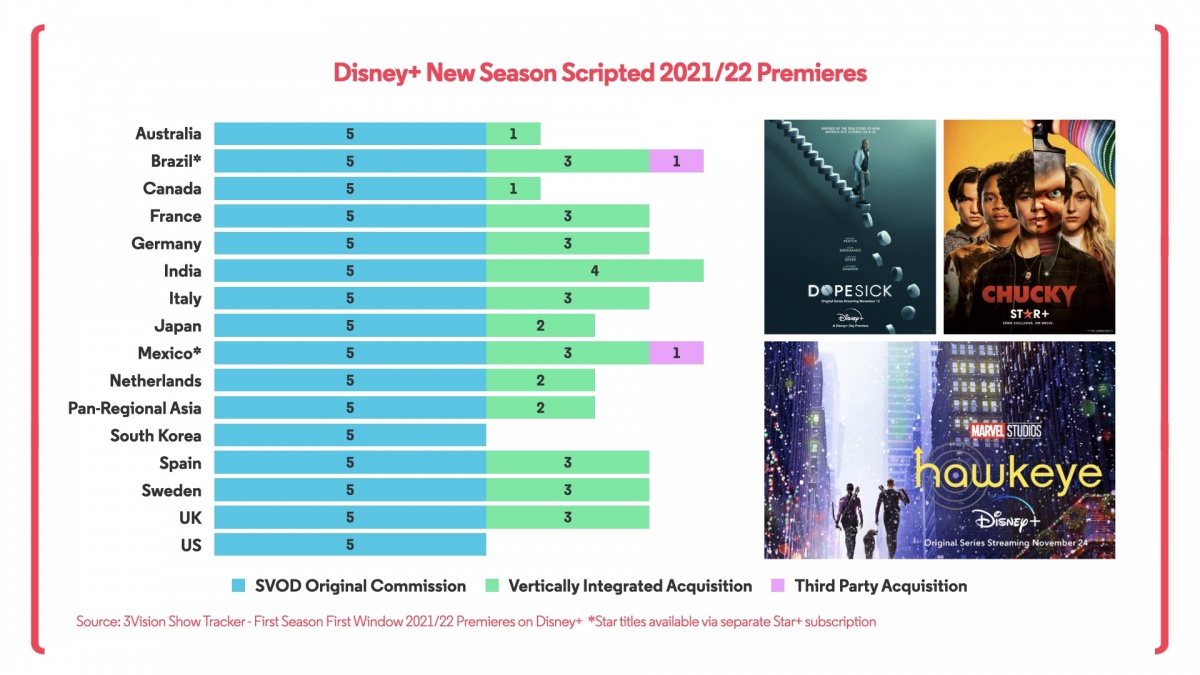 Disney+ is beginning to show signs of activity as a third party buyer in other territories. In Latin America, where the Star add-on is offered as a separate subscription under the name Star+, the service has acquired ‘Chucky’ from NBCUniversal. 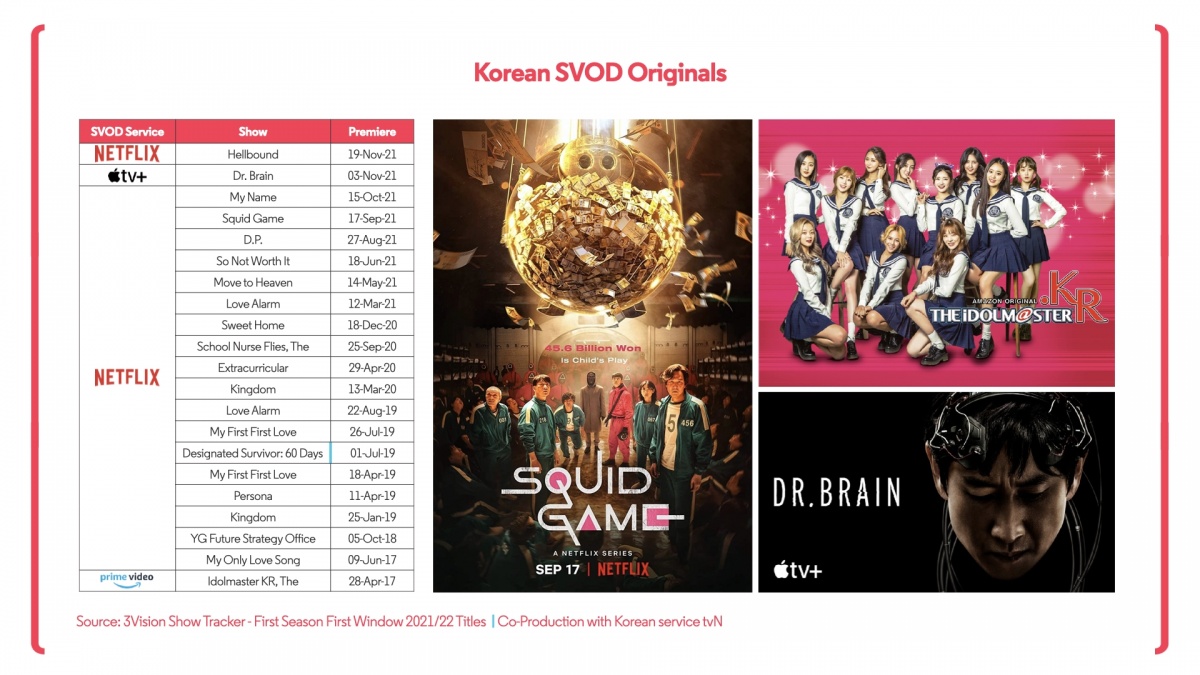 Apple TV+ also launched recently in South Korea on 4th November 2021 and debuted its own Korean Digital Original ‘Dr. Brain’ to coincide with the SVOD coming to market. Amazon meanwhile has had limited activity in this space, with only one Korean scripted series premiering since the 2016/17 season, ‘The Idolmaster KR’ in April 2017.

Disney+ and Apple TV+ are launching in a market with a lot of local SVOD services that typically premiere US TV series alongside local productions. A number of these have engaged heavily with US distributors in the past, such as Wavve and Watcha. Unlike many other markets, HBO TV series from WarnerMedia do not typically appear exclusively on one platform, with different shows available on different services. While in many other markets volume deals are holding back the expansion of HBO Max, a Korean version of the SVOD may not be too far behind the planned launch in Pan-Regional Asian territories.

South Korea may not be too far behind other markets where vertical integration from US Studios is becoming the norm so Show Tracker will be a key resource for distributors to help determine the local buyer opportunities for third party distributors in the territory.