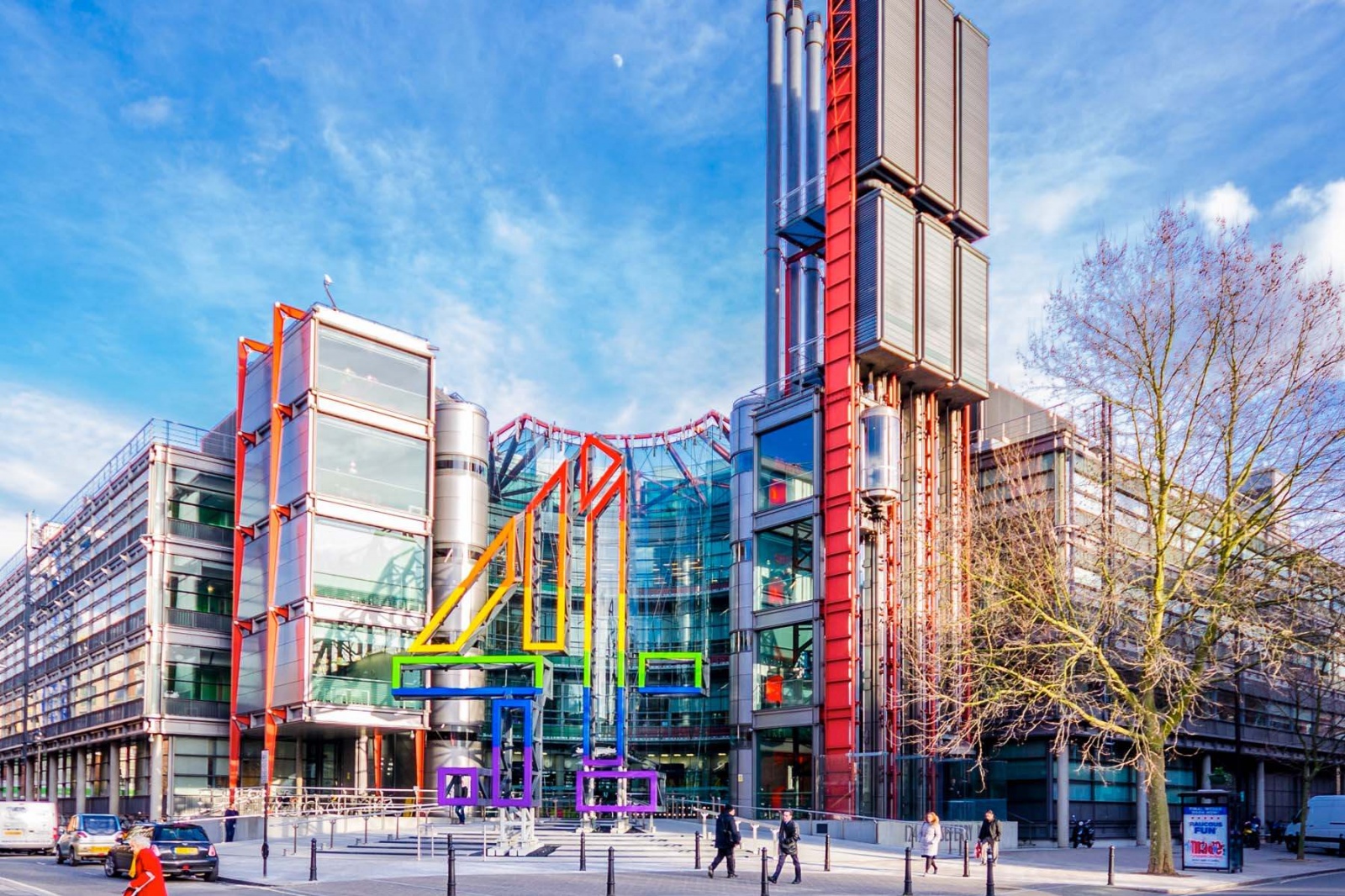 Channel 4 Focusing on its Digital Presence under Threat of Privatisation

A decision from the UK government over its plans to privatise Channel 4 has been delayed until January 2022 following significant backlash from the public. A reported 60,000 submissions in relation to the sale of Channel 4 were received by new culture secretary Nadine Dorries, prompting the delay in the government’s decision and pushing back any potential sale.

Channel 4 is a publicly owned broadcaster whose revenue is derived from ad sales. It does not produce or distribute its own content, instead commissioning programming from third parties. As a publicly owned company it has no shareholder interests, with all profits reinvested into the business.

There are fears that the sale of Channel 4 will have a significant impact on the UK production industry, shuttering numerous businesses who rely upon revenues from Channel 4 commissions.

Show Tracker reveals Channel 4 has acted as either commissioner or co-commissioner for a number of premium drama TV series that have been sold internationally, including ‘It’s a Sin’, an HBO Max co-commission produced by the UK based ‘Red Production Company’ and distributed by All3Media. Channel 4 is one of many British broadcasters acting as co-commissioners for HBO Max Originals. 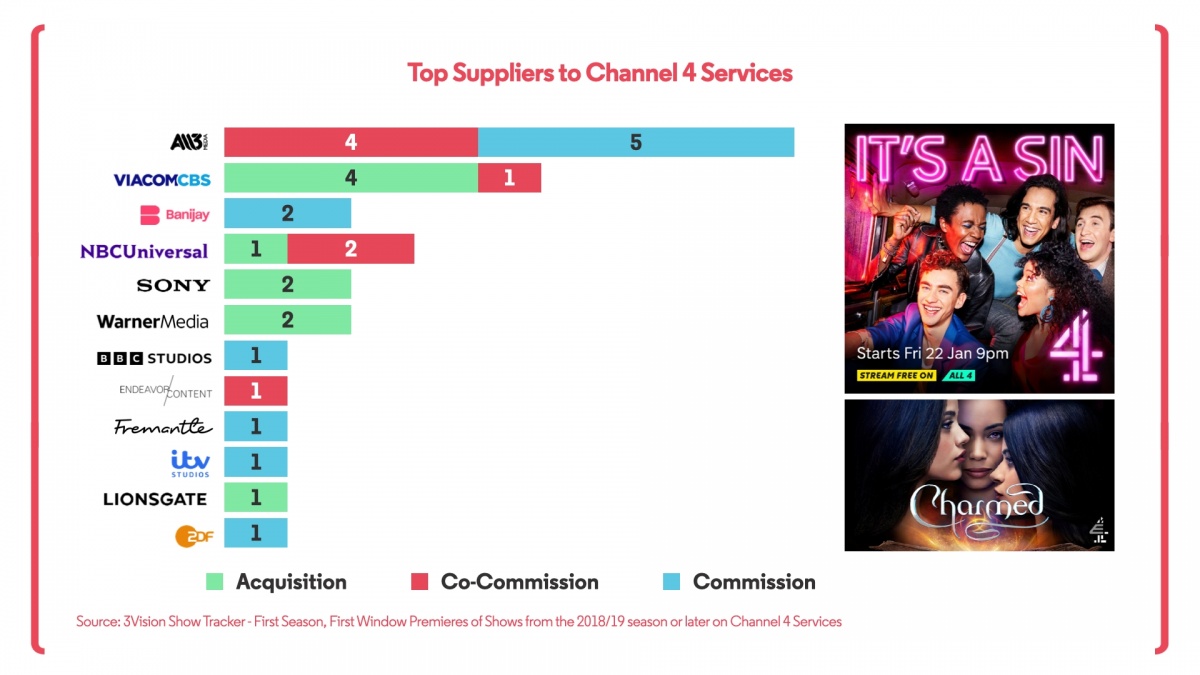 Channel 4’s collaboration with US SVOD services to commission television shows is neither new nor exclusive to HBO Max, with Channel 4 co-commissioning TV shows alongside Peacock (‘We are Lady Parts’) as well as four separate TV series with Hulu: ‘The Bisexual’ (All3Media), ‘Catch-22’ (ViacomCBS), ‘The First’ (Endeavor) and ‘This Way Up’ (NBCU)

Over the past three seasons most English language scripted TV debuts on Channel 4 services have been either commissions or co-commissions where Channel 4 is a partner, with just a third of TV shows being acquired from US studios. The largest provider of these in the past has been ViacomCBS, whether through The CW titles like ‘Charmed’ airing on E4, or TV shows from its AwesomenessTV slate like ‘Light as a Feather’ which debuted exclusively on its All4 catchup service.

Like the BBC, Channel 4 has heavily embraced the use of In-Season-Boxsets and Online Exclusives, interwoven with traditional linear release strategies to enable audiences to watch content at their convenience. Releasing content in a Boxset form has the benefit of increasing engagement and giving viewers the option of watching all episodes in a shorter period of time. 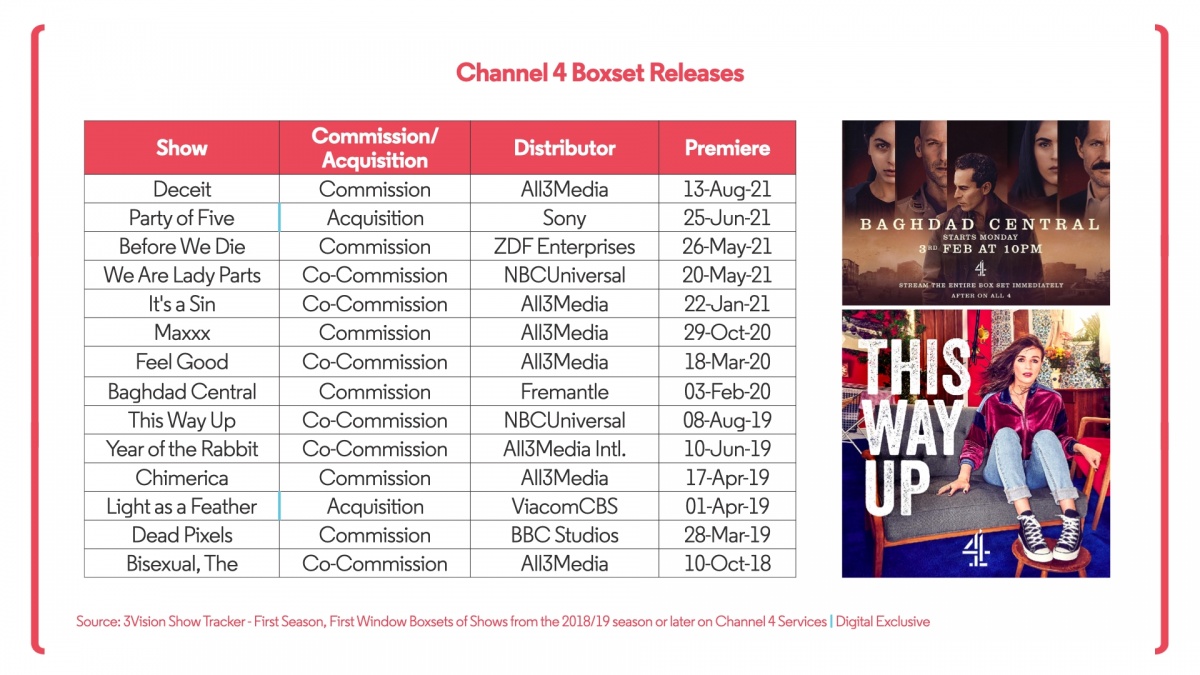 Over half of Channel 4 commissions over the past three seasons have been released simultaneously as Boxsets on its digital adjacent catch-up service All4, alongside two acquisitions that debuted with no linear transmission at all. More broadcasters across the world are debuting boxsets on their digital services, with many even gaining boxset rights for second window acquisitions.

Traditionally, a weekly television series will see an erosion of audiences as they lose interest and drop-off after a few episodes. As audiences move further away from linear TV and into the digital environment, more emphasis on activity with adjacent OTT services like Channel 4’s All4 is an important means of generating advertising sales revenue. Continued and measurable success as result of this strategy may help further stem off any future plans for the corporation’s privatisation.

Show Tracker is an essential tool for the TV industry, which monitors where TV shows are being sold around the world and the rights attached to each deal. Tracking over 1,200 TV shows and 340 different services in over 17 markets, it provides a unified view of the distribution market. Show Tracker gives you data you can trust to drive your strategy forward and give you the edge in negotiations.