A number of BBC commissioned titles, both from BBC Studios and third-party distributors, have been finding homes on SVOD in other territories through multi-market deals, from established players like Netflix and Amazon Prime to emerging SVOD services such as StarzPlay which continues to roll out across multiple territories. 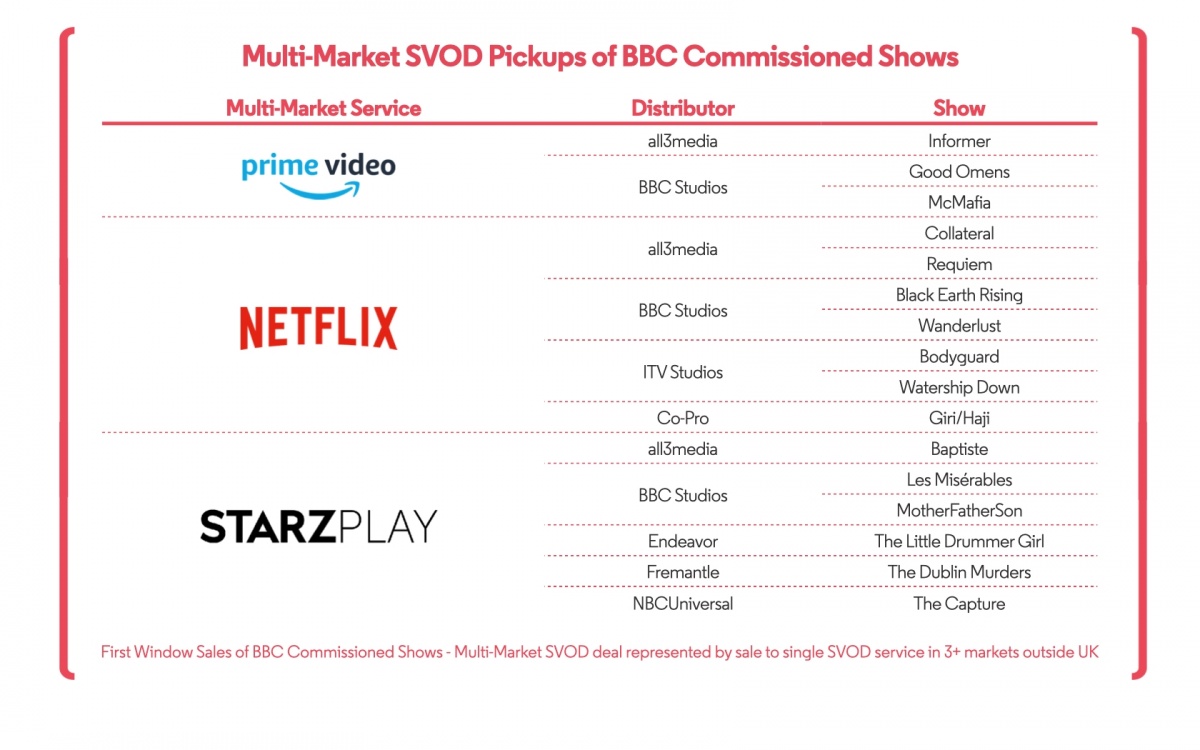 As well as finding their home abroad on SVOD a growing number of these titles are appearing on these SVOD services in the UK as second windows.

In the case of Good Omens, Amazon received global first window rights to the show, even in the UK, and so appeared on the service eight months before its linear transmission on BBC Two 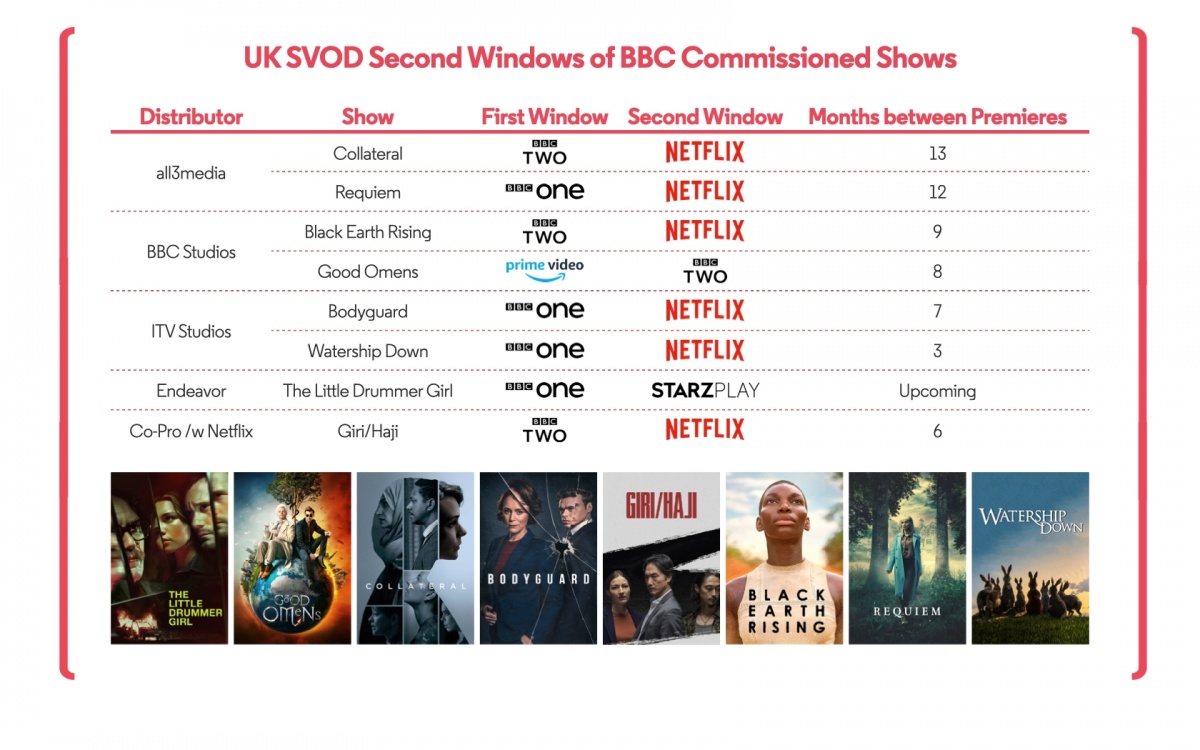 The majority of these second windows have delays much shorter than the typical one year period between premieres, denying these titles the opportunity to stay on iPlayer for a year