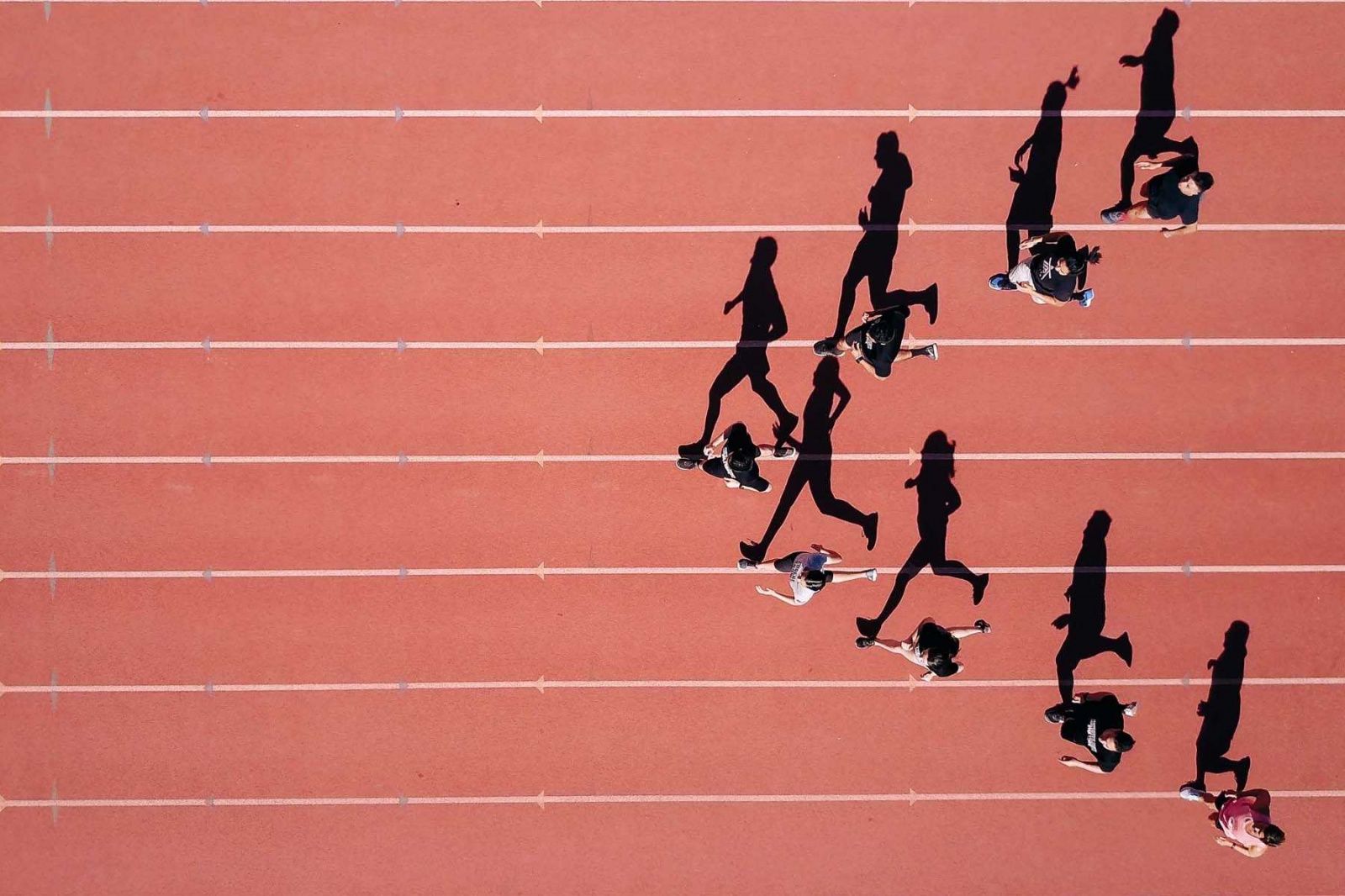 The 2020/21 season saw many AVOD digital services beginning their Digital Original output in earnest, enhancing their libraries with exclusive TV shows as well as acquiring more third party TV shows than ever in the first window. While historically AVOD has been largely the home for library titles, with current scripted TV acquisition on AVOD previously led almost universally by Free TV broadcaster adjacent catch-up services premiering digital exclusives, these latest developments signal that the latest AVOD players may be starting to up their acquisition game. 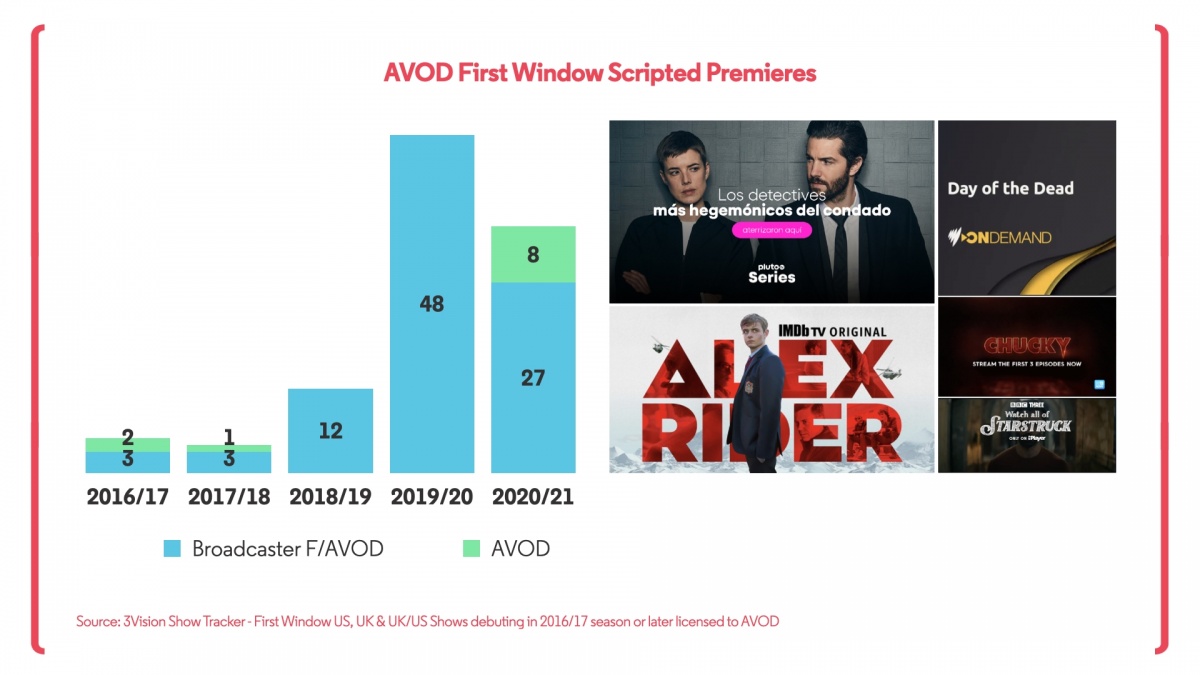 Show Tracker reveals that overall AVOD premieres were down in the 2020/21 season compared to the 2019/20 season, but this came largely from Free TV broadcaster catch-up services engaging in less digital exclusive acquisitions in the period, with pure AVOD services like The Roku Channel and IMDb TV set to take a more significant proportion of these types of acquisitions going forward. Eight TV shows had their first window debut on AVOD services such as these last season, with an additional five premieres already occurring so far in the 2021/22 season. 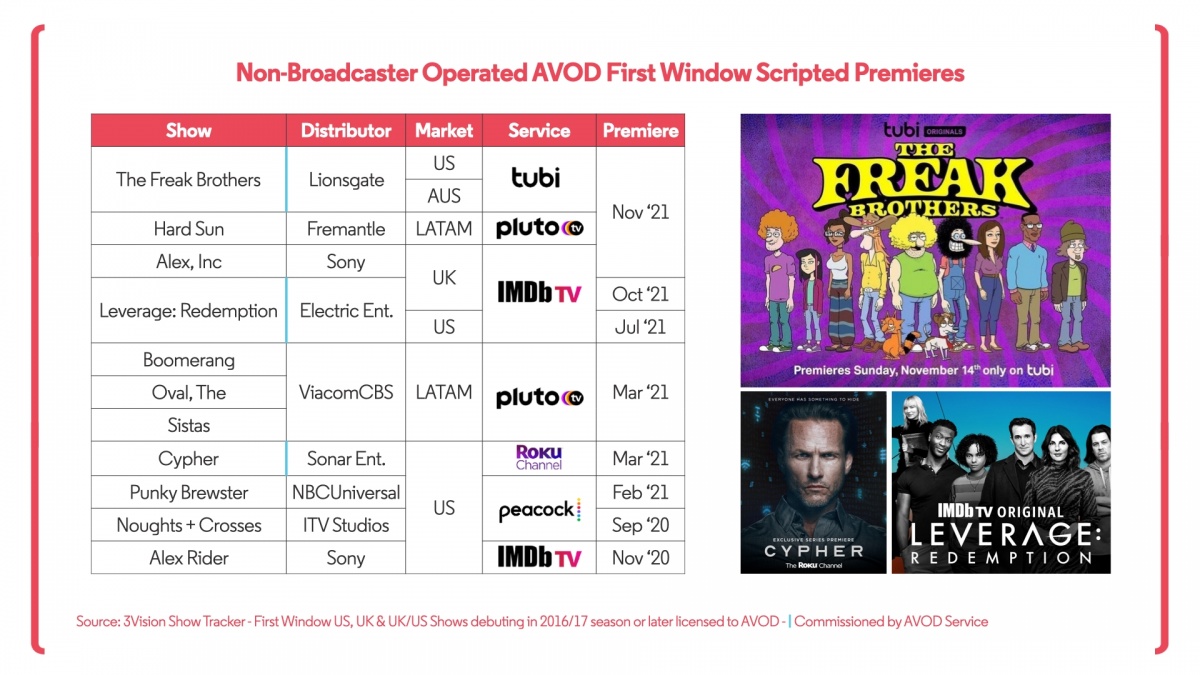 In addition to acquisitions, AVOD services are starting to commission their own Digital Originals which subsequently make it to the distribution market. ‘Cypher’ from The Roku Channel has yet to sell in any Show Tracker market outside of its home in the US, suggesting that the title may be held back for an international expansion of The Roku Channel. In addition to this the AVOD has acquired much of the short-form catalogue from the equally short-lived Quibi, becoming the new home for what were once high profile announcements such as ‘Spielberg’s After Dark’.

IMDb TV meanwhile has acquired ‘Alex Rider’ in the US, branding it as an IMDb TV Original, alongside commissioning the revival TV series ‘Leverage: Redemption’. Currently IMDb TV is only available in the US and the UK, so with Electric Entertainment handling distribution of this particular title, it has made successful sales to Bell Media in Canada and RTL in Germany.

Fox Corporation’s Tubi has provided the latest AVOD commission ‘The Freak Brothers’, with Lionsgate distributing. Despite the AVOD having a presence in Canada, Mexico, Japan, Australia and New Zealand, it is only these last two markets that the Tubi Original has debuted outside the US.

The expansion of Pluto TV, the AVOD service from ViacomCBS, has brought with it an increase in first window premieres, primarily through ViacomCBS titles being vertically integrated onto its Latin American service, although they are engaging as a third party buyer for some TV shows, notably ‘Hard Sun’ from Fremantle, in activity that mirrors the studio's approach with its SVOD Paramount+. Ahead of the release of the latest season of ‘Star Trek: Discovery’, ViacomCBS cancelled its existing deal with Netflix, instead premiering the season on Paramount+ or Pluto TV depending on the market.

Free TV channels’ digital adjacent catch-up services have themselves premiered a number of TV shows as digital exclusives, effectively acting as AVOD services themselves. In this regard they have been the historical drivers of new AVOD releases in Show Tracker, with most activity occurring in the 2019/20 season. 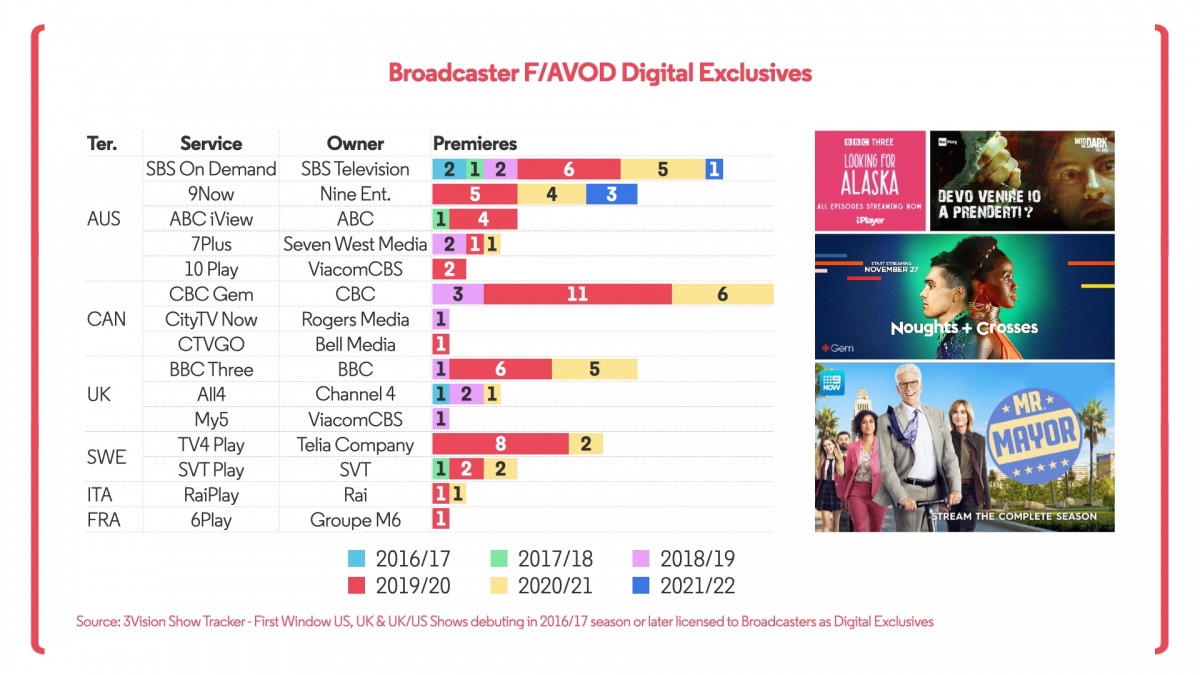 Australia, Canada and the UK have been the main trendsetters in this area, with Australia in particular igniting a level of demand that has forced most of the major broadcasters to engage in digital only releases. In Canada meanwhile the majority of activity has been lead by the Canadian Broadcasting Corporation through its catch-up service CBC Gem, with a small selection of TV shows held back from this for its subscriber tier CBC Gem Premium.

AVOD services like Tubi, IMDb TV and The Roku Channel all have more Originals in their future pipeline while older AVOD services are seeing a revival in their Originals strategy. When Crackle was under Sony ownership the AVOD premiered nine full-length scripted Crackle Originals and now that the service is under new ownership at Chicken Soup for the Soul Entertainment, three new Crackle Originals have been ordered, all produced by their in-house production company Landmark Studio Group.

Whether through Digital Original production or acquired content, the strategies being deployed by these services suggest that new releases on AVOD are set to increase season-on-season, perhaps surpassing the level of digital-exclusive premieres seen on Free TV catch-up services. This poses yet another threat to traditional broadcasters, who’s digital exclusive strategies originally stemmed from a need to compete with SVOD services like Amazon and Netflix. While the data would suggest Free TV is less interested in digital exclusives than previous years, now AVOD is becoming more active in this area Free TV broadcasters may be forced into a more defensive digital strategy if AVOD services not only reach higher commissioning levels, but also start to become particularly aggressive buyers.