The Top Distributed Shows on US and UK Broadcast Channels

This season’s slate of TV from the four major US network channels (ABC, CBS, NBC, Fox) are finding homes in several international territories. Show Tracker reveals the most widely distributed titles that debuted on these services 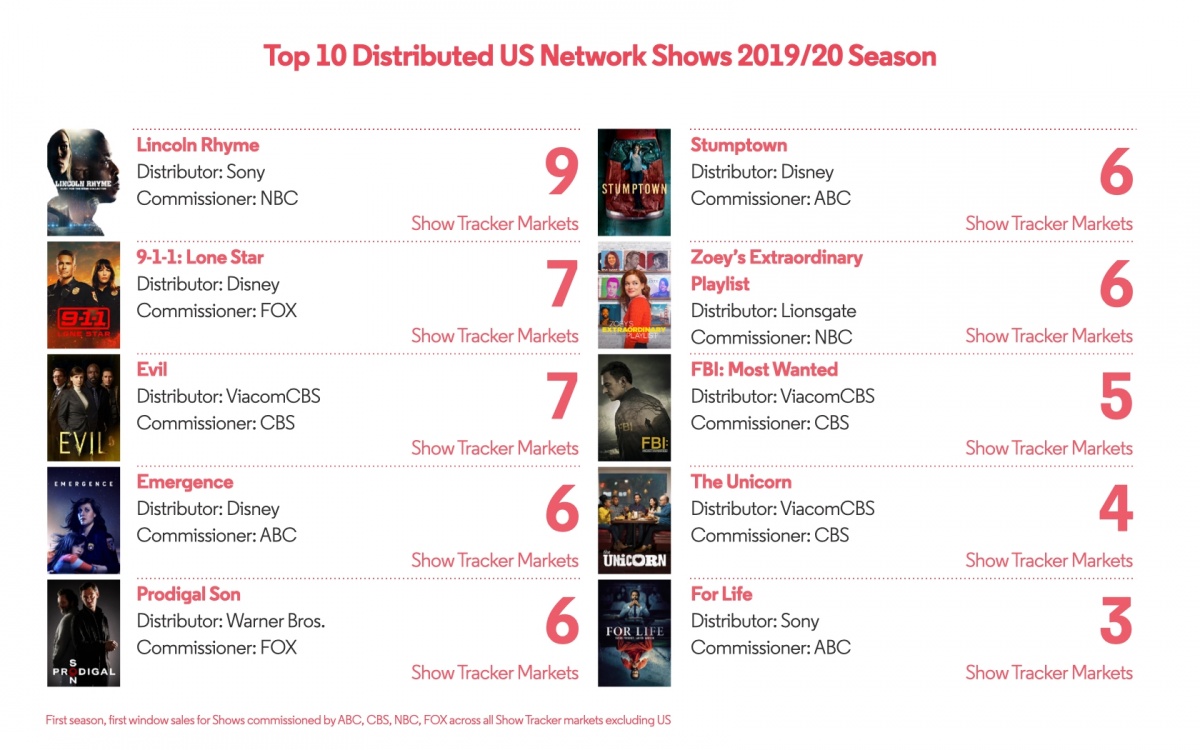 Lincoln Rhyme on NBC from Sony is leading distribution across Show Tracker markets so far this season, largely scoring acquisitions with broadcast services with the exception of Sweden (Viaplay) as well as benefiting from adoption by Sony owned AXN in multiple markets (Brazil, Mexico, Spain) 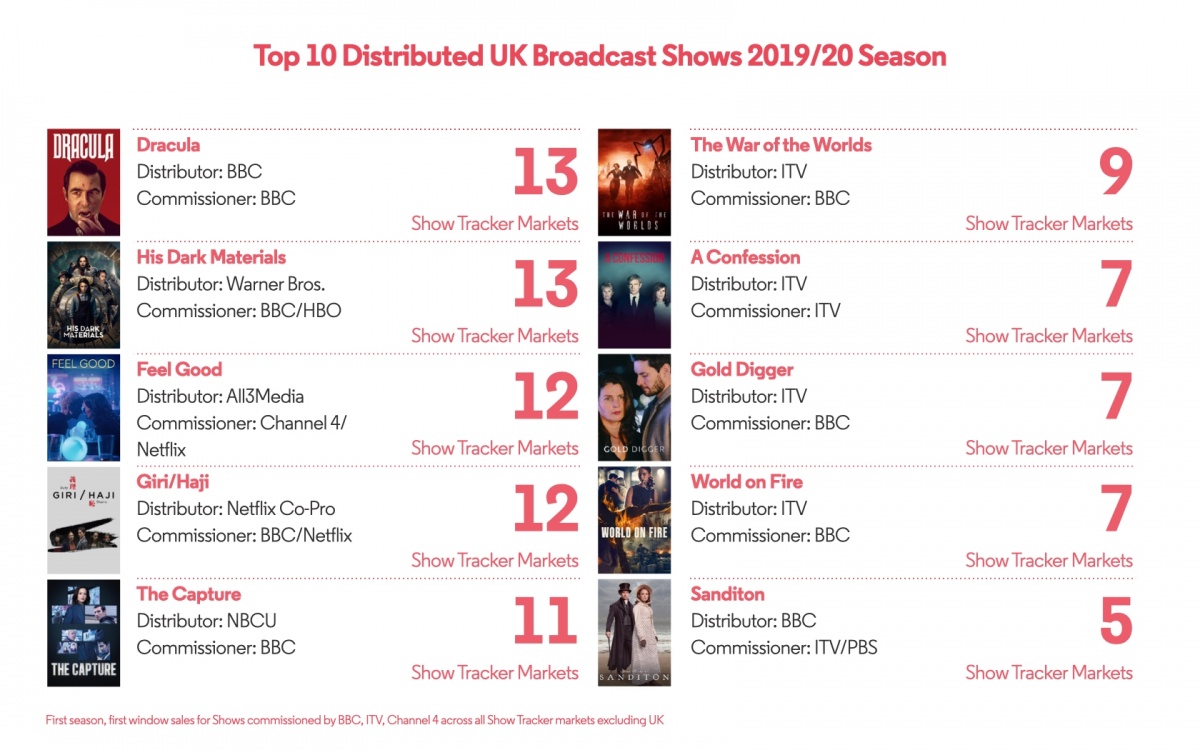 Taking a similar look at titles debuting on major UK broadcast groups (BBC, ITV, Channel 4) immediately shows the increased reach of these titles when sold as part of multi-market SVOD deals (Dracula, The Capture) or created in co-operation with Global SVOD such as Netflix (Giri/Haji, Feel Good) or US premium cable such as HBO (His Dark Materials)

Titles from UK distributors are finding more success in China over their US counterparts due to ongoing political tensions, with His Dark Materials premiering as a Boxset on SVOD Tencent Video and Dracula on Xigua Video which previously specialised in short form video