Acquiring award winning drama for a local service is becoming tougher. Winning shows from HBO like Chernobyl and Succession or The Loudest Voice from Showtime are still being distributed as part of output deals across Show Tracker markets. Meanwhile The Act has been picked up by StarzPlay in most markets to fit into their goal of creating a home for female orientated premium drama while Lionsgate has held back its own show Ramy for StarzPlay in most markets. 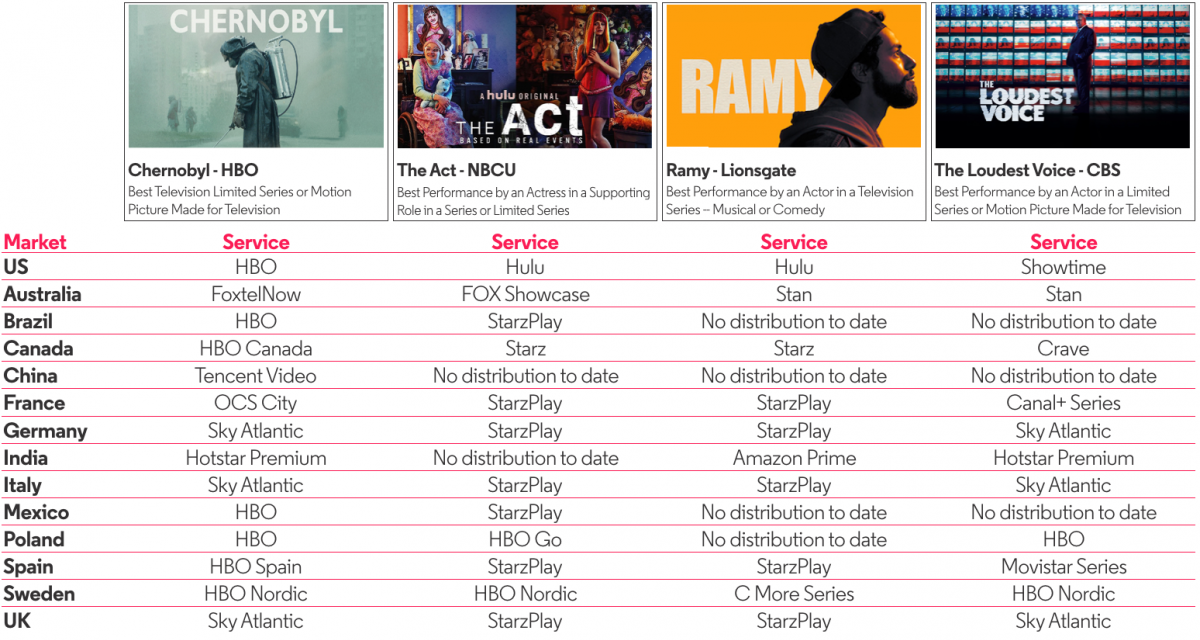 The outlook is more hopeful in the second window as looking back at past winners of the Golden Globes reveals second window deals being achieved in most Show Tracker markets, with a diverse array of services able to acquire award winners after their original premiere.

The former 20th Century Fox TV Distribution adopted differing strategies with its shows, with American Crime Story appearing on Netflix as a second window in most territories while Atlanta was instead held back for the Fox owned VOD libraries that sit within local operator catch-up services. 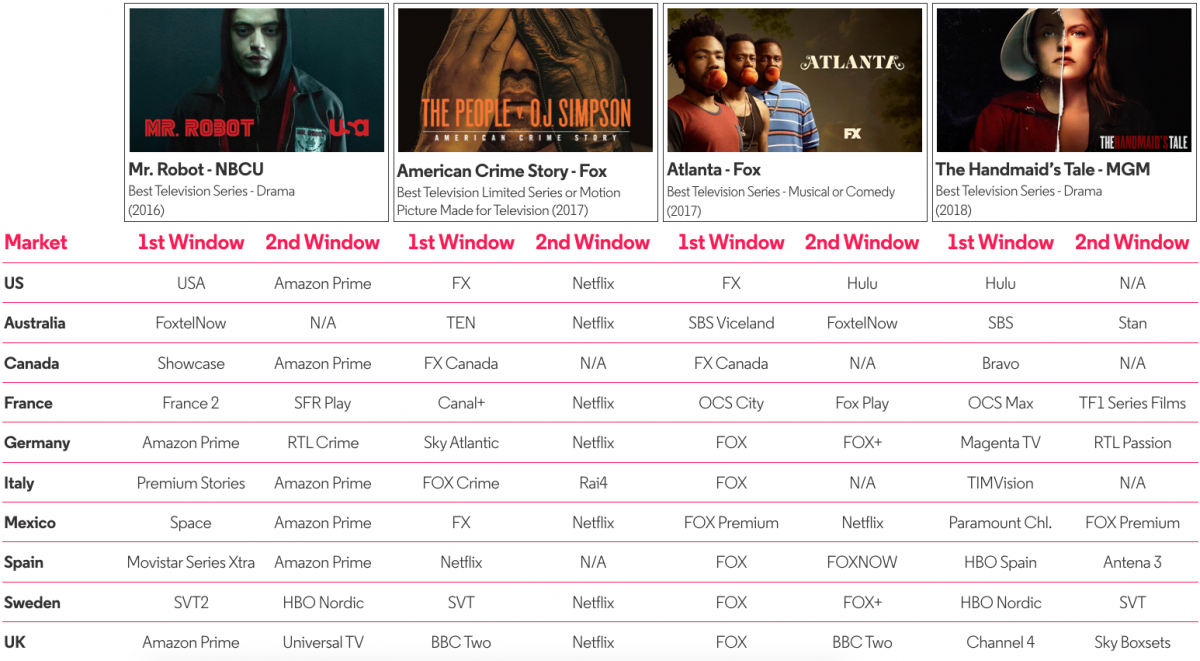 Award winning shows of high quality can also encourage broadcasters to purchase content previously on SVOD, such as Universal TV in the UK which acquired Mr. Robot after an initial Amazon Prime release in the country, or The Handmaid's Tale which gained broadcast buyers in Spain and Sweden after first appearing on the local HBO SVODs.

What shows are selling?

Who's buying them? Find out more about Show Tracker
COOKIES