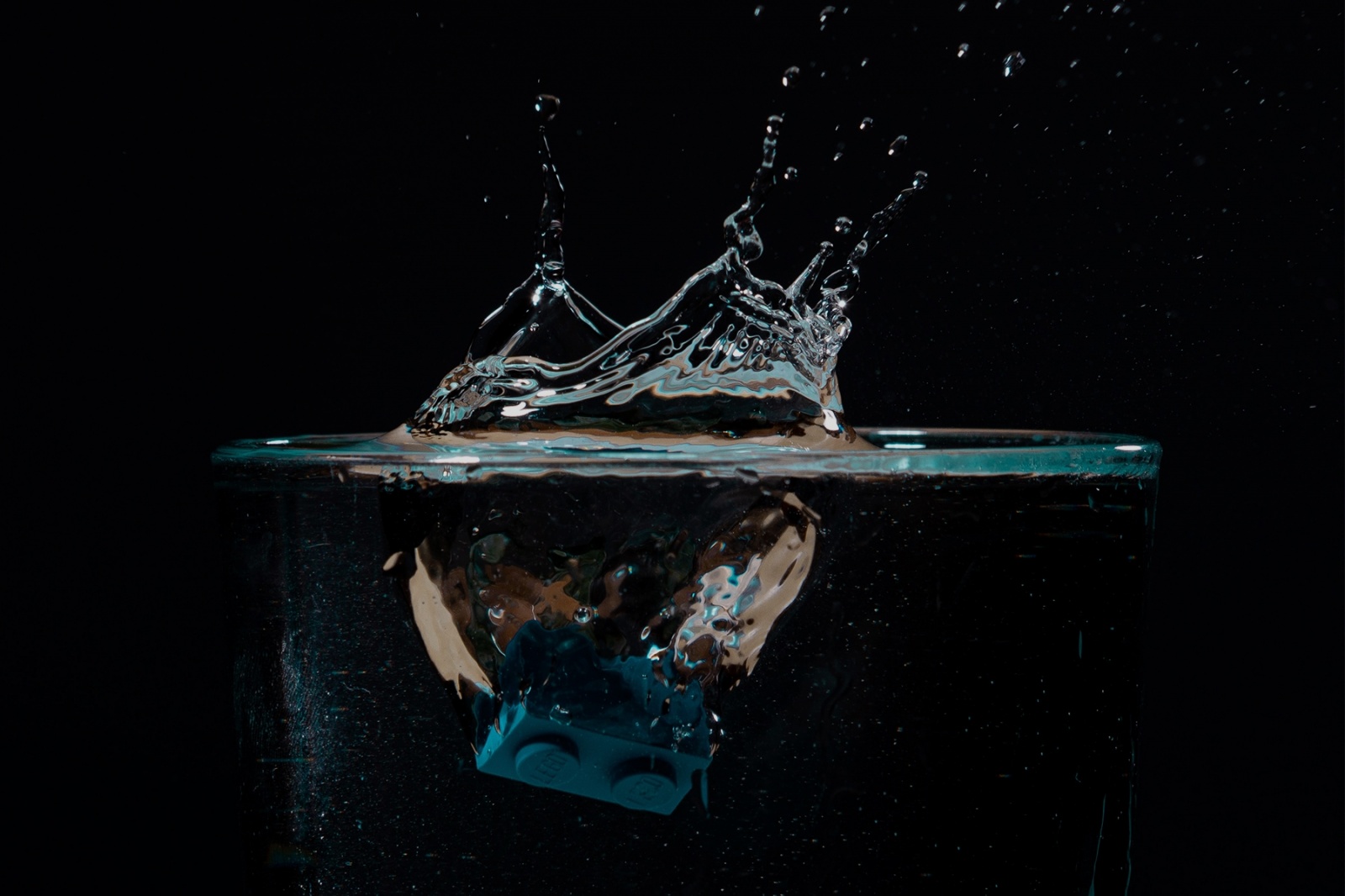 The Ripple Effect Of Paramount+ Arriving In The UK

Newly launched paramount+ becomes the next Studio Streamer to try and make a name for itself in the UK market. Bringing with it a number of held-back Paramount+ Originals such as “Halo” and Yellowstone prequel “1883”, boasting a library of over 30,000 episodes and movies as they compete against the big guns of Netflix, Amazon Prime and Disney+. Already showing their intention as a competitor, Paramount pulled Star Trek: Discovery season 4 from airing on Netflix in November two days before its international launch the intention was clearly to hold it back till Paramount+ launched. The influence on streamers is not the only impact of Paramount+ in the UK, however, despite the launch being bundled into Sky Cinema, there are some question marks on how Paramount navigate their changing relationship with UK buyers. 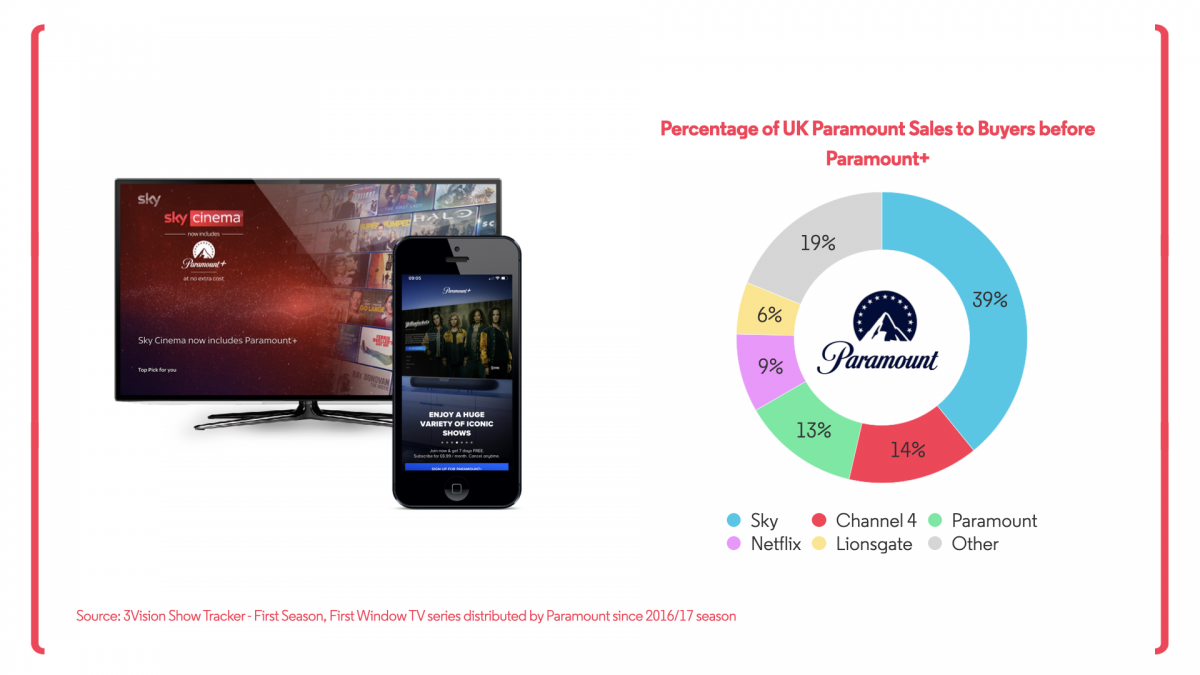 Using Show Tracker, we can look at Paramount's sales since the start of the 2016/17 season. A massive 39% of those sales went to Sky and even 14% to Channel 4 operated services before getting down to the Paramount-owned services where only 13% of their sales went. Of that 13%, only one show was sold in a first window to the Paramount-owned broadcaster Channel 5 showing a large disconnect between the distributor and their channel group. But the launch strategy of Paramount+ suggests that might be changing. On the 22nd of June (Launch date of UK Paramount+) Channel 5 aired “Paramount Presents - Halo”, a special showcase of the first episode of one of Paramount+’s biggest shows. If this seems familiar it’s because it’s a similar strategy that Disney pulled with the launch of Disney+ in France showing the first episodes of the Mandalorian on Vivendi-owned Canal+. But this could signify not only promotion for Paramount+ but also a closer connection with their Channel 5 group and could yield higher vertical integration between the services as Paramount uses locally originated content to attract the UK audience. To that end, Paramount have already been making new UK originating shows such as “Flatshare”, “A Gentleman in Moscow” and “Sexy Beast” but not in time to pair with the UK Launch. Curiously there has been no mention of the strategy relating to Paramount’s big-name procedural shows so while the new “NCIS” was sold to Disney+ “NCIS: Hawaii”, “FBI: International” and “CSI: Vegas” all remain unsold in the UK. With previous iterations of NCIS and FBI airing on Sky Channels this absence could mean they are due to appear on Paramount+ very shortly. 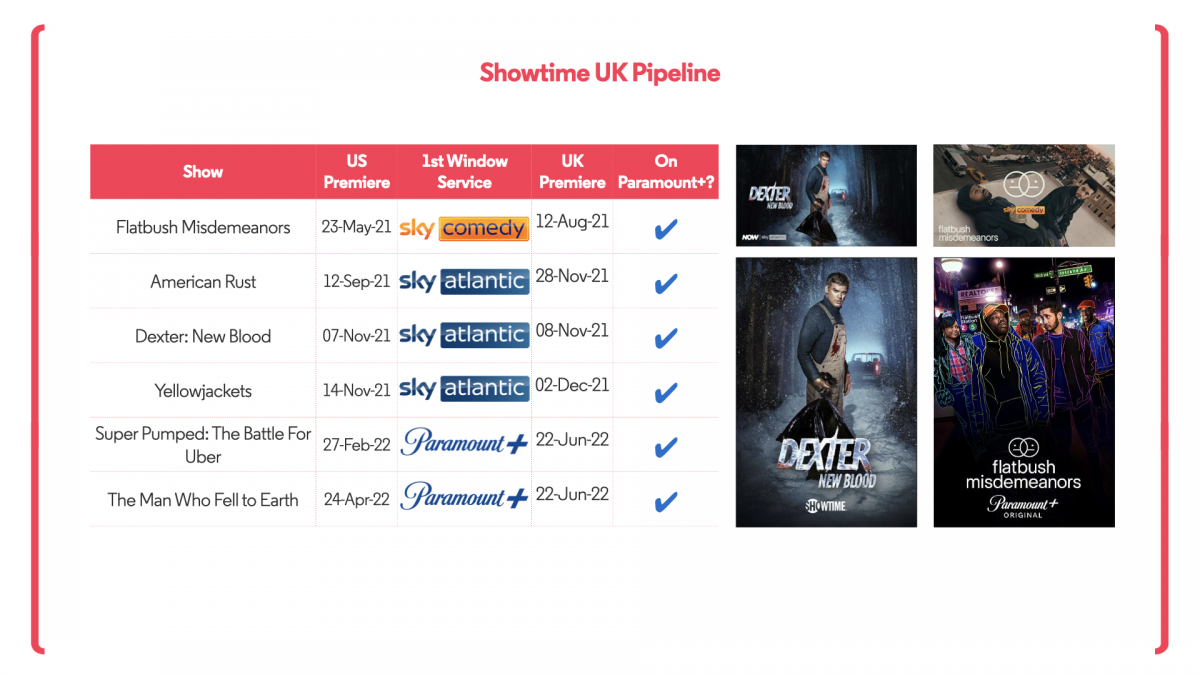 As Paramount have previously only done a small amount of vertical integration in the UK, the question remains on where they plan to provide the rest of their content that aren’t Paramount+ Originals, especially when it comes to the 39% of their shows they sell to Sky. However, looking at their recent slate of ShowtimeTV Series can shed some light on this with four of the most recent Showtime series airing on a Sky Channel, and now being released as part of Paramount+ on launch. Even more so, all four shows are still available on the Sky Go platform, showing co-exclusivity alongside Paramount+. More recently, 2022 Series “Super Pumped: The Battle for Uber” and “The Man Who Fell to Earth” never had a first window on Sky and have gone straight to Paramount+ on launch hinting at a major shift in Paramount’s distribution strategy despite the close ties between them and Sky.

Speaking of which, it's important that Paramount use the new UK launch not only to test out how the similar Sky markets of Italy and Germany will work with Paramount+ when being launched later this year, but as a lesson relating to the impending JV SkyShowtime in many different markets across Europe. Having announced SkyShowtime to be launching in the Nordics, Central and Eastern Europe, Spain and Netherlands by the end of the year Paramount may see a rapid rise in vertical integration of their content leaving many buyers wondering what content would still be available for them, turning the ripple of the UK into a much larger wave.