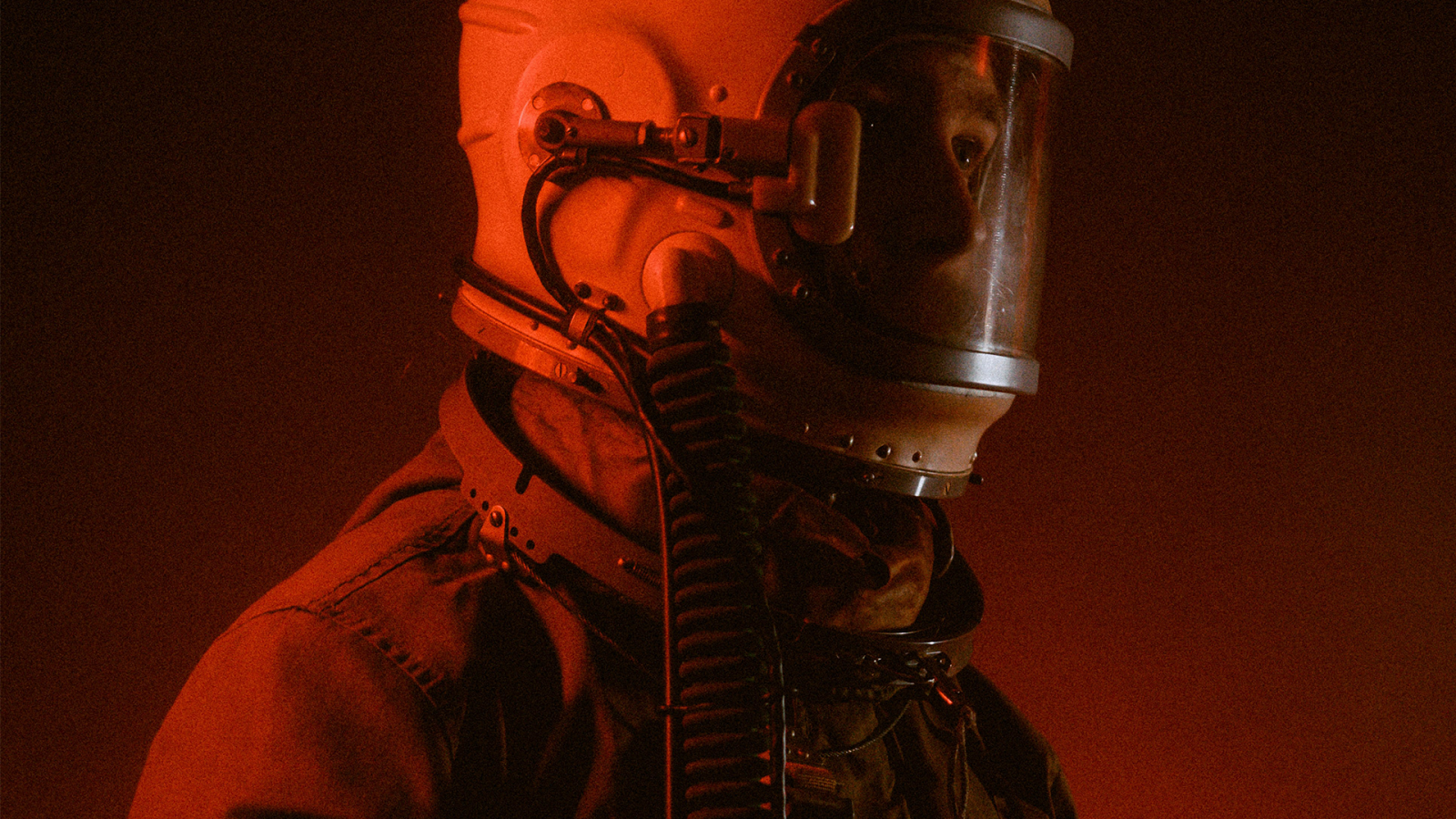 When RTL Group’s TVNOW was rebranded as RTL+ back in November of 2021, it was touted to be the local player that could finally compete with Netflix and the other global SVOD services dominating the region. Although RTL+ is way behind Amazon Prime with 12.6 million and Netflix with 9.2 million subscribers, it has emerged as one of the most subscribed local SVOD services in Germany. The service has grown from 1.2 million subscribers at the end of 2021 to just over 2.7 million subscribers in March 2022. This is the result of RTL group’s strategic partnership to bundle RTL+ premium in Magenta TV, and their growing investment in original local language content which they plan to triple by the year 2026. The fact that RTL plans to house TV shows, Music, Podcasts, Audio books, and Movies under one roof has helped them market the service as a pioneer in cross entertainment. When it comes to acquisition of 3rd party English language content in Germany RTL group along with ProSiebenSat.1 are the only local buyers who have continued to consistently stay in the top 5 in a list dominated by global players. 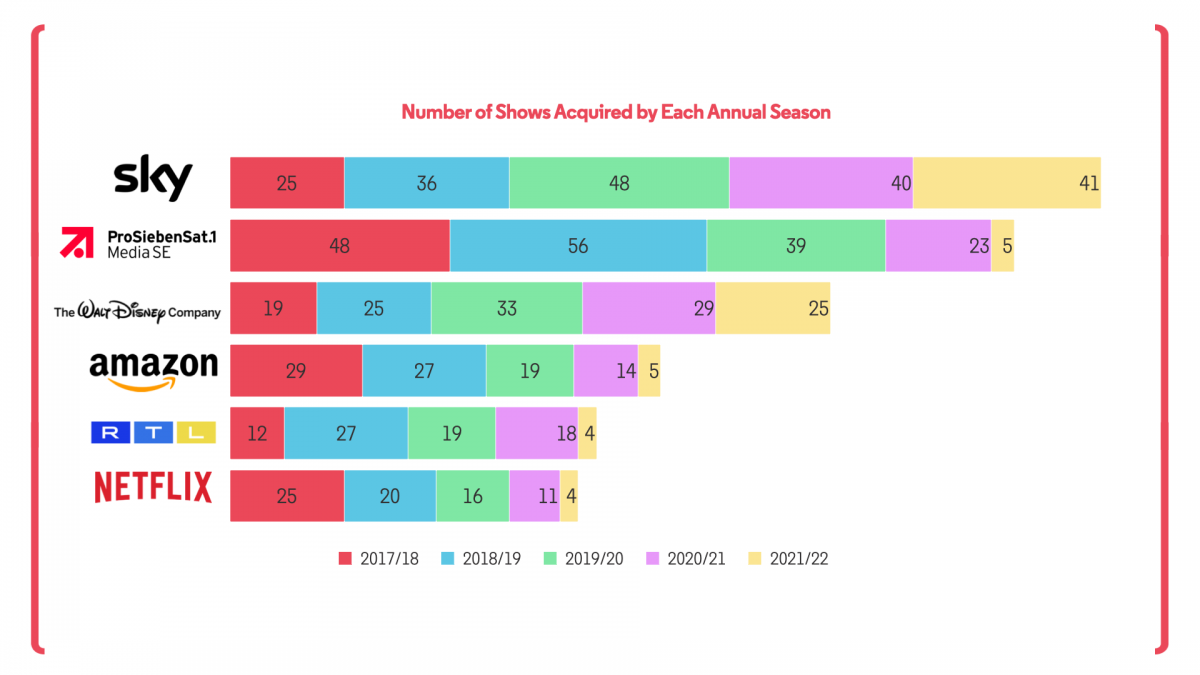 This is once again the case if we take a look at it from a services perspective, the number of first and second window premieres from the 2016/17 annual season onwards shows that the only local service present in the top is RTL+. 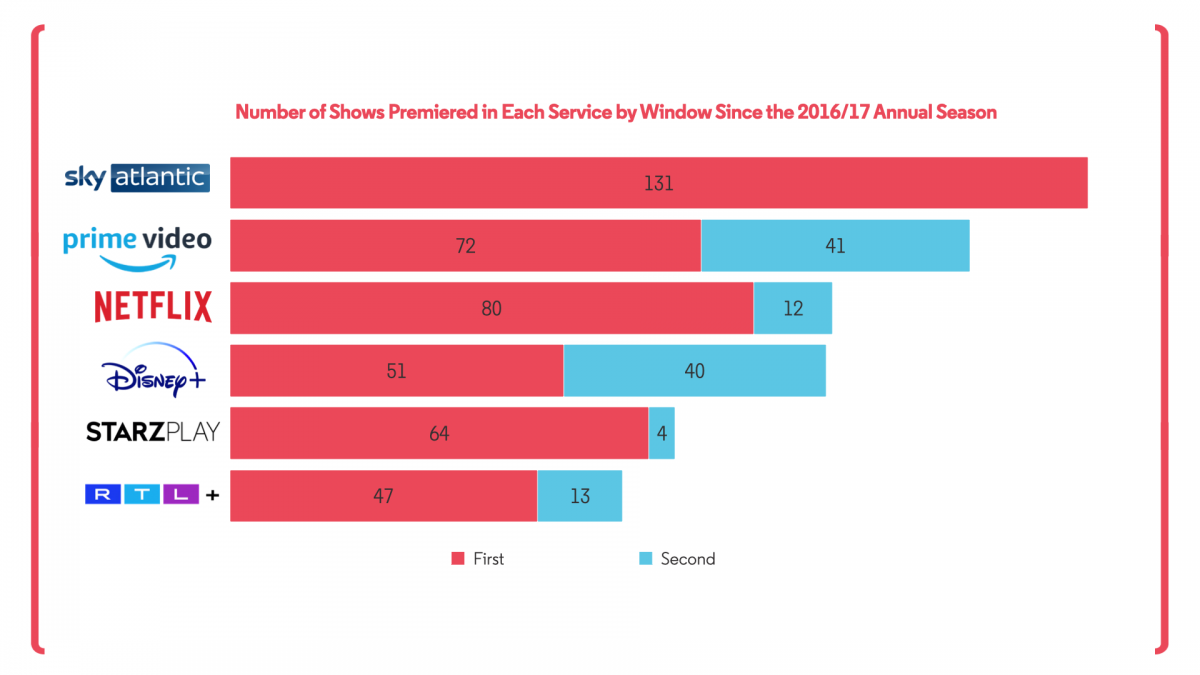 RTL have also recently expanded their licensing deal with Paramount Global, with RTL set to receive an exclusive program package from the Paramount library (a little surprising considering that Paramount+ is set to launch in Germany this year) consisting of new TV shows and other forms of content. RTL has announced that some of these new shows such as Dan Brown’s The Lost Symbol, 4400, and Made for Love will stream exclusively on RTL+ at the end of this year. This deal also guarantees that the most popular type of content present in the service will be of American origin and the most popular seller of content will be Paramount Global. 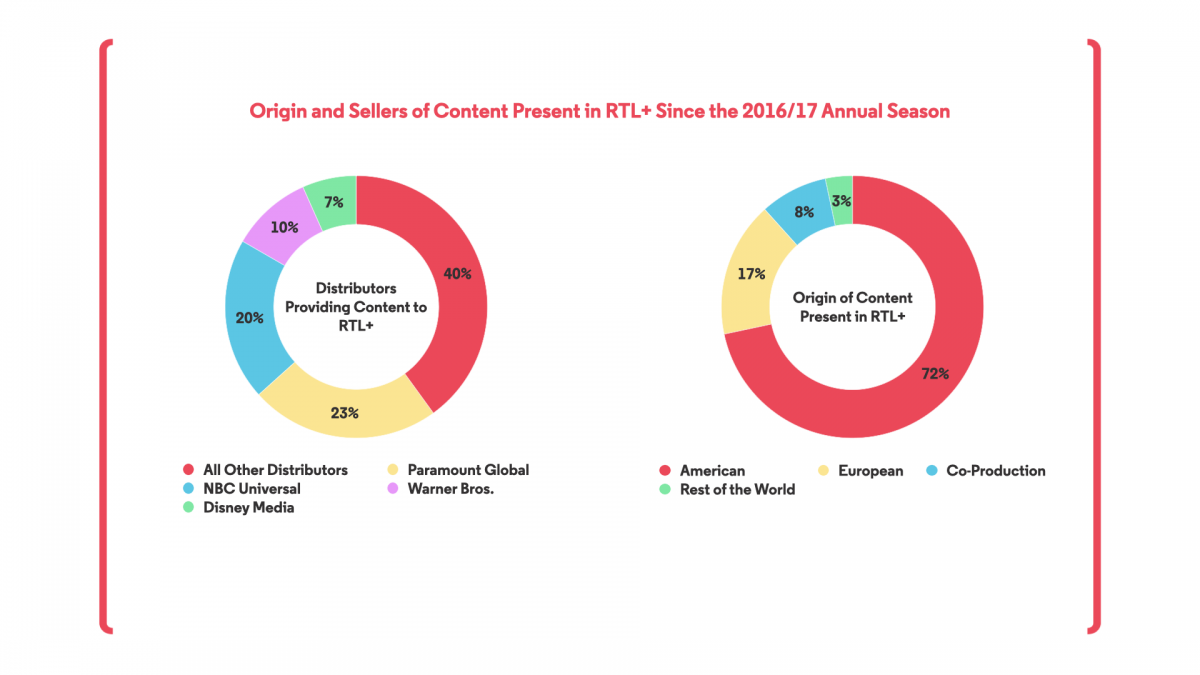 RTL+ is set to get another major boost to their English language catalog as RTL group have recently signed a deal with WarnerMedia, this deal allows RTL+ to exclusively stream all HBO Max content that begins production in 2022. The first of these shows which is set to release at the end of the year will begin streaming on RTL+ in Germany. With the release of HBO Max in Germany being pushed back by the output deal with Sky (which is set to end in 2025), it is sure to inflate RTL+’s growth in the region for the upcoming future.