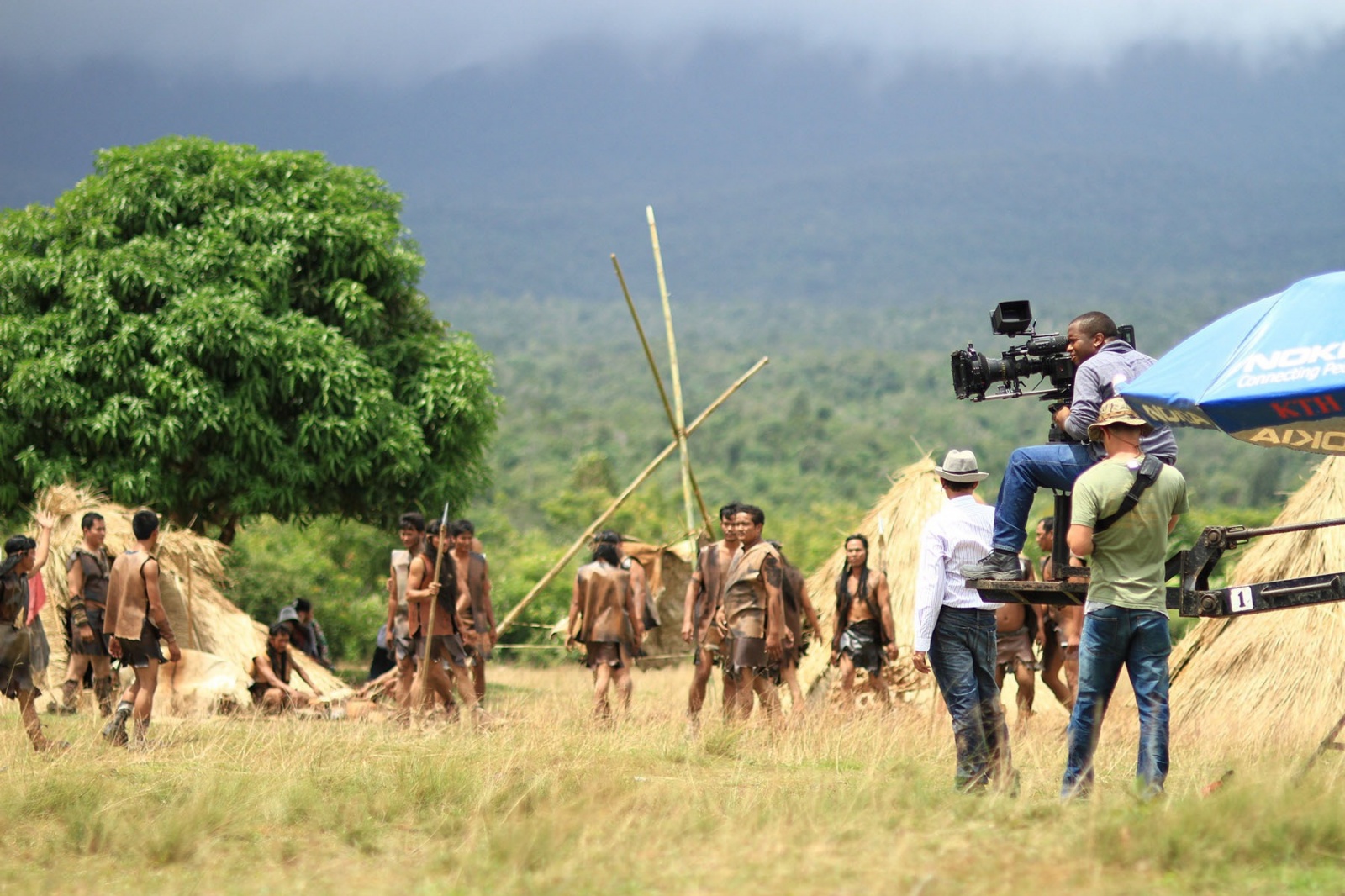 Netflix is the biggest commissioner of new factual content, with 79 titles premiering since the start of the 2019/20 season. HBO is next with 69, the two accounting for over 40% of all new factual output commissioned by US services.

Titles commissioned by Netflix such as ‘Seaspiracy’ and Oscar winning ‘My Octopus Teacher’ appear internationally on the SVOD service whilst HBO content (almost entirely being distributed by sister company Warner Bros.) appears in the usual destinations - on branded HBO platforms (e.g. HBO Nordic and HBO Spain streaming services) and where the company has close relationships with a particular buyer (e.g. Foxtel in Australia, OCS in France, Sky in Germany and the UK).

This weeks announcement of the impending merger of AT&T’s WarnerMedia with the Discovery business is likely to elevate the groups factual catalogue further. 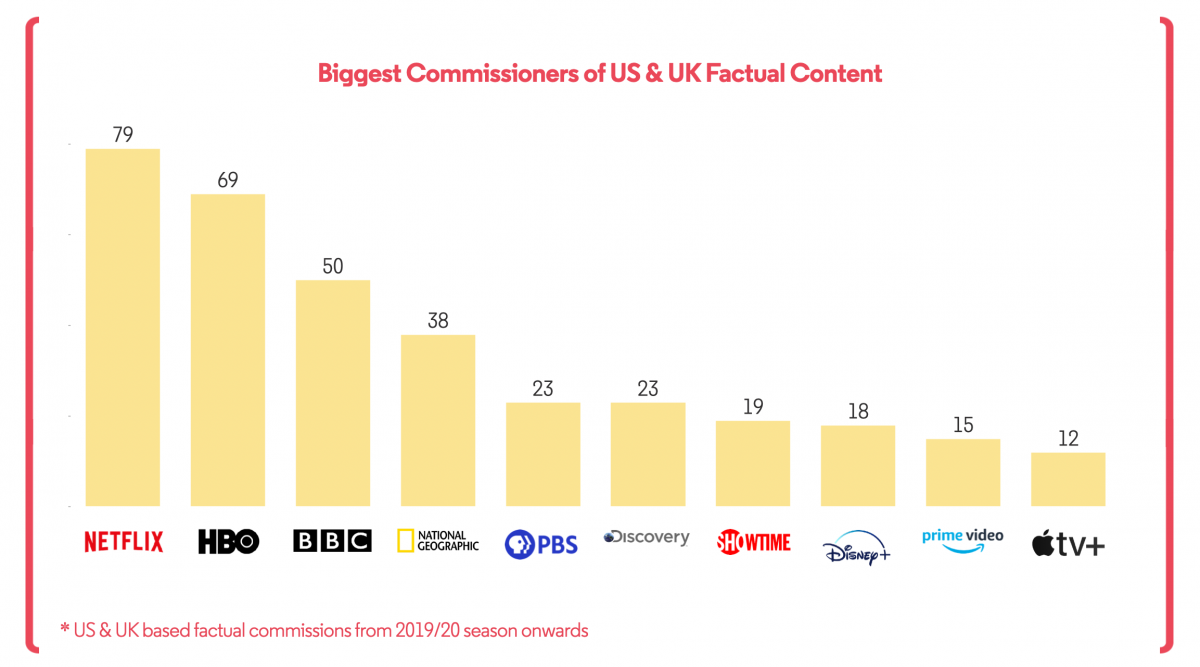 More than half of all factual commissions in the UK originate from the BBC, with BBC Studios distributing this content worldwide. The demand for UK produced factual content continues to grow - exports were estimated by Pact to have increased to £290 million in the 2019/20 financial year. 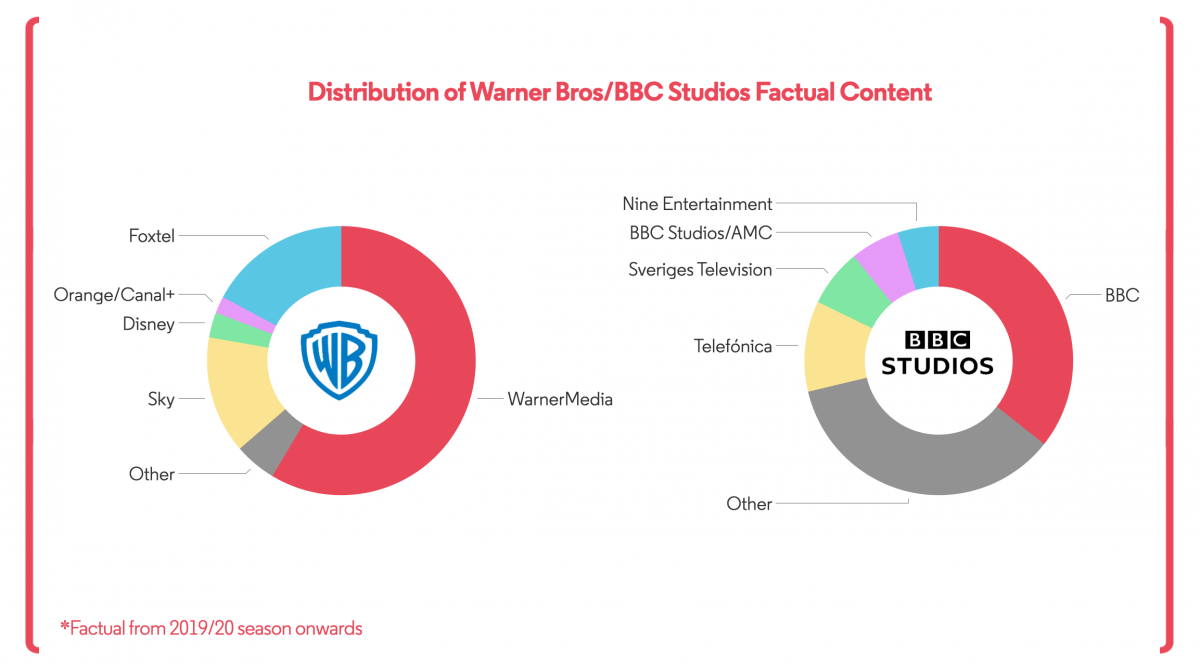 Netflix is the biggest buyer of factual content by some margin in the SVOD space. HBO in Spain and Sweden both acquire around 40 titles each and in other markets second place is a close tie between Disney+ and Amazon Prime (~20 titles), however both fall behind Netflix by some considerable distance. As with scripted content Pay TV is a bigger buyer of factual than Free TV, with very low activity in Spain and Italy where the public broadcasters acquire only a handful of US or UK factual titles. 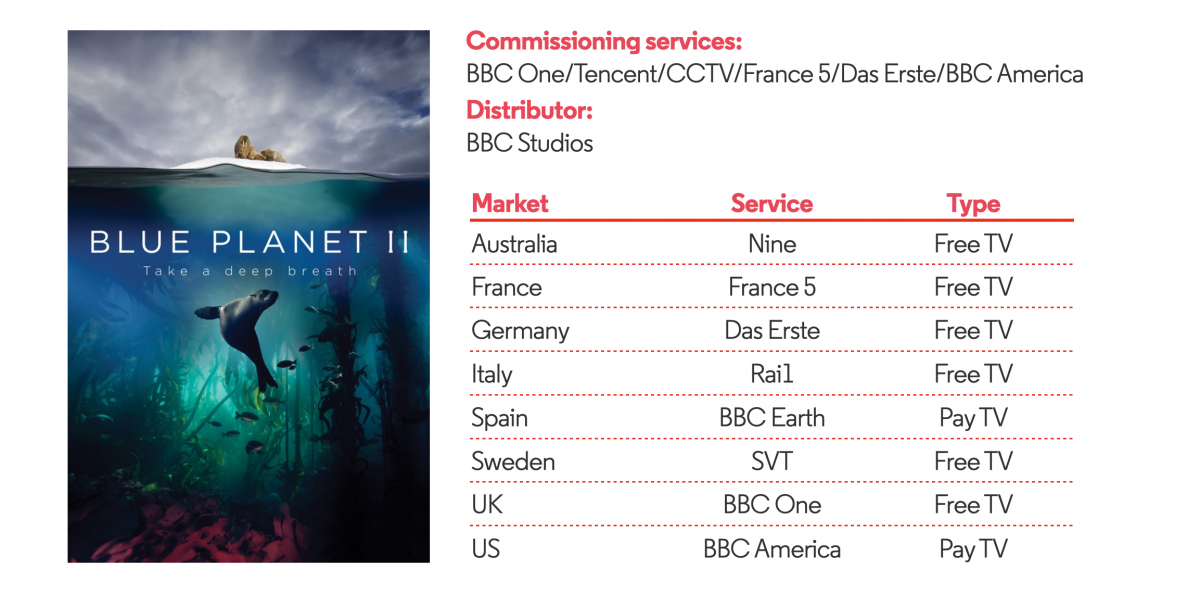 Find the distribution of any TV show in any market using our bespoke TV research service. Powered by our exclusive TV industry data and tracking tools, trust 3Vision to get you the data you need to drive your strategy forward and give you the edge in negotiations.

Whatever your focus - scripted, factual, film or foreign language, we can uncover TV industry trends and provide analysis to help you understand the TV market for content.

To find out more about our bespoke TV research service, contact us today.