In this latest episode of 'Inside Content', I speak with Chris Ottinger, President of Worldwide Television Distribution & Acquisitions at MGM

One of the highlights of this episode, was learning about how MGM have pivoted their business in response to COVID-19 and their PVOD (premium video on demand) strategy. "The challenge going forward I think is finding space for movies in PVOD. The PVOD shelf space is incredibly crowded compared to a cinema... the digital environment has endless choice". Chris believes that PVOD is not a real replacement for theatrical but instead will serve as a nice supplement for the business.

Other topics discussed included some of the biggest trends in the entertainment sector including AVOD, international SVOD markets and MGM's partnership with Amazon. Chris also lets us know what upcoming films he is most excited about including 'House of Gucci' with Lady Gaga, directed by Ridley Scott and the latest information on the much anticipated new Bond film 'No Time to Die'.

Here is a break down of what we discussed in the podcast:

- [4.00] How has COVID-19 impacted MGM’s film and television business? What has your strategy been for PVOD?

- [12.54] Have MGM tested different pricing for PVOD and has there been any price sensitivity?

- [18.37] MGM have recently launched in Africa, has that been successful?

- [20.40] In markets where MGM’s own products might struggle to surface, do you have a different strategy for those territories? 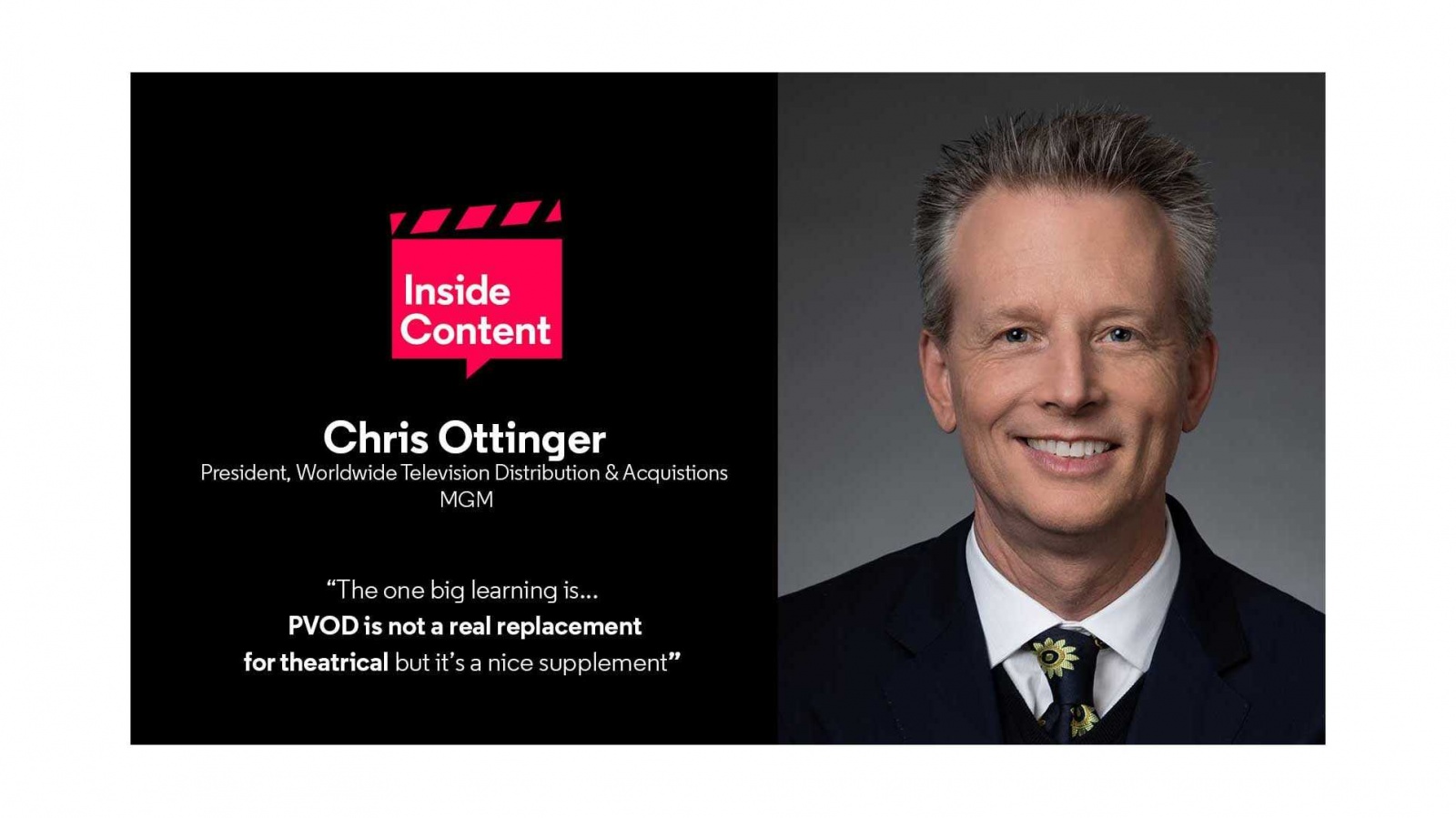 Our COO Jonathan Nickell catches up with Aletta Alberts from Multichoice

Our CEO Toby Russell catches up with Stephen Mowbray from SVT

Our Director Hayley Bull catches up with Ted Schilowitz, Futurist from Paramount Pictures

Listen to the last episode Inside Content: Stephen Mowbray, SVT