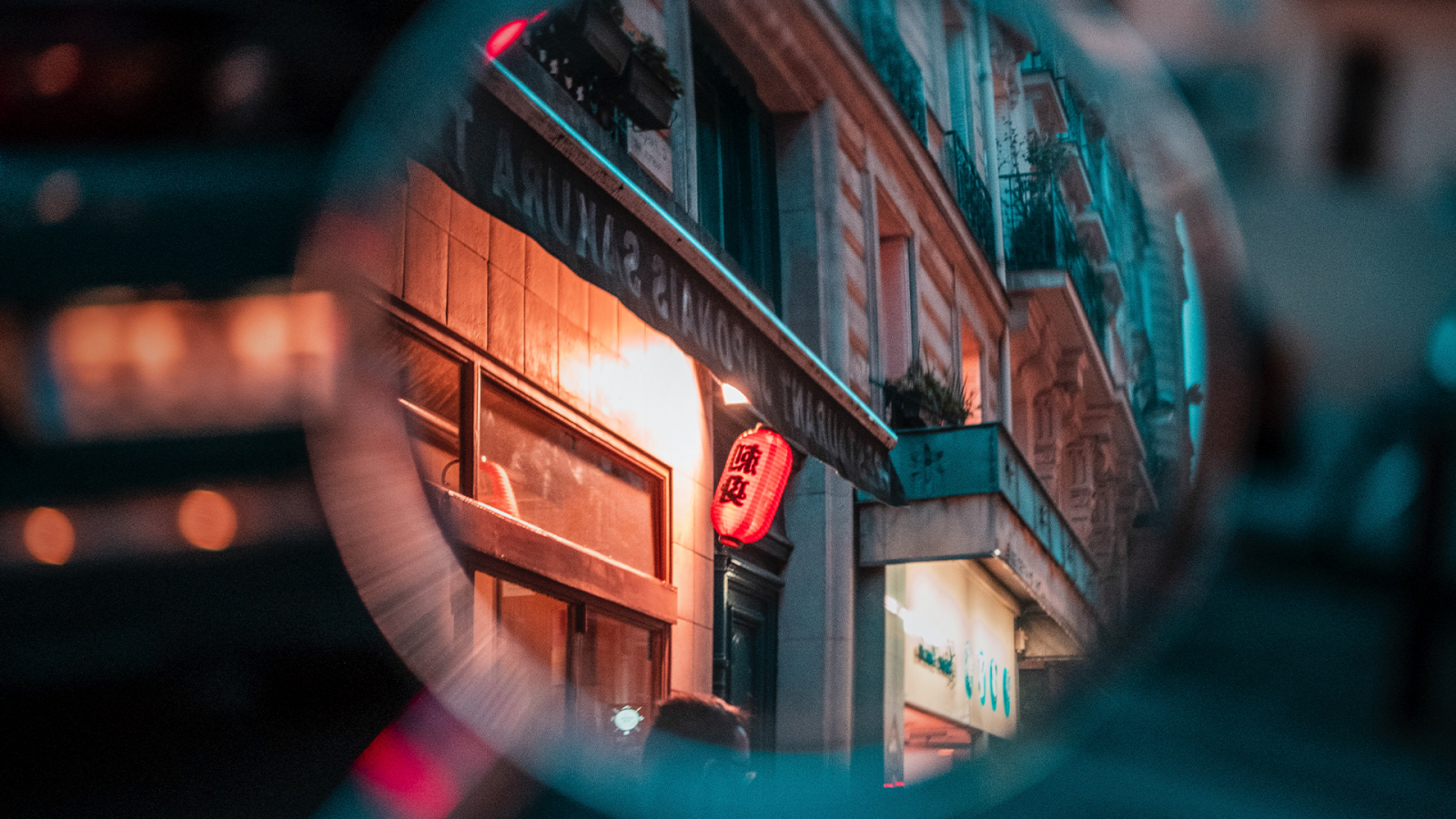 How Japan’s U-NEXT Will Power its ‘Only One’ Strategy

The last annual season saw local Japanese SVOD U-NEXT top the rankings of services for new US & UK scripted premieres in Japan, even beating Disney+ who can lean on their own distribution arm for vertically integrated titles. 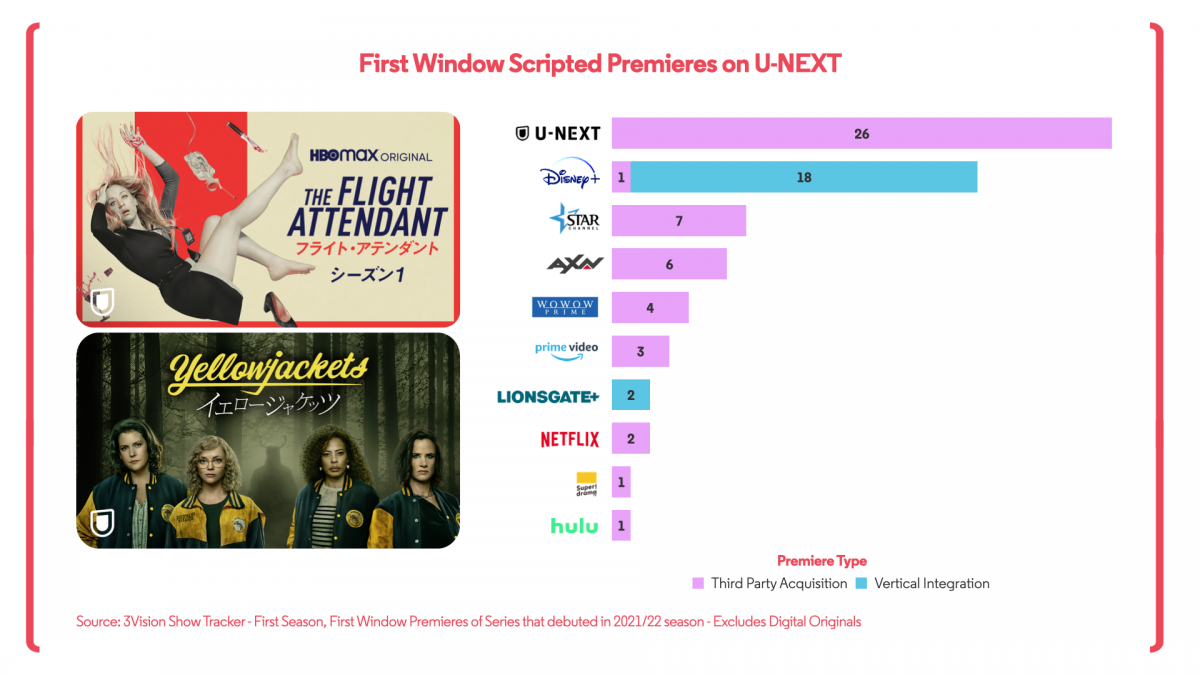 Show Tracker reveals that Japan’s acquisition market is dominated by SVOD services, both global and local, with only 25% of acquired titles in the 2021/22 season premiering on broadcast channels. Acquired titles from overseas are important to U-NEXT’s ‘Only One’ strategy which aims to offer an abundance of exclusive content to their users in one place. However, despite this push, the service still sits below the likes of Netflix, Amazon and Disney+ in terms of subscribers.

The SVOD’s content deal with Warner Bros. Discovery in March 2021 for both its HBO and HBO Max series has helped boost its premiere levels quickly, along with a package deal with Paramount for high-profile Showtime titles. 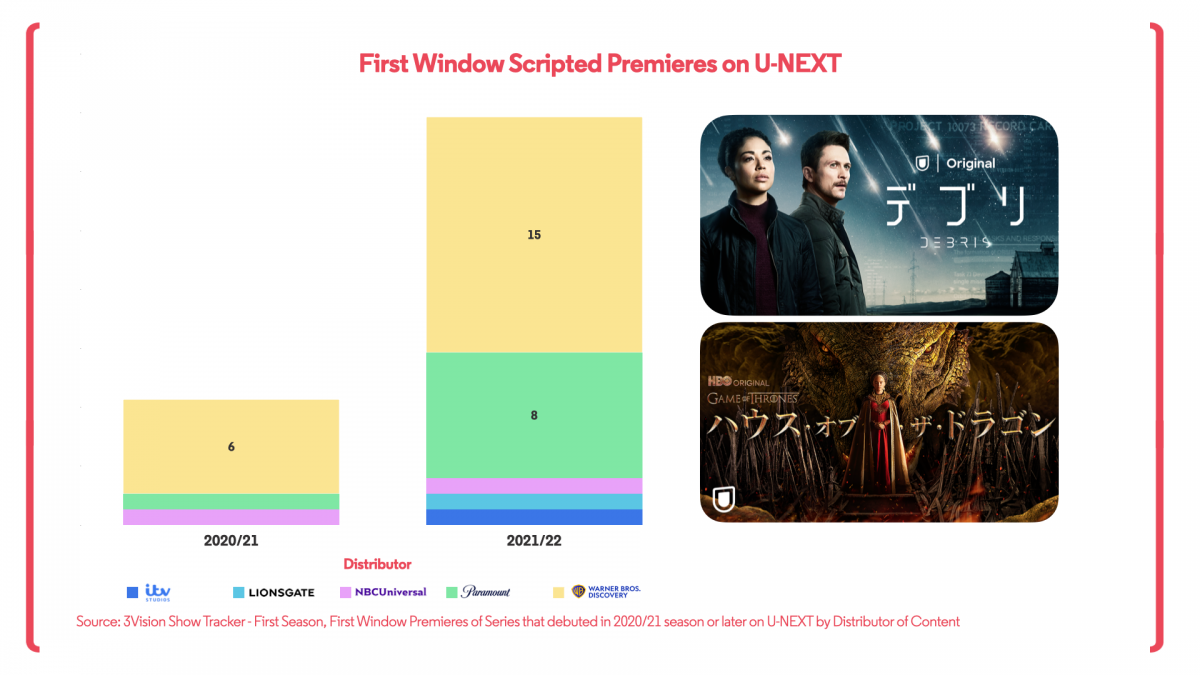 The majority of the growth in premieres seen on U-NEXT has come from these deals with Warner and Paramount. Even those with other distributors have largely been for other HBO Max Originals such as ‘The Girl Before’ (ITV Studios) and ‘Julia’ (Lionsgate).

Prior to U-NEXT, the home of HBO in Japan was Star Channel, which had an output deal with Warner from 2015 to 2021. Some of the HBO titles that aired on Star Channel during that period have already begun to appear on U-NEXT as second windows. ‘Landscapers’, an HBO co-production with Sky Atlantic in the UK, is the one HBO series that still premiered on Star Channel earlier this year despite U-NEXT’s deal being in place, likely due to the title being agreed as part of the prior deal before its production was then delayed. For other services, there are of course ways to still get HBO quality content premiered for users. Wowow Prime for instance did so by engaging with Warner on ‘Tokyo Vice’, a co-commission between Wowow and HBO Max.

With two recently signed content deals, U-NEXT can hope to breathe easy without the need to licence lots of individual series from a variety of third parties. Like most other markets, the tail end of the pandemic and the cost of living crisis continues to threaten subscriber numbers. U-NEXT’s ‘Only One’ strategy seeks to exploit as many of their acquisitions as possible to communicate to their users that they are the exclusive home to premium, must-watch series and movies. Clearly, the service is open to acquiring individual series, as it did with ‘Debris’ from NBCUniversal which was subsequently branded as a U-NEXT Original, demonstrating that the opportunity still exists for distributors to help build out U-NEXT’s library even further.