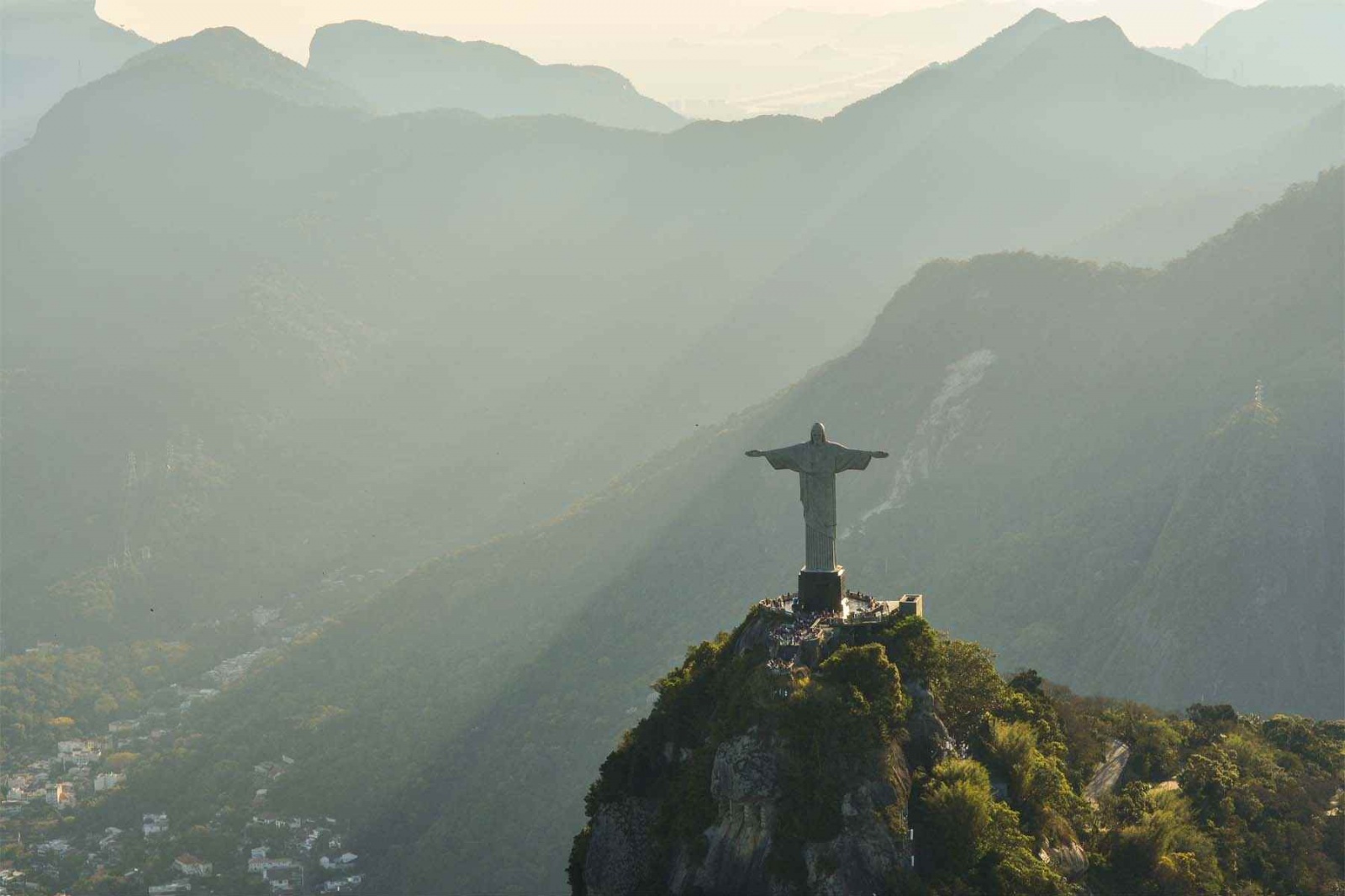 Globoplay Brings the Fight to the Studio Streamers

As talk about about new and globalising D2C platforms continues with the spread of HBO Max, Paramount+ and Disney+ we take a view at Globoplay and it's shifting behaviour as it competes in Brazil. It launched primarily with content from Globo’s archive library content in 2015 but has since gained traction with international acquisitions and its own host of Portuguese language Globoplay originals. 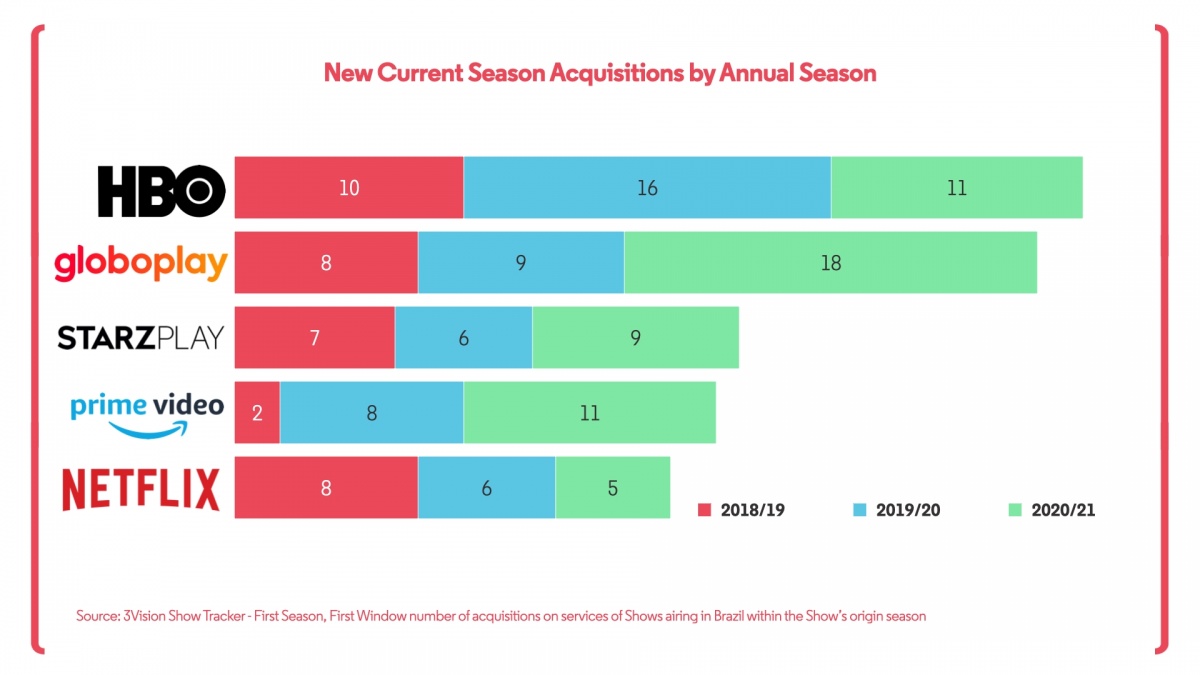 Compared to other services across the last three annual TV seasons Globoplay has accelerated the number of current season TV shows it premieres with 19 TV series premiering on Globoplay in the same season they originally aired. This is especially noteworthy when other high buying services in the market have the advantage of vertical integration and indeed premiering TV series on multiple services in multiple markets at the same time. In comparison Netflix has been shrinking their acquisition titles both in terms of buying less current content and focussing on Netflix originals production, however rather than be just focussing on original productions Globoplay has done both releasing nine new scripted originals across the past two annual TV seasons. 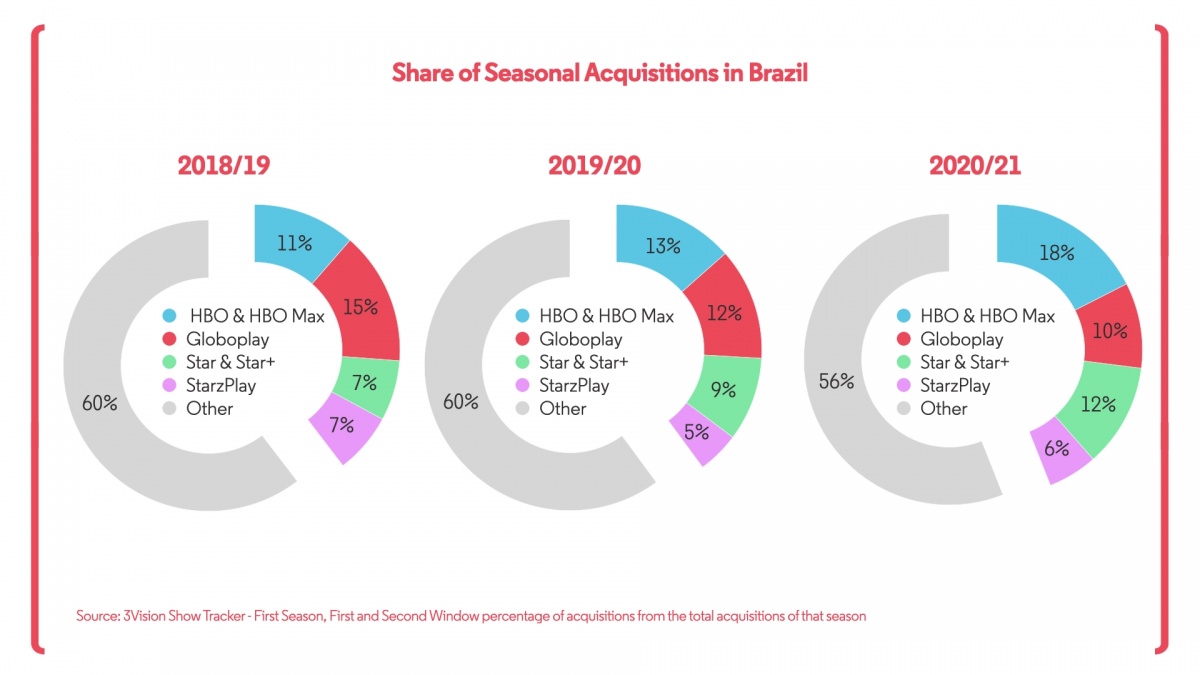 However Globoplay is dealing with a more congested market than ever. With the launches of HBO Max, Star+ and Paramount+, its share of the acquisitions markets is shrinking. Despite launching more current season TV shows and also more previous season shows to increase its content library its share of total acquisitions in the market has dropped by five percent. Given the increase in new services the overall number of acquisition deals in Brazil has grown by 33%, showing Globoplay has a lot to do in order to keep up with Studio Streamers in terms of its content library. 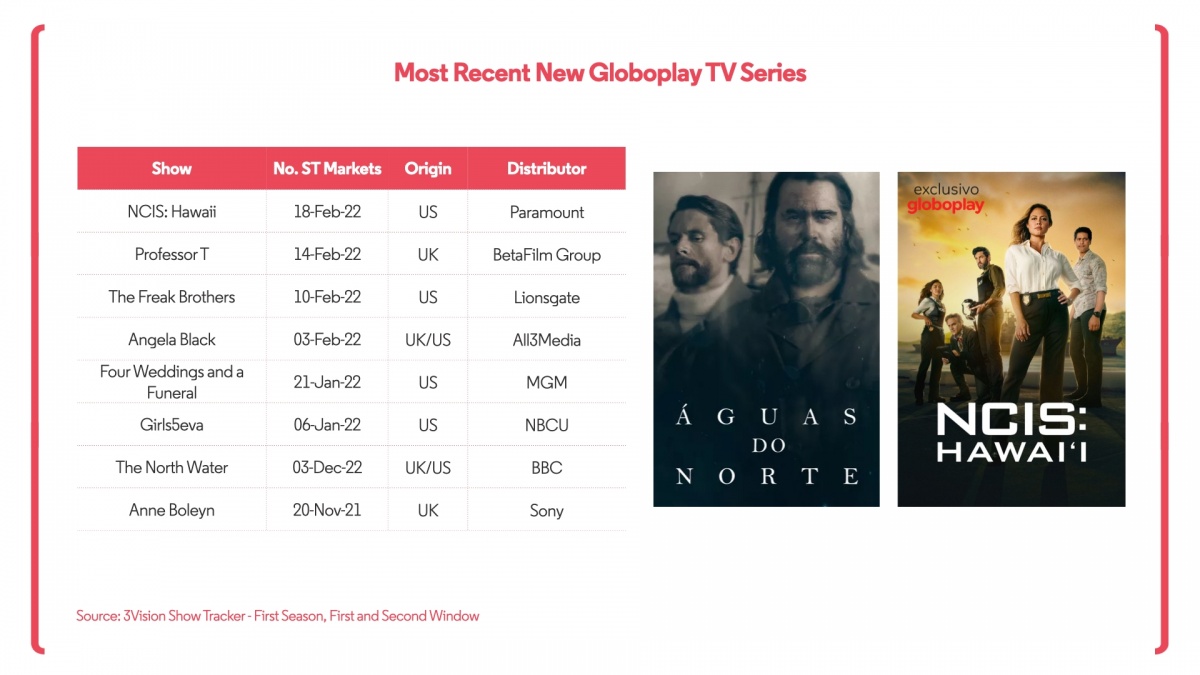 Indeed as more TV series than ever are vertically integrated Globoplay has had to acquire international TV series from varying distributors, the latest nine new releases are all from different distributors. Noticeably no new content from Disney or Warner but Globoplay did manage a deal for the new ‘NCIS: Hawaii’ which is an interesting omission from Paramount+’s Brazilian Catalogue. One way of keeping up with International TV Shows that Globoplay has managed in recent times is the addition of Universal+ in Brazil adding content from Universal TV into their content library such as popular TV Series ‘Magnum P.I’ and the ‘FBI’ franchise. But with the steady expansion of Peacock it remains to be seen what NBCUniversal’s plans in Latin America could be.

Whilst Globoplay has been competing on home turf it has now launched internationally, first in the US in January 2021 and as of October 2021 in Canada and over 20 more European countries, including key markets UK, Spain, France, Germany, Italy and Portugal. Whilst the current content library in these territories is primarily Globoplay originals and Portuguese language TV Series, Globoplay could be about to compete on a more Global stage.