There are still a number of scripted series from the 16/17 US season without distribution in key global markets.

There is most unsold inventory in Mexico (27 shows), where 30% of the US season's new titles remain without distribution.

Canada (10) and Australia (15) have the fewest unsold shows, with each of the other Show Tracker markets similar with around 18 shows still to find a first window home. 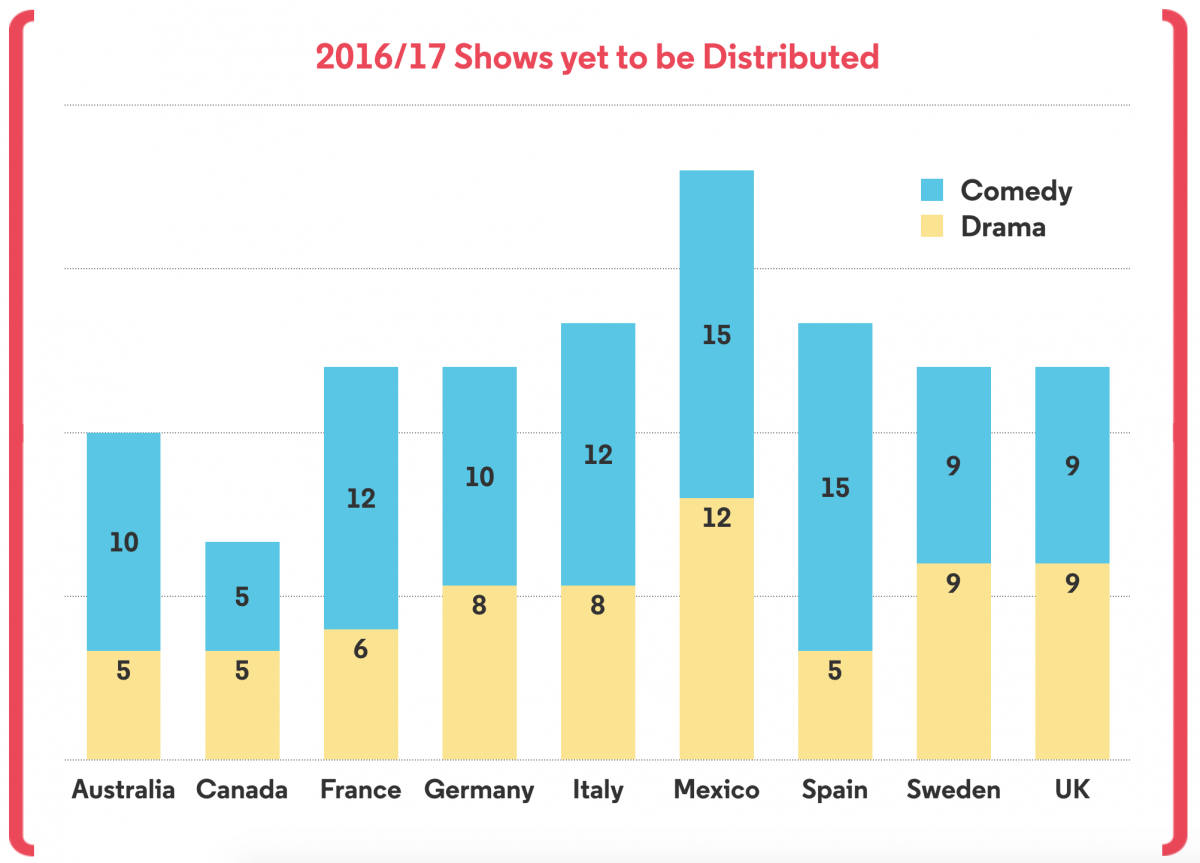 There were fewer new comedies (30) than Drama (61) to be sold from the 16/17 season and yet there are a similar number of each left without distribution, illustrating that the old saying “Comedy doesn’t travel well” remains true.

But content from the 16/17 season is still being sold globally and to a mix of Free, Pay TV and SVOD buyers. In France there have been four shows that have found distribution in the last six months. 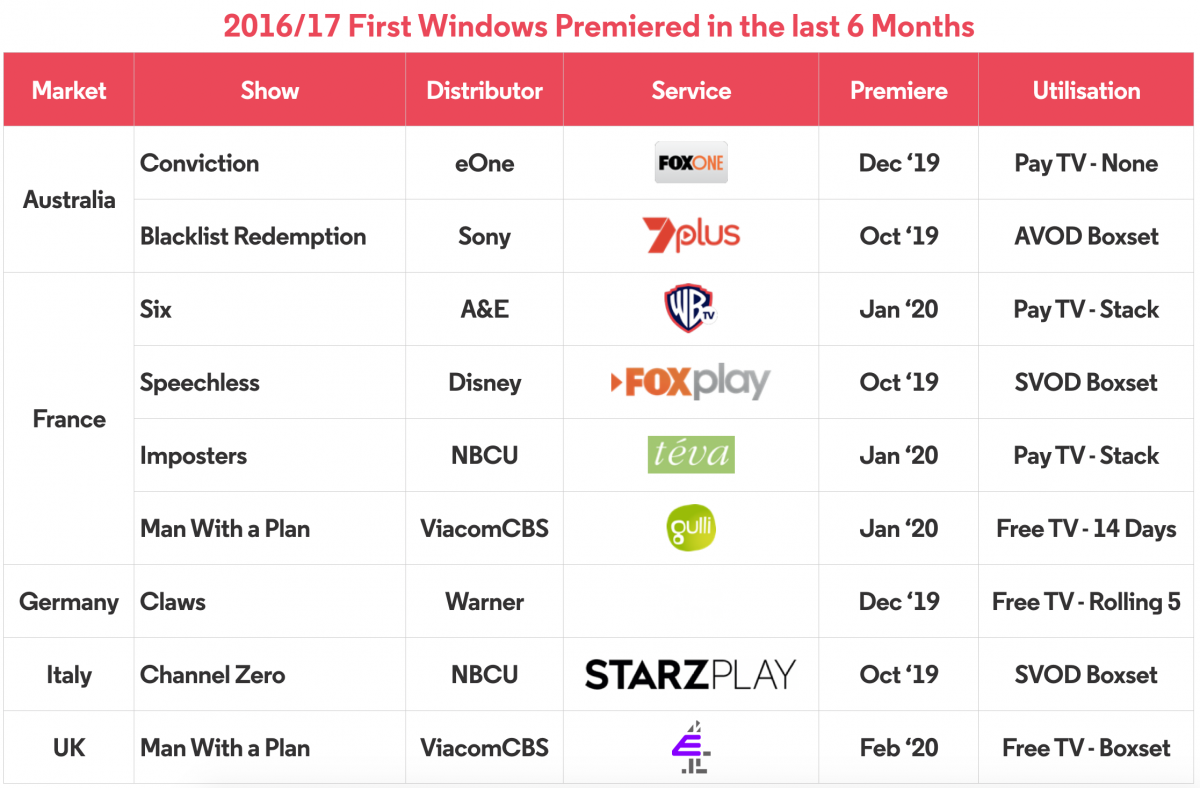 Shows from the 2016/17 season are still debuting on a variety of services around the world. Only one of the premieres within the last six months came from a distributor debuting their content on their own D2C service (Disney owned Fox Play in France) while all the others were acquired by third party services from a mix of distributors.

In Germany, ‘Claws’ from Warner (Formerly sold by Turner) is premiering on ProSieben’s new linear channel Prime Time, which is active four hours a day, after which it is promoted as part of the AVOD level of Joyn, despite only having 30 day catch-up.

In the UK, ‘Man With a Plan’ was acquired by E4 from ViacomCBS (Formerly sold by CBS) and has begun linear transmission of the first season on weeknights but has simultaneously put all three of its seasons on its AVOD service All4 for anyone to watch. 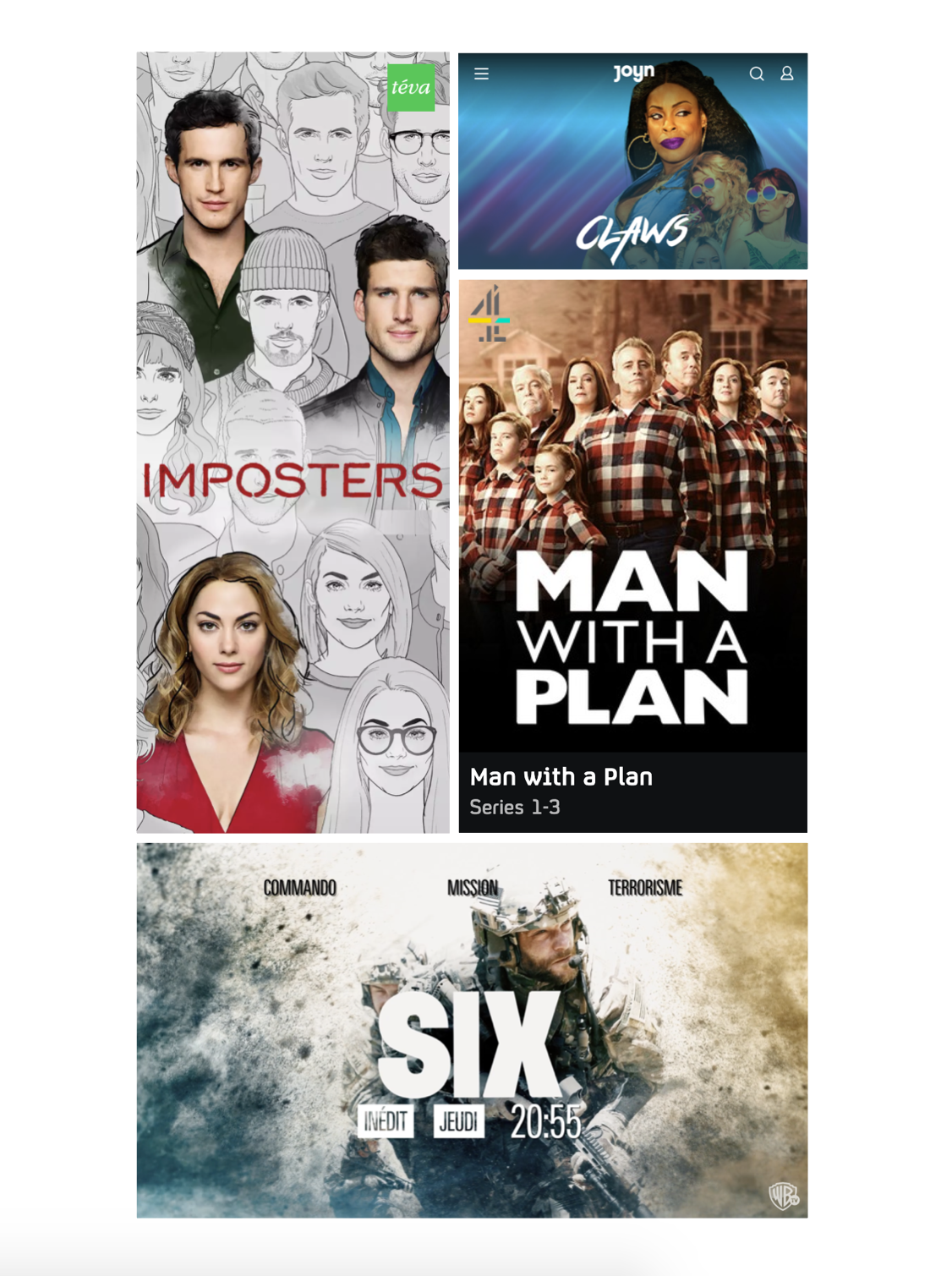