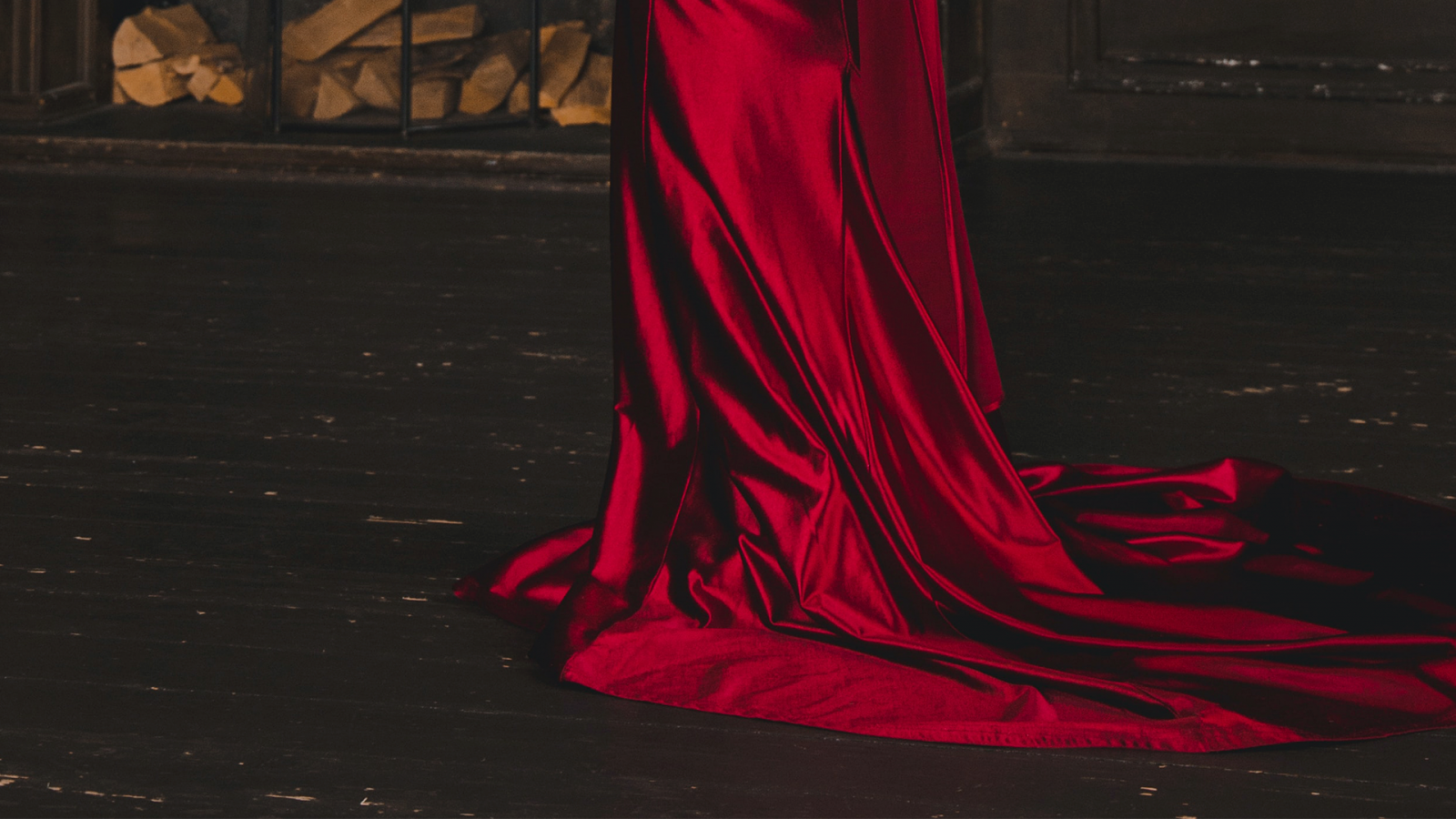 The Handmaid’s Tale captured audiences worldwide since it first premiered and became one of the top shows on Hulu. After five seasons, Hulu has decided to end the Emmy-award Winning show with its final sixth season. Throughout the show’s run, Show Tracker has gathered key data on how Handmaid’s Tale has been sold around the world.

The first season of The Handmaid’s Tale was released simultaneously in the US (on Hulu) and in Spain and Sweden (on HBO Max) with new episodes airing every week. Due to its tremendous success, other markets quickly launched The Handmaid’s Tale with streaming services and broadcasters swiftly acquiring rights to the show. There were initially 9 buyers who bought the show’s first window rights with different distribution methods. 50% of the show’s sales were distributed through SVOD services, 30% were distributed through Pay TV broadcasts and only two markets were acquired by Free-TV services. However, prior to the show's fifth season, Amazon acquired MGM which showed a significant change in the show’s distribution rights in UK. 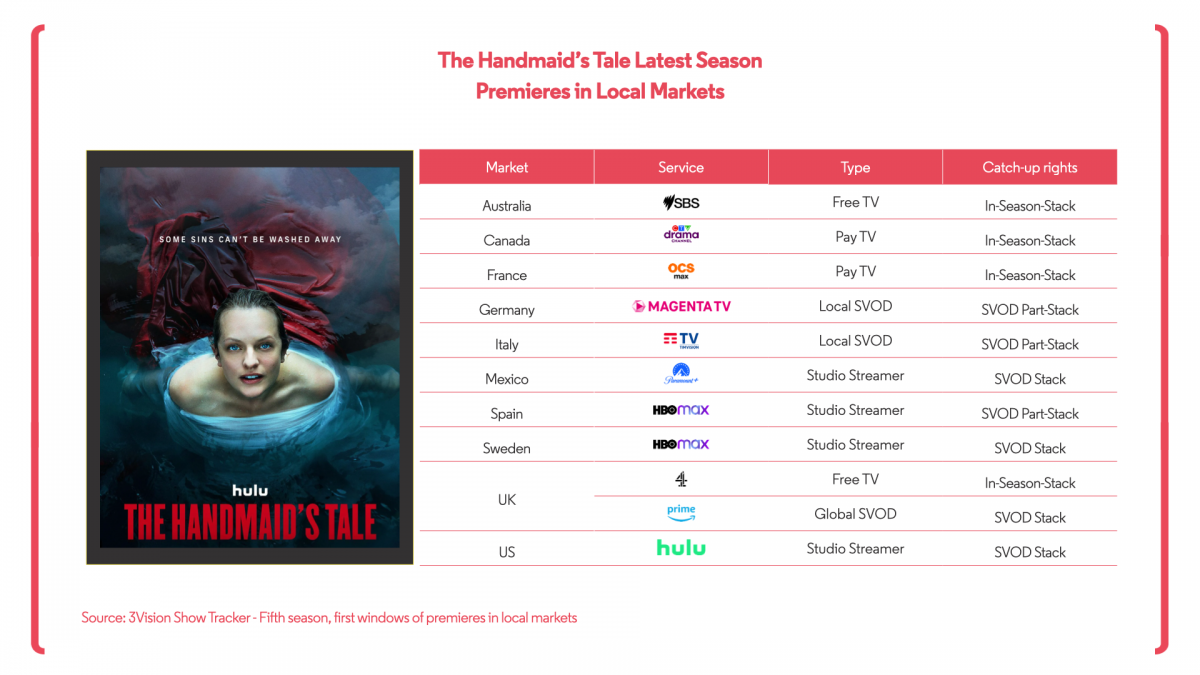 Amazon Prime has been overtaking local streaming and broadcast services in half of the tracked markets to become the leading place to stream The Handmaid’s Tale in the second window starting from the show’s second/third season. Local services have maintained their position in only three markets as a second window to view Handmaid’s Tale in their respective markets. This year, following Amazon’s acquisition of MGM in 2021, Amazon has now secured itself as a first window in the UK as the streaming service co-premiered the show’s fifth season alongside Channel 4 with both parties in mutual agreement on launch plans. Because of Amazon acquiring MGM, future MGM TV shows may be distributed through vertical integration rather than selling to third-party buyers.