Season 3 of Designated Survivor premieres worldwide today on Netflix, having been picked up by the SVOD service following the series cancellation by ABC in the US. Netflix had acquired the first window of both previous seasons outside of North America (Seasons 1 & 2 were available on CTV in Canada), and took second windows in both the US and Canada.

Episodes of seasons 1 & 2 were released weekly on all services, today Netflix have released all episodes as a Box Set. 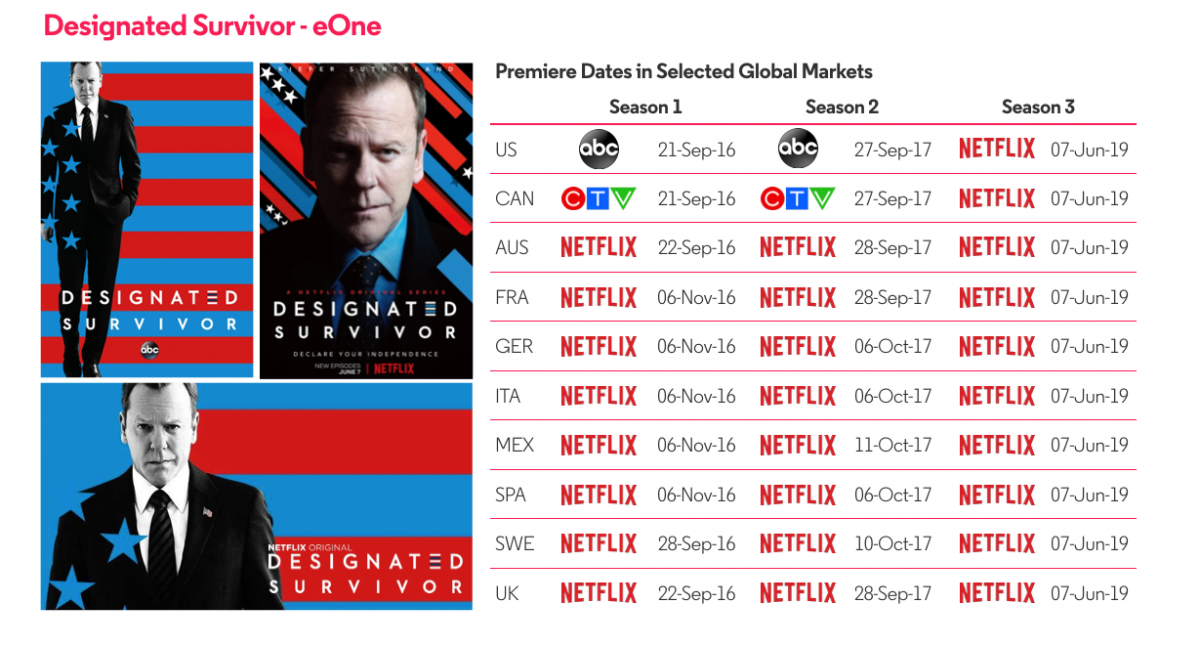