Whilst we may see adjustments following the pressures coming from the COVID-19 pandemic there has been notable activity over the last six months.

Five major channel groups in Australia have released shows first on their AVOD platform since the beginning of the 2017/18 season.

In November 2019 Nine Entertainment extended their partnership with NBCUniversal, securing a content pipeline for their 9Now AVOD service.

SBS On Demand offers the most scripted series as online exclusives with six shows in total - four of which originate from outside the US (two from the UK and one each from Germany and Sweden). 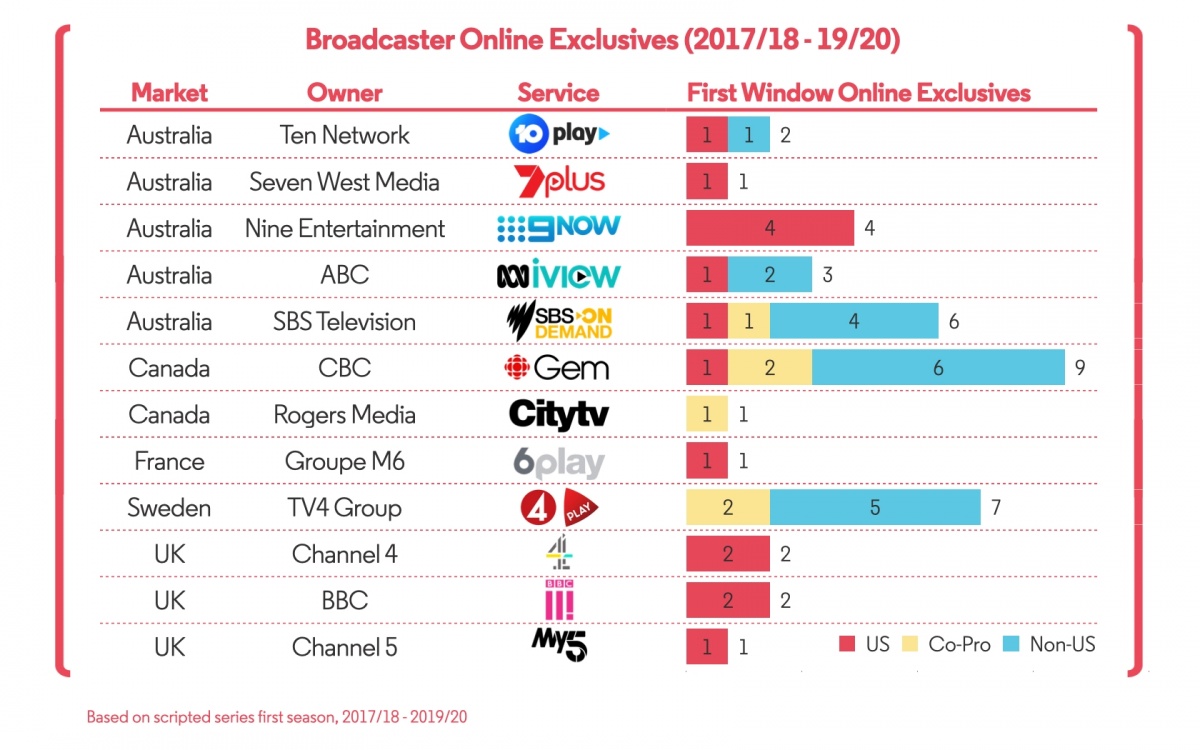 CBC Gem in Canada and TV4 Play in Sweden are the most prolific services at releasing content online, with their focus being on UK originating shows.

The owners of both services buy limited US scripted series overall, either for AVOD exploitation or release on a linear channel.

The majority of all acquisitions for AVOD platforms are exhibited as full series Box Sets. Two shows have had episodes released weekly and therefore stacked - ‘Baptiste’ on TV4 Play and ‘Wild Bill’ on CBC Gem.

Both local premieres were more than eight months after the initial UK premiere and so neither were enforced stacks to match the commissioning channels release. 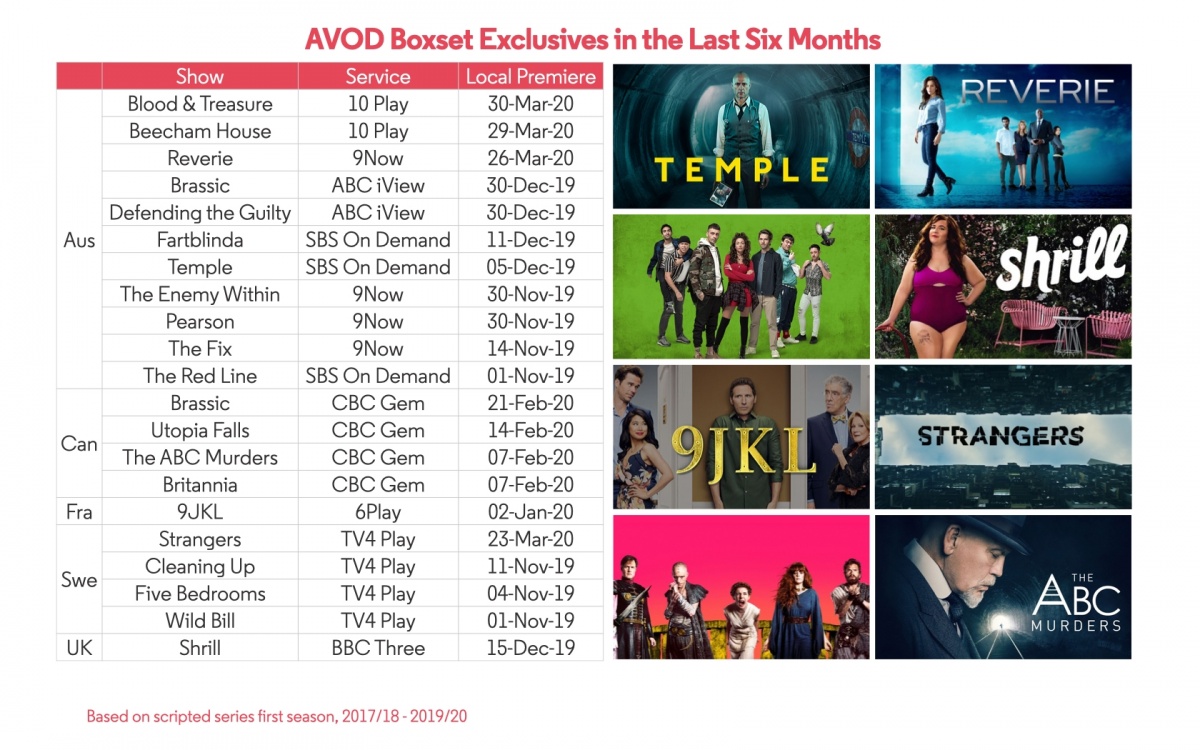 Industry developments with AVOD continues to be a hot topic, with just last month Fox Corporation agreeing to buy US AVOD service Tubi for $440 million.

To date services like Pluto, The Roku Channel, Tubi and Xumo have offered largely older, library content but could perhaps become outlets for newer content in future.

The Roku Channel is the only aforementioned service to have acquired a Show Tracker title, with two second window deals for ‘Hollywood Darlings’ (all3media) and ‘Let’s Get Physical’ (eOne).