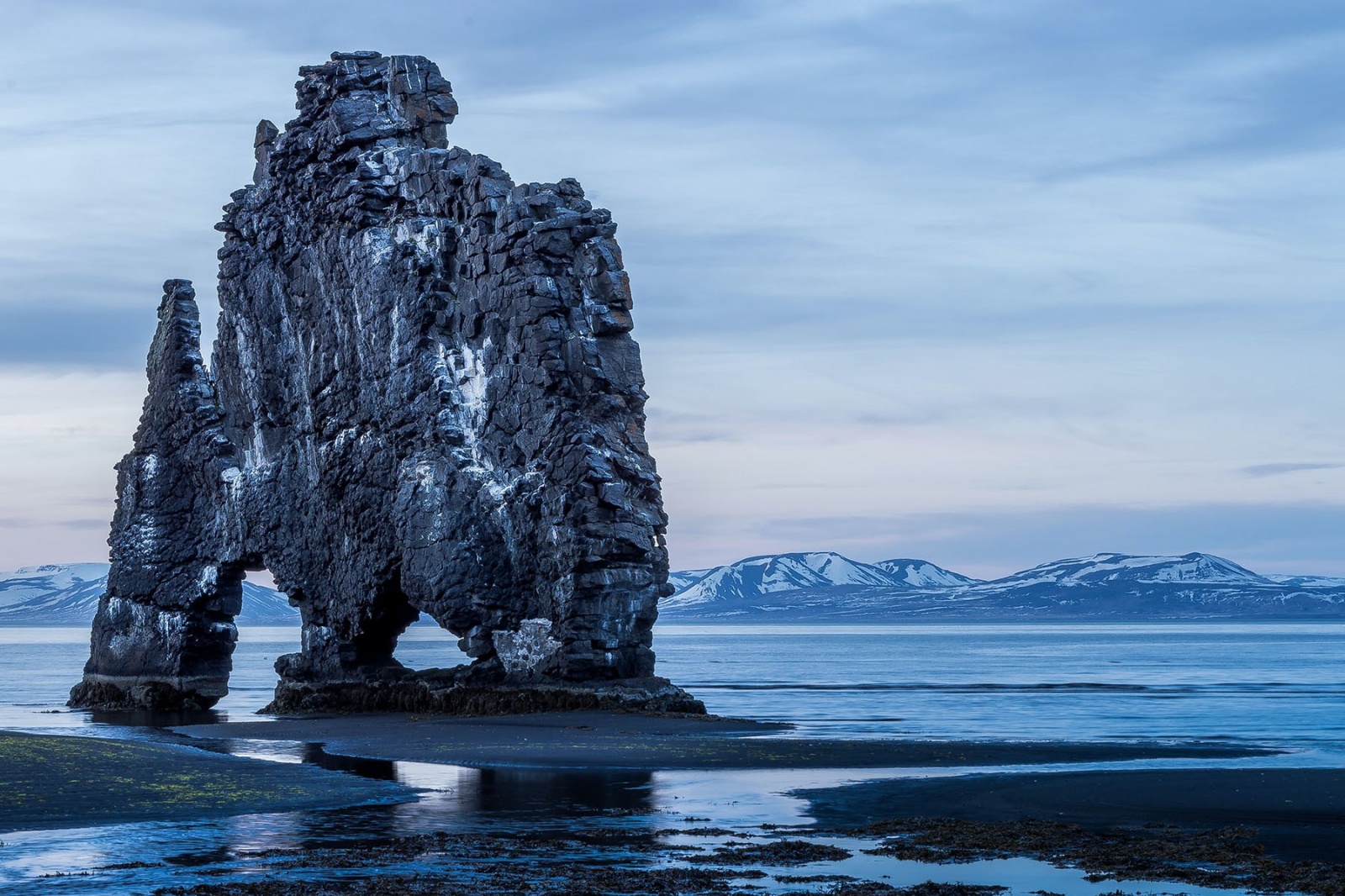 It was announced last week by its owner Nordic Entertainment Group (NENT) that the number of subscribers to the Viaplay SVOD service in the Nordics had increased to 3.1million in Q1. With a strong content offer of Nordic drama series, Viaplay Originals, as well as TV and Film acquisitions, CEO Anders Jensen outlined their growth plans and ambitions to become the “European streaming champion”.

Viaplay has now launched in the Baltics (Estonia, Latvia and Lithuania), priced at €9.99 and is available either as a direct subscription or as an add-on for the TV customers of ‘Tet’ in Latvia (giving two months free access) and ‘Elisa’ in Estonia. Viaplay and Finnish media group Elisa have a previous partnership in Finland having merged their streaming activities last year to form ‘Elisa Viihde Viaplay’. Further international launches for Viaplay are planned for later this year in Poland and the US.

Viaplay is the second biggest buyer of US scripted series in the Nordics, having acquired and premiered 20 new shows since January 2019. HBO is by far the biggest buyer with 67 new titles, a mix of content supplied from its own production businesses and third party acquisitions - ViacomCBS (12) and Disney (5) are both selling new shows to the service, but in the future they may cut this supply in favour of their own D2C services. SVT is the biggest buyer outside of the streamers (12 acquisitions) and reflects the digital first nature of the market, with the Swedish Public Broadcaster offering a number of shows as Boxsets. You can hear SVT’s Head of Acquisitions, Stephen Mowbray discuss their buying and release strategies on a recent edition of 3Vision’s podcast Inside Content 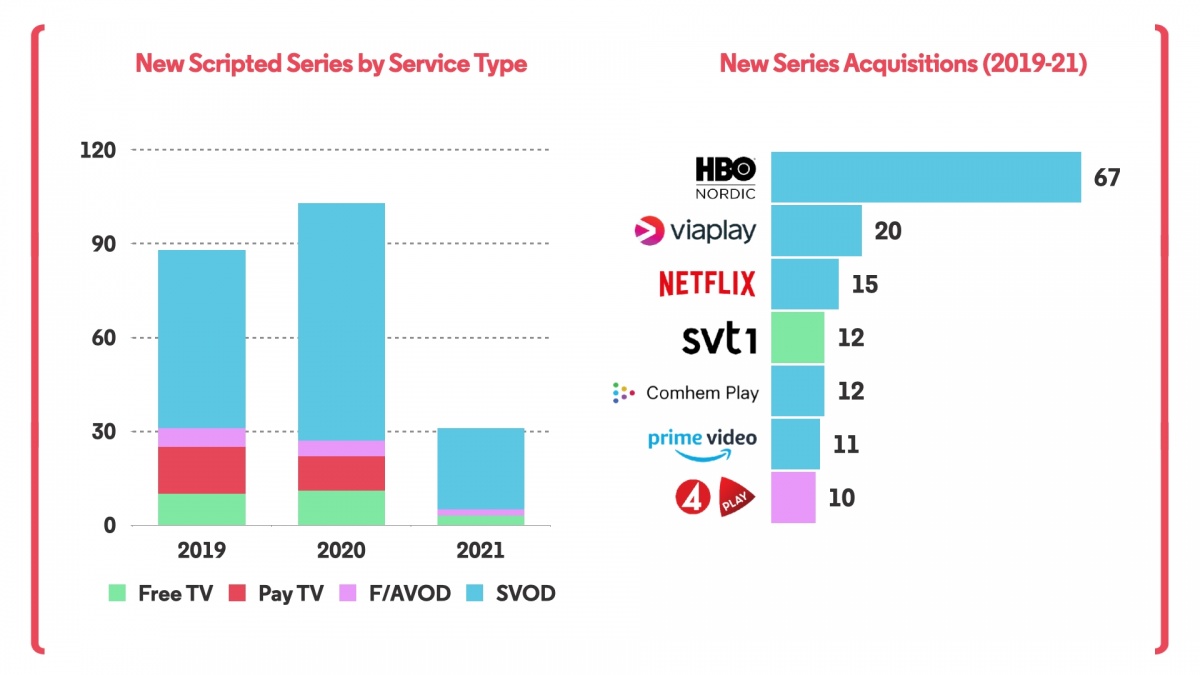 Of the 20 new premieres on Viaplay since January 2019, half are sourced from Sony Pictures Television, with whom NENT has a multi-year exclusive content deal. This deal includes a co-production and development agreement for six Originals and will continue to see the streaming service secure the first window for Film and TV series in the Nordics. There remains a number of Sony distributed titles available in the market that Viaplay has yet to option (or may be stockpiling to premiere at a later date), including ‘Future Man’, ‘Party of Five’ and ‘Snatch’.

Sony has recently announced deals in the US for its theatrical Films output, Netflix winning a two-year bidding process to become the new first window destination from 2022, and Disney+ the ‘post-Pay 1’ home. The deals with Netflix and Disney+ are limited to the US, but it is not hard to imagine a scenario where each will look to secure the same content in future for its international business. 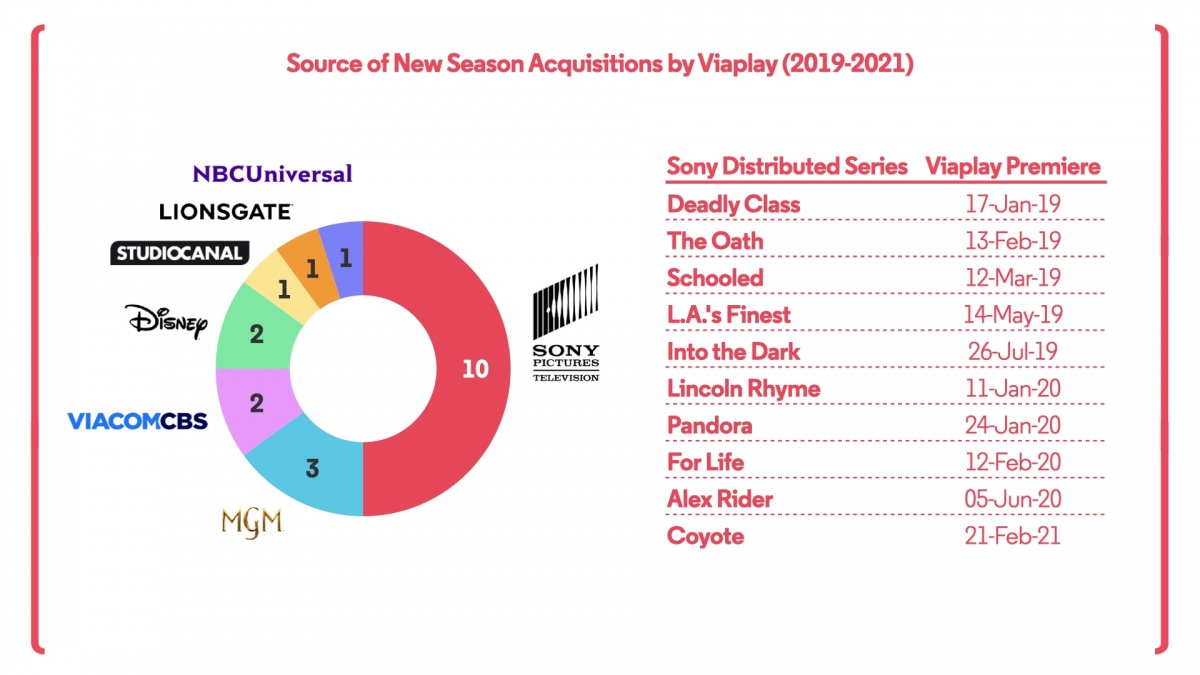 Whilst the number of acquisitions of new US scripted series is dwarfed by HBO, Viaplay does offer its customers free access to StarzPlay, having agreed an exclusive carriage deal for the Lionsgate owned service in December last year. StarzPlay has been in the process of an aggressive international expansion in the last 18 months, but the decision to partner with Viaplay in the Nordics, rather than compete by itself in an already crowded market, is perhaps a wise decision. For Viaplay the inclusion of StarzPlay in its offering gives a large injection of content, with shows including ‘Vida’, ‘Power Book II: Ghost’, ‘Flesh and Bone’ and the Golden Globe winning ‘Ramy’. Viaplay also features branded content areas for ABC Studios and Fox+. 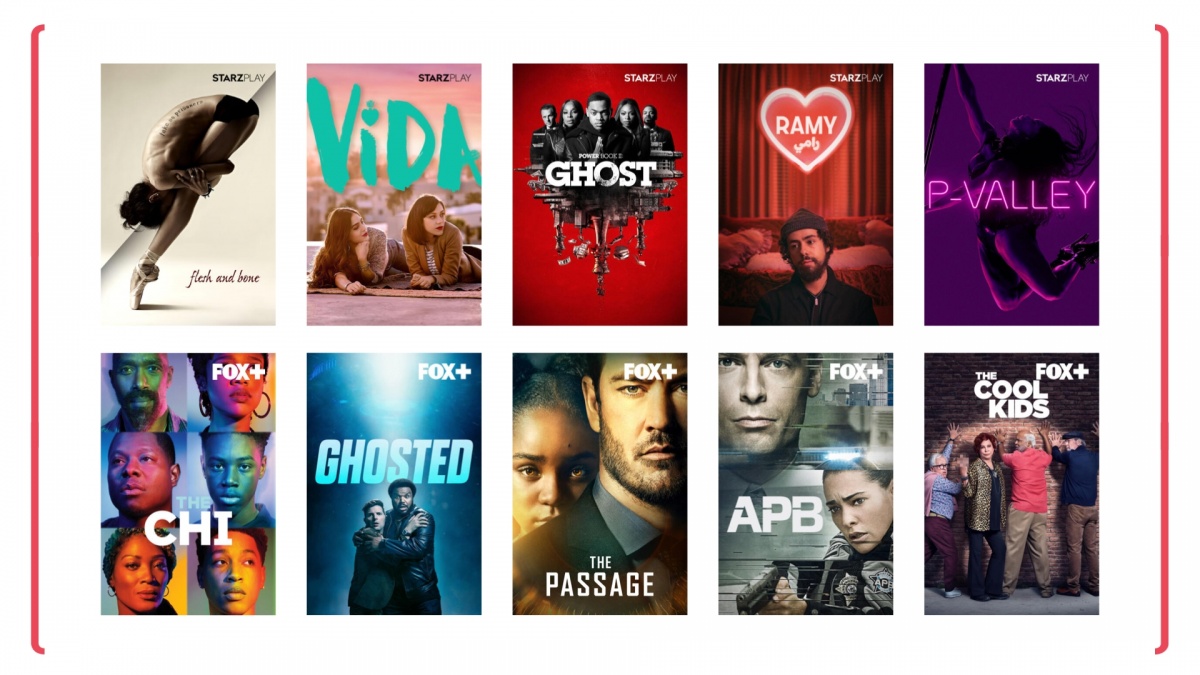 Viaplay offers customers in the Nordics two monthly subscription models, an entry level tier of Films, TV series and Originals for 129 Swedish Krona (£11 per month) and a complete package also featuring a range of sports such as English Premier League, NFL, Formula 1 and UFC for 449 SEK (£38 p/m). As Viaplay launches in other international markets the content offer will differ with sporting rights likely to be limited. The strong scripted TV and Films proposition is likely to be the leading driver in establishing Viaplay as a serious SVOD service outside of its home territory. 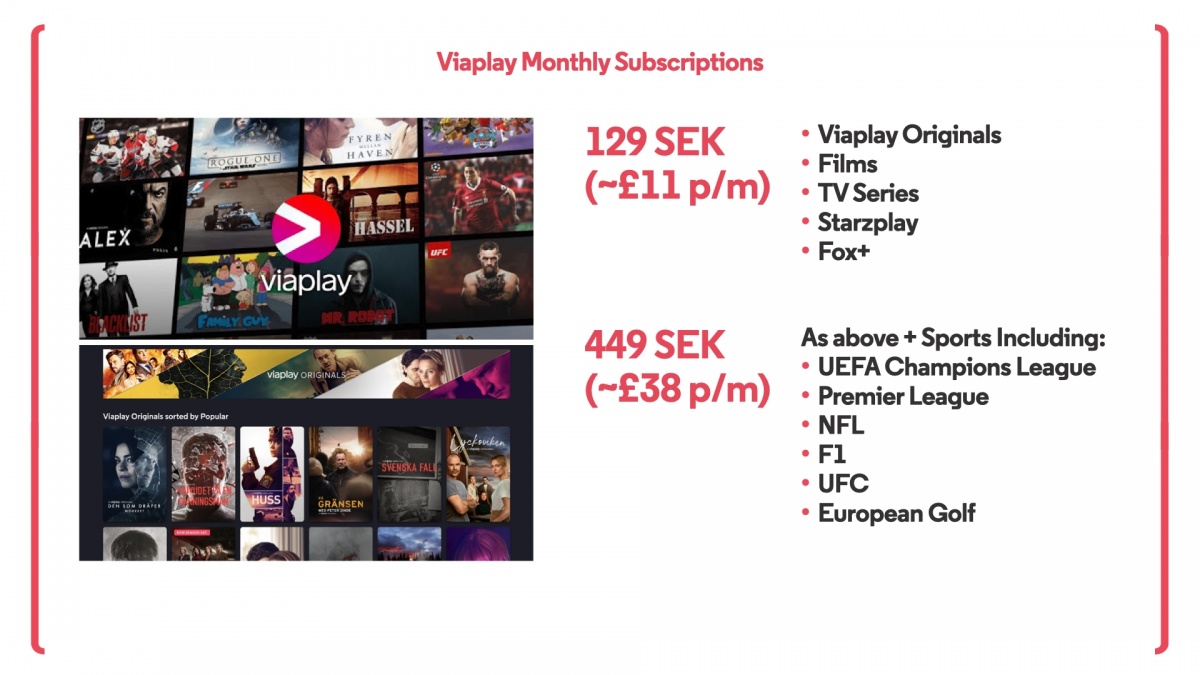