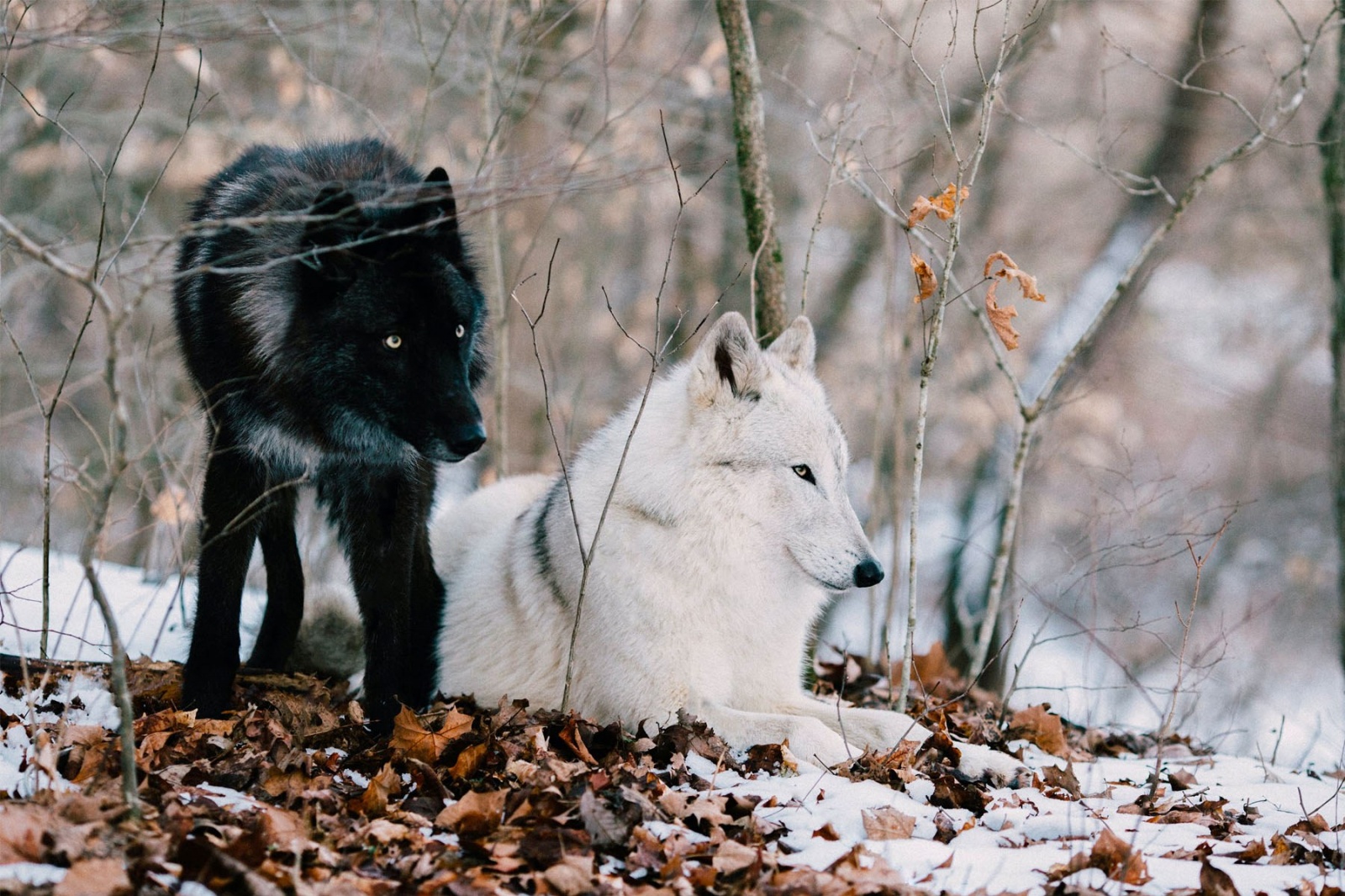 So far in the 2020/21 season, VOD services have accounted for over half of the US premieres that occurred in major European markets

France and Germany have premiered the most first windows since September 2020, most notably because of the number of titles from older seasons they have more recently brought to market, with only 25% of titles premiering in France and Germany this period originating from the 2020/21 season 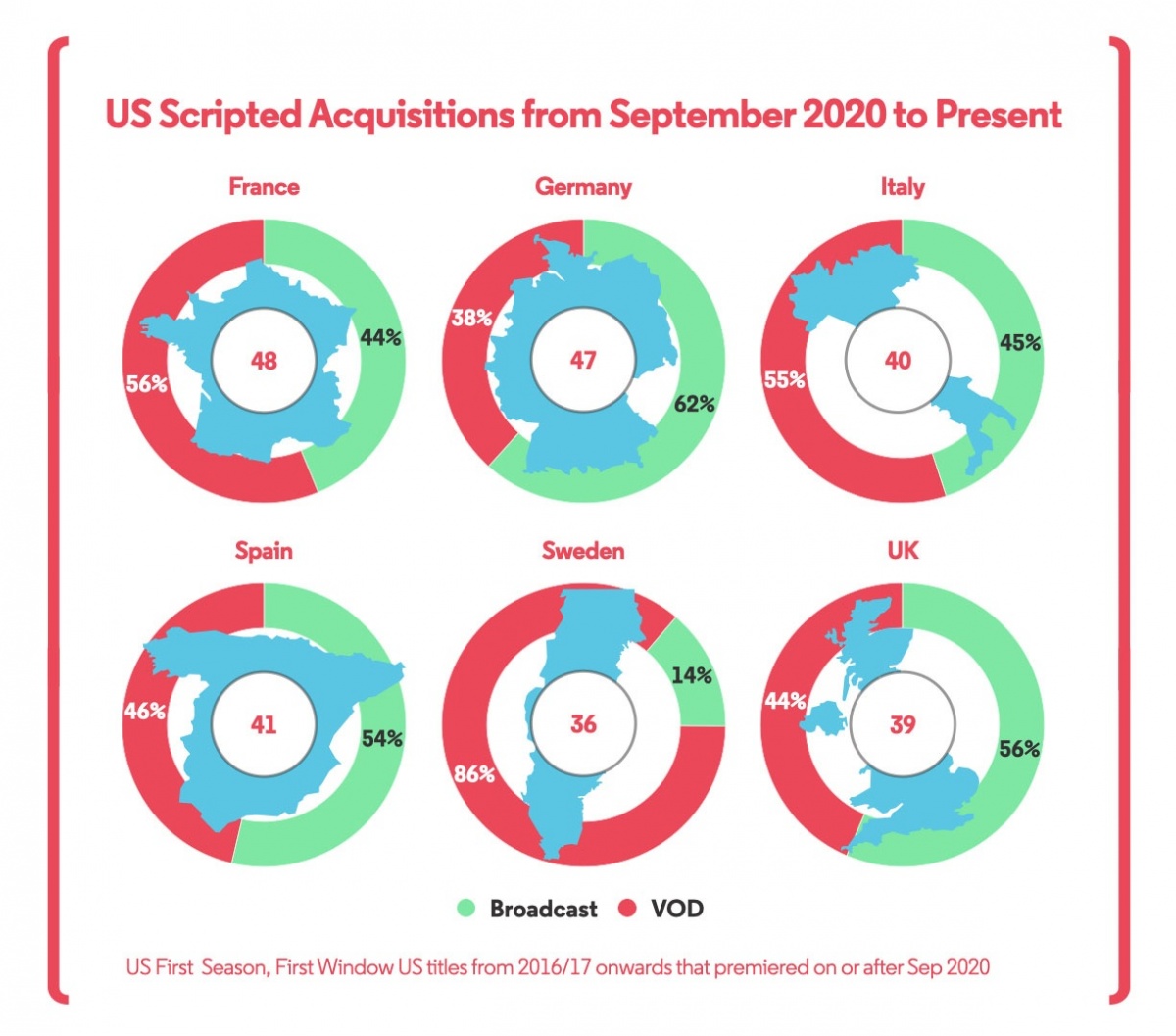 Markets like Sweden continue to cement their Digital First status, especially concerning US acquisitions, but breaking down further the types of VOD acquiring content reveals how much of the VOD market has been claimed by US Studio owned SVOD services 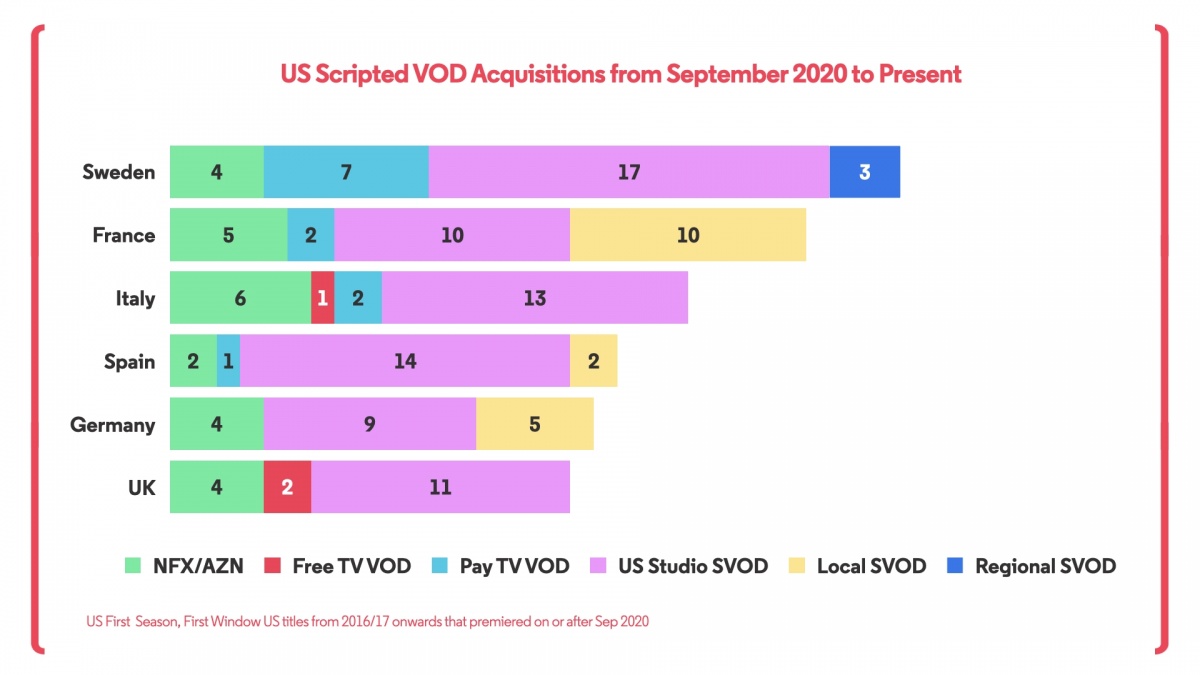 In the Digital First Sweden 54% of the VOD premieres so far in the 2020/21 season have occurred on US Studio owned SVODs, namely HBO Nordic (WarnerMedia), StarzPlay (Lionsgate), Disney+ (TWDC) and the newly emerging Paramount+ (ViacomCBS)

While historically HBO Nordic has adopted a local strategy to its content acquisition, it has always heavily engaged in vertical integration with its parent and is likely to become unified in the future following an HBO Max international rollout

Netflix and Amazon still account for some acquisitions but both are acquiring less content and focusing instead on Original production, with Netflix releasing 41 scripted Netflix Originals so far in the 2020/21 season

Few truly independent VOD players acquire US content in Europe, with some titles essentially being acquired by broadcasters and operators but instead debuting as VOD exclusives on Pay TV or Free TV catch-up services, such as RaiPlay in Italy or Com Hem Play in Sweden

Even services not directly tied to broadcaster catch-up more often than not is owned by key broadcasters and Pay TV operators, with all Local SVOD premieres in Germany occurring on either Joyn Plus (ProSieben/Discovery) or TV Now Premium (RTL)

The large amount of premieres in France have primarily been driven by the launch of SALTO, an SVOD local to France established as a joint venture between the major Free TV broadcasters: France Télévisions, M6 and TF1 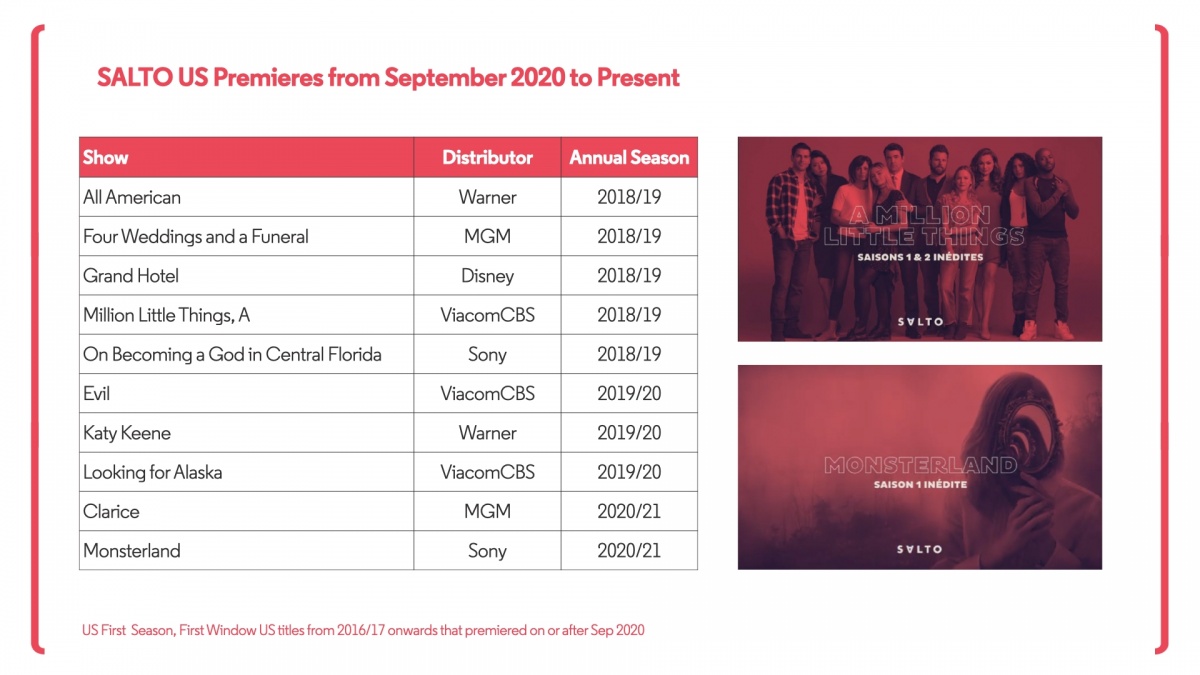 While Netflix and to a lesser extent Amazon move their focus away from acquiring content from third parties, the market for US content on VOD may move to a space dominated by US studios, with broadcaster and operator owned VOD initiatives at their heels

Once US Studio owned SVODs inevitably move away from acquiring content and adopt a unified approach across all markets, only premiering their own Digital Originals, the acquisition market will potentially open up to more independent SVODs, provided there is any content available to acquire