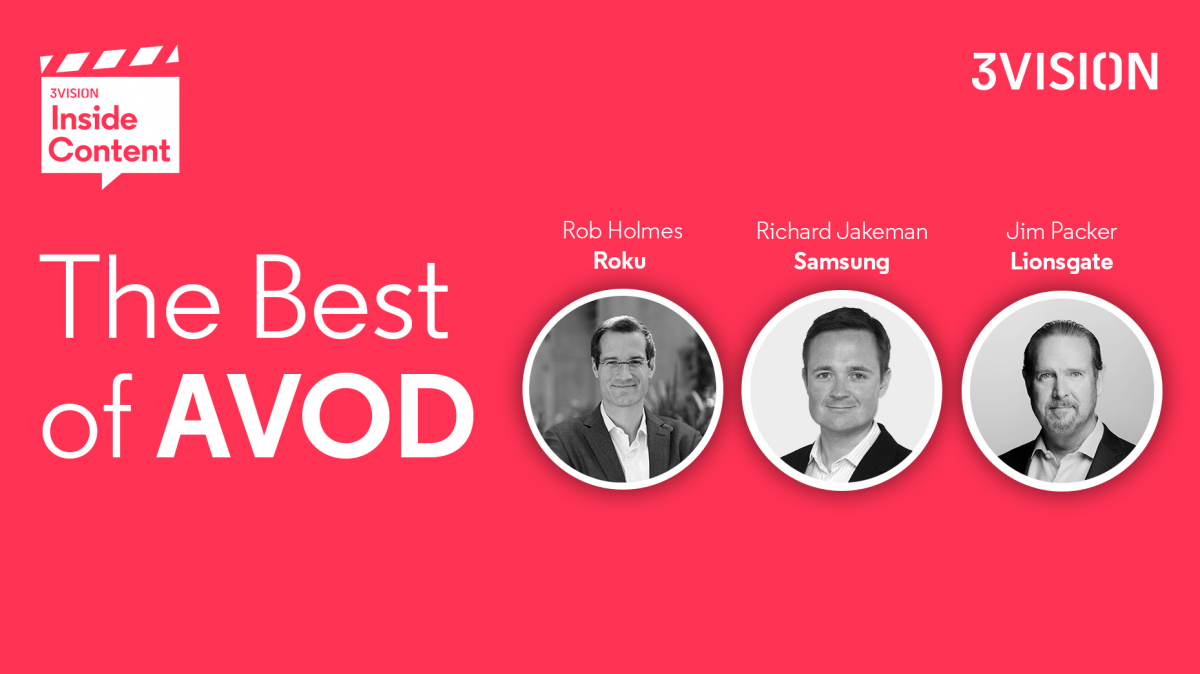 In this special episode, we revisit some of our most insightful episodes from executives in the world of AVOD streaming platforms. Jack Davison catches up with Jim Packer, President of Worldwide TV and Digital Distribution at Lionsgate, and Jonathan Nickell talks with both Rob Holmes, Head of Programming at Roku, and Richard Jakeman European Head of Business Development at Samsung, about what makes a successful AVOD and what opportunities there are for growth.

Jonathan first discusses the power of AVOD with Rob Holmes. As Rob explains, the driving force behind a successful AVOD channel partially comes from understanding the difference in consumer behaviour between free and paid content. In order for your AVOD platform to see success, such as Roku has seen in the US, its imperative to focus on your consumer’s content needs rather than watch value.

Speaking with, Richard Jakeman Jonathan asks about Samsung TV’s potential growth into AVOD. Richard explains that he believes AVOD has a strong power to support pay services, not only in terms of adding value but ensuring the content is available to a wider range of consumers. This forms the basis of ‘exclusive’ and ‘non-exclusive’ content that allows streamers to enjoy the content for free as well as having the option to pay for more.

In conversation with Jim Packer, Jack asks about Lionsgate’s most important growth areas. Although SVOD will be part of their international growth plan in the next few years, explains Jim, they will be heavily focusing on free content due to the increase in demand. Jim goes on to talk about how his team will be increasing their focus on fill rates, analytics and Ad loads in preparation for a more AVOD centric strategy.

[01:10] Rob Holmes on the transition to streaming and the power of free content

[06:58] Jim Packer on whether he considers AVOD to be a major growth area for Lionsgate?

[12:38] Richard Jakeman on The continued importance of AVOD

How does MX Player succeed in a market where even Netflix is struggling?