Lionsgate on AVOD and the importance of data analysis

In this episode of ‘Inside Content - the TV Industry Podcast’, I speak with Jim Packer, President of Worldwide Television Distribution at Lionsgate. He oversees the distribution, licensing and marketing of Lionsgate’s diverse slate of feature films, one of the largest independent television businesses in the world.

One of the highlights of the episode was discussing with Jim about the exponential growth of AVOD in the last few years. Jim explains that he believes to capitalise on this growth, his team will need to become more analytical with the data. You need to know “What are your fill rates… what platforms are you putting your content up, what are the CPM’s they are getting, what platforms are getting better CPM’s than others, what are their ad loads”. He explains that he is pivoting his strategy and currently pulling back. Instead of putting content on every platform, he argues it could be more profitable to select just two or three that are the right fit. Jim believes that there will be a huge upside to the international AVOD market but it is much more complex, as you have to consider language tracks and dubbing. The penetration of cable and satellite infrastructure isn’t as prolific as the US but most of the territories can get a broadband access signal, meaning they have access to AVOD content. 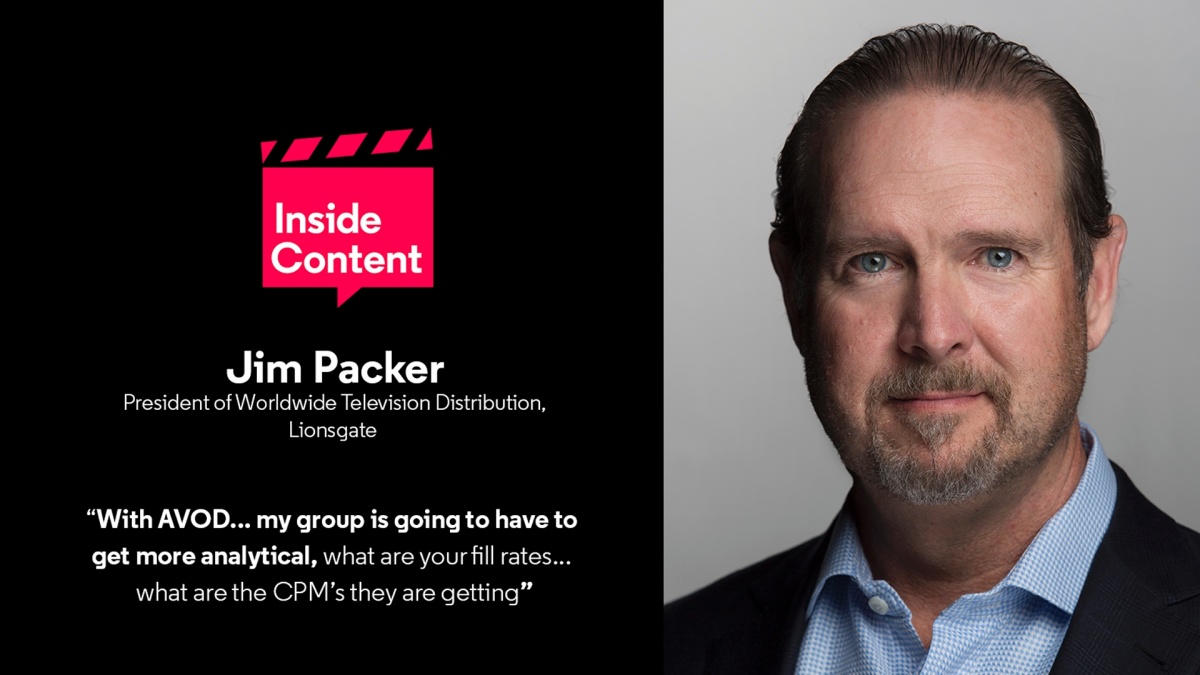 Jim discusses how the role of the distributor has fundamentally changed over the years. He explains the importance of primary research and testing to help shape Lionsgate’s strategy. For Mad Men they took a different approach, undertaking extensive research on consumers who had and had not seen the show before to help establish its benefits to an SVOD service. This was a fundamental change in their research strategy, which allowed them to understand whether a show will keep consumers engaged on a platform e.g customer acquisition winner and churn killer.

COVID-19 has had a profound impact on US studios. Jim explains that the pandemic gave a massive uptick to their catalogue sales due to the increased appetite for entertainment content during lockdowns. On AVOD platforms (such as Amazon Prime Video Direct), Jim discusses how the data showed that not only were people watching more TV content but they were digging deeper into Lionsgate’s content library. “The breadth and depth of what people were watching was far greater than I had anticipated” and the content was performing at levels that far exceeded expectations. Jim explains that Lionsgate now has a variety of different tools at their disposal, that they didn’t have prior to COVID-19. They were able to conclude business in Korea that they had never done before, using virtual presentations and someone locally on the ground - without having to travel to the territory.

With cinemas closed, the pandemic accelerated studio experimentation of different licensing models such as PVOD. Jim explains that Lionsgate took a different approach for each film on a case by case basis, such as direct to platform, PVOD release and a hybrid PVOD and theatrical release. These different models were driven by evaluating platform demand and film centric dynamics such as demographics and profile. Jim discusses how COVID-19 has given rise to multiple different models and windowing strategies: Universal after 17 days going to PVOD, Paramount taking their tentpoles after 45 days and putting them on Paramount Plus and Disney putting their movies day and date with theatrical on Disney +, where subscribers can pay an additional fee to rent. COVID has significantly accelerated the development of these models, which would previously have taken years and years to evolve. He believes that only a few will work in the long run and at this stage we don’t know which ones they will be.

Other topics discussed include the importance of international SVOD platforms and their partnership with STARZPLAY, Lionsgate’s SVOD service.

[02:50] An overview of your role at Lionsgate and your content library

[07:28] How has the role of the distributor fundamentally changed?

[10:27] How has the pandemic changed consumer TV and film consumption behaviour?

[11:42] Has COVID-19 impacted how you conduct business in other territories?

[15:20] What are the different licensing approaches you have undertaken for films during the pandemic?

[17:44] What are your thoughts on the different licensing models and windowing strategies currently being used by other Studios?

[22:05] Do you consider AVOD to be a major growth area for Lionsgate?

[28:18] Can you tell us more about your partnership with STARZPLAY?

[33:30] What TV shows have you got coming up that you are excited about?

On 'Inside Content' the TV industry podcast, Darren Nielson discusses their ‘partner-first’ approach