In this episode of ‘Inside Content - the TV Industry Podcast’, I speak with Gary Marenzi, founder and CEO of Marenzi & Associates. His company provides creative collaboration, strategic management advice and implementation for the media and entertainment industry. Prior to this, Gary held senior executive positions at ENDEAVOR CONTENT, MGM and Paramount Pictures.

He explains that most of the major stakeholders in the independent realm have deals with major streamers and also co-production deals with local broadcasters around the world. This hybrid model ensures you are getting “points on the board by doing a global streamer deal...and make your money primarily on fees’ and then you have the upside of collaborating with local partners such as, owning the format and controlling the IP. Gary discusses how the decision to go with a global streamer or local broadcaster can be out of necessity and other times out of choice. For example, global steamers will be more interested if the project is big or hits a niche. Whereas if it is a smaller budget or is organic to a certain country, it makes sense to partner with a local broadcaster whether the content resonates and build a model around that. He explains that this business model of going territory by territory is more work and can be a challenging experience as you add partners to a project but it does allow greater control.

Gary explains how the market is constantly evolving and how content acquisition rights are changing. “The trend in the markets is to imitate the global streamers and to take as many rights as possible”. The big media companies around the world are trying to wall their gardens with their own SVOD and AVOD services, they want to get as many rights upfront. This Gary explains, is to ensure that they can seamlessly move a TV show from broadcast to SVOD to AVOD to linear FAST within their own purview. If they can’t do that then it’s a slight deterrent to making a deal there. However, there are several markets where free to air broadcasters or local based AVOD or pay TV services will collaborate on sharing windows. 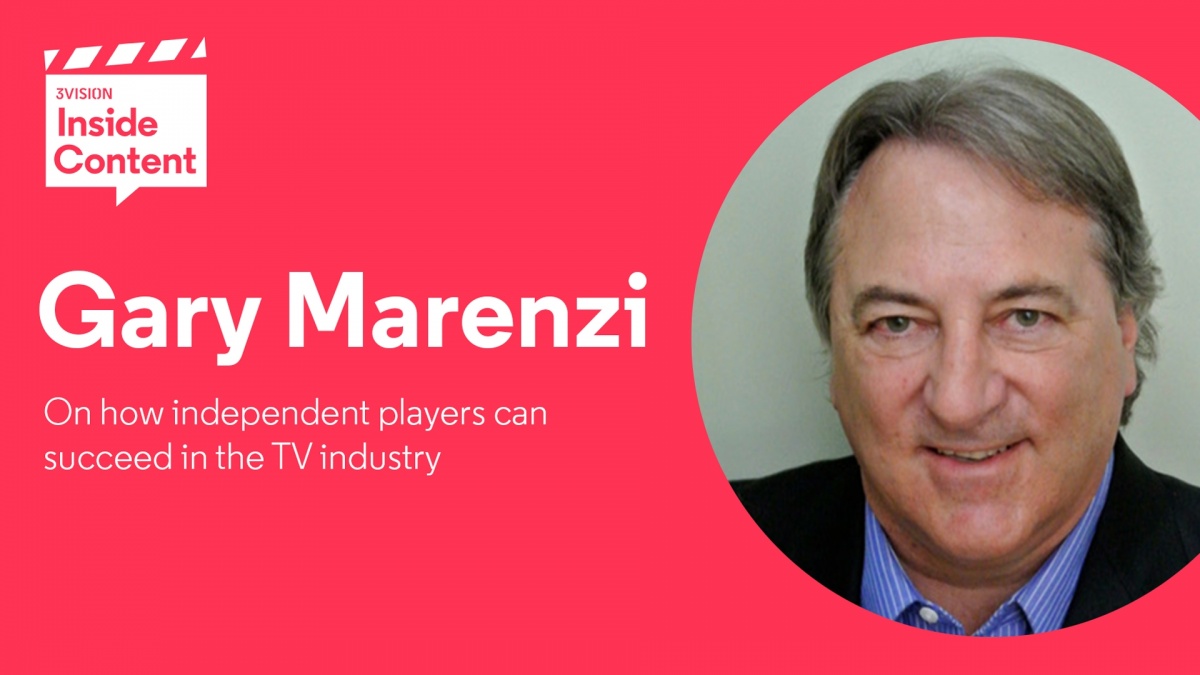 Gary discusses how second window deals with a SVOD player can be tricky but it depends on penetration of the streamer within that territory. If the streamer is included in the major Pay TV platforms, cable operators or satellite operator channel lineup in that territory, then it will be difficult to secure a second window with another player. He explains that it also depends on whether the show on the video streaming platform is a priority for them anymore . If it's merely licensed and they aren’t promoting it anymore, then it is a great opportunity for a broadcast or other channel to promote their show as their own.

If a global streamer cancels a show after a couple of seasons, then another channel can take that show over - whether to order new seasons or market the prior seasons as their own. When a show is cancelled there is usually a roll up provision where you can get some of those holdbacks accelerated and get availabilities moved up. He discussed how every deal has lots of difficult configurations and he is seeing more flexibility from global streamers when TV shows get cancelled and put back into the market. They still have a lot of value in the marketplace but maybe not necessarily with the original commissioning broadcaster or global streamer.

Gary discusses that at his time at Endeavour they were at the forefront of packaging high level global dramas. He explains that you can elevate a project by packaging it with great cast and directors and get stakeholders invested in the project from an early stage. This makes it easier to secure a deal later on, as they are familiar with the content. He explains that this approach is now widespread in the business, with conventions becoming more co-production or producer focussed rather than the finished product. He discusses how even the major studios don’t have as many output deals out there anymore. If they do, they are more with local streamers or local pay TV services that are focussed more on serialising programming where the order pattern is 6 to 10 episodes, rather than 13 or 22.

A highlight of the episode is when Gary explained that the D2C vertical integration approach taken by most of the studios will be a real opportunity for the independent players. “ If you have access to good IP, and good creative auspices for your shows, there's going to be a real opportunity for you”. He explains that no matter how big the service, there will be holes in the schedule and there will always be a role for good IP and independent projects to come into the marketplace. These new platforms and traditional broadcasters are looking to fulfill specific needs, drive viewership and also get critical reviews and win awards if they can. Not all TV shows will find a home, they have to high quality and best in class and it is important to have a game plan before you present it or pitch it.

Other topics discussed in the episode include the Amazon and MGM merger and the future for AVOD.

[04:20] How important is collaboration for independent players?

[06:02] What are the benefits of working with a global streamer?

[06:32] What is the upside of co-production deals with local broadcasters and players?

[11:39] How difficult is to achieve second windows with other SVODs?

[16:52] What were the learnings you took from working at Endeavour in relation to packaging high level global dramas?

[21:03] Do you see the D2C approach taken by studios as an opportunity for independents?

[22:35] What is the development market like at the moment?

[26:36] What are your thoughts on the Amazon and MGM merger?