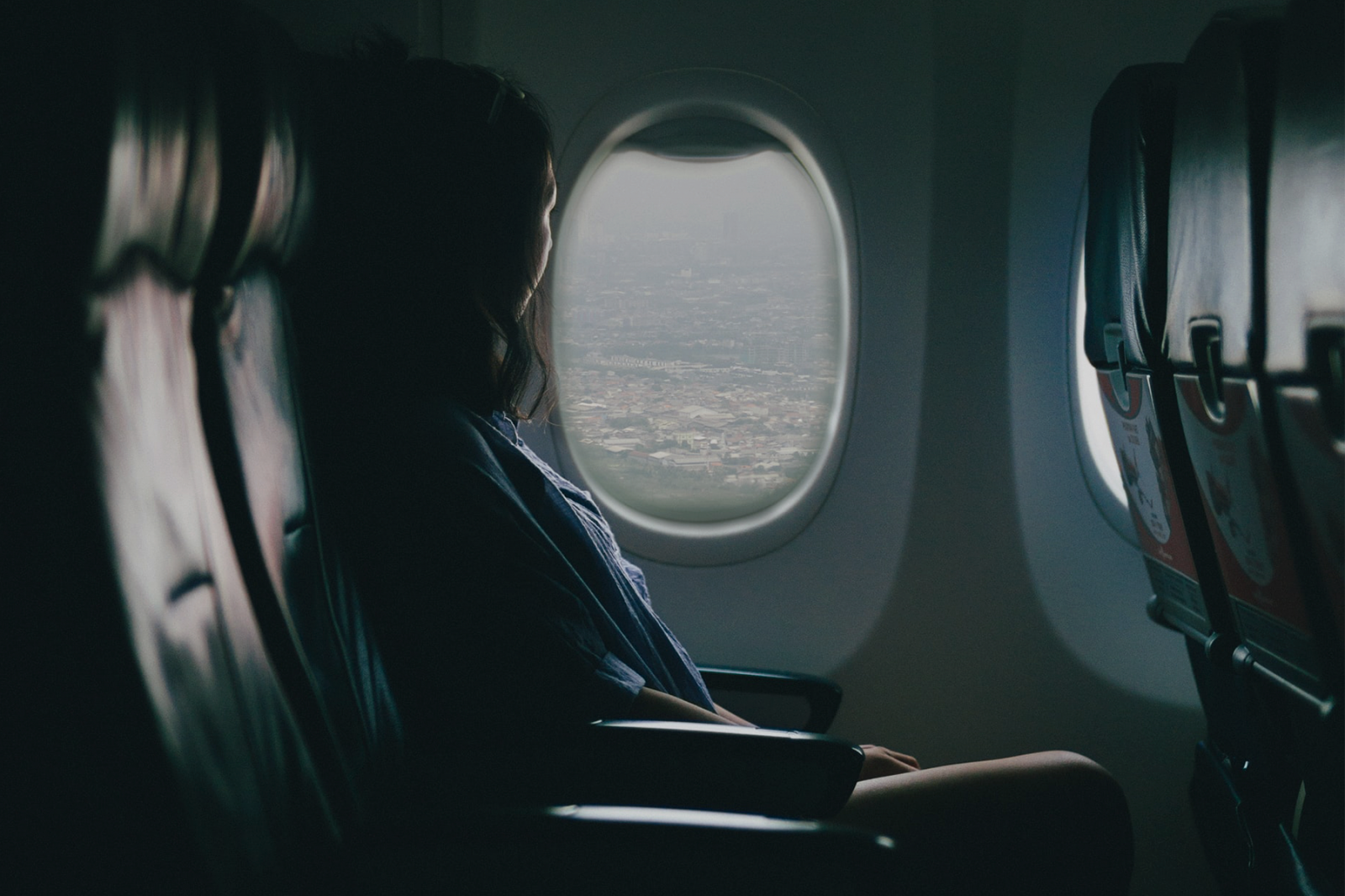 The unique characteristics of the streaming market in India have always been tough to navigate for many global streaming platforms, with Reed Hastings even admitting in January that he found Netflix’s lack of success frustrating. With local AVOD, and hybrid AVOD/SVOD services hugely successful, the market presents a complex challenge for the top three SVOD players - Netflix, Amazon Prime, and Disney+, with their own levels of success varied.

Disney+ Hotstar leads in the region with over 50 million subscribers, followed by Amazon Prime Video with over 22 million, and Netflix significantly lower with 6 million despite having launched before Amazon. Hotstar’s presence in the market before Disney+ acquired Star and rebranded the service as Disney+ Hotstar allowed them to instantly start with the local content library they desperately needed, whereas Amazon Prime and Netflix have had to commission their own original local content in order to stay competitive.

Disney+ offers a local content library that consists of originals known as Hotstar Specials, and the catchup rights for many popular Star India TV shows. Disney+ Hotstar also hugely benefited from having the digital streaming rights for the IPL (Indian Premier League) significantly supporting subscriber numbers and viewing. This combined with the fact that Hotstar already had deals with HBO and Showtime gave them a strong content proposition. But when we look at the first window premieres of scripted English language content since the 2019/20 annual season it is very apparent that Disney+ Hotstar has been the most proactive (thanks to the Star and HBO originals). 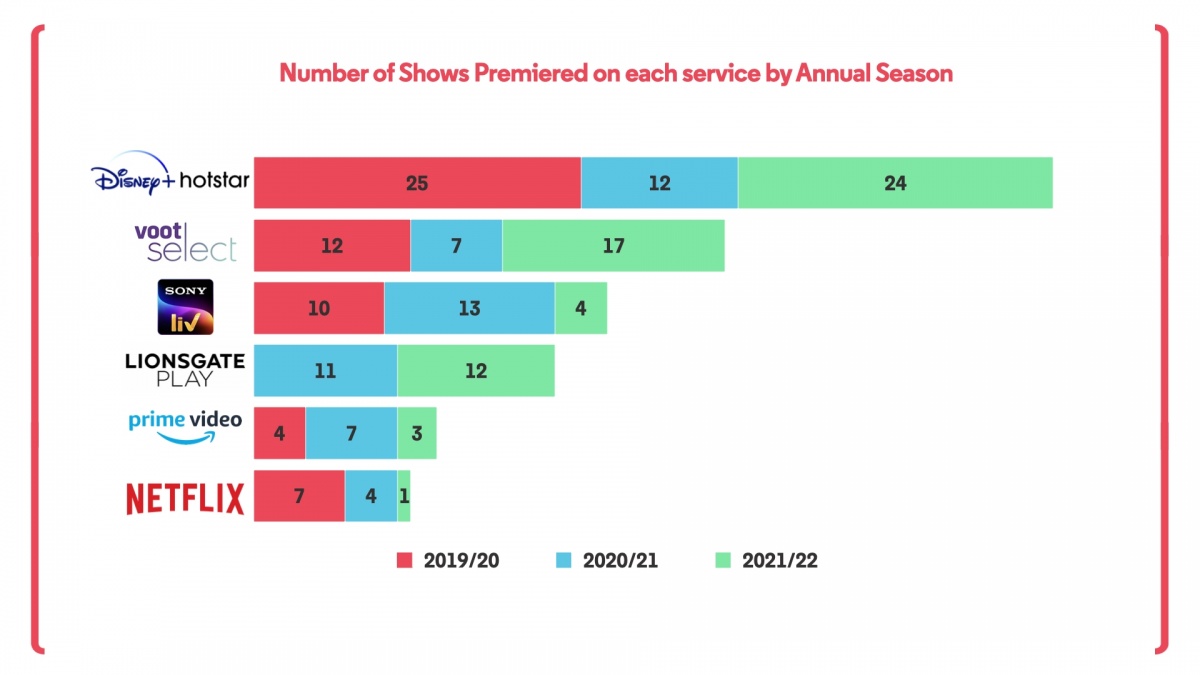 However, there are challenges coming for Disney+ Hotstar. They have recently lost out on the streaming rights for the IPL to Reliance Industries backed Viacom18’s (Voot) and some analysts are predicting a loss around 15-20 million subscribers as a result. Disney Star did secure the Indian sub-continent TV rights, but the loss of digital rights used by Disney+ Hotstar may prove to do them damage. In addition, they have lost the rights to new Showtime Original shows now that Voot is the home of new Paramount+ and Showtime Originals in India. Recent shows such as Halo, Super Pumped and Star Trek: Strange New Worlds will strengthen Voot’s market appeal, while Disney+ Hotstar subscribers will be questioning their subscription due to the IPL’s unavailability.

If we look at the shows that premiered in the last 6 months on Disney+ Hotstar you can see that 50% of these shows are HBO originals. This heavy reliance on HBO content could also cause challenges if HBO Max launches in India and becomes the home for any new HBO content in the region. This does make the future look harder for the platform. Still, according to Disney+ Hotstar, their strong regional content library contributes to about 40% of their total viewership, so if their local content library remains strong this could help combat other issues. 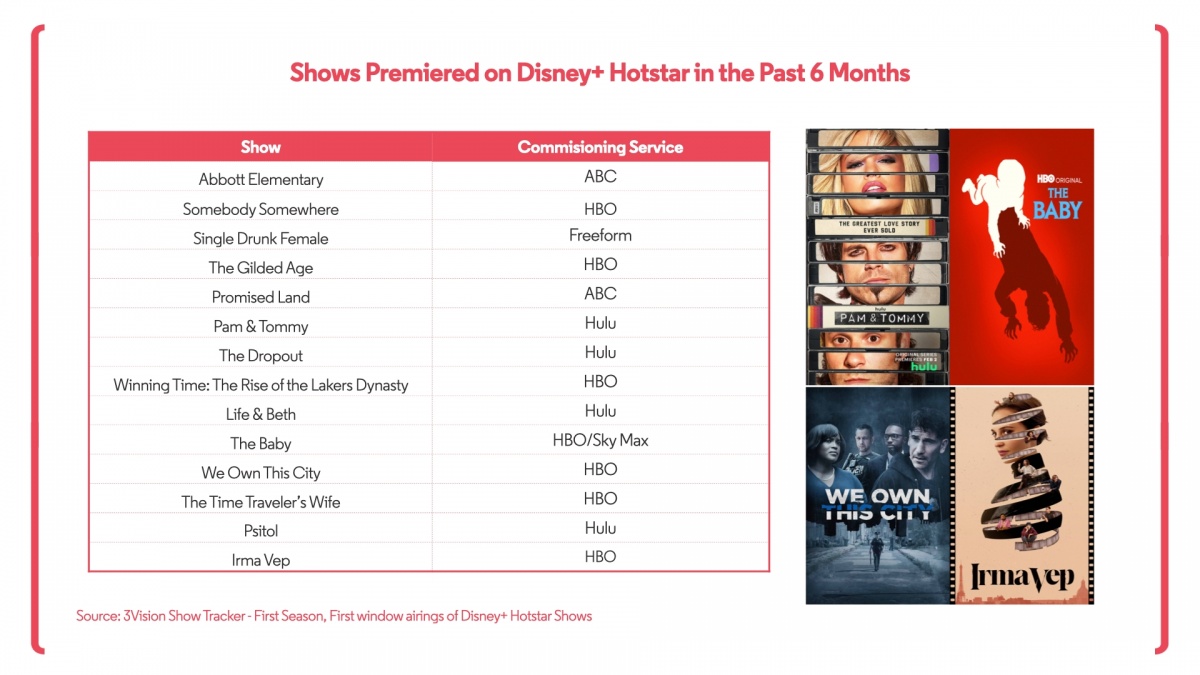 Disney+ Hotstar are not the only service with challenges. Netflix and Amazon Prime are limited in options when it comes to acquiring content, with an increasing number of Studios withholding content for own services and other SVOD streamers emerging in India. The number of new show acquisitions has been in decline ever since the 2019/20 annual season, instead focussing on building their own original local content libraries. 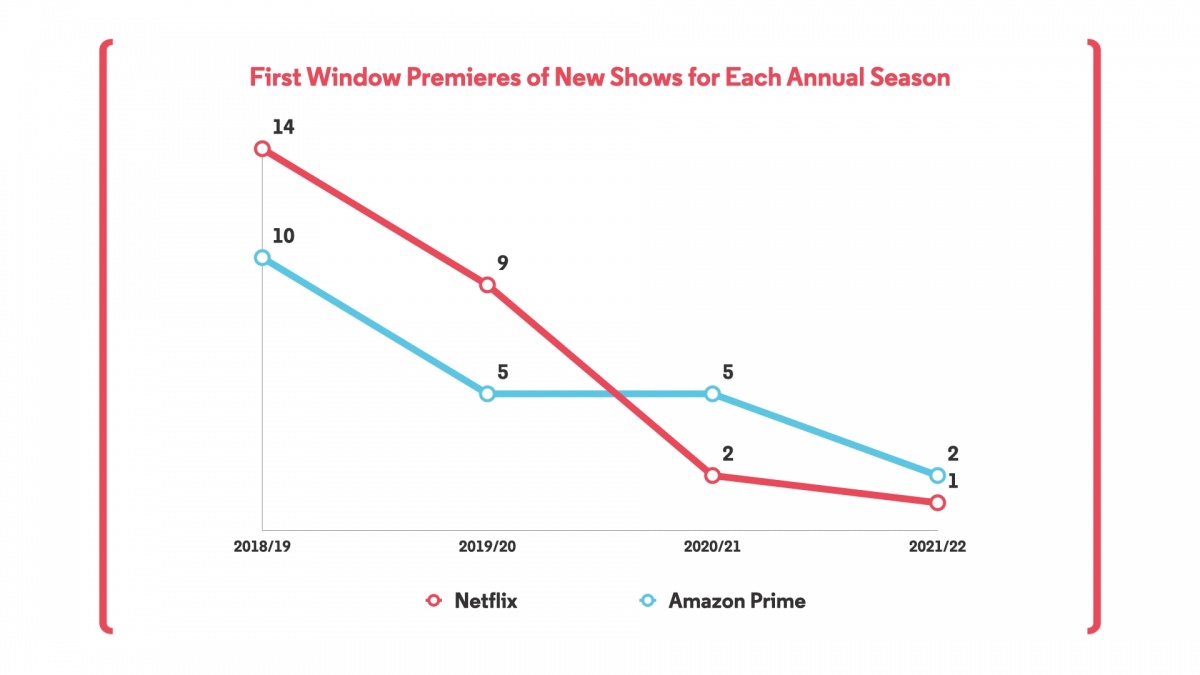 Amazon Prime India had its first Indian language original show Inside Edge premiere a year prior to Netflix who started of with the critically acclaimed Sacred Games in July 2018. But if we look at the number of Amazon Prime original shows since the 2016/17 season when Inside Edge premiered, Indian language shows namely Hindi, Tamil, and Telugu make up 26% (31 shows) of the total premieres in this timespan. 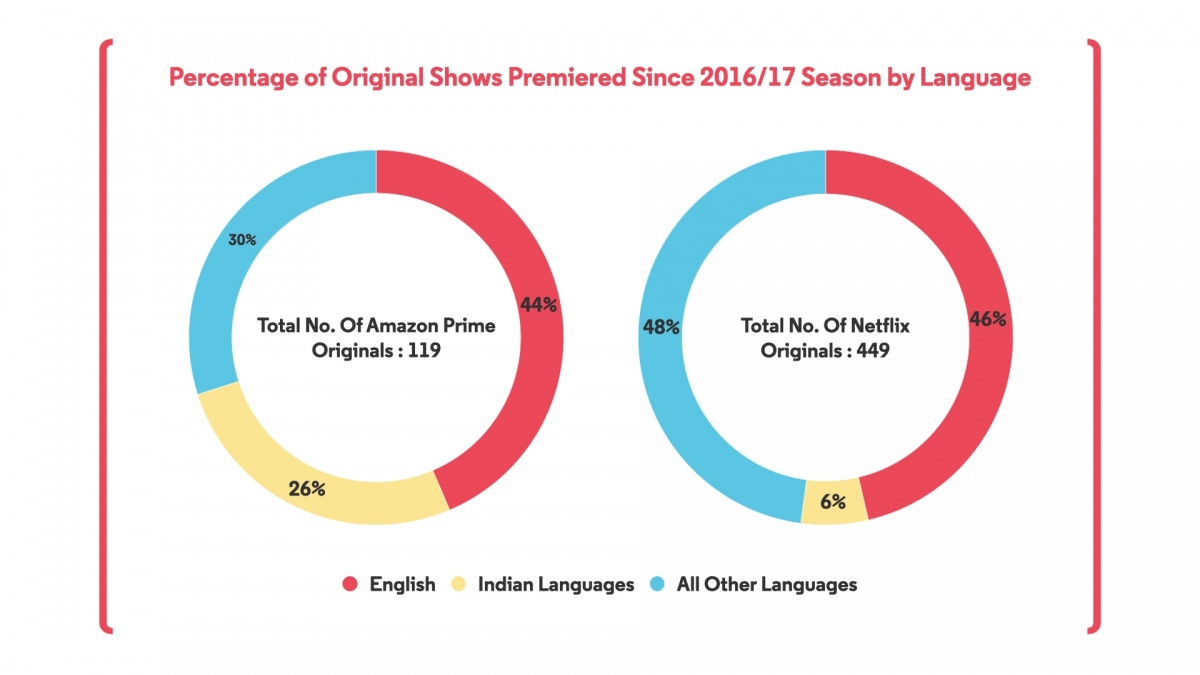 Netflix had almost 4 times the number of originals that Amazon Prime had in this timespan so in percentage terms Indian language content only accounted for 6% of the total. In absolute, Netflix has been keeping up with Amazon Prime in terms of the number of local originals being premiered each annual season. 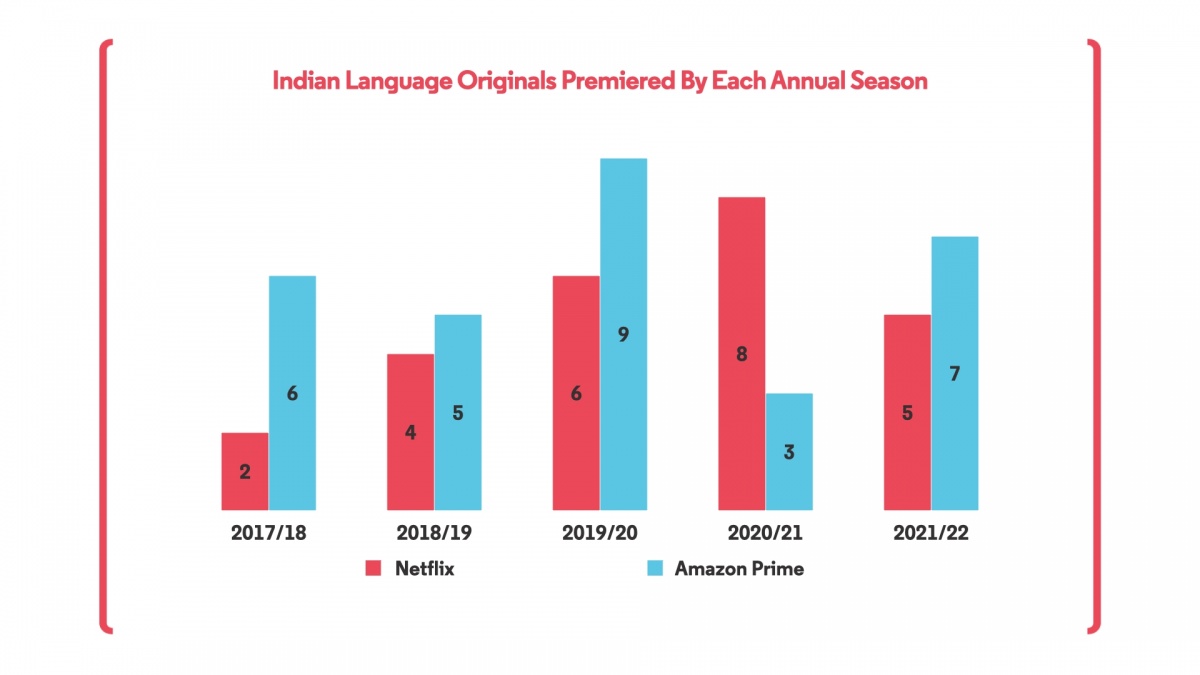 Amazon Prime’s strength in India in comparison to Netflix is likely to be in part due to its lower price and value proposition. The annual prime subscription is the equivalent of paying for 2 months' worth of Netflix and with that, there is also the additional benefit of free shipping and next-day delivery of Amazon products. Amazon Prime successfully tied up with many top Indian producers to exclusively release their content during the pandemic and held streaming rights for many popular regional movies, all factors helping to give them an edge over Netflix which depend heavily on their original content to attract subscribers.

Amazon Prime Video recently announced in April 2022 the commissioning of 22 new original scripted local language shows and the continuation of 9 scripted local originals already present on the platform. This aggressive push by Amazon Prime has come at the right time and is sure to help them compete better against Disney+ Hotstar in the future, whereas Netflix may still be struggling to find that missing ingredient that can make them more competitive in the Indian market.