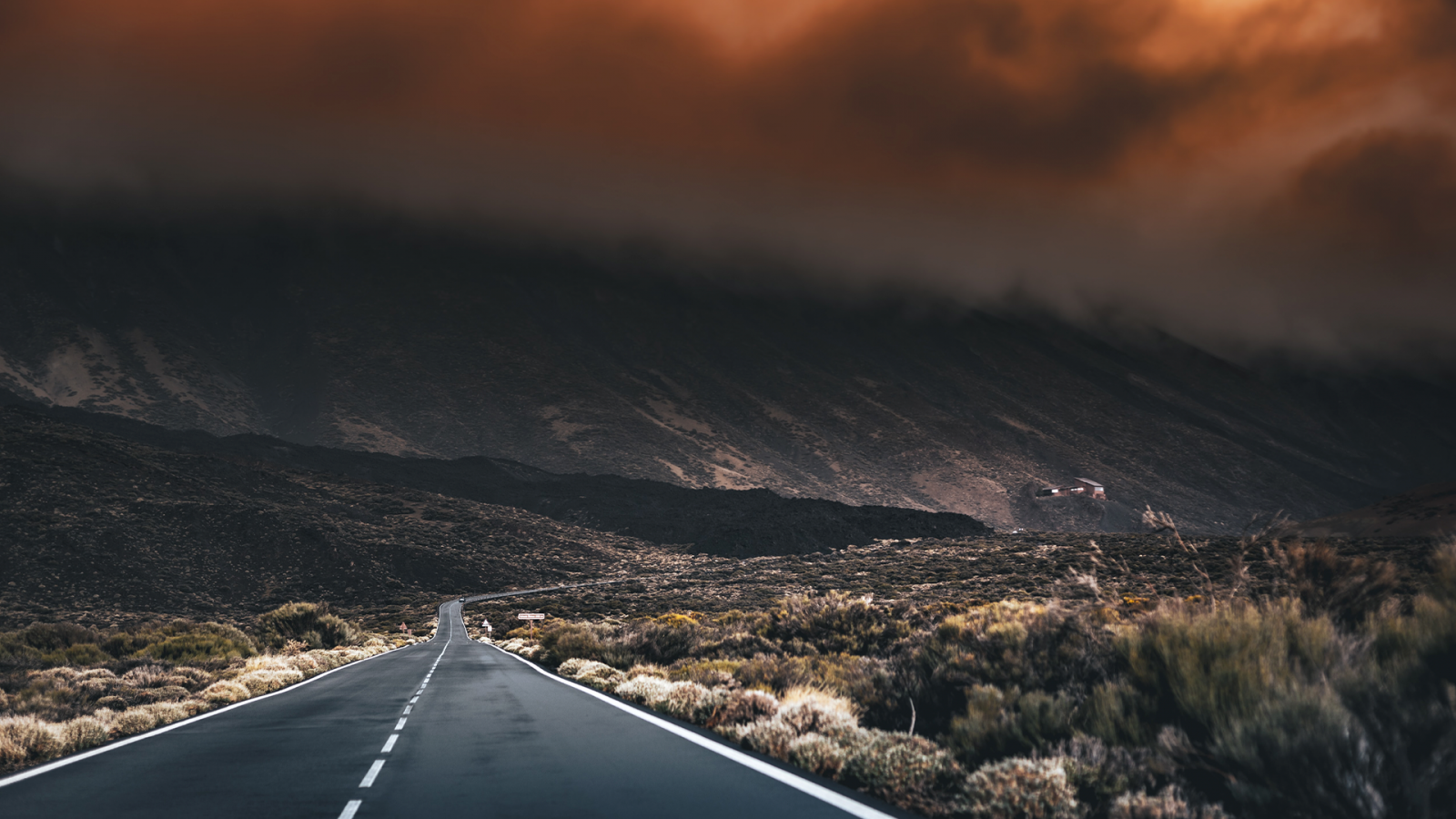 From StarzPlay to Lionsgate+ to Nothing at All

Lionsgate has announced the exit of its Lionsgate+ SVOD service from seven international markets including France, Germany, Italy, Spain, Benelux, the Nordics and Japan. Since Lionsgate launched what was once called StarzPlay, the SVOD has maintained a relatively steady level of new content in the average market, supported by vertical integration and engagement with third parties. 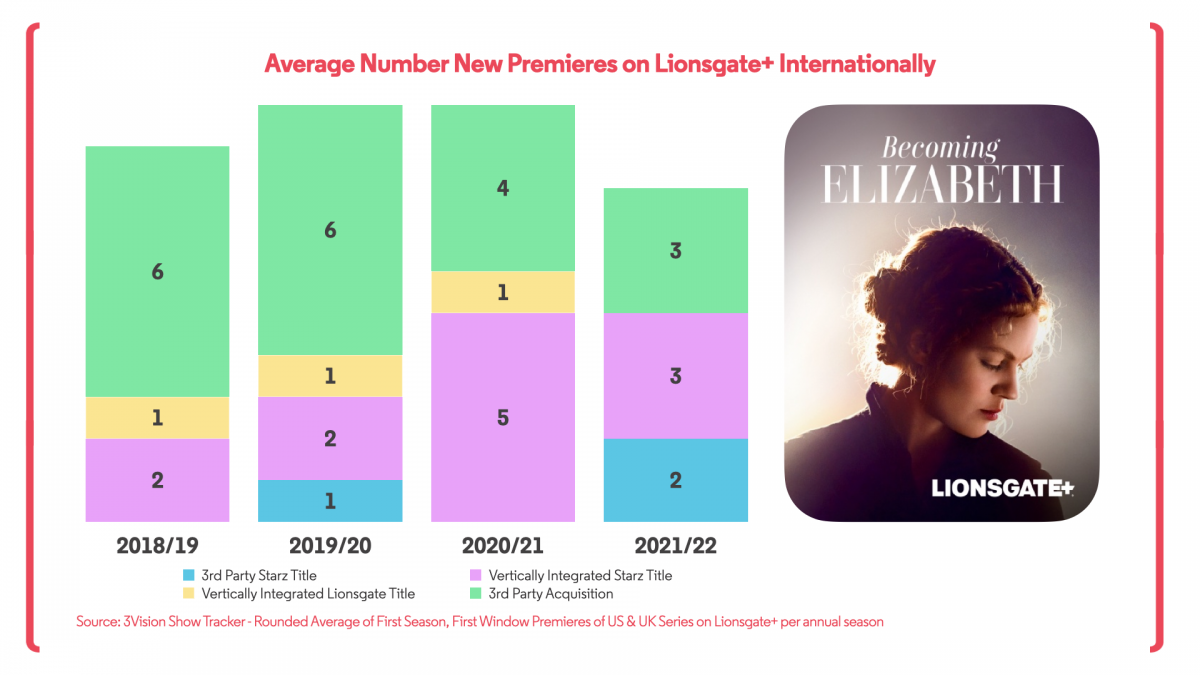 The foundation of content from Starz commissions coming from the US includes Starz shows that aren’t distributed by Lionsgate, such as ‘Shining Vale’ (Warner) and ‘Gaslit’ (NBCUniversal). Show Tracker reveals that this is further buoyed by acquisitions from third-party engagement and further vertical integration of non-Starz series distributed by Lionsgate. It is here where the activity varies more market by market. 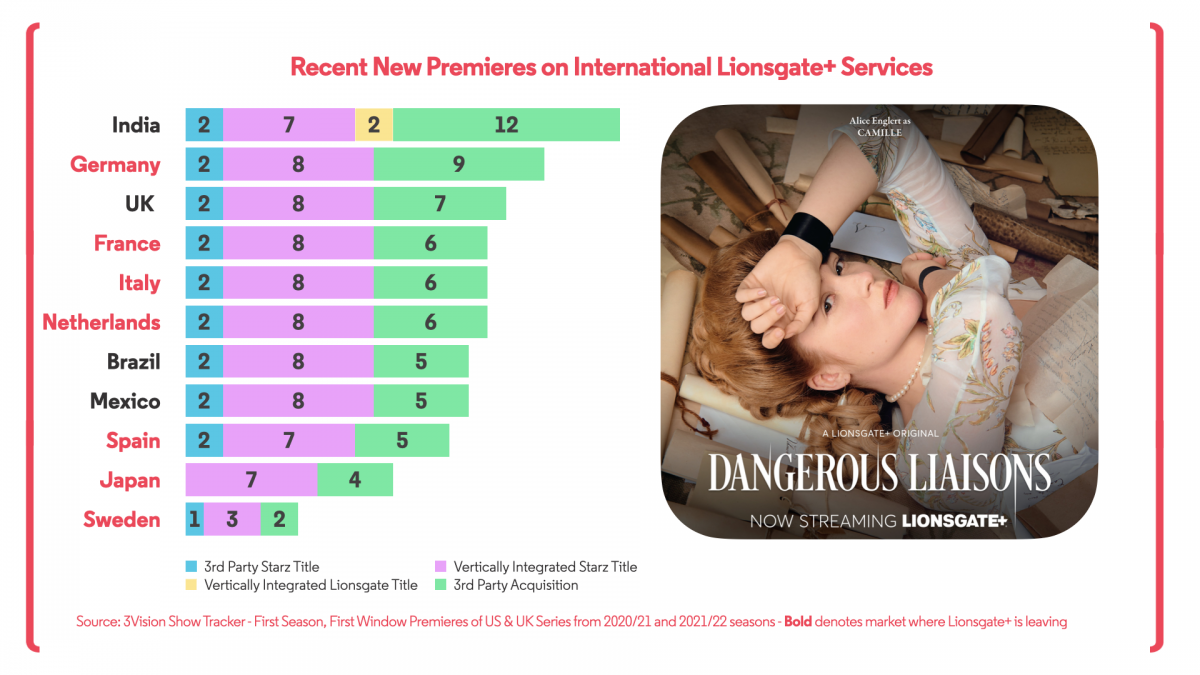 Some of the markets set to lose the service have nonetheless been its most prolific airers of new content. Germany has long held higher premiere rates than other markets, with the service managing to score first window acquisitions of high-profile shows over the years such as ‘Killing Eve’ (Fifth Season). Of course, if these markets aren’t performing well enough then it becomes difficult to justify the extra effort of acquisition teams finding and negotiating for content on a single-market basis.

While global Lionsgate+ subscriptions have almost doubled within the space of one year from 7.5 million to 14.8 million, clearly the growth seen in these soon-to-be former homes of Lionsgate+ were not an impressive enough contributing factor. However, this now presents an opportunity to a number of local buyers looking to acquire high-profile TV series. Within these markets, these Lionsgate+ premieres may not have reached that many audiences the first time round, so a second window could serve as an opportunity for local buyers to bring new premium titles to their services, accompanied by a cheaper license fee. 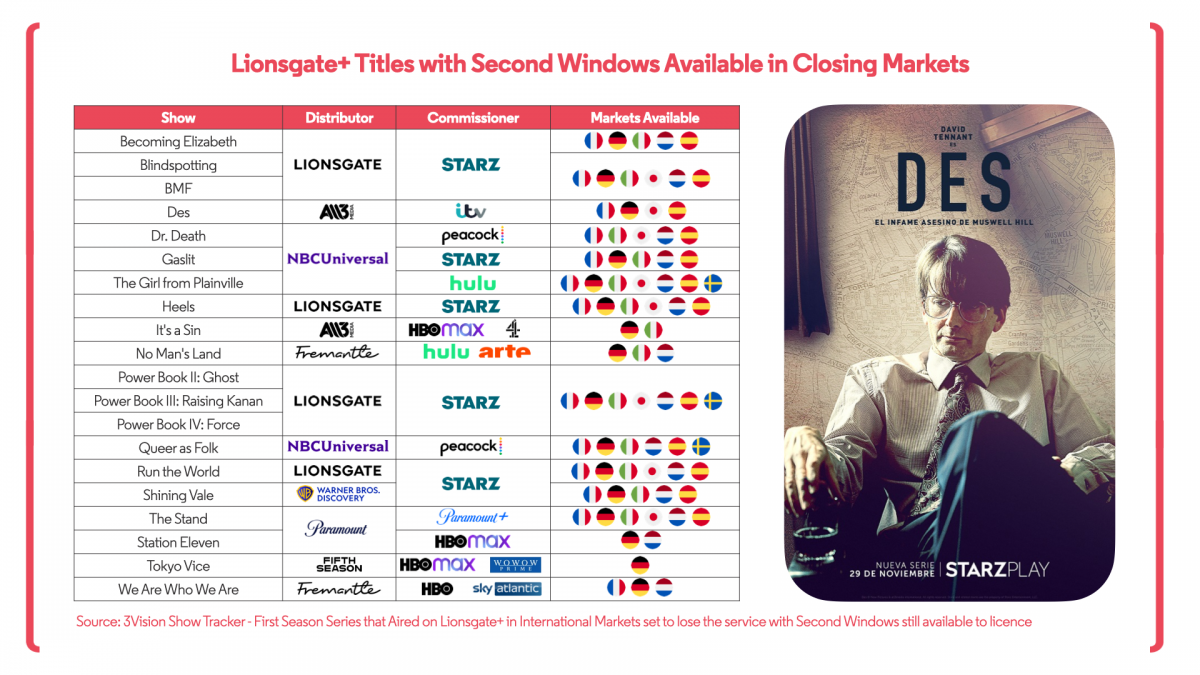 With these services shutting down a second window acquisition not only means a potentially cheaper license fee for premium dramas, but it also means local buyers can become a new exclusive home to both Starz Originals and also the high-profile acquisitions taken by Lionsgate+ over the years. As digital originals and vertical integration make it harder for local buyers to acquire award-winning TV series, opportunities like this are becoming rarer.

Likewise, for the astute distributor, a return to local markets with some of these TV shows may help raise more revenue for these series than what might have originally been accounted for at the time of first drawing up a deal with Lionsgate+.

It's rare to see a retraction like this from a studio SVOD service from its own international expansion, but if opportunities can be seized during this moment by both local buyers after affordable premium content and distributors hoping to maximise the value of the second window, an important playbook may get written up to be utilised if something like this happens again in the future.