Canadian shows for instance are finding success in international territories

CTV Medical drama Transplant was licensed to NBC in the US and aired in a spot reserved originally for the return of New Amsterdam, which saw its release delayed due to the effect of COVID on its production

As a result it is currently the most watched scripted title on broadcast television in the US right now, averaging 5.2 million viewers per episode

Most recently C-More acquired all six seasons of the title for Sweden and in addition to ITV’s sales to Netflix in English speaking territories, second windows have been sold to 4Music in the UK and ABC iView in Australia

With many Netflix co-productions already taking place with UK partners, the SVOD partnered with CBC to produce Anne with an E which is available on Netflix in all territories outside of Canada

For US titles coming into Canada, Show Tracker reveals Bell Media as a dominant force, assisted by many volume deals with US content providers for channels with branding licensed from their US counterparts such as Starz and HBO 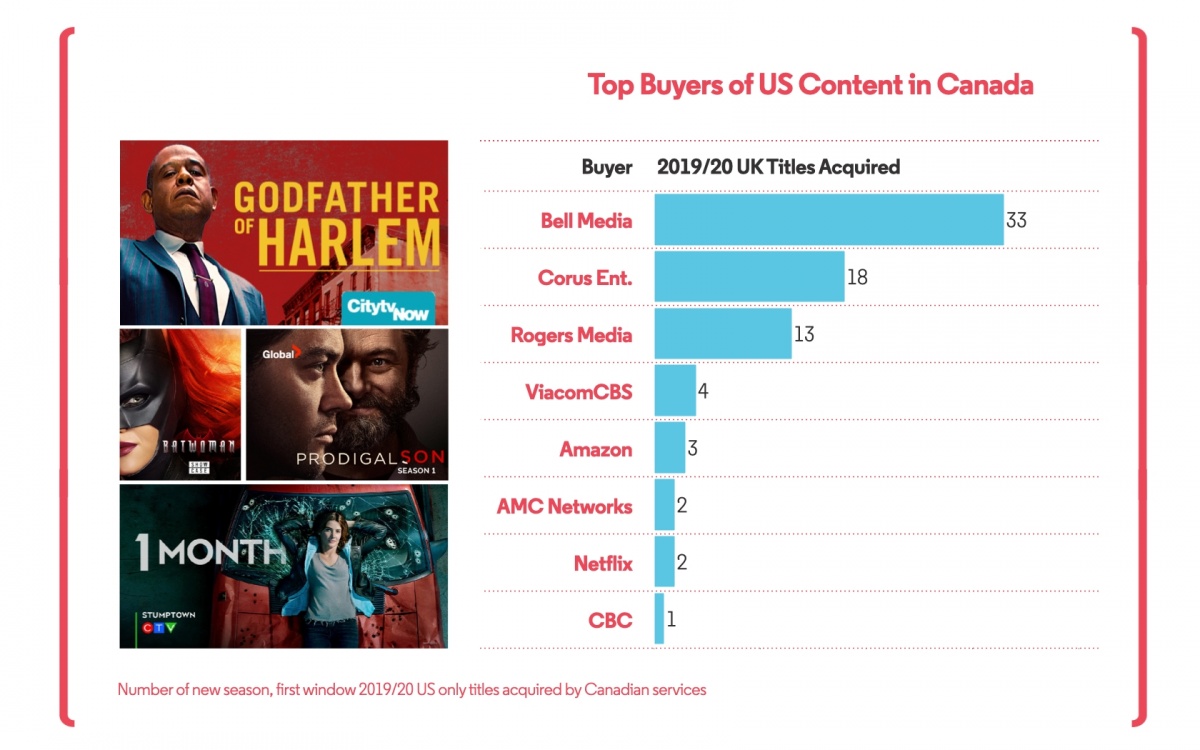 The Canadian Radio-television and Telecommunications Commission (CRTC) has long denied market access to US networks in the country, with US owned services largely limited to SVODs 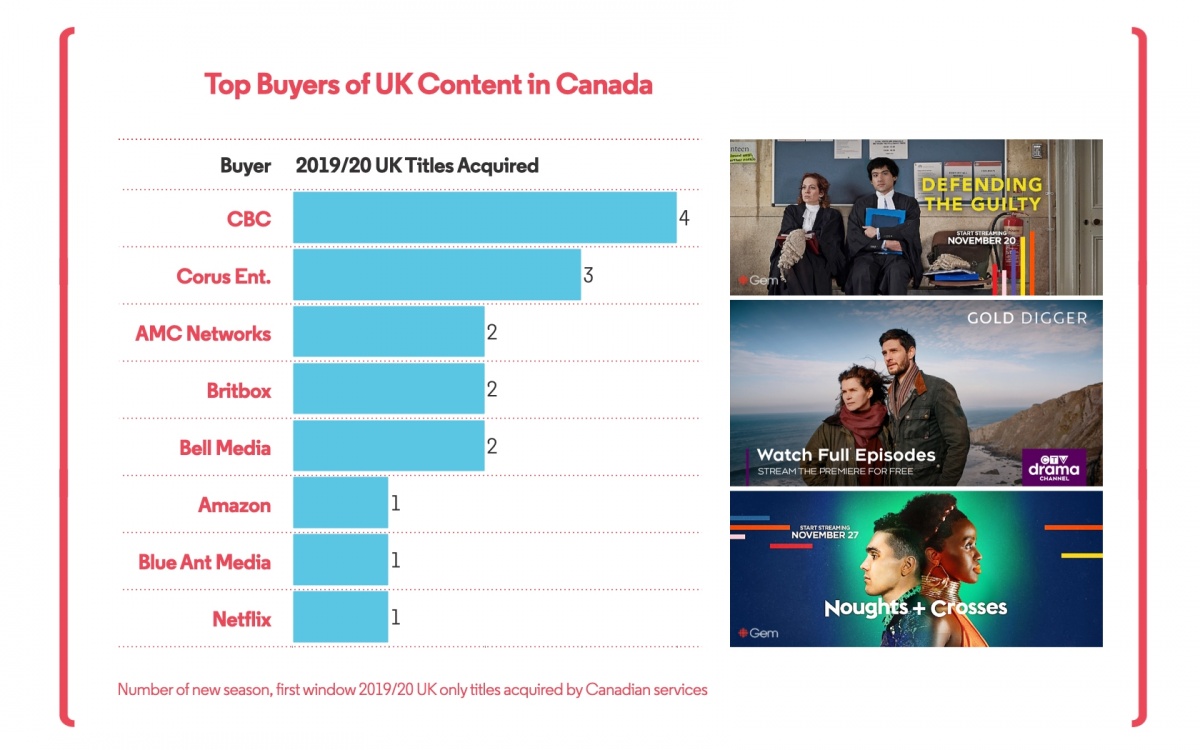 For UK shows public broadcaster CBC takes the most content, with other prolific service owners in Canada such as Rogers Media showing no interest in the latest titles from the UK