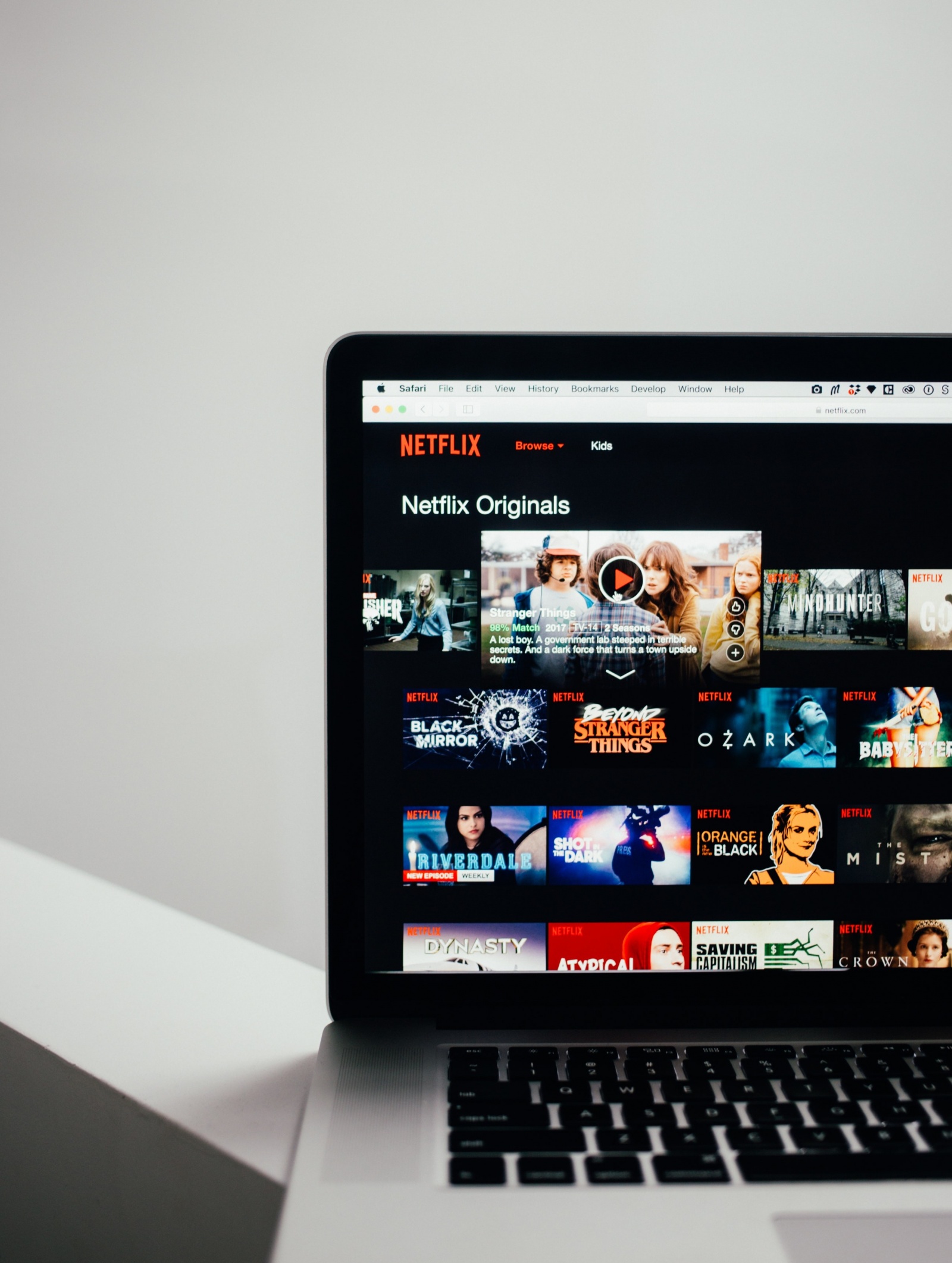 Broadcasters continuing to pick up titles after Global SVOD 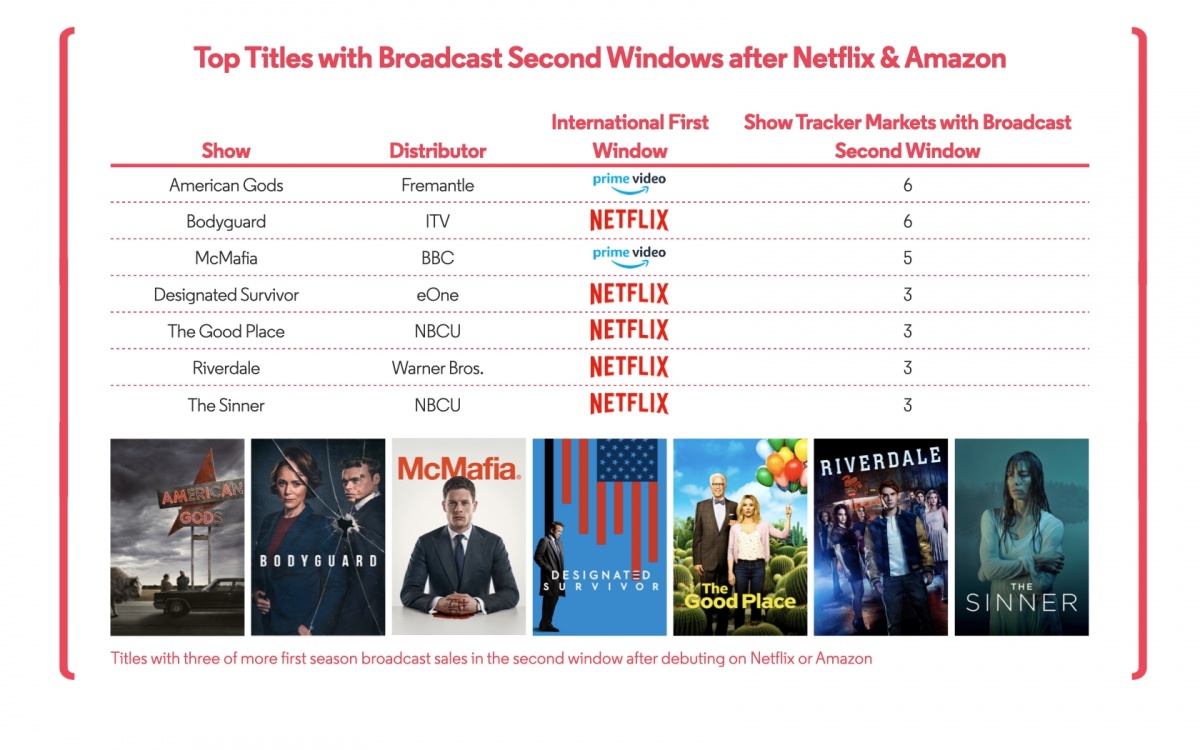 While broadcasters will likely be wary of the value of a show that has already been (and likely is still) available on Netflix or Amazon, certain key titles such as Bodyguard and American Gods obviously have an appeal broad enough to find success on broadcast after SVOD

For some of these titles it is not simply an experiment for one season, with shows like American Gods returning to premiere its second season in France (Canal+) and Canada (Super Channel), Riverdale returning in the UK (5Star), Canada (T+E) and France (Warner TV) as well as The Good Place returning in the UK (E4) and Australia (ABC Comedy). In Italy, Mediaset aired the complete run of Shooter (NBCU) after Netflix on free-to-air channel 20 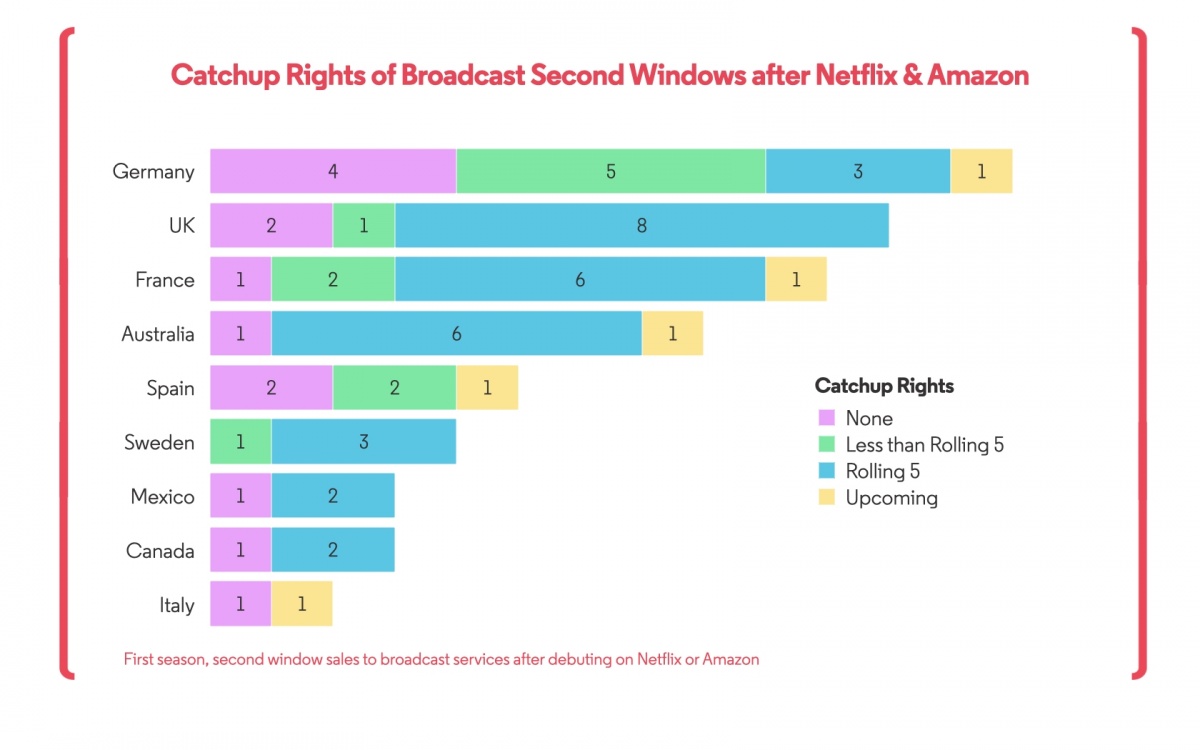 Germany leads with the most second windows after Global SVOD, with RTL channels taking five titles. Typically broadcasters following SVOD are unable to get stacking rights, to ensure they cannot compete with Netflix and Amazon by allowing people to binge a full season on their catchup service

Despite this, there are a number of broadcasters that have engaged in unorthodox scheduling, airing multiple episodes a week or sometimes a day, in order to take advantage of 30 day catchup and put an entire season on its catchup service if only for a short time. Notable examples include Canal+ (France) with American Gods, Tele 5 (Germany) with Rellik and 5Star (UK) with Riverdale