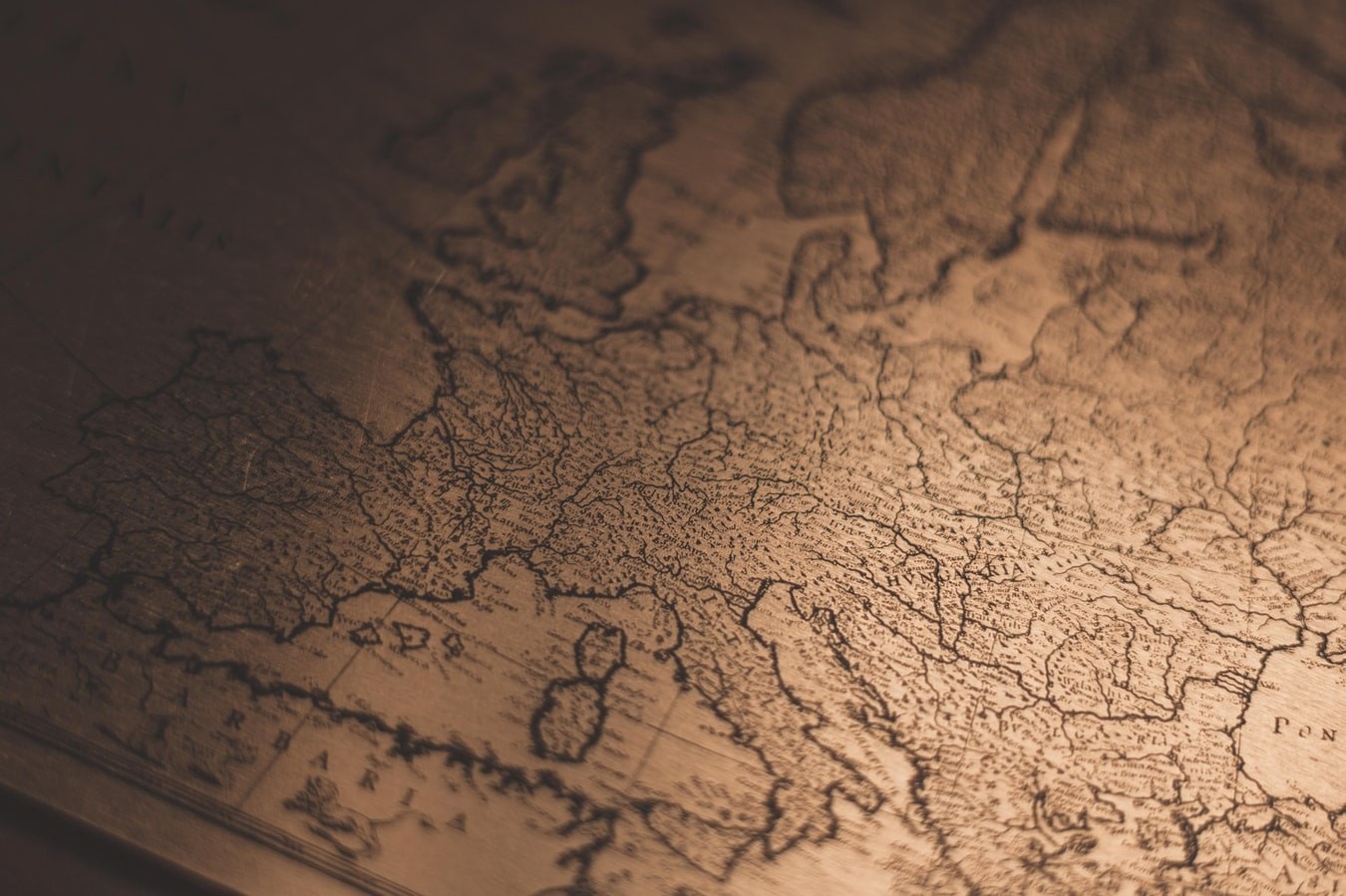 There is still a demand for new US content in key European markets. While local service owners are acquiring content, it is cross-territory channel groups owned by US studios that typically dominate sales. For some of these groups however, a large proportion of their acquisitions come from their own distributors engaging in vertical integration 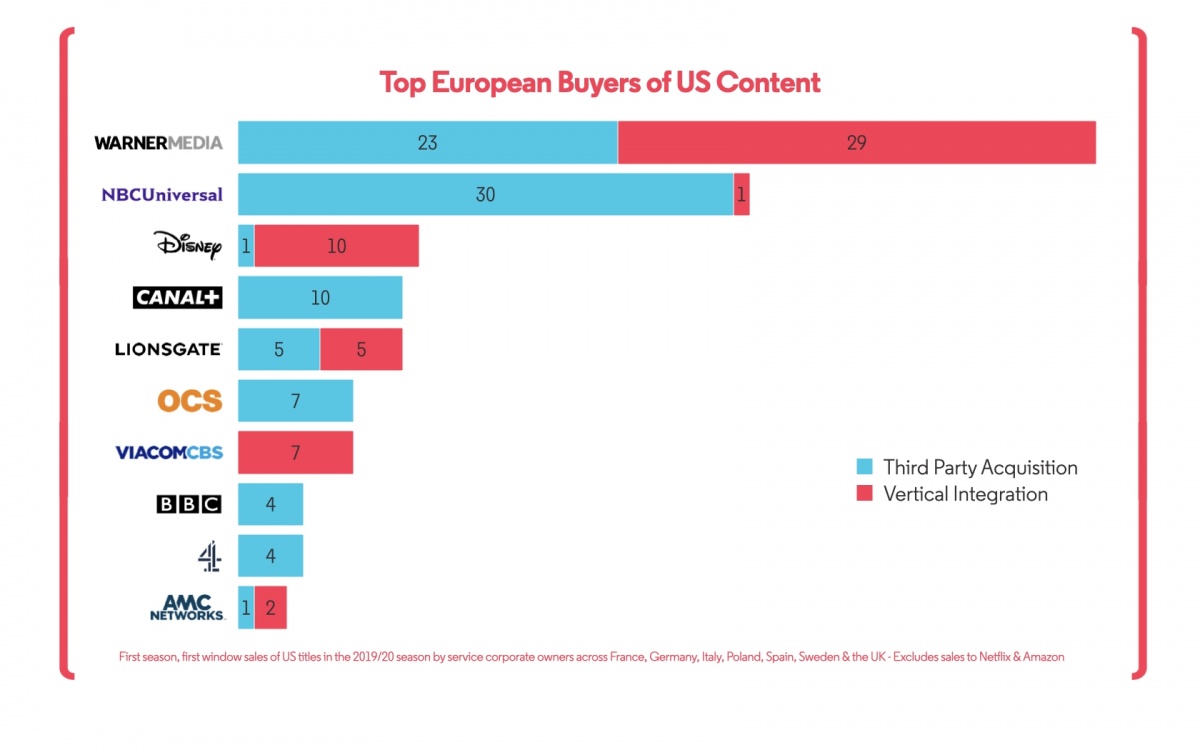 WarnerMedia appears at the top of the list with a catalogue of services including former Turner channels and the prolific HBO Local SVOD services in Spain and Sweden, but over half of the content appearing on these platforms is coming from Warner Bros. Distribution

NBCUniversal sits in a distant second, with big brand channels such as Syfy often going to third parties for content that fits within its typical genres, and the Sky channels taking a large amount of Warner’s HBO shows for Sky Atlantic across the UK, Germany and Italy

Local channel groups from France and the UK feature, with Groupe Canal+ the most prolific of local buyers. OCS, majority owned by Orange S.A. but with a 33% stake from Groupe Canal+, adds to this further 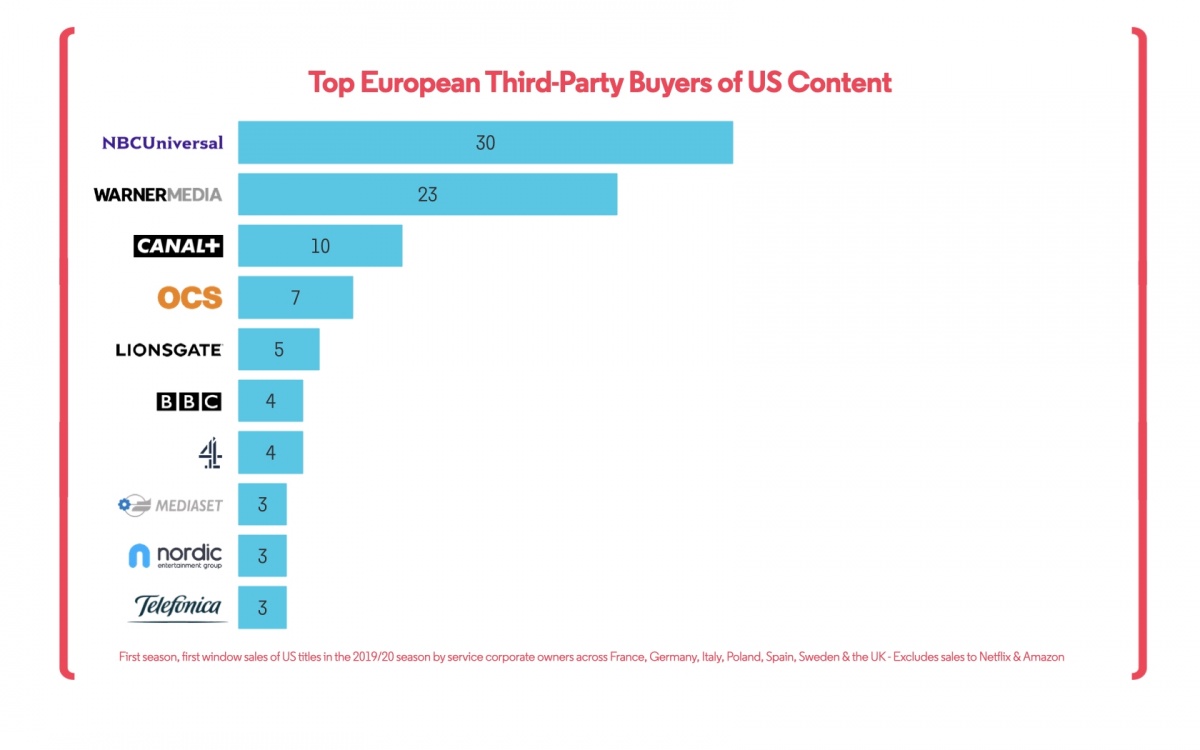 Removing the occurrences of vertical integration from the analysis restructures the ranking dramatically. WarnerMedia falls into second place behind NBCUniversal and more local buyers surface from Italy (Mediaset), Sweden (NENT) and Spain (Telefónica) as major US studios such as Disney fall out of the top ten, indicating the majority of Disney Media Distribution sales this season have been to their own services, namely former FNG channels

Find out more about the US Scripted market