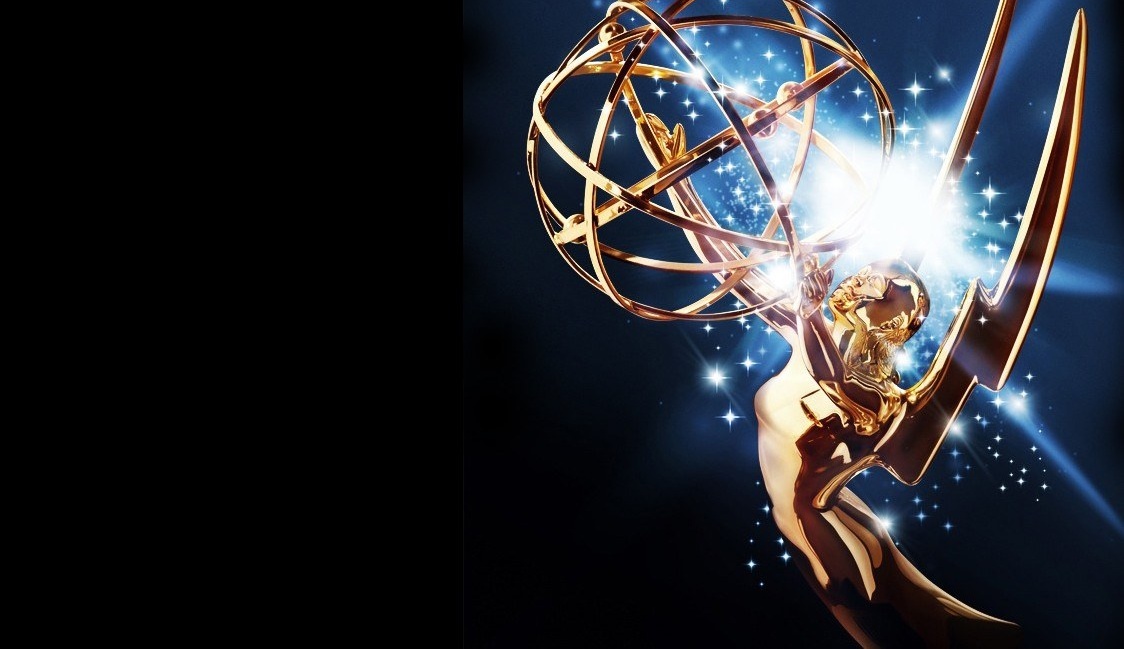 HBO commissioned titles won the most awards with 30 in total, taking 70% of the awards in Drama or Limited Series categories

When not selling to their own services, WarnerMedia’s content from HBO goes to specific buyers as part of volume deals 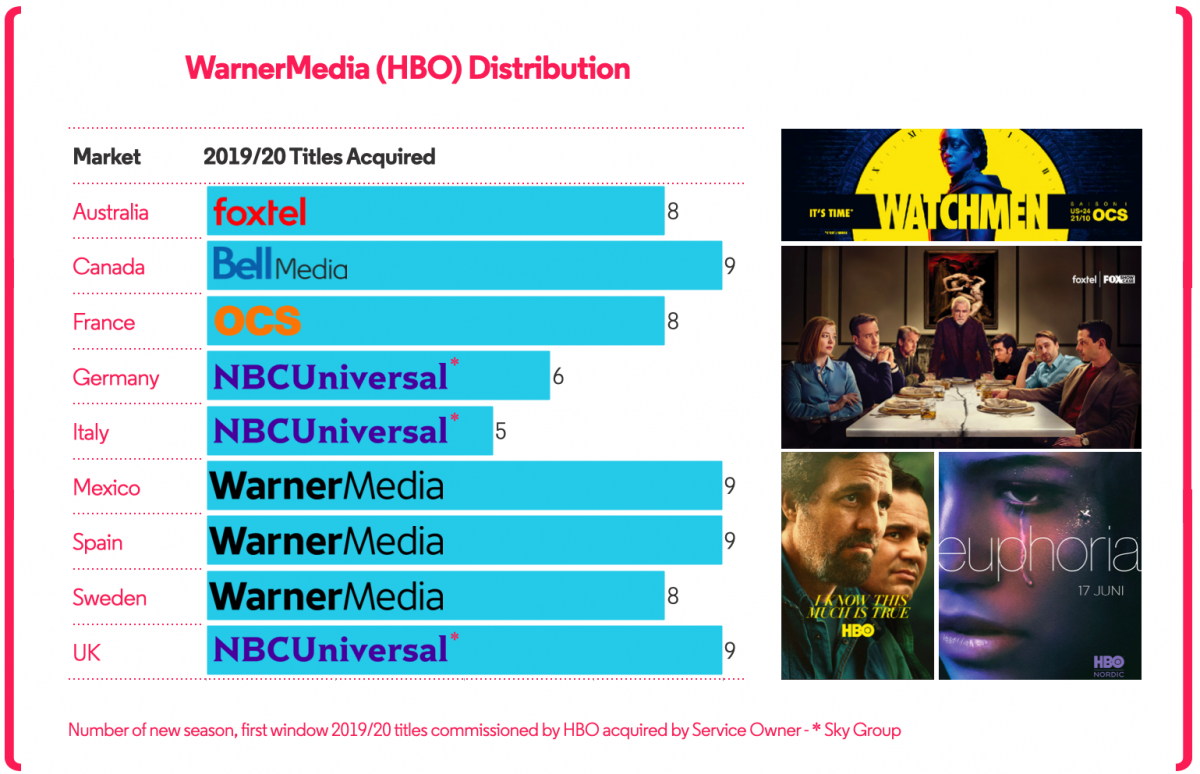 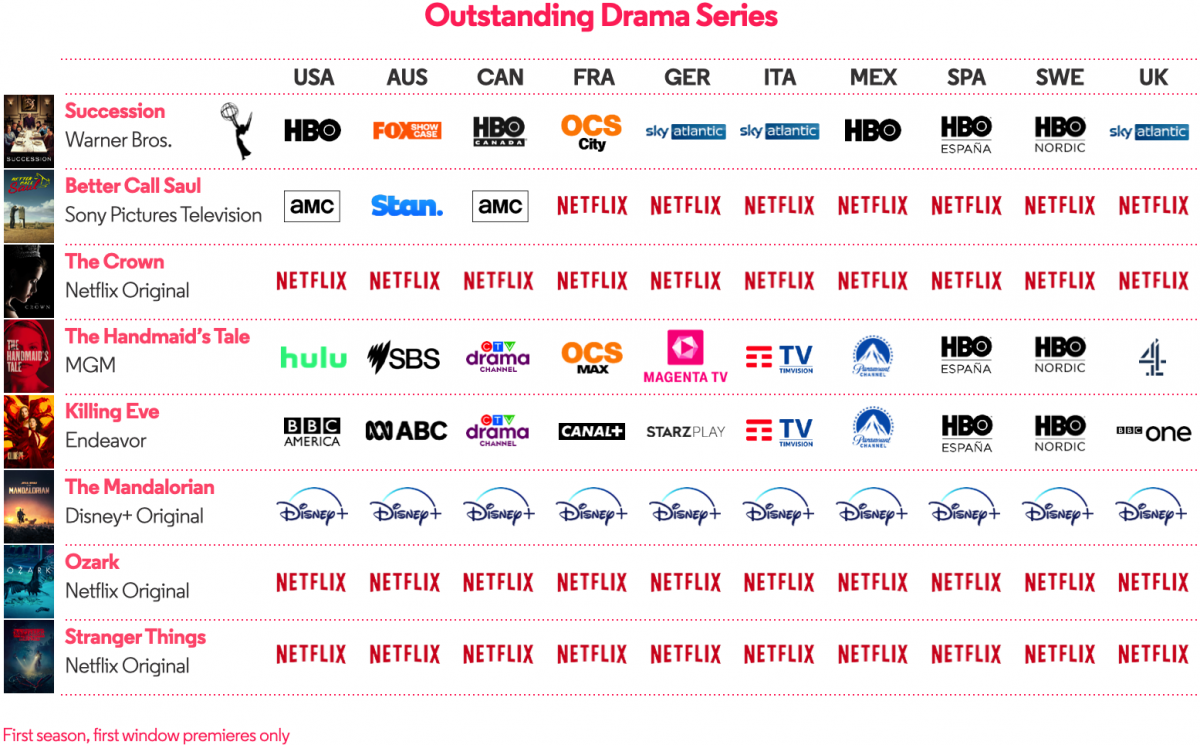 Of the Outstanding Drama Series nominees only two titles were available as individual acquisitions to buyers, The Handmaid’s Tale (MGM) and Killing Eve (Endeavor) 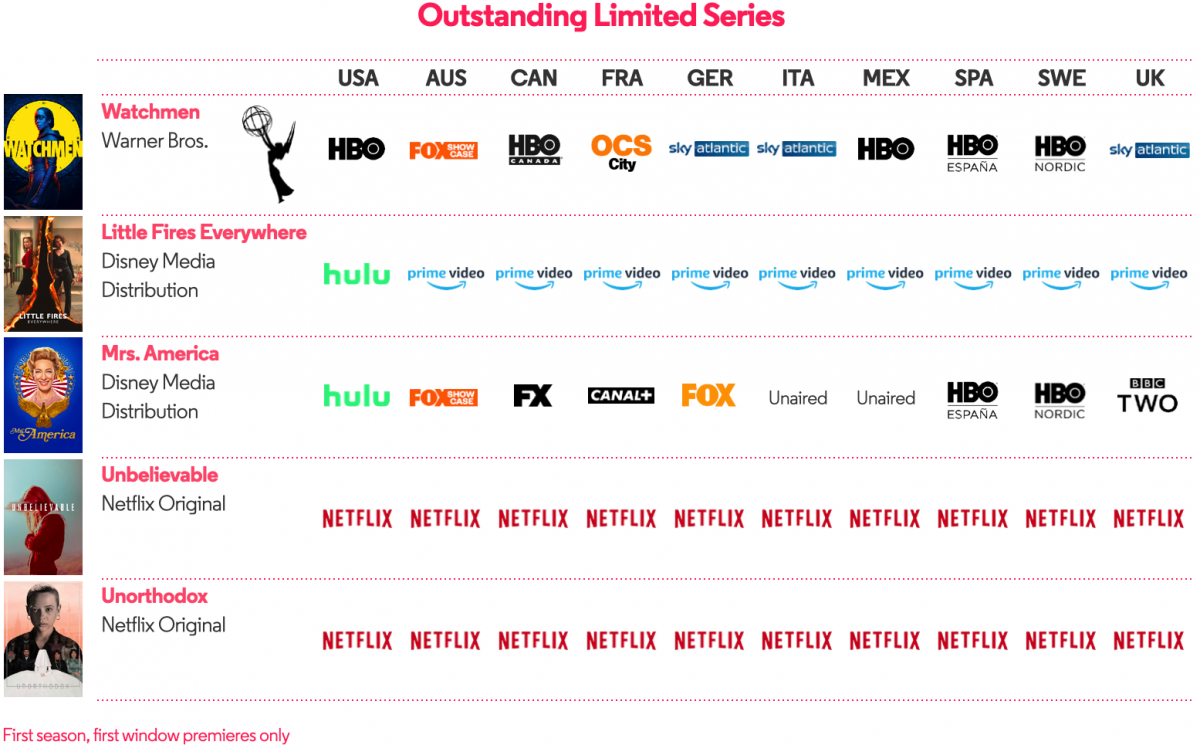 The market is challenging for even Limited Series with few titles freely available. Even Mrs. America was tied to some services as part of long standing FX volume deals that predates the Disney acquisition of Fox

As well as all of these issues, there is the increasing trend of US studios licensing to their own services internationally, covered in an insight published last week