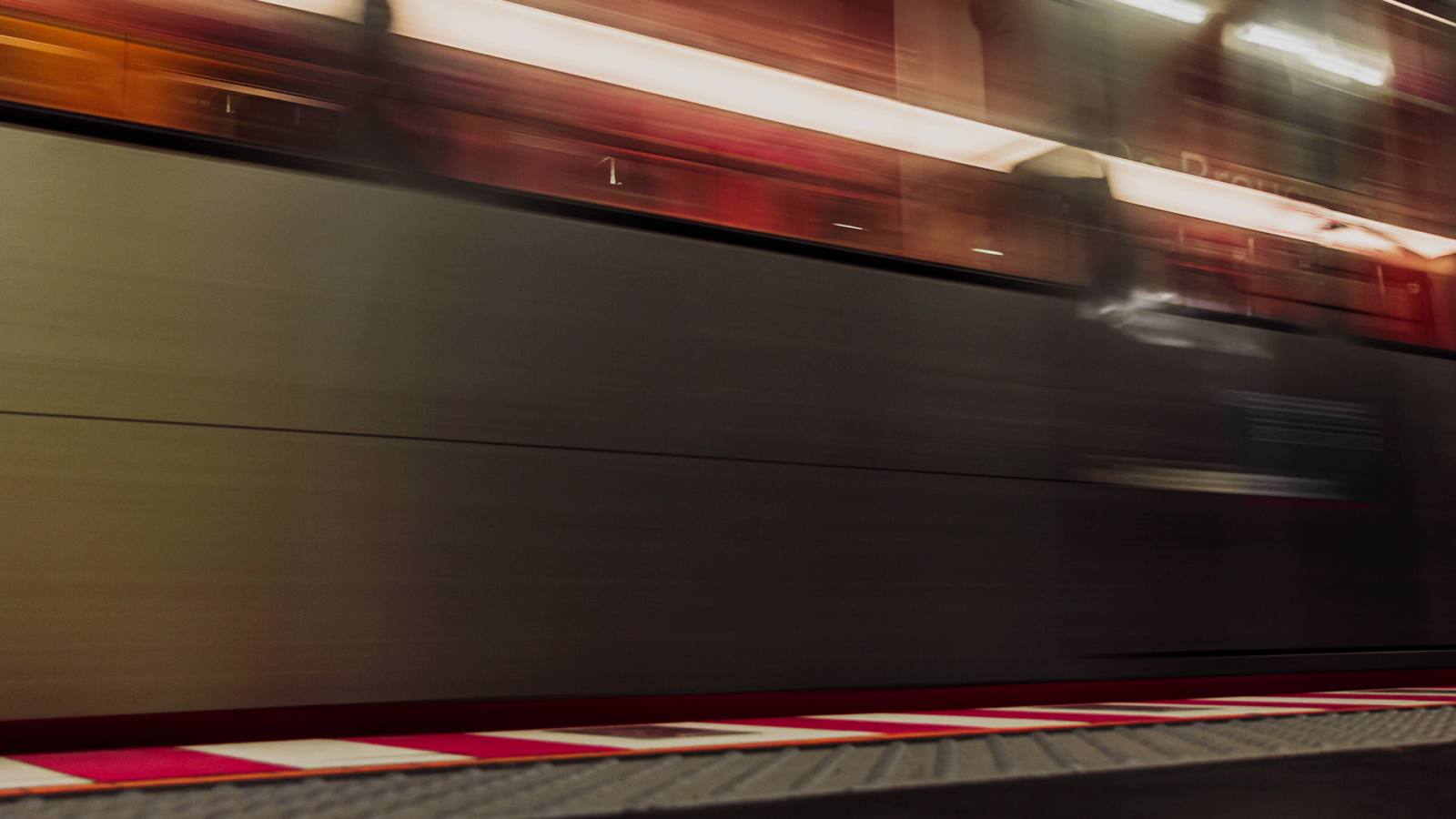 Most major studios have been responsible for more US scripted commissions than ever in the 2021/22 season, with the only minor exception being Warner Bros. Discovery which has yet to top its 2018/19 slate. 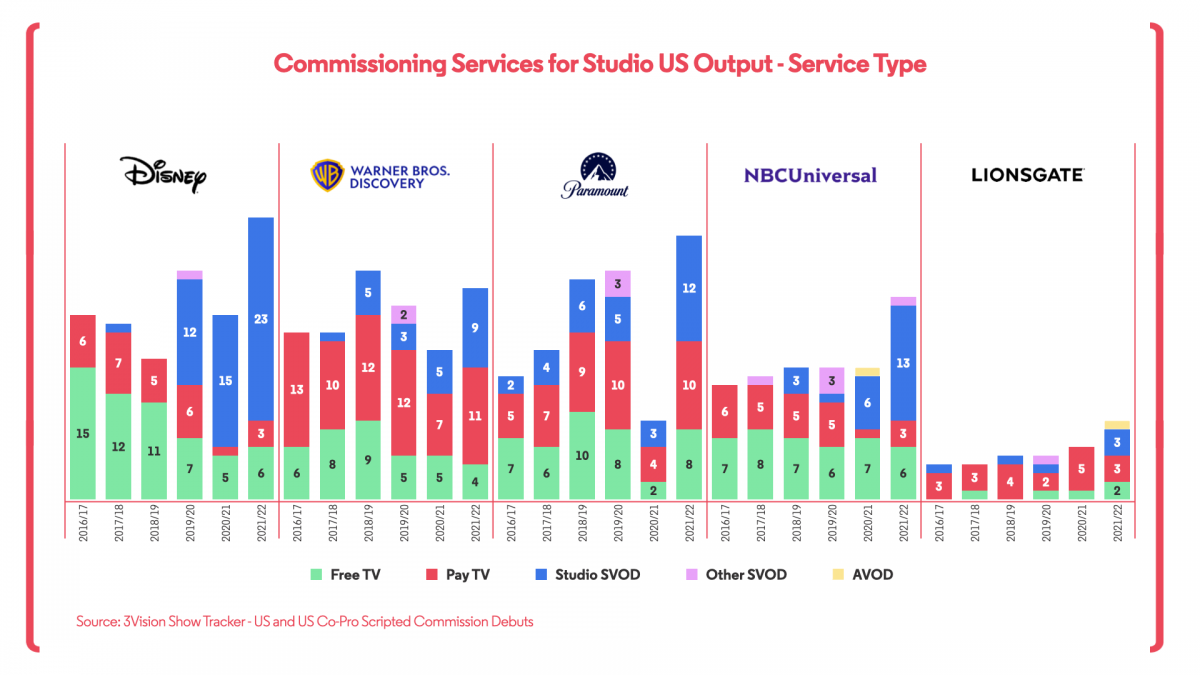 Show Tracker reveals that the main source of this growth has come from Studio SVOD commissions as most studios continue to place their focus on their own SVOD services, with their international destinations typically set to be those very same services abroad. For some studios such as Paramount, this focus has not come at the cost of broadcast commissions as these continue to remain at typical levels from previous seasons.

Disney however has swung very hard into its SVOD business, not only producing more Studio SVOD commissions for both Disney+ and Hulu than any of its rivals, but also reducing the amount of series they create for free and pay TV channels. Hulu continues to be a domestic priority as even series commissioned for Disney’s FX channel are heavily promoted with ‘FX on Hulu’ branding. The strategy for now appears to be paying off, as it was their package subscribers, which includes Disney+, Hulu and ESPN+, that recently helped push them above Netflix in the number of subscribers. Paramount is able to deploy a similar strategy, with Paramount+ fast becoming the home of Showtime in its international markets.

While Lionsgate has no major Studio SVOD presence in the US, although a digital only OTT option is made available that provides catch-up for their channels, it is nonetheless distributing three studio SVOD commissions this season, ‘Santa Inc.’, ‘Julia’ and ‘Minx’. All three of these are HBO Max Originals. As a result of this and further activity with Fox’s AVOD service Tubi (The Freak Brothers) and network TV like Paramount’s CBS (Ghosts), Lionsgate is the only studio with its own US service this season to be distributing more TV series from its rivals’ services than its own. This does ensure the distributor has a secure position to continue operating successfully after its planned sale of Starz. 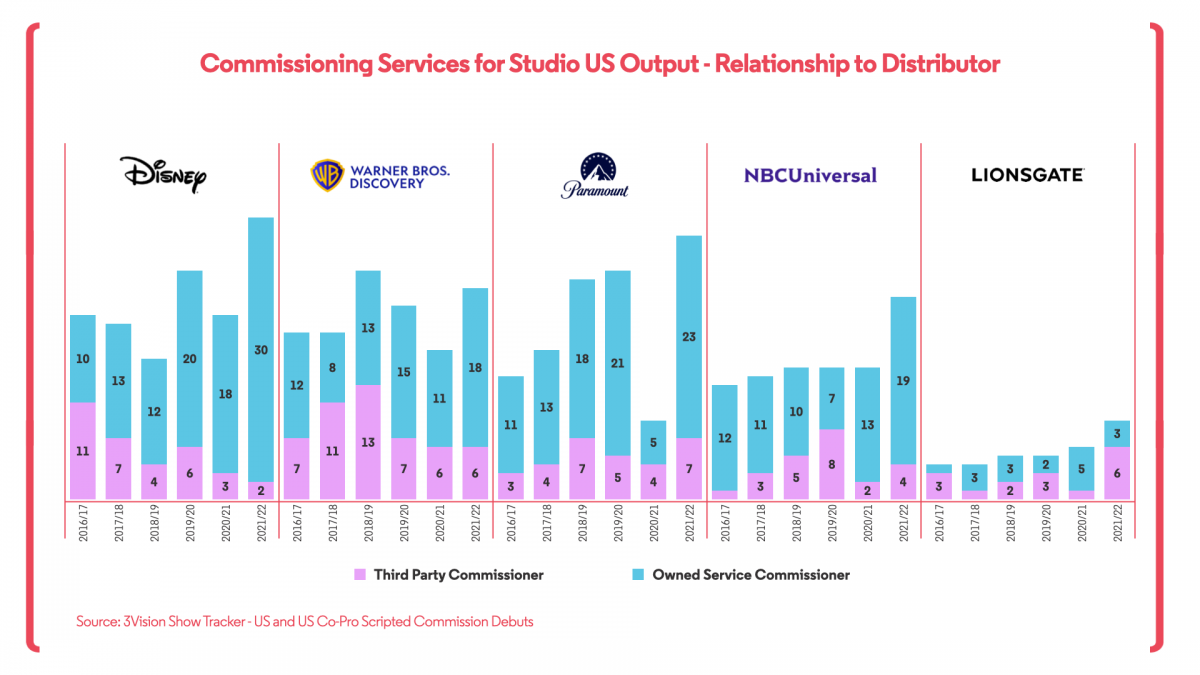 Much like its distribution strategy, Disney is virtually all in on vertical integration. The only third party commissioner Disney is working with is Fox, acting as the US home for ‘Our Kind of People’ and ‘The Big Leap’. Internationally the studio is even more unified as nearly its entire catalogue, whether commissioned by Disney+, Hulu, FX, ABC, Freeform or Fox, is premiering on Disney+ in all international markets where available, typically branded as Star Originals.

Other studios continue to engage with broadcast commissioners at similar levels to previous seasons. Warner Bros. Discovery has a limited Free TV presence in the US, with the exception of its joint venture with Paramount, The CW , itself set to be majority acquired by Nexstar. This limited Free TV presence means that the majority of third party commissioned shows distributed by Warner Bros. Discovery stems from its Free TV commissions.

A hard content push is necessary for all of these studios, particularly as many launched during the height of the production disruption caused by COVID-19. While the global pandemic helped grow online streamer subscribers for most services with so much of the population stuck at home, we are starting to see these numbers course-correct as the world tries to return to normal. This factor in particular is one cited by Netflix for their recent loss of subscribers. The benefit of an international streaming service for these studios is that for now they can still elect to work on content commissioned for their network and cable services with all these pipelines still ultimately pointing to their D2C services on the international stage.

We have already seen Netflix start to lose its historic lead in original scripted series production alongside shedding its subscribers. The increased studio SVOD activity on both the commission and distribution stage, combined with Netflix’s plans to produce less titles, means the next few seasons may see Netflix drop quite a few pegs from first place in pure volume of originals. Internationally this outcome is inevitable, as vertical integration further enhances SVODs like Disney+, Paramount+ and HBO Max’s original output, but even in the US this particular tide is likely to soon turn in the studios’ favour.