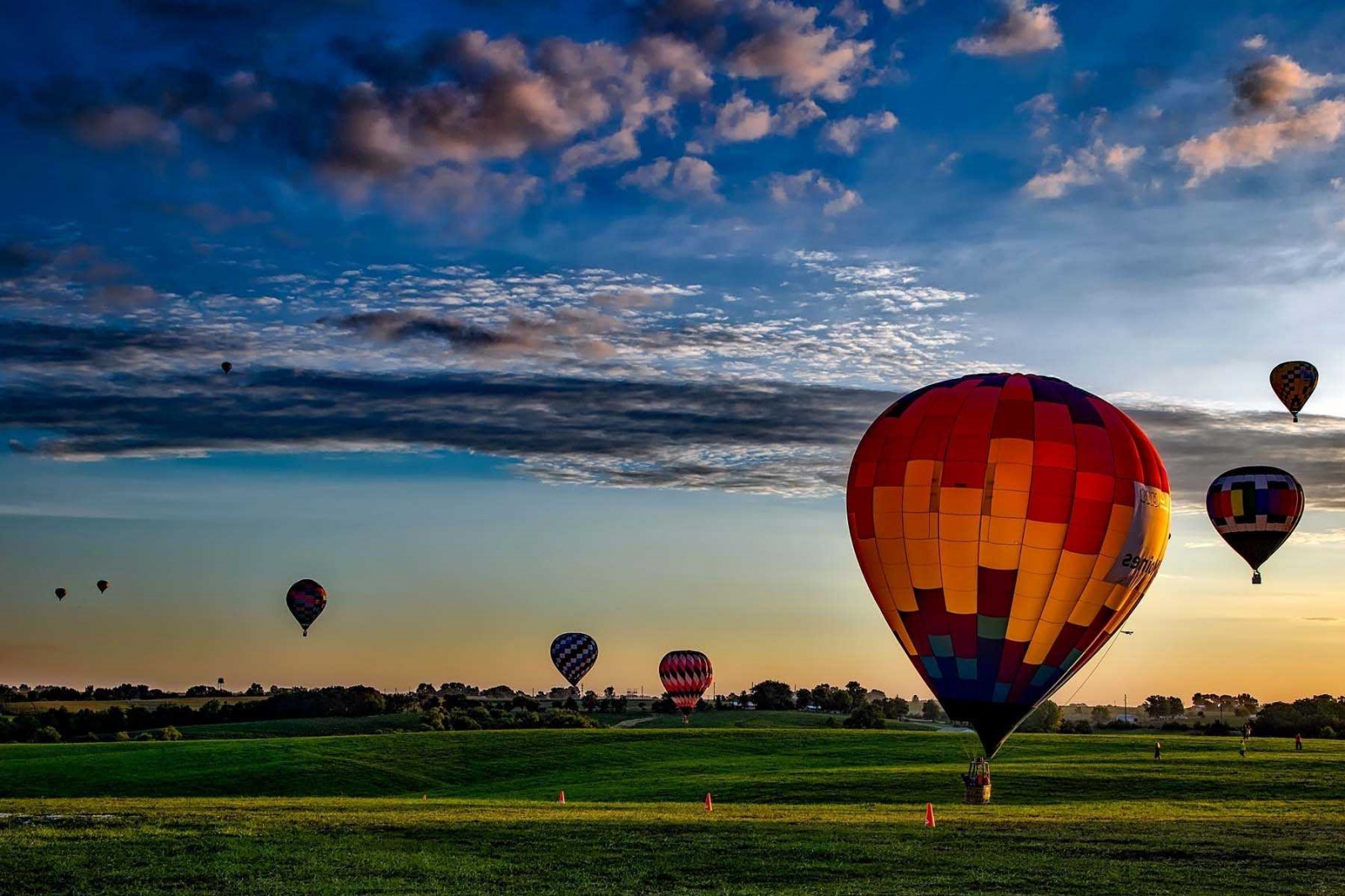 As the TV industry creeps closer to a Post-COVID world, along the way learning how to continue production during a pandemic, Show Tracker reveals how much the fall season has recovered following the impact of 2020. With dips in scripted commissions across both broadcast and VOD seen previously in fall 2020, the latest fall season shows a recovery in broadcast commissions from the 2020/21 season, but the pre-COVID downward trend of broadcast commissions continues. 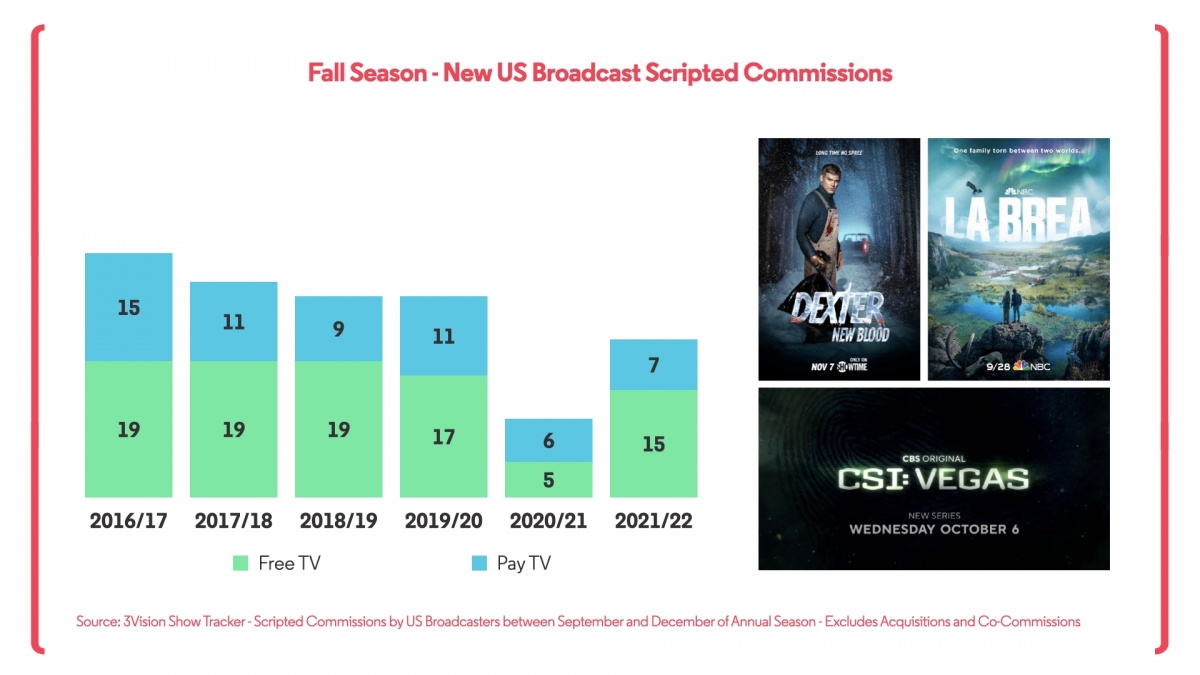 While this data on first glance would suggest a steady decline of new broadcast scripted content being commissioned, a number of TV series that premiered in the fall season of 2021 are delayed premieres from the year before, such as 'CSI: Vegas’ which originally was planned to air on October 6th 2020, the 20th anniversary of the debut of ‘CSI: Crime Scene Investigation’. Without holdovers from the previous season present, the true numbers would be a lot lower and so we could expect to see a further dramatic drop of broadcast commissions in fall 2022.

The major factor in the decline of broadcast commissions in the US no doubt stems from the growing prevalence of SVOD services, but more specifically Studio owned SVODs. These new services further split the priorities of Studios and their content, with most now commissioning more TV shows for their own SVODs than their own linear channels. 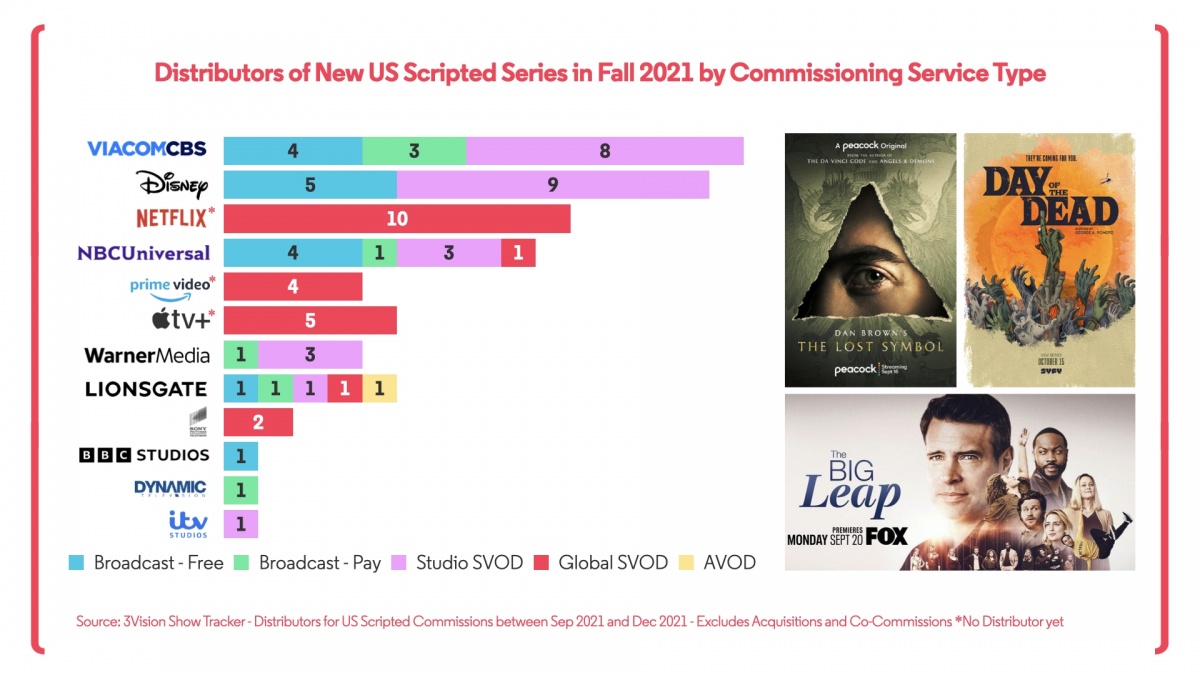 ViacomCBS has provided the most commissions in the latest fall season to broadcast channels but are nevertheless still distributing more US SVOD commissions than broadcast so far. Not all of these TV series are to their own SVOD Paramount+, ‘The Lost Symbol’ from ViacomCBS was commissioned instead by NBCU’s ‘Peacock’. The latest TV series to come from Global SVODs like Amazon, Netflix and Apple TV+ typically do not have distributors at launch, but some studios are attached early. Lionsgate is distributing Apple TV+ Original ‘Acapulco’, its second Apple title after ‘Mythic Quest’ . Sony is distributing two Amazon shows this season, ‘I Know What you Did Last Summer’ and ‘The Wheel of Time’, further cementing their position as a major distributor of high profile Digital Originals. Holdbacks typically prevent distributors like Sony from selling these TV shows in most markets for some time given the global presence of both Netflix and Amazon Prime but Sony has started to make sales in China, where neither of these services are permitted to operate, selling Amazon Original ‘The Boys’ to iQIYI last year.

While Netflix had more debut English-language commissions in fall 2021 than any other individual service, its lead over other SVODs has continued to rapidly slip. Within the US Disney’s commission activity is split between their channels like ABC and their SVOD services like Disney+ and Hulu, but outside of the US almost all Disney distributed shows come to Disney+ via Star, meaning for international viewers Disney+ will have provided more new TV shows than Netflix in fall 2021. 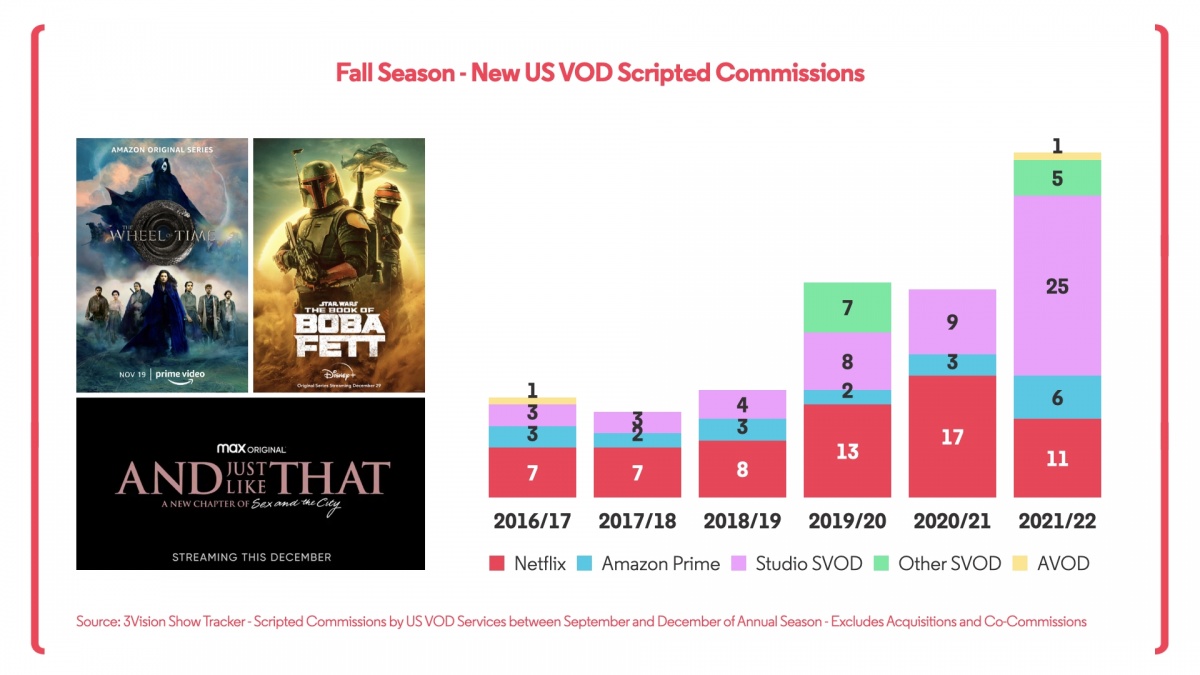 On a service level the US has seen a huge leap forward in total VOD commissions in fall 2021. This growth was led largely by Studio owned SVODs, with more commissions from Studio SVODs in fall 2021 than the previous four fall seasons combined. AVOD Originals are starting to feature in the fall season now, with Fox’s Tubi debuting ‘The Freak Brothers’ in November. The commission activity focused on VOD this season more than makes up for the decline in broadcast commissions, with the total new shows debuting in fall 2021 up 76% from fall 2020 and 22% from the pre-pandemic era in fall 2019.

While this bounce back in overall commissions can provide a sense of post-COVID optimism to the industry as a whole, particularly in production, it does also signal several future issues to be overcome in the TV distribution market. With more TV shows than ever being produced by Studios for their own SVODs, most with their own rapidly expanding global presence, the market for US scripted content closes up even further to international third party buyers as vertical integration becomes more prevalent in most markets.

Studios are making serious ground against Netflix and its once dominant level of commissions but the SVOD is still leading in foreign language Originals by a wide margin, resulting in global hits like ‘Squid Game’ among an abundance of other foreign Originals. Most of the Studios have started to chase Netflix in this area too, with Disney announcing over 18 APAC Originals last year and Warner having invested in foreign titles for a long time with its HBO Asia channel in Pan-Regional Asia.

Regardless of language, more TV shows than ever from Studios are likely come from SVOD commissioners rather than their traditional broadcast counterparts, painting a troubling future for conventional TV in the US. What was once a coveted time of year for broadcast schedulers and their advertisers is rapidly losing its value, as viewers instead settle in to a future where the biggest hits of the fall season come on-demand and require multiple subscriptions.