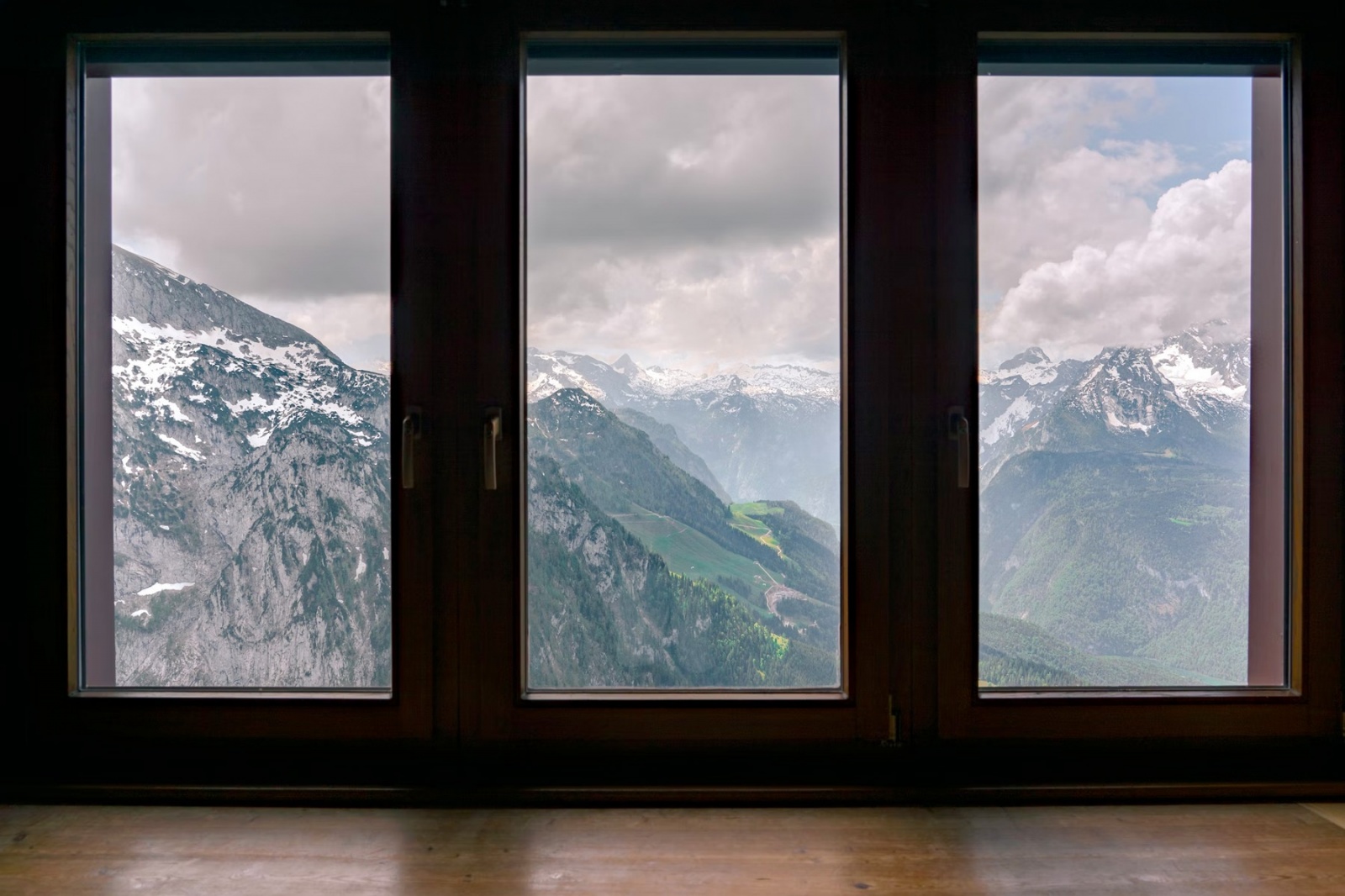 In an era where many services are keeping content for exclusive releases on their platforms, Show Tracker has detected a new trend of distributors utilising non-exclusive windowing across multiple services and regions.

China is a prominent market to take advantage of non-exclusive windowing opportunities, where series are released on the widest variety of services. Fremantle tested out multiple windowing strategies for the Italian drama series, My Brilliant Friend. During its first season, the series was released on Tencent Video and Youku during its second window. The second season of the series was then released in its first window on both iQIYI, Tencent Video, and Youku. 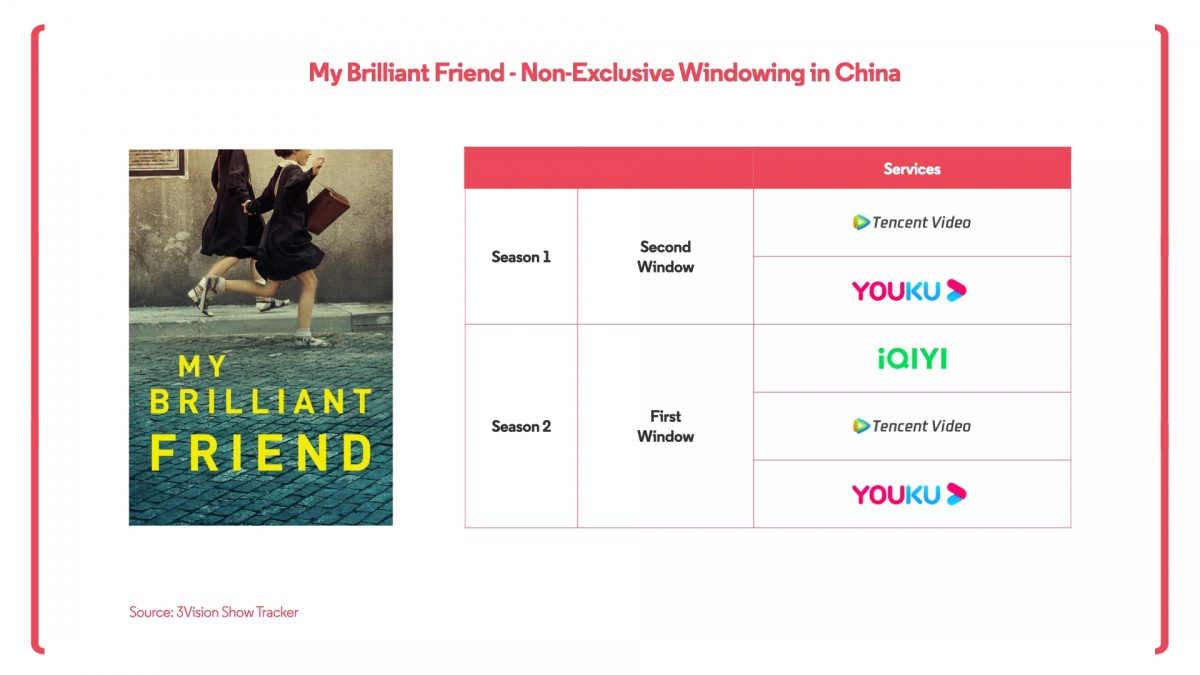 For the sixth and final season of the American drama series This Is Us, Disney has chosen to try and capitalise on its wildly successful show by launching it on its own SVOD Disney+ while also licensing it to the international services who acquired the show’s earlier seasons. In Germany, Spain, Sweden, and the United Kingdom, Amazon Prime Video and Disney+ both share the first window for this final season. 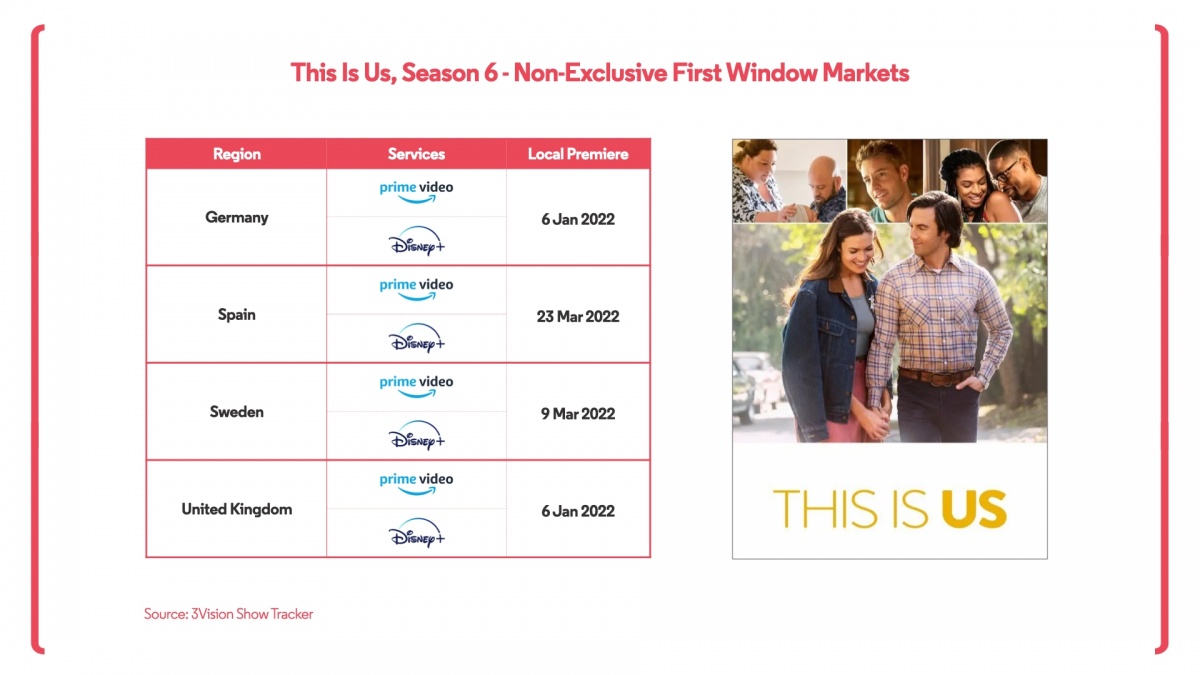 Most of the non-exclusive distribution has been found to be occurring in the first window; however, Show Tracker has also detected non-exclusive windowing in the second window. For example, The Handmaid’s Tale from MGM premiered during the second window on Amazon Prime and Salto in France and on RTL and Amazon Prime in Germany. One of many potential benefits for Amazon after acquiring MGM.

Successful value from an acquisition is never guaranteed, particularly if a buyer is sharing a window with a more prominent service than its own. Even as a second window, The Handmaid’s Tale is a strong acquisition for a local SVOD like Salto, but its presence on Amazon Prime at the same likely undermined any drive for subscribers the series might have hoped to achieve. Clearly the acquisition did little to stop the now imminent closure of the French SVOD after just two years.

These findings shows us that distributors are looking to maximise their revenue. The good news for streaming services is that this can create increasing opportunities to acquire what they may have previously thought was unlikely, yet high-value content to their platform. The decision to engage will inevitably depend largely on who you are sharing the window with.

Show Tracker is an essential tool for the TV industry, which monitors where TV shows are being sold around the world and the rights attached to each deal. Tracking over 1,700 TV shows and 360 different services in 19 markets, it provides a unified view of the distribution market. Show Tracker gives you data you can trust to drive your strategy forward and give you the edge in negotiations.