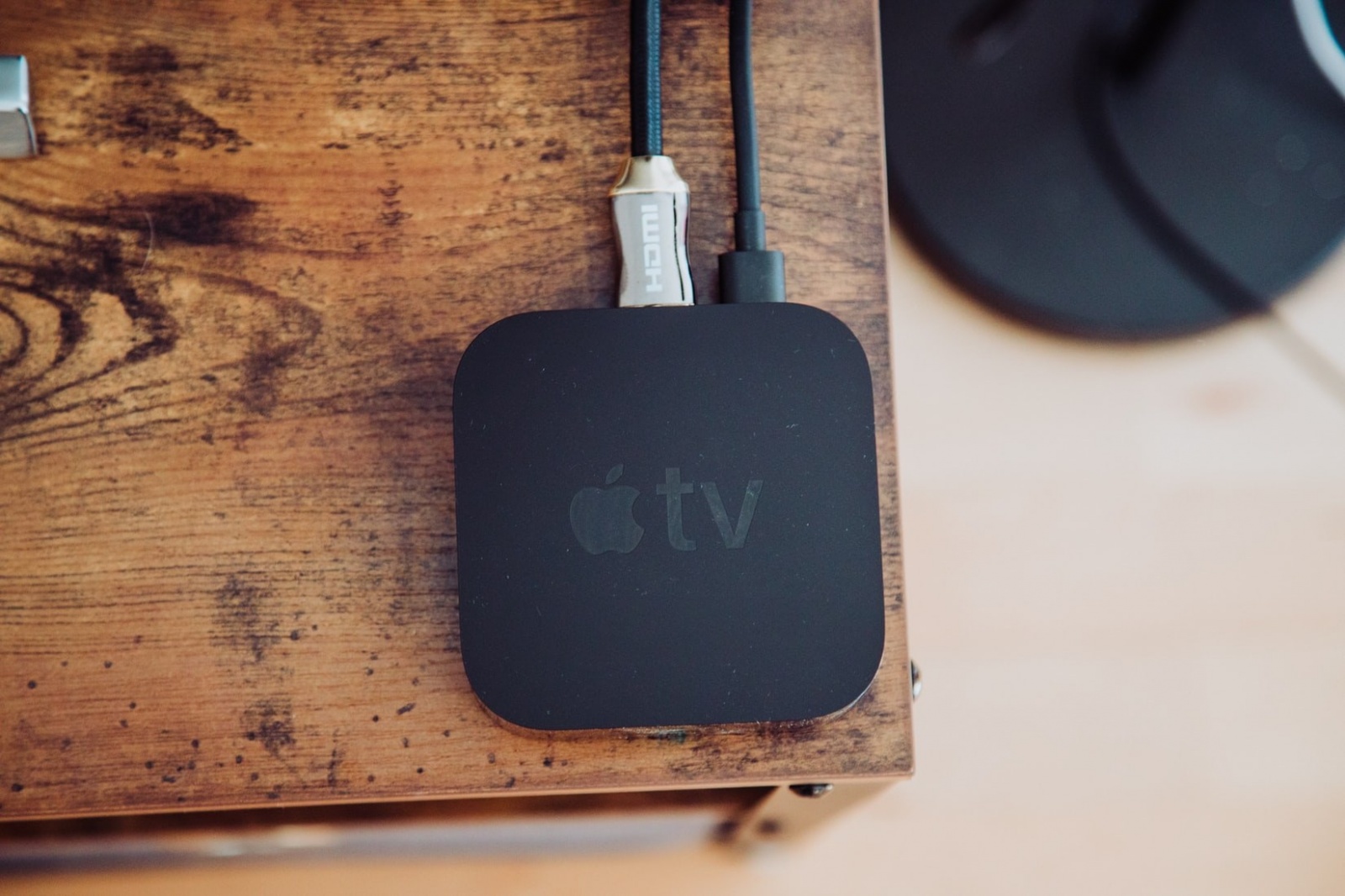 Tehran, from Cineflix, is the first title commissioned from another service to be picked up by Apple TV+ after originally airing in Israel on Free TV Channel Kan 11

Up until now all content appearing on Apple TV+ was commissioned by the SVOD , making it the exclusive home to these in the 100+ countries it is available

44% of Apple’s scripted content had a third party distributor attached to it initially, with all titles except Tehran commissioned by Apple TV+ 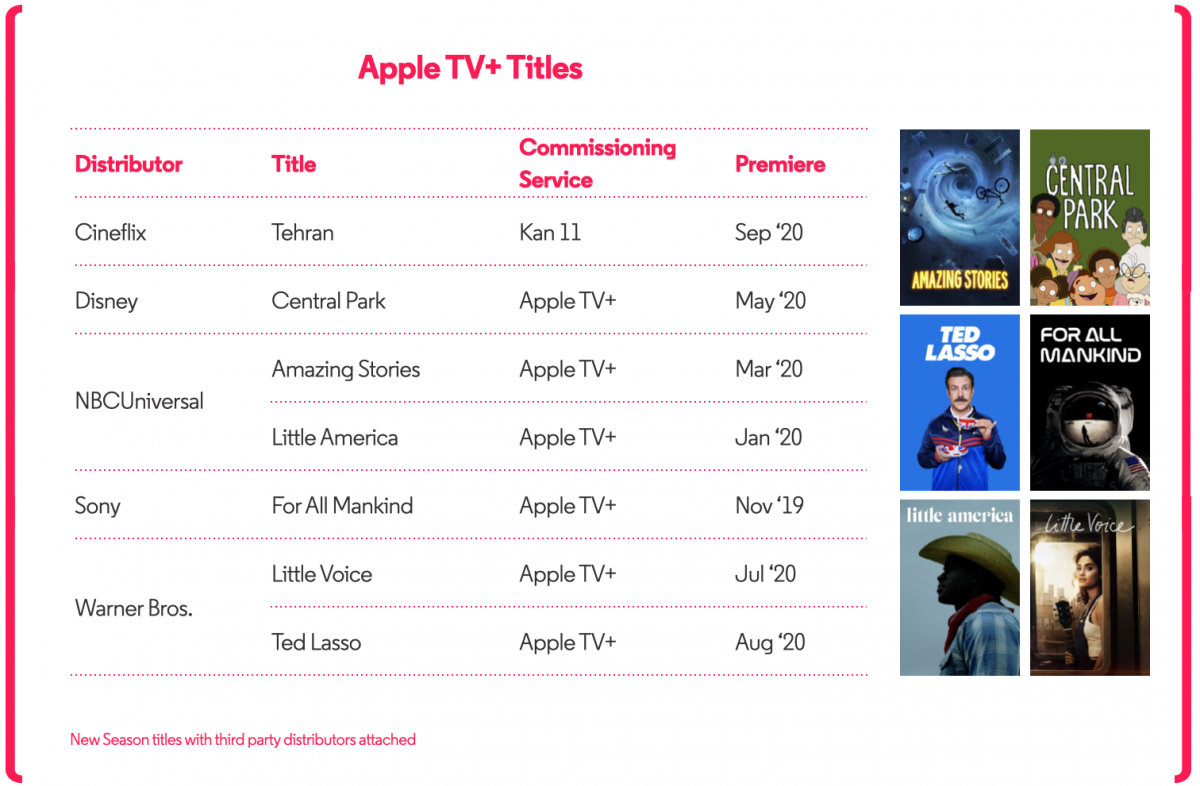 Apple has retained the distribution rights to 56% of its commissions. This may change if Apple is comfortable allowing its marquee titles to go to other services in a second window after a few years 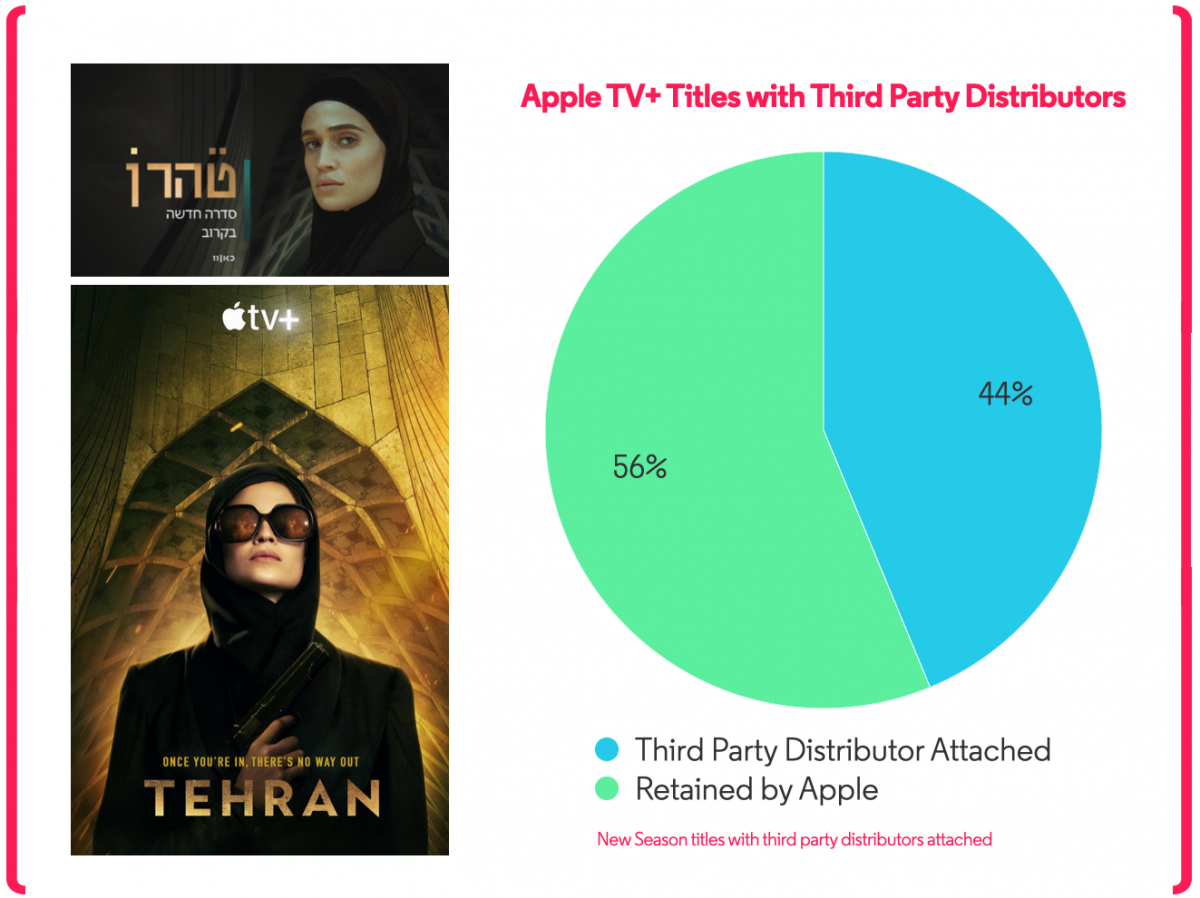 Whether Apple continues to work with third party distributors early on in a show’s lifetime or pivots into more in-house productions like Netflix, Disney and Amazon will be dependent on the SVOD’s success in acquiring subscribers

Apple has yet to declare the number of subscribers the service has, but undoubtedly a large proportion of subscribers are those who received a year long subscription with the purchase of Apple hardware.

Until Canadian rules are revised, Bell's dominance could become threatened by Vertical Integration

Read our Insight on Apple TV+